Another Year And The Magical $48k

The end of the years is coming shortly, there are only 18 days left and looking at the BTC chart, I was thinking of how the year started and where we are now. 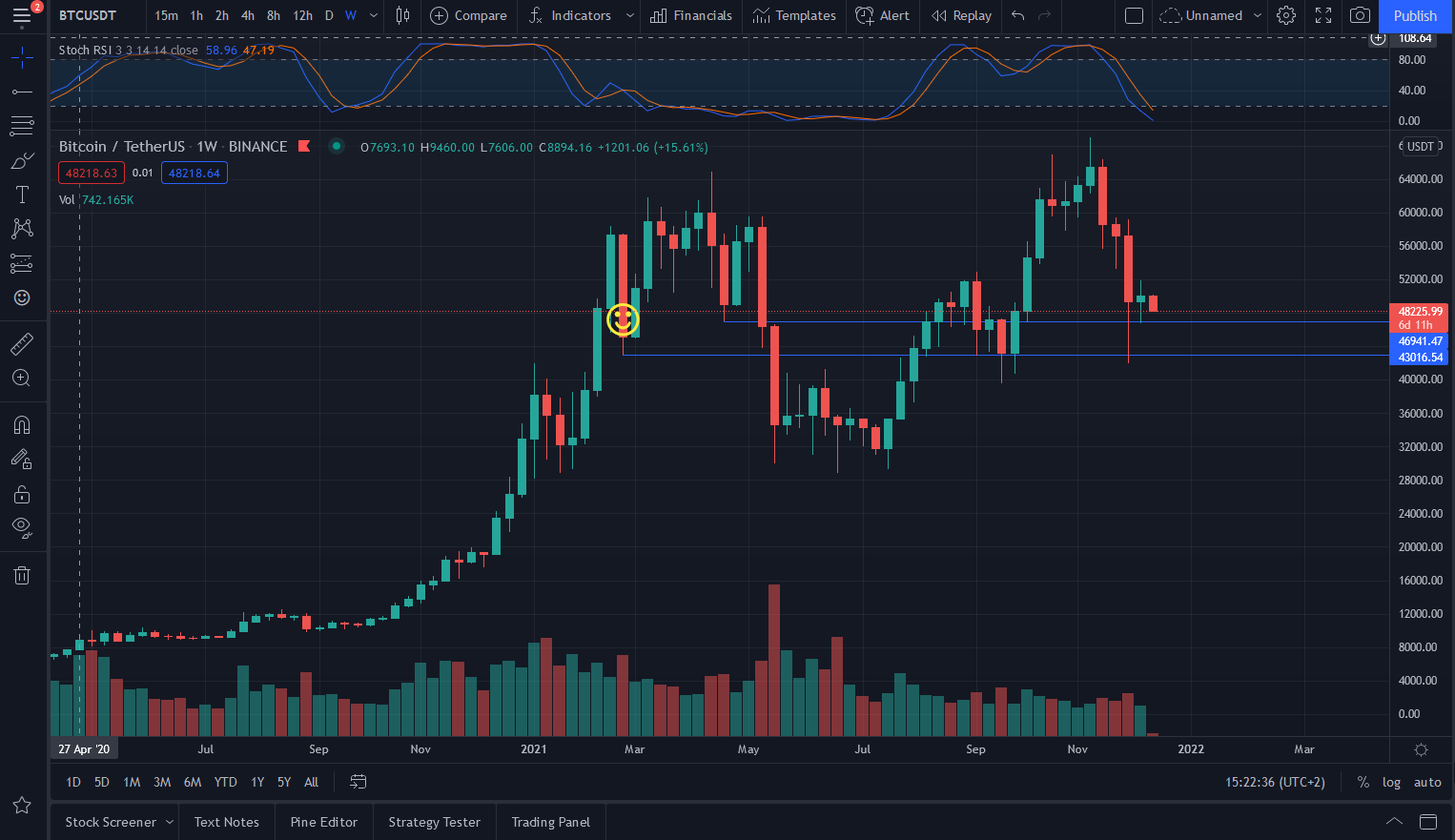 I remember the last week of February, when BTC went from $57k to $45k, I was watching the chart as a hawk and I thought this is the time to jump in, buy some BTC as we're going to the moon and if not now, when are we going to get another correction like this? I wanted to try out the BTC ATM as I had some cash and to circumvent the bank system and avoid paying fees when I transfer my funds to the exchanges and then to my cold wallet, I chose the ATM. 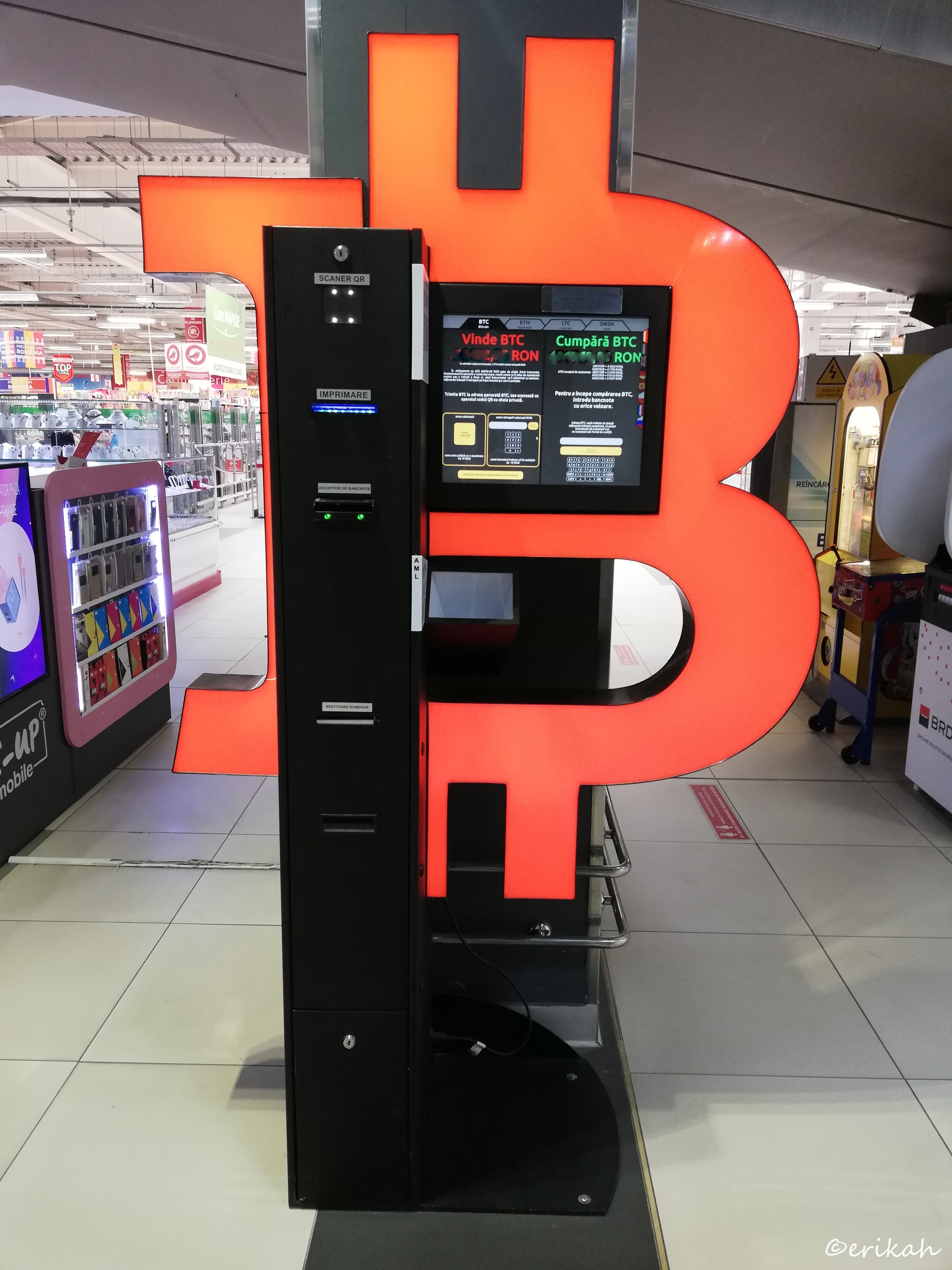 The good thing about it was that I could use both local currency and foreign one as well, so there was no need to lose my money on exchange rates. We don't have exchange fees here in Romania, but rest assured that exchanges are not working for free, so they take their cut, which is hidden in the price.

Long story short, I bought BTC twice at the end of February, first time at $47951, the second time at $47166. At that time it looked like a good deal as after that BTC took off and reached a new ATH in April and it was not for trading purposes, but for long time investment. Then we know what happened after that. 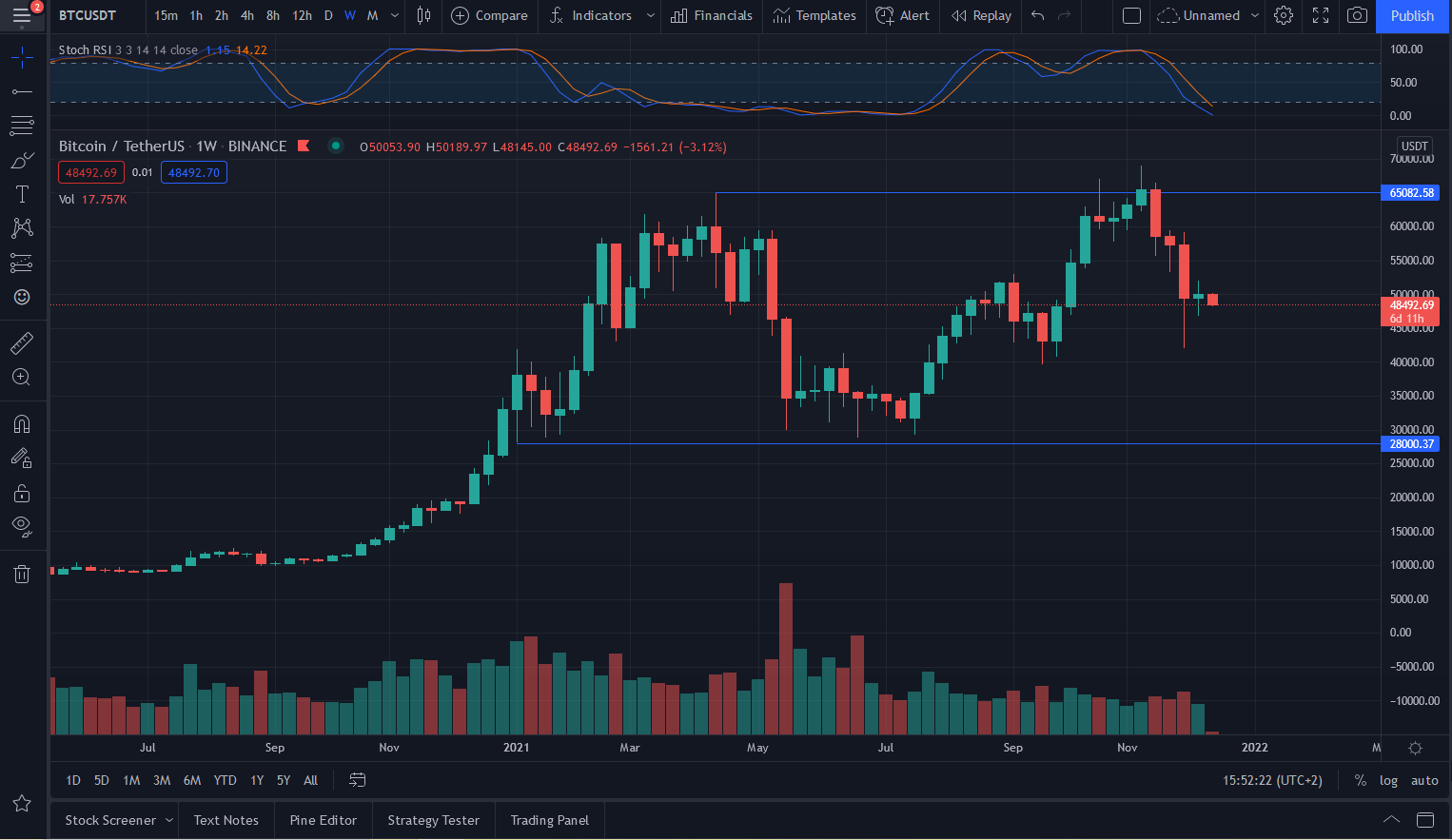 Breakouts, fakeouts, shakeouts, one after another. BTC started its roller coaster ride and crossed the $48k line a good few times, up and down, up and down and at this very day, we're around the $48k region again.

Many have predicted $90k-ish level for December, not to mention those who said the God of all crypto is going to be traded at $220k by the end of this year. That's not going to happen, there's no way BTC can double in two weeks, let alone go to $220k. That said, I think it's safe to say the peak of this cycle will be in 2022.

Today I saw a video, a prediction about when BTC will reach the absolute top approximately and how high that op could be. There were two calculations actually, using two different methods to reach almost the same result. They took the history of BTC, from 2010 till now, combined data from all the exchanges, taking into consideration the time spent by BTC from all time low to the first peak, then the correction, then applied a FIB on it and so on for all the periods. I'm not going to bore you with the details as the result is that counts.

So one result said BTC top would be at around 198k in November or December next year, the other said 246k in October 2022. Obviously these are predictions obtained by extrapolation using historical data and can be right or wrong. Based on what predictions we had this year and where the market went instead, I am taking every prediction with a pinch of salt anyway.

So What Am I Saying Here?

So basically we have 10 months or so, or six or whatever, in which literally every token is going to go up and down. To maximize our profit, it would be good to sell all at the top, but we all know it doesn't work that way. Once because no one knows where the top is, we only know afterwards, which is why you may miss the top and miss even more waiting for the top to come back. So I'm going to take profits on the way up and buy some of the dips and repeat, to secure my capital.

We know this cycle is not like the previous two and I suspect alts are not all going to run in the same time, which is a good occasion to ride the different waves. Some of the alts have already had a good run, others have done nothing. It would be wise to take some profits on those that have had a good run already and focus on those who are still trading at the same level as all year long.

We only have one shot here, there's no rewind button on this, so ... let's do it right.

So much happening in world economics affecting too much to predict anything with a certainty, taking a little off on top then reinvesting when down a good way to handle matters at the moment.

No straight lines in anything except man made, even here straight up and down on a bit of a ride once again 🙂

You are right, we have take some off on the top and reinvest.

No straight lines in anything except man made,

This is also man made, but not by the little ones like us, but the big guys, the market makers with very deep pockets :) We can never compete with them, they have the power :)

These man made lines are straight up and down by powers of deep pockets, like moving pieces on a chess board, it will settle hopefully soon into a more steady upward trend, hang in there 😌

There is no mistake in buying the deep. The most common mistake people make is buying at "broken tops" and selling at "broken lows" because... OMG!!!1 the Boundary has been broken now we are going to the moon, I just need to put a SL at the previous candle limit.

And Boom, that's where they are going to hunt you.

Buying the dips, will make you averaging the dips and not averaging the tops. In that case, with no necessity of huge Technical Analysis you will have a Jolly advantage against other "top-bottoms" traders.

I also saw those Exaggerated claims about BTC but I knew that it's exaggeration because I don't see BTC that higher in the near future.

I wouldn't call them exaggerated, as most of those have been calculated based on previous data, but compared to the two previous cycles, more people and more institutions hold crypto, which means they have power to influence the market, which they did. This cycle is not like the previous two because of that.

Congratulations @erikah! You have completed the following achievement on the Hive blockchain and have been rewarded with new badge(s):

Not sure on what will happen but dont think it is over yet..Just these weeks will suck a bit I think (like today)

More interesting..you worked with the btc atm..so how does that work? You throw in cash and fill in your walletadress and good to go?

You can both buy and sell basically. I only bought BTC. You select the currency, feed the ATM with the fiat, scan your hard wallet address and press ok :) It's that simple.

There's an upper limit under which there's no need for ID, but above that limit you need to identify yourself. I don't know how though. Maybe there's a scanner which can scan your ID or passport.