Can Paraguay as a nation make a real adoption of cryptocurrencies?

Yesterday, I was talking about Tanzania and its possible incursion into the world of cryptocurrencies as did el Salvador, I explained that this could be very beneficial for that nation as it is happening in Nigeria.

But today I happened to come across news about one of the countries that had also expressed their approval to bitcoin or cryptocurrencies when el Salvador passed the bitcoin law, it is Paraguay, which to be honest, the relationship they want with cryptocurrencies is not exactly ideal.

When Paraguay affirmed its acceptance of cryptocurrencies after El Salvador, it was exciting for me to see how Latin America is advancing much faster than developed countries and how people on this side of the hemisphere are beginning to see for themselves the multiple benefits of cryptocurrencies in everyday life.

But after researching, and reading information related to Paraguay I had my doubts about this since they did not explicitly say that they would adopt bitcoin, and also the situation of Paraguay and El Salvador is different as well as 2 opposite poles.

First, the centrist politician Rejala mentioned that in Paraguay they would be passing laws to regulate cryptocurrencies or adopt them.

Second, El Salvador is implementing these measures because it is a country that adopted a foreign currency by the colon (Moneda del Salvador) is useless, as well as the Venezuelan currency. Also, everything that the U.S. money machine is doing will affect first and foremost adopted economies like El Salvador, Ecuador, and Panama. So Nayib, seeing all this panorama, took refuge in a much stronger currency than the dollar. 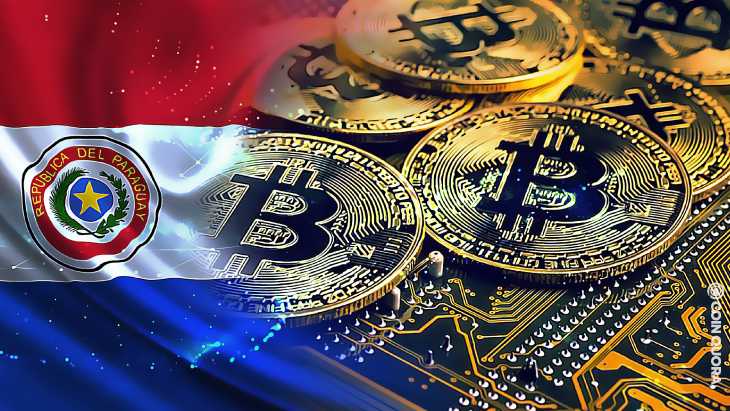 Now, why I say that the situation in Paraguay is different from El Salvador? Mainly for 2 reasons: Disinformation and a stable economy.

Compared to Venezuela, Argentina or Colombia. Paraguay has a fairly stable economy and currency, in fact, they have a depreciation of its currency The Guarani, of only 10% per year and every year is less than depreciation, So the Paraguayan economy does not need to run to a stable or strong cryptocurrency such as bitcoin as the guarani exceeds in value to many currencies in the South American region: 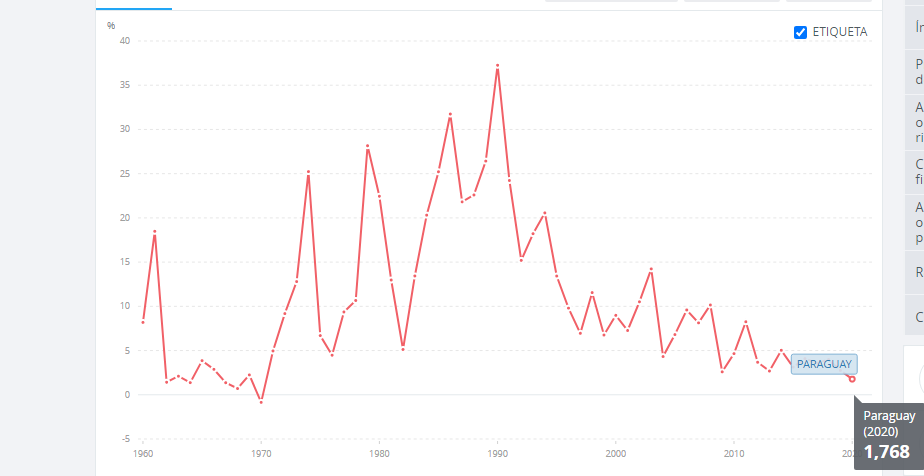 And along with that sense of security, there is great misinformation of the population and constant FUD from the bank and the government, since in Paraguay they still believe that cryptocurrencies are only used for illegal activities, for this reason, banks do not allow exchanges to open accounts, or customers to use their cards to buy cryptocurrencies. And obviously, so much repression and misinformation make that the Paraguayan economy does not advance to the future that is already at the doorstep.

But despite all these obstacles Paraguay is consolidated as the 15th nation in Latin America that uses bitcoin the most. And operating in cryptocurrencies in Paraguay with small amounts is not a problem, and although the bank does not allow transactions with cryptocurrencies if there is the possibility of P2P trade that like Nigeria is having success.

Although the situation in Paraguay is very different from that of El Salvador and Tanzania, sooner or later all governments and central banks will realize the big mistake they are making by blocking cryptocurrencies by all means. There is a very famous saying: "When you see your neighbor's walls burning put yours to soak " Well, the walls of many supposedly strong countries are burning and although with a lot of theater and small patches they are covering everything, sooner or later everything will shake.

The situation in Paraguay is very similar to that of the USA, they trust their money with all their souls and think that as it is a strong currency they should not adopt cryptocurrencies because they are only for criminal use, but when the stories are over and inflation reaches more than 200% per year, we will see a massive adoption everywhere. The good thing is that many of us will have long since moved to this side of the river.