@felipejoys 73
about 1 year ago
Proof of Brain

The influence of Barbie on the average woman

You'll hear some women say men only like skinny, blond girls because they've been to their tastes by the Barbie doll and media in general. Usually, the person saying this will not look like a Barbie at all, although they may want to look more like one, deep down in their hearts. Who would blame them? Since they're not genetically born privileged, they get butt hurt about it. Rightfully so. It's simply not something they can change with effort or a lot of health hazards.

But are these Barbie girls really not as beautiful as they're portrayed? Above most other women? My answer is yes, they probably are much more beautiful. Even though it can depend on where in the world you're asking this question, most people will gravitate towards saying good-looking Barbies are at least a "7 out of 10". This is because culture and one's own genetics can influence their preferences, but only by so much.

Using myself as a guinea pig

I got my personal picture uploaded into a "Rate Me" mobile app. Despite being Brazilian, I am arab-looking. Across all three pictures, the lowest grade I've gotten was 5. I am at my ugliest in Europe. Meanwhile, the highest grade I got was 8. My charms seem to be supper effective on women in Canada, China and - duh - Afghanistan.

What they are used to looking at in their own countries in men around there is something similar to one I look like myself. Meanwhile, some Europeans might even immediately label me as a possible immigrant. We all know there is some (arguably understandable) xenophobia going on over there because of all those refugees, so linking the dots between that and my grades is not hard. 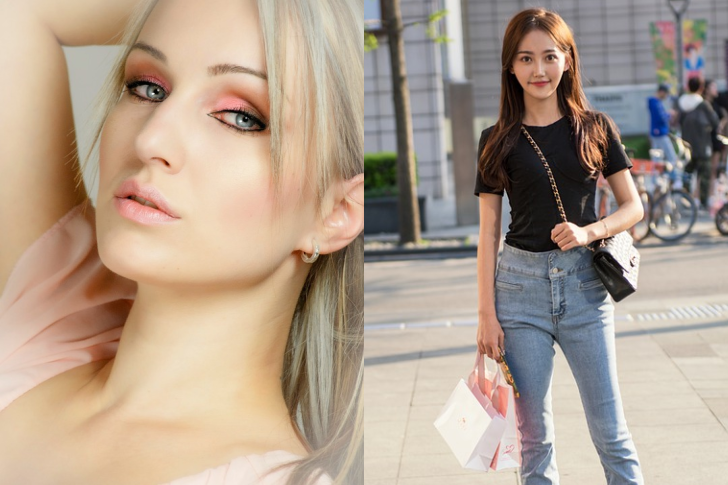 From personal experience to an industry's history

But then comes the important part: no one in the world gave me a 10/10 or anything below 5. I am at least average looking through the eyes of all humankind, just like I am also far from perfect. So did Barbie and media outlets really influence men to this extreme? Of course not. There is even historical evidence to back this up. Back in 2012, Mattel tried to expand their Barbie franchise in China, inline to what they had successfully done in most other countries. Unfortunately for them, they've failed[¹] miserably:

Barbie made the mistake of paying too little attention to local consumer tastes. Chinese women tend to like cutesy, girlish pink clothes (think Hello Kitty), not the sexy and skimpy kind Fields designed. 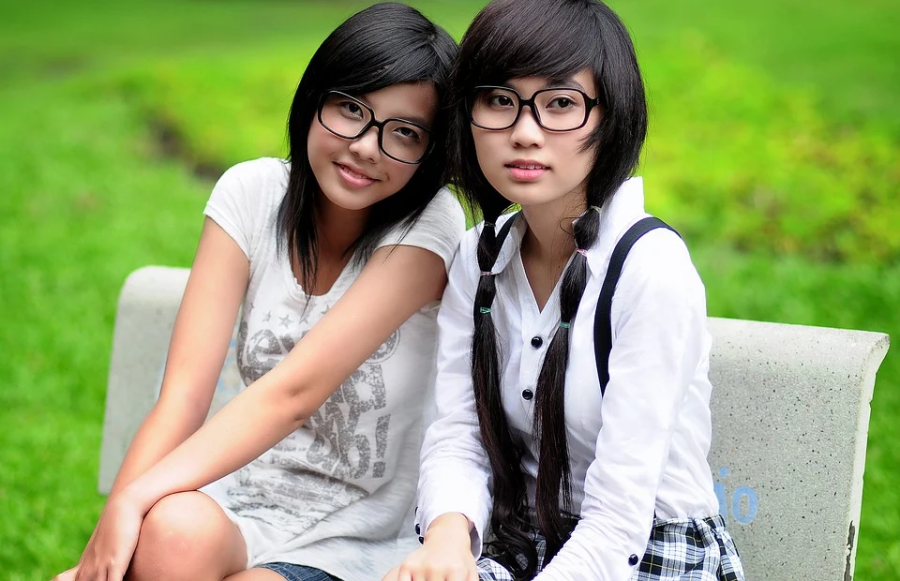 Women are the ones setting trends

Yes, Barbie failed. It did not suit Chinese women's tastes. Despite advertising campaigns and media presence, it simply never grew. There's one more thing to note here, which is even more important than every argument presented before in this article... The sole reason Barbie did not grow in China was because women generally didn't enjoy being barbies.

It was a great hit in the United States because American women did, in fact, personally enjoy that kind of lifestyle. Despite what most people would argue, a beauty standard has to start by mass acceptance. We are then brought back to how women complaining about it most likely means they are frustrated with their own looks.

Saving face and accepting others

Of course, none of this means we have to mansplain these facts. Okay, so they are not comfortable with their own looks. People who have high self-esteem are incredibly rare. If you ever think of doing this, please reconsider, as we all have our own demons. There is no need to be negative towards someone who is already feeling bad about themselves. Instead, either start faking a smile if you must, or preferably, make conversation as you normally would with any other subject.

Rating woman on any scale is outrageous backward and bound to end in self esteem issues. Any man giving woman a score out of ten isn't worth getting to know. Great little article - I think these days companies pay a lot of money to do that kind of research.

No wonder us woman end up with self esteem issues.

@felipejoys 73
about 1 year ago (Edited)

"Female self esteem issues" inherently depend on most women's behavior. Their biological sexuality is what perpetuates this cycle.

You see, men do have the very same self-esteem issues, it's just that most men conceal their insecurities in aggressive, arrogant-looking behavior. But arrogance cannot exist in a kind person who respects others.

Even then, very few young women are naturally attracted to "good boys". "Bad boys" are who most of them are instinctively attracted to, even though those just so happen to be the ones causing these self-esteem issues. Being an arrogant son of a bitch attracts women, even if they feel degraded by this. 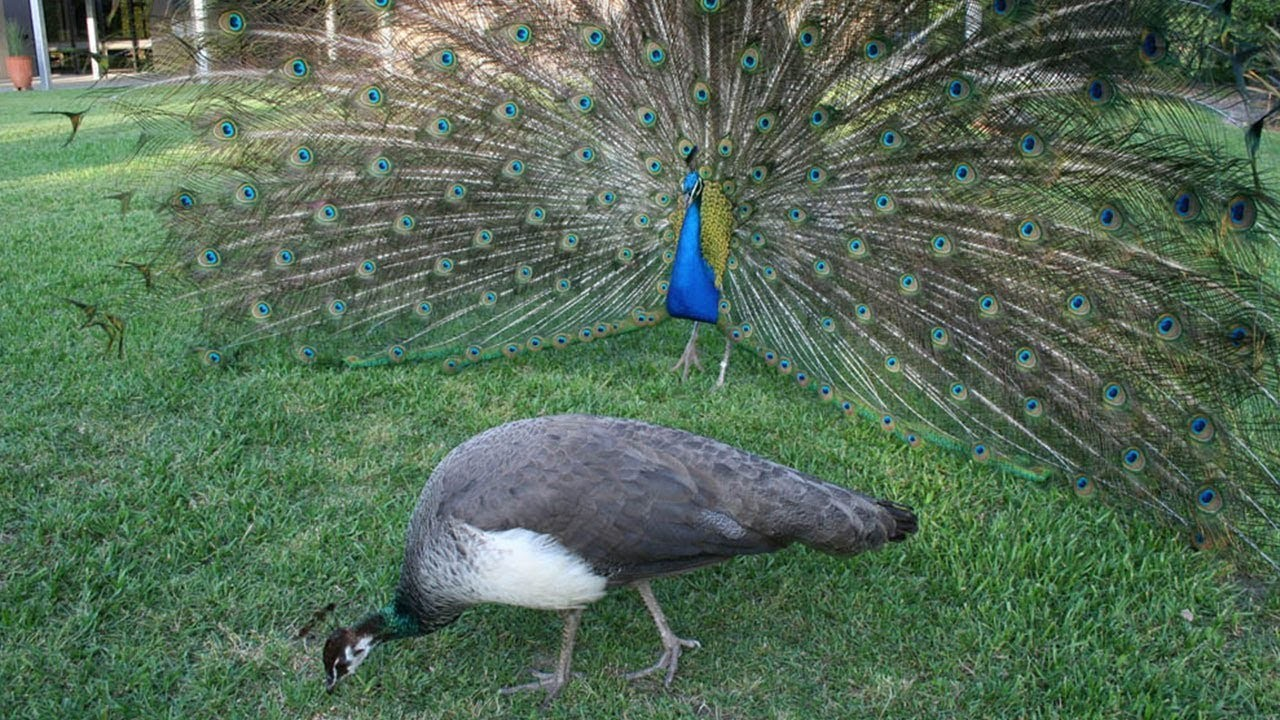 Only male peacocks get beautiful tails. They flaunt upon the female they want to attract. The rest if up to the female's reaction. That's because males are the ones who need to attract the opposite sex. Peacocks use their tails to get attention. In humans, aggressive arrogance is the most effective way of luring vaginas. Uh, sure, there are exceptions, but we are talking about the big picture.

@felipejoys 73
about 1 year ago (Edited)

Ugh, I don't think you've understood my article at all. It seems like you are in a nightmare version of reality where my article defends objectifying women. But I understand you're in a bad spot right now, so I'm not going to take it personally. Eh, but who am I to presume I got you all figured out? Please let me know if I am wrong about this! :)

@felipejoys! I sent you a slice of $PIZZA on behalf of @eii.

Hey @eii, here is a little bit of BEER from @felipejoys for you. Enjoy it!

Hey @felipejoys, here is a little bit of BEER from @eii for you. Enjoy it!

Very interesting and thoughtful article!
I think there are all kinds of tastes... some men will prefer the blonds, others not so much. To each its own, I guess. 🤭

LoL well is so funny to me, I have no say on this but men know what they want, so let's the ladies not be there selves.

@battleaxe 70
about 1 year ago

interesting, think maybe one of the universal traits is symmetry regardless of some other things
Barbie is tame compared to the BRATZ dolls O.o
thought full read

Thank you. Seems like BRATZ is getting relaunched in this August. Imo BRATZ probably will become more popular now because the world is more open to "sexually discovering oneself" aka growing up in a gay-friendly environment. BRATZ's less realistic features support this idea of a less restricted identity. Maybe I'm thinking too much about it. My 2c.