How Does Polkadot (DOT) Work?

Polkadot (DOT) is a next-generation multichain network that links outside networks as well as customized Layer 1 protocols called "Parachains" or "Parallel Chains" which are built using the Polkadot framework. The protocol was launched in May 2020, co-founded by Gavin Wood, who is also one of the co-founders of Ethereum, and further developed in association with the WEB3 Foundation. He was also the inventor of the Solidity smart contract language which is now used by thousands of developers who are building on Ethereum and associated networks.

It has unique features like interoperability, scalability, security, customizability, staking, governance, and the best one - Polkadot can upgrade without any hard forks to integrate new features or bug fixes. If you want to know more, please check out the basic Polkadot (DOT) guide by @crypto-guides.

In this blog, we are going to explore briefly how Polkadot works and what are the different components that come together to support the operations of the Relay Chain and Multiple Parachains. Let's start!

Polkadot employs a hybrid consensus algorithm that uses two distinct protocols and they work together. It uses BABE for block production and GRANDPA provides finality. This gives Polkadot the best of both worlds - faster block time hence quick transactions & provable finality. Let's see how both of them work:

Polkadot uses Nominated Proof of Stake consensus called BABE (Blind Assignment for Blockchain Extension) that runs between the validator nodes. It assigns block production slots to validators according to stake. This maximizes the overall security and decentralization of the network. Also, the cost of mining equipment setup becomes low because anyone can act as a nominator to nominate the validators on their behalf and get DOT rewards for participating in the consensus.

Validators participate in a lottery in every slot which lasts for usually 6 seconds. There can be multiple validators chosen to produce blocks per slot. BADASS BABE is now used in Polkadot instead of BABE that ensures the blocks are produced at regular time intervals.

In a blockchain, a block is irreversible and final if all nodes agree and accept the integrity of the data. POW consensus provides probabilistic finality which means that eventual consensus and finality take a long time to reach. To solve this problem, Polkadot uses another protocol called GRANDPA (GHOST-based Recursive Ancestor Deriving Prefix Agreement) which provides provable finality i.e blocks go irreversible if the process of some random Byzantine agreements is completed. GRANDPA and Finality are two complex topics and they deserve a separate blog. Since this is a basic guide, we are not diving deep into how GRANDPA works in detail. It's vital to know its role on the Polkadot network.

Polkadot follows a sharded structure where there is a main chain called Relay Chain and there can be multiple parallel chains called Parachains, interconnected through the relay. Transactions can happen at the same time on these chains achieving high scalability without compromising the security of the network. Let's have a look at all the different components of Polkadot's architecture:

All computation is done on Parachain & Parathreads depending upon the use-case. This is handled automatically and you can make customizations while creating your own chain. This diagram will provide you a Top-View of Polkadot's Architecture and the role of each component:

I hope this post helped you understand how Polkadot (DOT) works. Do you own DOT and stake it to earn DOT rewards? Please let me know in the comment section below.

It's an initiative by @forexbrokr to drive organic traffic to the leofinance.io domain through long-form, SEO-optimized posts featuring high-volume keywords. This project aims to eventually have a leofinance.io based crypto guide for every single coin or decentralized project in existence through user-generated content. Go and check out both the Hive guide and Bitcoin guide that they already published with contributions from the community members.

You can earn crypto (LEO) by contributing to the latest guides about crypto. Learn more: https://leofinance.io/@forexbrokr/introducing-leofinance-crypto-guides

Yes, the guy is involved in the creation of Ethereum, Polkadot, and Kusama. He's deep into this.

Must be diving in so much money everyday.

Nice one. Parachains can be confusing to understand and explain at the same time. I remember it was so abstract to me when I first saw the concept but guides like this one help you put the pieces of the puzzle together.

Thanks a lot, Jerry. I hope it helps newbies understand how they work. It was so damn confusing at first but then I realized Polkadot is quite similar to Cardano just different terms. Lol, two Ethereum co-founders have created two different protocols which are quite similar. And now Ethereum is going down that path as well. 😁

The race is on!

It's almost like they were all taking inspiration from the same idea... weird indeed :D 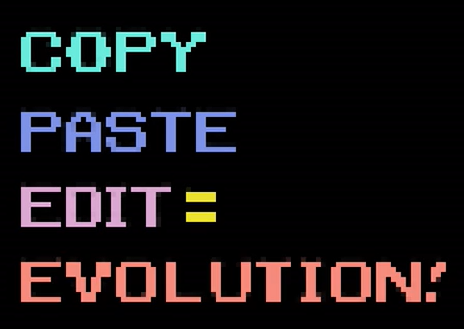