Why Communities Are Important In Web3? 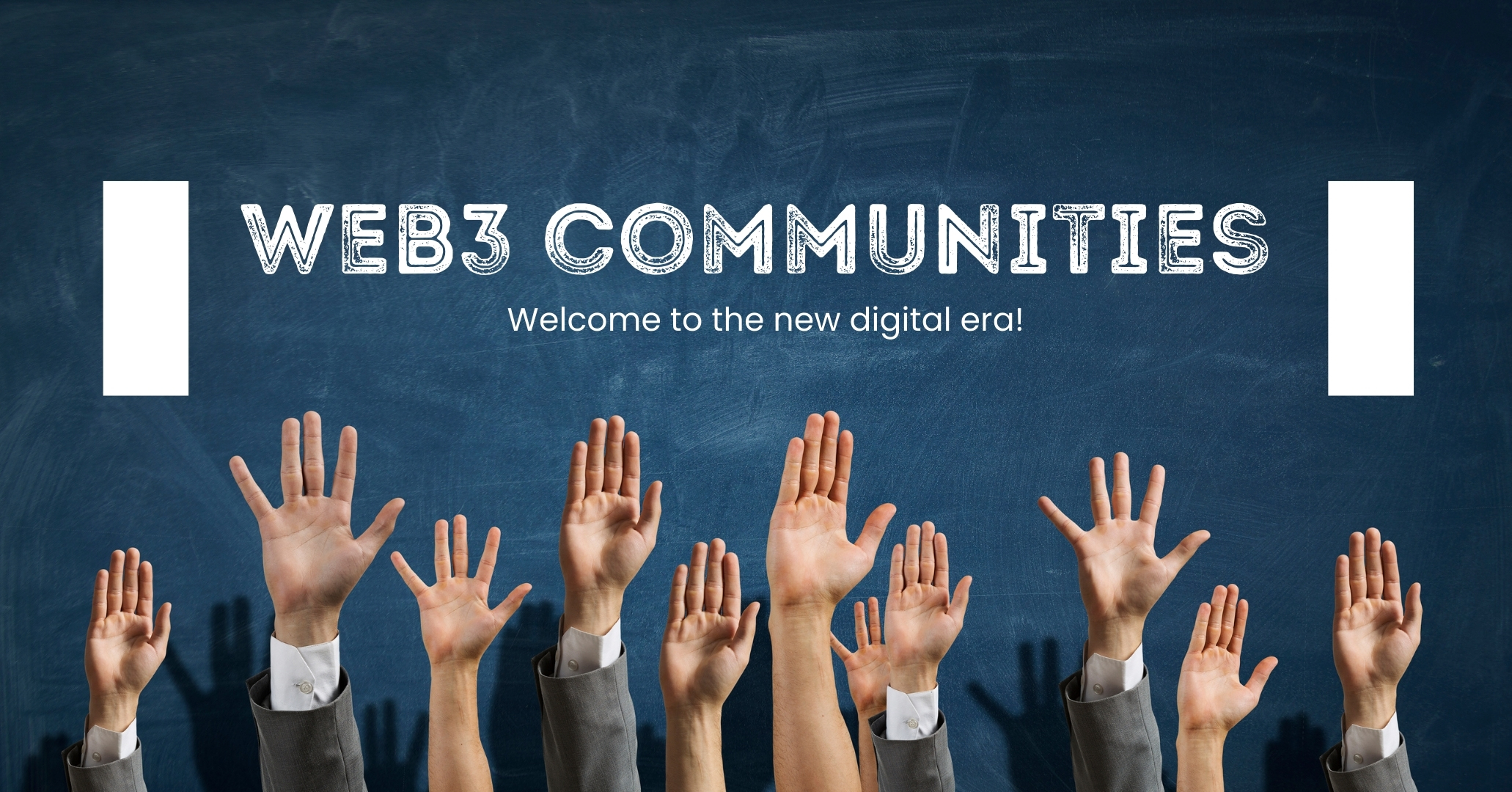 Communities are an essential component of the web3 ecosystem. Without them, projects would not be able to get off the ground in the first place, let alone progress and succeed. Communities bring value to every single project by providing it with a vibrant environment where developers can exchange ideas, share code and build tools for one another in a fast-paced environment.

Web3 Is Built By Communities

Communities are a real opportunity for everyone involved. They bring in diversity and foster innovation, which is especially important when it comes to open-source software development. It's not just about attracting developers and investors; the community can also help attract other users who see value in the project and want to be a part of creating something better together.

Since web3 relies so heavily on open-source software development, this is an essential component of what we're doing here. The Ethereum ecosystem has proven itself as one where communities thrive, gather around shared values and goals, and produce great results together through collaboration. Another great example is Hive although it is not known much in the outside world. But Hive's community is undoubtedly one of the best out there.

Open source software/code bases are an essential component of web3. In fact, it's one of the main reasons why web3 exists in the first place.

Open source code is used by many projects and companies as a way to build community by allowing developers around the world to contribute their expertise to projects they're passionate about. Projects like Ethereum, Polkadot, and others use open-source code because it builds trust amongst the developers contributing to them. It also allows other developers who may not be able to contribute directly (financial restrictions) or through time constraints (work/family commitments), access knowledge about how these projects work without having any prior knowledge of them at all!

When you're using open-source software, you know that there's someone out there working on improving it every day! And this helps us create better solutions for tomorrow's problems by sharing ideas within communities like ours today!

Projects Should Go For Community-First Approach

Projects will not get anywhere if they do not form a community around them. As mentioned above Diversity brought by communities is important for innovation. They attract developers, investors, and users who believe in the vision of a project, thus creating an ecosystem around it and allowing it to thrive. In fact, many people believe that the future of blockchain technology depends on community formation. If a project takes care of its community, the community will take care of the project.

A community that is diverse in its members, who have different backgrounds and perspectives, will be able to solve problems better than a homogenous group. Having multiple voices around the table means that there are more ideas floating around, which can help foster innovation by bringing new insights and perspectives to bear on an issue. Diversity also helps bring in new people – people who might not otherwise get involved – which can lead to even more diverse perspectives. It's a chain reaction staying on its course to explode.

Think about Ethereum. The community is what makes ETH interesting. If it wasn't for all of the developers working on dApps and tokens on top of Ethereum, then there would be no reason for anyone to use ETH as a store of value, or have any interest in using Ether at all. As one example: if we didn't have people building games and other things with CryptoKitties (like my wife's kitty), then nobody would care about ERC-721 tokens or crypto collectibles today because none of us would know what they were!

Imagine what would happen if you could create communities like this around everything that you're passionate about.

It's safe to say that communities are the lifeblood of web3 because they help ensure that open-source projects are maintained and improved. Communities form around any open-source project and provide the space for people to share their expertise, so if you want your favorite project healthy and growing, get involved! That's why you get to see a ton of people passionately working to make Hive a better place for everyone without expecting any immediate reward.

There's no limit to the number or size of communities on the internet (except for maybe those pesky algorithms - but we'll fix them too!). They can be small or large; each one is made up of people who share a common interest in improving an aspect of a particular technology. If you have an idea for a community, go ahead and start it as soon as possible!

The future of Web3 is bright, but it will be built by communities. The people who join these communities and contribute to them are the ones who will decide what happens next. It is up to us all to make sure we do not let this opportunity pass us by!

Community Is the real power behind innovation and investions and web3 would do web 3 more harm than good to venture into community activities more than before.

This is a very impressive paragraph! Any organization that desires to thrive needs to practice insights gleaned from these statements:

A community that is diverse in its members, who have different backgrounds and perspectives, will be able to solve problems better than a homogenous group. Having multiple voices around the table means that there are more ideas floating around, which can help foster innovation by bringing new insights and perspectives to bear on an issue. Diversity also helps bring in new people – people who might not otherwise get involved – which can lead to even more diverse perspectives. It's a chain reaction staying on its course to explode.

Great way of looking at it and an angle that I totally agree with.

LeoFinance is more than just a Web3 blogging platform - It's a community!

We're practicing what we preach :)

Don't forget ownership. In a Web3 community, each contributor owns the data committed to blockchain. This is especially true for social media data such as posts and profile settings.

Communities are indeed important in web3. For me, I see them as the backbone that supports or the blood that keeps the web3 pumping. 😊