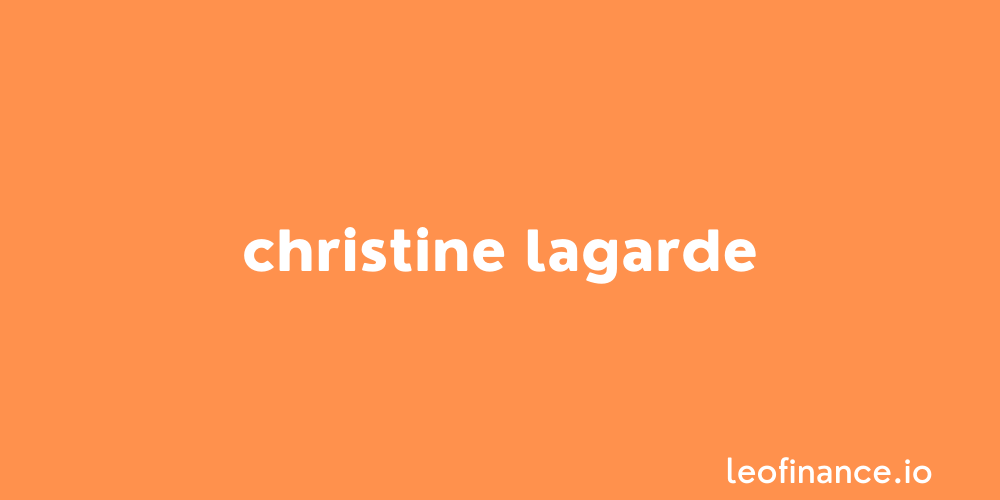 Questioning why the mainstream financial media allows those in traditional power to get away with ignorant, biassed and factually incorrect views on crypto.

Back at the desk again for another week on the grind.

So in my Monday morning skim read of how the mainstream view’s crypto, I came across President of the European Central Bank Madame Christine Lagarde’s latest take on the tech:

Lagarde says crypto is ‘worth nothing’ and should be regulated. 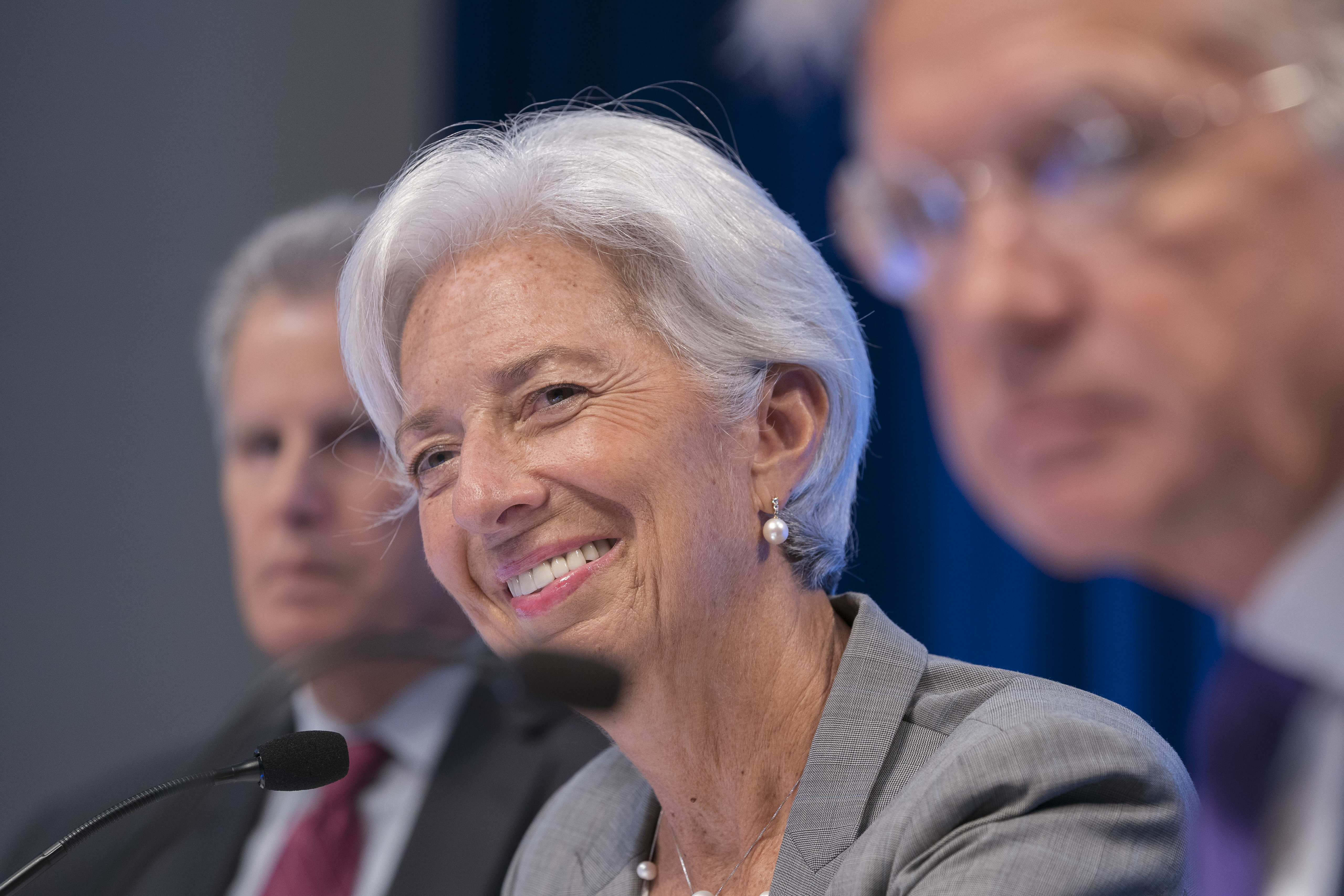 I’m sorry if that version is paywalled, but it’s a syndicated Bloomberg story where Lagarde basically says cryptocurrencies are “based on nothing” and should be regulated to steer people away from speculating on them with their life savings.

The actual article doesn’t matter, it’s nothing you haven’t read before.

My question however, is why the same ignorant, biassed and factually incorrect views are tolerated by the media who’s supposed to hold these people to account?

There is obviously dissolution in the current system and demand for permissionless alternatives.

So why do regulators downright refuse to educate people about the asset class, instead of trying to do what anyone with even a basic understanding of tech in the modern world will say is impossible?

Lagarde and her fellow cronies are concerned about people “who have no understanding of crypto’s risks, who will lose it all and who will be terribly disappointed.”

Not only is it downright insulting, it is most importantly talking about people making informed investment decisions with their own money.

Yes, the internet exists and it is their own money.

Why is the mainstream framing crypto in this light still acceptable?

“My very humble assessment is that it is worth nothing, it is based on nothing, there is no underlying asset to act as an anchor of safety,” she says.

At worst this view on crypto is downright ignorant and at best, fundamentally flawed.

How many times do we have to go over the same thing?

To the head of the ECB no less.

While there are a number of characteristics that give Bitcoin value, the biggest is that its currency runs on a permissionless, secure network.

Considered by many as the single most secure network on the planet.

Not to mention the fact that it doesn’t require permission from a third party to send or receive payments is one of its key value propositions.

But for some reason, is continuously allowed to be framed as a negative.

Regulators downright refuse to educate people about cryptocurrencies, instead choosing to pretend to say they will eventually regulate untouchable permissionless protocols?

I use the phrase pretending to say because in the end that’s all they’re doing.

The tech has passed them by and in today’s globalised, digital economy, regulations in small, closed off jurisdictions ultimately do nothing.

Still however, regulators are doing nothing but taking the people they’re meant to be helping for idiots and the mainstream media is happy to let them get away with it.

Of course those in positions of traditional power such as Lagarde will frame their concerns in the sense that a collapse would creep into the broader financial system.

But with crypto’s size and the amount of garbage… let’s call them financial products making up the rest of the mainstream system, surely that angle can’t be taken seriously.

Not to mention that if it becomes big enough to make a meaningful impact on the overall system, then doesn’t it show that the people you say you are trying to help have spoken and it’s time to change your rhetoric?

I’ll wrap up by leaving you with some more Christine Lagarde gold from that same article.

When asked whether she holds any crypto, her reply was that she doesn’t because “I want to practise what I preach”.

However, she assures the journalist that she “follows them very carefully.”

How you may ask?

Well, because one of her sons has invested – against her advice.

She ends by saying “he’s a free man.”

My lord, what an embarrassment.

I am not surprised that Lagarde is saying something like this because they are more interested in propping up the current system. One thing you can also bet on is that the regulations will help the rich and it won't be built to help the little guy.

Yep, just those currently in power resisting change at all costs to protect their vested interests.

She's a vested interest - this is Power trying to make 'truth'.

The facts have nothing to do with anything she says!

this is Power trying to make 'truth'.

They are still trying to ignore. At some point, there's no way around, and will embrace it. At that point, we will be in a comfy position.

It's remains pretty sad to read the statements made though...

Am not in anyway surprise ,is just a matter of time the fed will accept when they have no other choice

That the point, they are in the stage of fighting,next if to accept without no choice

So I wonder if she'll follow the same line when tax time comes round.

"Yes, I made a million Euro profit on crypto. A million times the "worth nothing" is nothing. No tax for you, Lagarde."

Haha, somehow I don't think that is going to be how things actually play out ;)

This fossil is paid to protect the establishment and it's on us to work our way around.

The foundations of the tech required to do so is in place.

For me, the writing is already on the wall.

How can they educate people on crypto when they don't understand it themselves? The best thing they can do is get out of the way, the worse thing (for them) would be to try to force themselves onto this space and fail lamentably.

I still believe there will be a "safe", regulated system for those that want to stay.

But for those that want out, they will have the choice to do so.

For me, this whole thing is just about offering choice.

It doesn't have to be (and won't be) one system or the other.

I love that when she said "he's a free man". Indeed. He really is.
What really makes me sick are some people hoping to see the whole crypto fail. It's like they are waiting for their point to be proven. In my country, this one former politician even tweeted "where were you when bitcoin died?" when LUNA failed! And continued, "I've been saying this for years". LOL! What a stupid douchebag.

Yeah, it's not just an attitude of caution from the outside.

Which I still fund super strange because all crypto is really doing, is offering people a choice.

If they want to take that path, then it really shouldn't be a problem.

Yes, and in that hatred, people raise questions about bitcoin mining's effects on climate change when it's actually just a small portion of total power usage. But I guess it's an easy target. It's the fear of the unknown turned into hatred.
And right now the mainstream media is at this point: 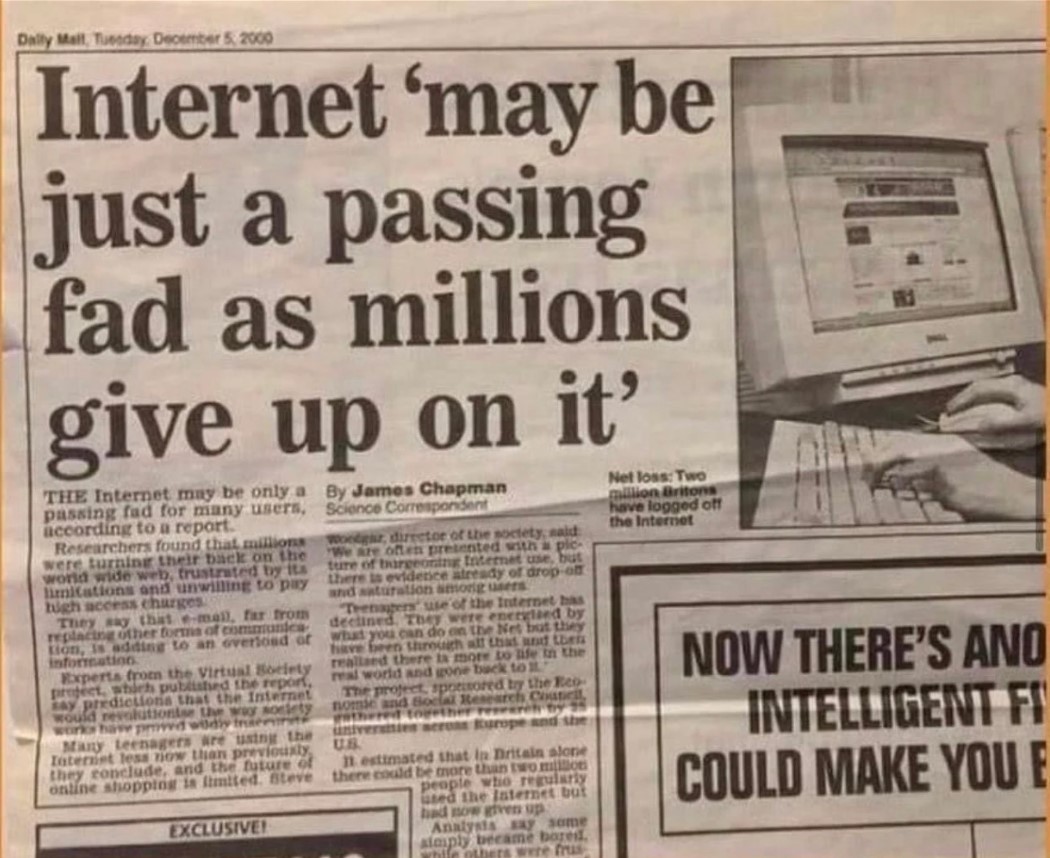 Imagine, this article is dated the year 2000! People still had doubts about the internet in the year 2000...crazy.

It is tough to imagine the people running fiat money to give credit to crypto. This is why we are here giving a voice to crypto.
Regulation is another way of saying control
Every time I hear this siren it is truly a step forward for crypto and we must remain steadfast and spread the truth about the power of many for crypto.

People now have a clear choice between:

Hey @forexbrokr, here is a little bit of BEER from @pouchon for you. Enjoy it!

Well, this is yet another clear example of what governments want to hide so that people can't think outside the box.

But I ask myself, if I invest my money in a company regulated by US laws, and this company goes bankrupt because they made a rugpull in the old school style, will the government with their laws fully reimburse me for my losses, or will they come up with excuses and cheap laws that benefit the thieves?

I'm certainly no expert in the US legal system, but the mainstream perception has certainly become that they would side with the thieves.

Whether it is the case or not, there's no doubt that perception matters and that the legacy system is broken.

And the louder those in charge continue to talk down at those choosing to opt out, the larger the exodus will be.

It obvious that she doesn't understand btc, everything she says is far from the truth

It's funny too that the people who understand the least about crypto always have the most to say about it.

Also thinking of Warren here too.

The best side effect of this is more and more people are seeing how ridiculous the current Global leaders are and how they will say anything that supports their agenda, no matter how dumb they sound.

The entire shift toward decentralised money just seems like one of those evolutions in society that you have to give time.

In a single generation's time, I'm certain we will no longer be reading these types of conversations from leaders clutching to the remnants of their power.

The lady has no fucking clue about crypto. And if they want to regulate something that is not able to be regulated they going to burn a lot of money while trying. They will keep paying "experts" to find out how to shut down BTC meanwhile we will have more and more HIVE nodes running 24/7 that just simply can not be taken out. You will have to drop the N bomb on every major city and country and even then it could be that some nodes will still be up and running and signing 3 second transactions :)

he's a free man - so owning crypto makes you free!

Lagarde's words, not ours ;)

She says her son is a "free man", but freely criticises the rest of us who are also "free" to choose what we do with crypto. What utter hypocrisy!!! Of course, these comments are only made so that she can justify staying in an overpaid job in an organistaion that just wants to control all our everyday lives. Thankfully the UK are out of that particular system having left the EU, although we are still just as plagued by our own Bank of England, with this falacious rhetoric.

Layers upon layers of economic bureaucracy.

These people are running their countries and economies to the ground. I take the path of ignoring them and investing in projects that would protect me from their stupidity in the long run. There is too much toxicity and stupidity; I would prefer to stay far away from these people and the projects they involve themselves in.
!PIZZA

Stick to the plan :)