Squid Game prize money: How much 45.6 billion won is in dollars 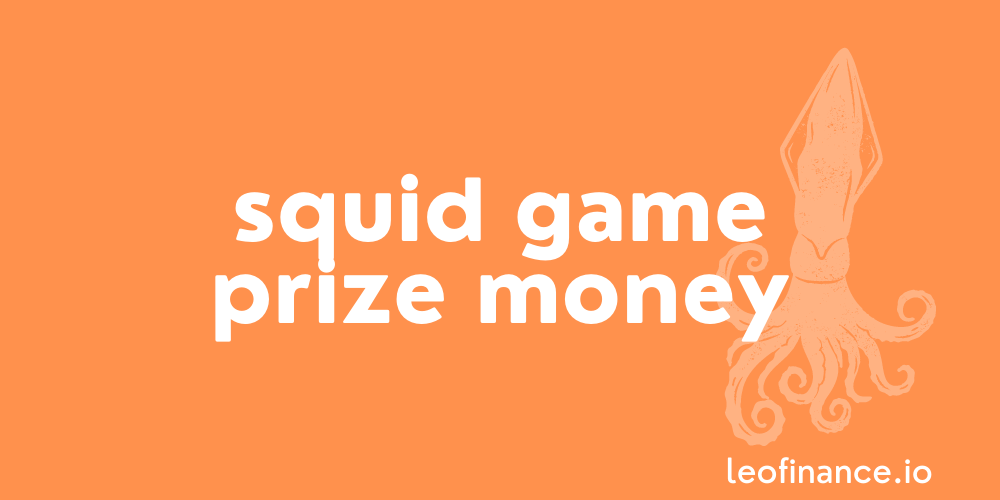 We take a look at what the 45.6 billion won Squid Game prize money is in dollars.

If you’re currently watching Squid Game on Netflix from outside the Koran peninsula, you’re no doubt trying to find out how much 45.6 billion won is in dollars.

Putting that into our trusty Google currency converter, here’s what it spits out:

With the answer to that burning question in your back pocket, let’s now explore Squid Game and the significance behind the number 456.

You can choose to watch with English voices dubbed over the top, or simply with Enlish subtitles at the bottom.

The show follows a group of…

Well, they’re pretty much all deadbeats who’s habits and inability to control their reckless spending has seen each rack up huge debts.

Their desperation leads them to accept an invitation to play in a series of childrens games, with a cash prize of 45.6 billion won going to the winner.

If they’re eliminated from the game, then they’re really elimited.

Shot in the head with a rifle eliminated. That means that the 45.6 billion won prize is not split between the 456 players, but that the games sole winner takes the entire kitty.

A giant, transparent piggy bank sits high above the dorm rooms shared by each player vying for not only the prize money, but also their lives.

The money taunts, yet also motivates the players.

You see, with every death, 100 million won cash is shot into the piggy bank right above their heads.

For a group of desperate deadbeats, lets just say that the emotion of losing a fellow competitor is quickly forgotten when they see the wads of cash falling.

And can you blame them?

I mean, everybody has a price.

How much is 45.6 billion won in dollars?

So just to reiterate…

Quite the motivation indeed!

Now put your phone down, unpause your Netflix and get back to Squid Game.

Trust me, it’s worth it.

PS. When you’re done, go back and check out my fun look at the fictional StartUp’s GenCoin price for a laugh.

Why not leave a comment and share your thoughts on how much 45.6 billion won is in dollars, within the comments section below? All comments that add something to the discussion will be upvoted.

This Squid Game prize money blog is exclusive to leofinance.io.

That's a lot of money by elimnation by death is a bit extreme which is why this show is crazy. 😂 In my watchlist now! Filmmaking game of South Koreans is so strong, they never disappoint.

The social commentary around how people get to this point in their lives, is an underrated part of the series.

The contestants are so desperate that they're happy to risk death for a chance to get their life back on track debt free.

Going into a games scenario like this is obviously a huge exaggeration, but people do face this scenario every day and do desperate things as a result.

Maybe that's the essence of this show. Debt makes you do extreme things. You are willing to kill or get killed in the process. This is why Financial Freedom is a basic necessity for a happy and healthy life.

Parasite was my introduction to Korean movies/tv too haha.

If you enjoyed that one, then you'll definitely enjoy Squid Game!

I think it is a series that shows the enormous greed of people and that for money a person who loves money will do anything.

But the series is very interesting, I'm just going through the first chapter and it was brutal.

But more so, the series also highlights the desperation of people once they feel there's no way out.

For example, the main character's debts come from an obvious gambling problem.

But in the real world, there are a lot of people who have also taken reckless debts that we wouldn't call greedy.

According to the Australian Bureau of Statistics (ABS), the average home loan amount in Australia as of December 2020 is about $728,500.

The majority of whom are just a rate rise or 2 away from ruin.

Would you say they're greedy, or is that the bank's/government's fault for recklessly lending?

If their debts get out of hand, there's no doubt that they'll experience that same level of desperation.

Just another layer to think about ;)

You're right, when I'm in debt myself I go crazy and don't think clearly.

Almost half a million dollars? That can be really desperate.

I saw it come up on my NF a few days ago, defo a watch, I love these Korean Dystopian things, straight off the bat 'Old Boy' sprang to mind when I saw this.

I hadn't heard of Old Boy.