How Lucrative is Blockchain Storage?

@forykw 67
over 1 year ago (Edited)
LeoFinance

I am going to use the topic to give you an update on how the continuation of my STORJ node is going.

Why Storage is such a big hidden gem?

If you ask me, a guy that works with all kinds of it every day, I would say that it looks cheap in the beginning... but once you can't live without it, it is when it becomes expensive.

So, in its essence, storage is cheap and relatively easy to expand, provided the right hardware+software. What becomes hard to do, and especially for blockchain technology, is to either distribute it or make it highly available (while distributed). Performance is also a factor, but yet something not yet supper demanding due to the inherent factors of being already distributed which is to be scalable as well. 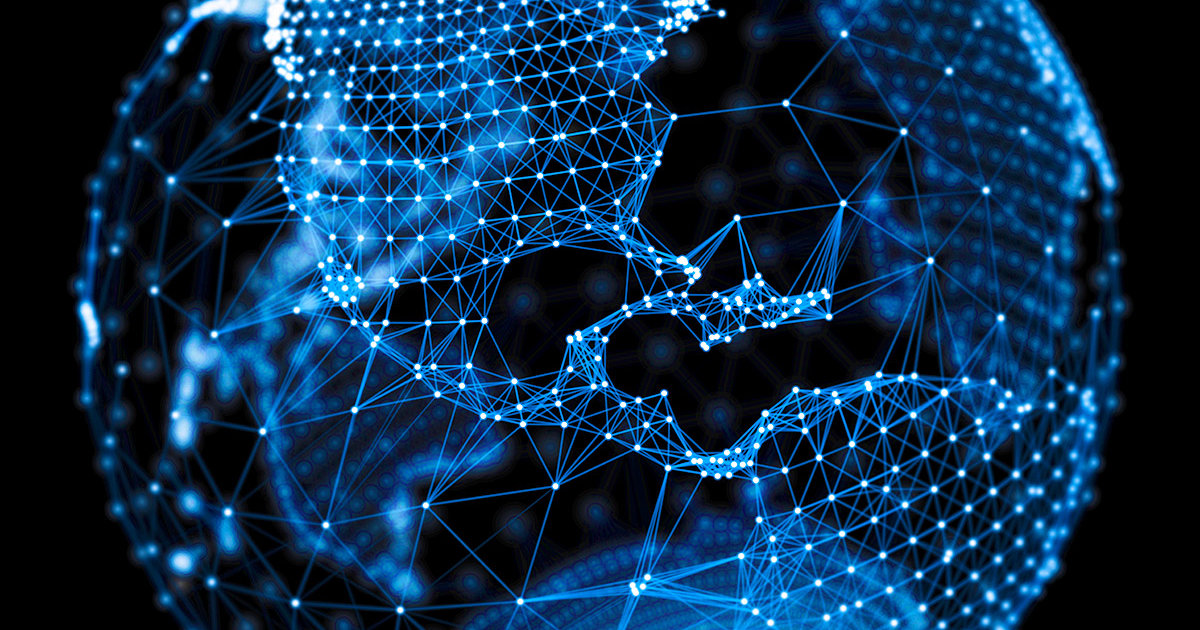 Cloud is a big monster of storage, if not currently the biggest player on storage worldwide, then probably cold storages, like tapes and other media that consume near-zero watts per year to store data.

The potential not yet explored by the blockchain industry is immense, and if you think things like SIA and STORJ or even FILECOIN or BURST are "blahhh" experiments, not lucrative enough to get your attention. Then I would urge you to keep a little corner of your eye paying attention to them. Probably not something soon yes, but it will give you an edge for when its time (I only knew about bitcoin in 2013... and all I regret is to not have found it before).

This is probably the most widely used protocol for distributed storage, which has also survived the longest I would say. It is not tokenized per si but commonly paired via "on-top" solutions that reward based on its usage.

A big project that is trying to make use of this and from which I am eagerly waiting is 3Speak. Check the experimental dapp here: https://hive.blog/hive/@theycallmedan/hive-video-desktop-ipfs-dapp-release These kind of projects are important two-fold... they are the next (not last) step towards full decentralization of web3 based blockchains like HIVE (well, there is a couple of other things missing, but they are too technical and the internet, as we know, won't work without them anyway, so let's discard them for now) and a sustainable path towards maintaining blockchain technology independent from industry monopolization attempts, or even political or governmental.

This is so far, my best experience with something I can call, distributed blockchain storage. I must say that at some point I did not believe they would succeed, especially not using their own chain (they run over Ethereum contracts). But I was wrong! They are becoming slowly, step by step, a very competitive open-source solution for enterprise-class communities based on distributed blockchain storage. 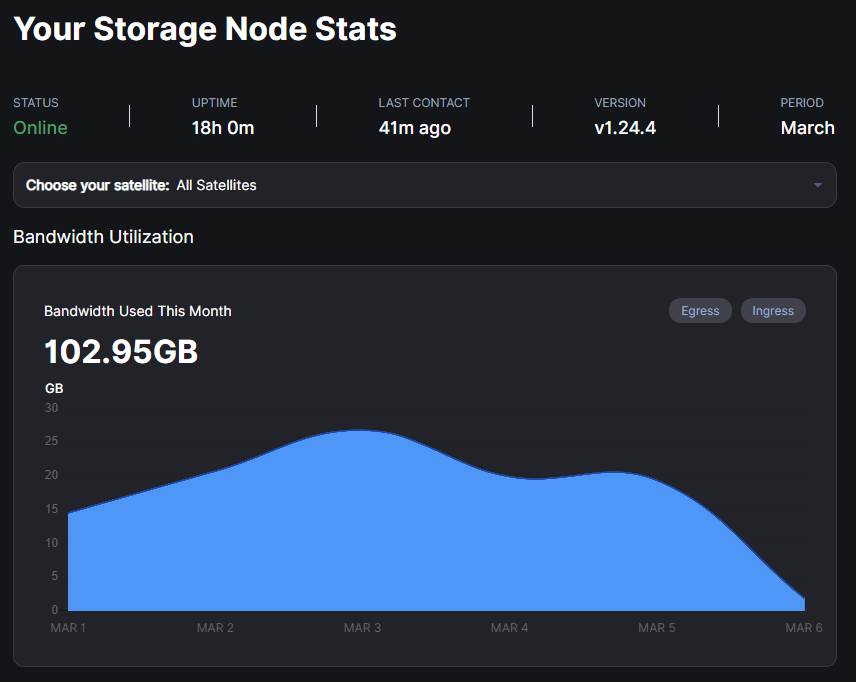 Initially and being a node that runs from New Zealand, I thought that this would never go anywhere, but lately, with each new version and higher restrictions on how you can operate, the network is becoming way more responsive and performant.

This node is only a 2TB disk that I initially started as an experiment... it's near full all the time. But if you are starting from scratch it will take some time till it becomes full. It requires you to have some reputation and also proof of time online, otherwise, everyone would pay a higher price. You can compare this to how stable we need witness nodes to be on the HIVE blockchain.

Profit wise it does not make anyone rich... yet!

2TB is nothing for me... and probably for many people out there. Still, $10 per month to sustain it is more than enough. Actually, for me, it would be around the range of $2-3 per disk, discarding equipment purchases. We can't use the $10 above because it includes uploads (which is where most of the reward comes from), but let's assume that you need at least 2TB disks to energy-wise support the running costs (which is sort of what I have calculated for this node).

Today most disks are above 2TB size (rotating storage)... you don't need fast storage for this kind of game. All you need the most efficient you can get. So, lots of Terabytes for the lowest amount of energy to maintain and operate them.

Here is a breakdown for better understanding I took it after writing the post (hence the different estimated value, which changes quite often).

Do you get it now?

ROI is basically paid the more the project succeeds given you know your entry point. Disks are getting more and more efficient, so eventually, the cloud will need to compete with singular people.

The distribution of blockchain storage will always be cheaper to maintain compared with cloud storage (centralized), because of the additional infrastructure they need to support. This is just a question of code maturity and awareness.

But there are others in the race. Exciting news will come!

As another simple example of distributed storage competition... check this project on Indiegogo.

Good lord, please forgive him for taking about decentralised storage but not mentioning Akash Network 😁
Thanks for the update, sounds interesting to become node provider till it didn’t totally moon yet.
You can provide 2T for around 10$/month right ? What happen if you provide 20T, can do it on the same node or must be a different node ? Return simply add to each other ?

Unfortunately time is not unlimited to know about all solutions. But thanks, I surely look 👀 into that.

As I mentioned you can’t use the 10$ /2TB/month rule... as it highly depends on uploads. But I would say that you need at least 2TB per physical disk to break costs even when your upload is zero. Then whatever you put on top, uploads or more storage capacity, will be almost all profit.

This all assumes you are almost 24/7 connected of course. With some room for maintenance of course.

Later I will paste a break down from the node that will help understand more.

That would be great, I’m really on the edge to buy a “server” and do some mining and/or decentralised stuff. I feel like every push is welcome :)

You don't need a server to do this... STORJ can even run on your router via docker or via raspberry pi... Values change depending on how much your node upload does between what becomes data to repair other nodes data or real data being uploaded via gateways to clients.

You can also run a gateway, but at that point, you are already aiming to run your own storage service to rent to others via your gateway. Gateways are more power-hungry... as they serve requests from the clients... and I think they are not yet decentralized.

Raspberry pi... I think you finished to motivate me for real. I’m diving in this and read more info.
Thanks a lot for your time !

😂 Have fun! Any questions feel free to ping me.

There is tons of info for Raspberry... even for the new v4...

But here is one for the most used one:
https://support.storj.io/hc/en-us/articles/360026612332-Install-storagenode-on-Raspberry-Pi3

I had some storj in the beginning but the $eth fees have pretty much made that a 'no go' platform for me.

Yeah, token holding wise I made something too, but then I got more but then I became more interested in the intrinsics of operating and the details of building the infrastructure.

Thats is impressive
No need to hard disk or USB drives

You can also run this from USB disks! My first weeks of demo was in fact from one. Then I migrated to a different disk.

Congratulations @forykw! You have completed the following achievement on the Hive blockchain and have been rewarded with new badge(s) :

If I would like to store data on this network what would be the cost? And is it fully encrypted? At present, I pay idrive around $70 a year for 5TB and I don't really like trusting them with private data.

Have a look at https://tardigrade.io/

I don't know how much you pay for downloading (if unlimited or not) but the real difference between cloud services and this one is that if you don't download data, then it is impossible for them to compete... example:

Using the site I mentioned above... But if you are a low user... things change completely This is per month yes... but the network is still growing... and if you click the multiple availability zones is when things become interesting. Because by default Tardigrade (supported by STORJ) is already multi-zone available for the same price.

Sorry for my delayed response. I will defiantly look into this site. I now have 5TB from Idrive but I don't feel comfortable that my data is not encrypted on their servers.
!ENGAGE15

Woww,this is new to me. Thnks for the info. Another new information to dig deep into.

I recently saw a
filechain
presentation, about decentralized storage, not sure if this will help...

This is not open source I beleive... hence... doubly can be verified unless by someone paying already their services.

Either way... if not open, unlikely to be cheaper or better, in the scope of open distributed storage.