Luck is all you need: pulled 2 golden foil legendaries today!

Apparently I did sold an old card for $18, the payout was in DEC. So I had to decided what to do with the DEC. In stead of pulling them out of the game and converting them into Hive, I decided to buy 5 Chaos Packs. Besides that I did purchase enough potion to give the opening of all of them a boost. Combined with the pack I did receive in the daily focus I had 6 packs to open. 30 cards in total.

To be honest I had no expectations. I would have been happy with a summoner, maybe 2. But too bad for that no summoner was found. But it was even better and resulted in a very positive ROI.

I did open all packs together. 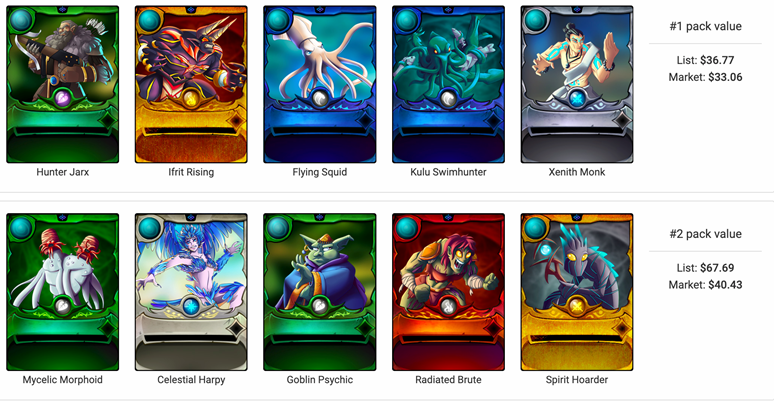 As you can see I already did hit a small splinterlands jackpot after opening the first 10 cards, with 2 golden legendary cards.
Always nice to know that after the opening of only 33% that you are in the profit. 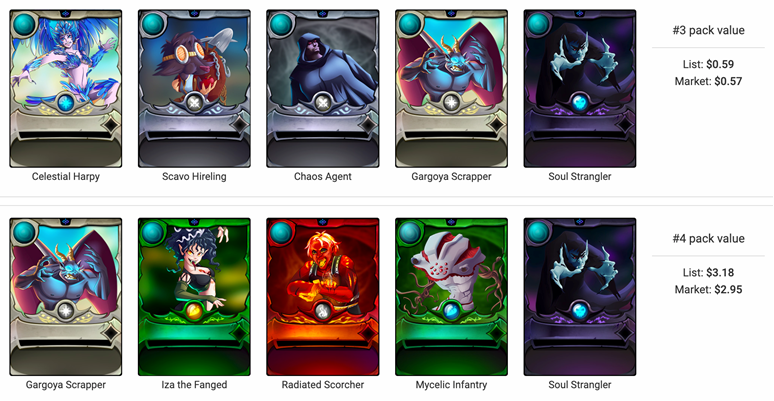 In the next 10 another Legendary did reveal itself with another Iza the Fanged. 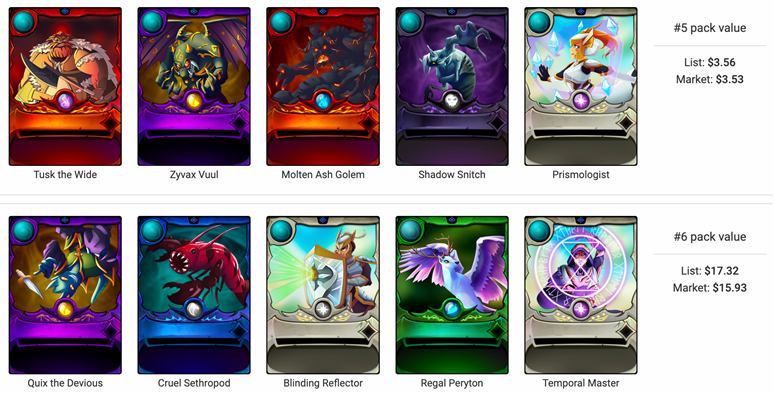 And in the last 10 again 2 legendaries. Both dragons, but still money is money.
So 5 legendaries in total, 2 did have that beautiful golden foil.
Add to this 5 epics and you do understand that this was one of the better openings. I doubt it that I can beat this in the future.

So luck is all you need!

Impressive luck! I recently opened 700 packs within a single GFL! I still don’t complain as I have had my fair share of lucky drops! I am doing well with the Card AirDrops so far so I prefer luck there… Congrats!

Thanks. Me on the other side didn't had a lot of luck in the airdrops, probably also related to the number of packs I did purchase officially.

That's impressive!
Based on math you should only pull a GFL every 781 cards if you use both potions. The luck of pulling 2 within the first 2 packs is insane. YOu should play the lottery ;)

Very nice! I have about 9 packs that I have won over the past couple of months. I should open mine up and see if I have as much luck. I am working on getting the funds together to buy a node right now. I think I should be able to get in on this price tier if I am lucky.

Woow a node! Don’t have enough funds for that! Good luck with it!

Thanks, I think I finally got things in order. Just waiting for the price of SPS to become a bit more favorable!

Congrats on the pulls, those are both really impressive. I have opened a lot of packs with potions and GFL do not like me at all, they tend to find people like you!!. !LUV !PIZZA

Your luck is off the scales! Congrats!