What's the ROI of my Cub Finance Investment at 3 weeks?

Almost 3 weeks have past since the launch of Cub Finance. And a full week since we have a 1 CUB / block inflation.

Other changes just went into effect yesterday evening, which are meant to focus inflation around CUB farms and den. With these changes 24 hours of no fees for the remaining farms and dens were also added to allow those who had funds in one of the dens which became inactive to switch to another den or farm on Cub at no additional cost.

That fee waiving was also used by new funds to get into Cub Finance as well. I also took the opportunity to move my LEO rewards and the DEC I won playing since the DEC farm was introduced to take them into their respective farms on Cub at no fee.

If you want to take advantage of this opportunity, the window is closing fast. I think there are still a few hours remaining at the time of writing, but you'd better check yourself.

Anyway, this turned out to be a longer introduction than I planned for.

I wanted to share with you a few numbers after 3 weeks of Cub Finance, which I just calculated for my own investment. I'll only share percents, but they are relevant as well.

What I ultimately wanted to find out was what is the current ROI for my investment at Cub Finance after 3 weeks, and how does that relate to the potential ROI I would have received from sheer price variation of the assets I invested. 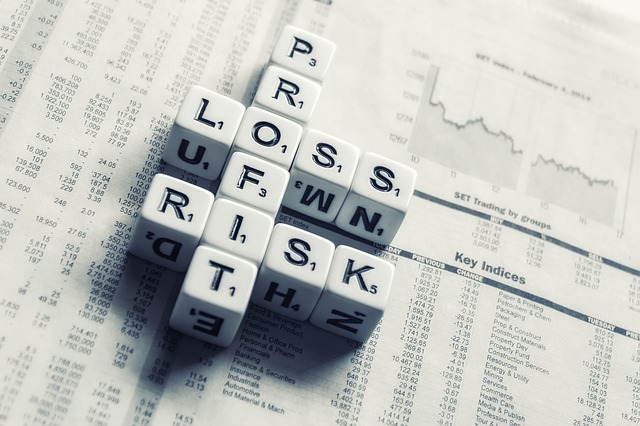 First of all, I already mentioned in another post that I used BNB to start farming early. What I didn't calculate until today was how much BNB did I invest, compared to other assets.

Well, it's a massive disproportion. BNB represents 93% of my entire investment to Cub. That's thanks to the x10 BNB pulled last month I guess. It's true, that besides BNB, I only added some BUSD I exchanged from a rest of LTC, and LEO and DEC in small quantities, because I don't have more available.

First thing I wanted to know after I gathered all the information needed was what would have been my ROI during the same period of time if I had kept the assets as they were. This calculation does not include interests, curation rewards and potentially other benefits I would have received during this period. Just the price variation.

And the extraordinary return would have been: 0.04%. I know, it's not fair, BNB didn't pump, and since it represents 93% of the whole entry capital, its price evolution matters a lot.

But these were the conditions during these 3 weeks.

And during this period, the ROI on Cub Finance was 20.86% for me. In three weeks.

That's not an APR or an APY. That's the ROI. Profit divided by cost.

As another comparison, I used to have the invested BNB majoritarily on Nexo earning 6% APY. Using an inexact but simple calculation only for the purpose of exemplifying the big difference, that would give roughly a 0.34% ROI in three weeks. 0.34% compared to 20.86%, still a clear winner.

I don't think it's even possible or would make sense to calculate the overall APR or APY for our investments on Cub Finance. Because the return varies a lot in time and from farm to farm (next, kingdoms will enter stage too), plus we keep compounding the rewards, and they don't go to the same farm/den for the entire period. We update our strategies.

My results in percents can be deceiving. For example, someone who only used their airdrop to start their Cub Finance journey and didn't invest anything else would have a ROI of infinity. :) Because they paid nothing for the airdrop (well, we don't count the cost of LEO, if you bought it), so their cost is zero.

That's why I added the comparison with Nexo APY for BNB, which can be a good enough reference. If I ignore the other investments except BNB (93% is overwhelming enough), to make it easier to calculate, the return I had so far on Cub Finance is approximately 60x higher than the one I would have received on Nexo. But I may compare apples with oranges, because on Cub I no longer have only or mostly BNB. However, the returns are capturing a moment in time after everything has been virtually converted to USD or a stablecoin.

Nice evaluation...seems the platform works quite well for you. I’m also looking forward to more development, the kingdom and the effect of the Leo bridge on the token economy...fun times ahead

the kingdom and the effect of the Leo bridge on the token economy...

And that should be available the next week, maybe two in their initial form. I know we won't even recognize this place in a year, if we add two screenshots side by side, before and after.

Yes, there's a reason people flock to these projects at the beginning. It's "free" money. The danger is the possibility of a rug pull, which, because we know the devs and their track record, we didn't have to worry about. The real crazy thing is these are your returns without any real price movement in Cub. At least not positive price movement. What will these returns translate into when Cub goes to $5 or $10 or even $20? It pays to do your research and get involved early with good projects. While there is no guarantee these price movements will happen, there's also no reason to believe they won't. Especially with the devs, tech, and community surrounding it. Diamond paws could very possibly lead to just plain diamonds.

The crazy stuff is that we didn't even have to do our own research and dig out the gem. It was handed out to us. All we had to do was to pick it up and learn a little bit how to use it.

And of course there weren't and aren't any guarantees other than the track record of the devs and our familiarity with them. But yet again, what is guaranteed in crypto? However, it doesn't stop providing great opportunities, along with an impressive amount of scams, as anything almost too good to be true for the world we live in does.

I've been moving slow little piles in and waiting for the bridge to bring in my BNB, I didn't keep close enough track to figure out ROI, but it feels good seeing the CUB staking up in there and knowing I'm in early.

Congrats on your returns.

Thank you, I didn't keep a close track either. :) I had to dig up the amounts and prices at the dates of transfers.

Curiously, I had the biggest issue on LEO and DEC, because I didn't know what interface to use to easily find out this information which was more than a week ago. In the end, https://hive-engine.rocks was the most helpful.

waiting for the bridge to bring in my BNB

You have your BNB on an Ethereum-based app?

Some of my BNB is in KuCoin. It's (native chain)

And LeoBridge would help you move it over to BSC? This initial implementation will bridge ERC20s to BEC20s. I'm asking because I'm not familiar with KuCoin or the steps you intend to take to make this happen.

Well I could do it manually or using the bridge by moving the bnb to eth and wrapping it as wleo. I could also use the binance chain bridge, but I'm in the US.

Yep, LeoBridge will be easier to use, but it will have a max amount per swap at first. I think I remember it will be 1000 LEO. If you have more BNB than the equivalent of 1000 LEO to transfer, you'll have to do that in multiple swaps and perhaps wait between them if there isn't the best swap price, until there is enough liquidity in the pools.