Do some plants produce oxygen even at night? 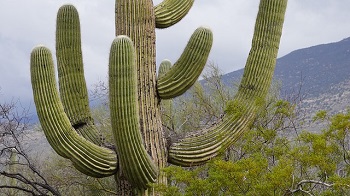 Source
The answer to the question is a bit complicated, everyone knows about photosynthesis that plants make their food in which they make food (carbohydrates) and oxygen from water and carbon dioxide in the presence of sunlight, this oxygen origin. I get it by breaking down water molecules (photolysis). And for this photolysis, light is needed, so sunlight produces photosynthesis and oxygen during the day, and even if it gets light at night, the plant will still carry out photosynthesis at night. If you light any plant, it will synthesize photosynthesis and release oxygen.
One important thing to note here is that carbon dye (which is essential for photosynthesis) enters plant leaves through small holes called stomata and most of the oxygen that is formed in photosynthesis is also absorbed in this way. Enters.
Different plants do photosynthesis in three ways, the most common of which is the C3 pathway, in addition to the C4 and CAM pathways. We will talk about the CAM pathway here, in fact stomata not only give way to oxygen and carbon dioxide but also the water in the plant is evaporated out through these stomata. Certain plants that experience dehydration or extreme temperatures close their stomata so that more water is not wasted, but now the path to carbon dioxide is also blocked, so that carbon dioxide To open the stomata at night to take, when the temperature is low, so much water is not wasted. 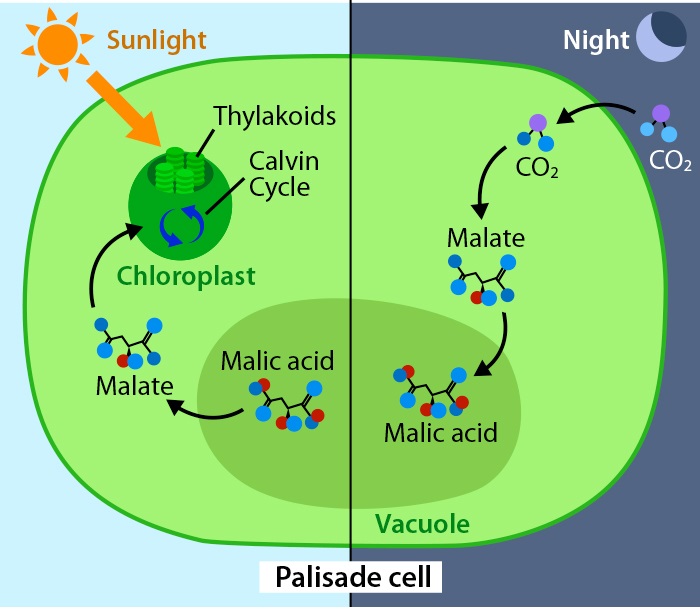 CAM plants open the stomata at night and take in carbon dioxide and store it in their vacuoles in the form of malic acid and then during the day process photosynthesis with this carbon dioxide which produces oxygen but The stomata are closed during the day, so what happens to this oxygen? Couldn't clear it yet? Is this oxygen released at night when the stomata open? Theoretically, it is possible that this oxygen is released at night, but how is it that oxygen is stored so long? According to modern research, a large part of this oxygen is released from places other than the stomata, such as cells. From the extra cellular space between, as well as a portion of the oxygen used in photorespiration, I will not go into the details of photorespiration, as well as plant cells use this oxygen for their respiration. At the time of opening the stomata, even if oxygen is released, the amount will be very small. It is also possible that not all stomata are closed during the day.
This CAM pathway is found in many plants that are mostly desert, some plants normally do photosynthesis from the C3 pathway but due to lack of water they move towards the CAM pathway, or epiphyte plants that They do not grow on any particular soil but grow where there is moisture. CAM stands for Crassulacean acid metabolism.