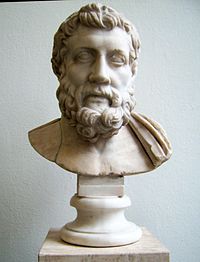 Metrodorus used to say that the example of our earth in this universe is like a small leaf of a plant in a large field. Then 2,000 years after Metrodorus, in the 16th century, an Italian philosopher named Giordano Bruno said that there are many suns and many earths in this universe. They all revolve around their stars in the same way that the planets in our solar system revolve around our sun.

Today we are in a modern age and we know that their basic idea was correct. Today we have discovered planets outside the solar system. We have evidence that there are many planets in the universe and all this has been made possible by the Kepler telescope.

The Kepler Telescope was launched in 2009 and has 42 cameras inside. This telescope observed the stars in the cygnus constellation for 4 years, which is a small part of the sky. Kepler observed the light from each star for 30 minutes and sent the data to Earth. During this time, Kepler searched for 150,000 (150,000) stars in this small part of the sky. Observed each star's light for half an hour and sent the data to Earth, where Kepler scientists were examining the data. According to him, the light of most of the stars remained the same, ie there was no change in the light, but there were 3000 of them whose light was suddenly reduced slightly for a few hours. This slight decrease was observed at a particular time in a row. These were actually planets that blocked starlight passing in front of the star, and this was the method by which Kepler discovered 3,000 planets. This method was called the transit method. Remember that these 3000 planets were discovered in a small part of the sky but this is just the beginning. There are other planets in this small part that have not yet been discovered, because the orbits of these planets may be such that when they pass in front of their star, they do not see a decrease in the light of the star. Couldn't find planets. Looking at the 3,000 planets discovered by the transit method, astronomers estimated with the help of geometry that there must be at least one planet around every star in the universe. These calculations changed the way people think about the universe.

Yes, of course we can say that there are even more planets in our galaxy because there are some stars around which 2 or 4 planets have been discovered, so the number of planets in our galaxy is more than 400 billion. There may be more. Remember that in addition to our galaxy, there are 2 trillion galaxies in the universe with billions of stars inside each galaxy and some galaxies that are large in size have up to 1000 billion stars inside them. If we talk about, we will give the same example that there are probably more planets in this universe than there are grains of sand on the shores of this earth. Remember I am talking about planets here and our earth is also a planet.

While the Kepler telescope was observing the stars, scientists estimated from Kepler's data and after calculations, the scientists found that half of the 150,000 stars in Kepler's observation are similar to our Sun and their Habitable zone around (the area where the temperature is neither high nor low where water can be in a liquid state and where there is a favorable environment for life) there were half the planets that were in the same zone which means It just so happened that there are millions of Earth-like planets in our galaxy alone.

If there are planets like Earth, is there life there ??

Scientists cannot answer this question, nor do they have the answer, because all the discovered planets, such as Earth, are out of our reach, and the distance is so great that our modern telescopes do not peek into the atmosphere of these planets. Can We have no evidence of life on any planet other than Earth. Do you know that the earth is the only place in this universe where there is life and do you know if there is any life in this universe that is currently asking us with its modern telescopes and whether we are alone in this universe? ...