The Economy of a Third World Country 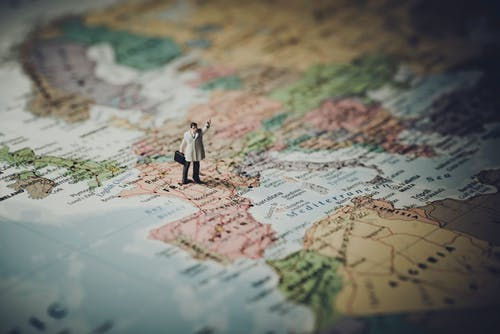 In the beginning, maybe not the actual beginning but the time before the twentieth century, the world lived in peace and harmony as one until the 1950s when the United States of America and its western Europe allies became the first world, communist Russia, Mao’s China and their allies became the second world, and then the rest of the world became the others, the third world.

These days, because of political correctness, the third world now goes by multiple names, they came up with developing countries and after a while, they realized that in fact, all the countries in the world are actually still developing, so the name was tweaked to Least Developed Countries. You can also call them Low-income countries.
No matter the names these countries are called, it does not change the facts on the ground. And the facts are that there are serious problems to be taken care of.

Imagine living in a country where a high percentage of the country’s population is trying to leave? If you lived here, the chances that you would also want to migrate would be on the high side.

Let me paint a picture for you, there is a certain man that lives in an unsafe neighbourhood, he lives there with his young family, he wakes up by five in the morning to beat the early morning traffic, he has no guarantee of safety every time he leaves for work in the morning, he works for eight and half hours daily, Monday to Friday, four weeks in a month and then get paid an equivalent of $200. And he is one of the fortunate ones to be “employed”. This monthly compensation is almost never paid on time; in fact, it is a celebration when the pay is on time.

This illustration is a reality for millions of people in Nigeria, and to think that I have not even scratched the surface of what goes on in the poverty capital of the world.

The man in the above scenario would not even be thinking of migrating yet, because he can’t even afford to leave, he would be thinking of moving to a safer neighbourhood or maybe buying a car to ease his stress of commuting daily. And then he would need to earn more, so he would try to rack up certifications and then he is sixty.
I’m sorry I sound grim but this is just the bitter truth, so answer me this, “Would you want to leave if you were here and had the chance and means”?