Bitcoin: Are you ready for Taproot? Decentralization in action! 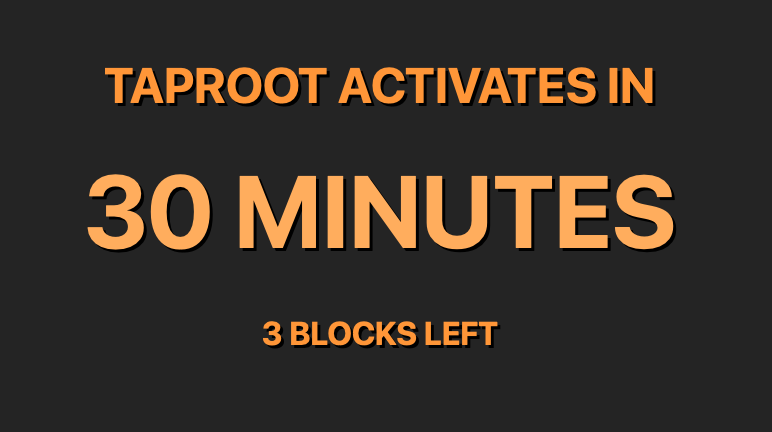 Bitcoin is about to make another history. Taproot, a soft-fork to the Bitcoin network is going to become reality in less than 30 minutes or about 3 blocks away. This will not be an important upgrade to the network but also a demonstration of decentralized way of coming to consensus about monetary policy.

Taproot will bring features like smart contracts, privacy, and cheaper transactions to Bitcoin network. While these all sound awesome, I am not here to talk about technical implementation of code changes. But rather my focus is of broader nature, and of importance of decentralized systems and how they offer a better system to conduct our finances and store wealth.

Bitcoin has not seen an upgrade since Segwit was introduced back in 2017. It was a controversial topic and had influence on creation of a bitcoin fork in the form of bitcoin cash, aka b-cash.

I have heard about Taproot a few months ago, maybe a year ago. Now we are very close to activating it. In order for Taproot to be adopted miners had to signal that they are in favor of these changes. Correct me if I a wrong, I believe the threshold to adopt Taproot is/was 90%. This is huge. Miners all over the world from various geographical, political, cultural backgrounds with various financial interest had to review and approve this change. If 90% didn't agree on this change it wouldn't happen.

We can see big difference already in comparison how traditional and centralized financial institutions like central banks operate. Central banks operate in a very private and secretive manner with some level collusion with governments they are located at. There is almost no transparency of how they conduct their monetary policy. Most often public finds out after the fact. But most importantly stakeholders, in other words those who hold the currencies have zero say on these policies.

Now with decentralized systems like Bitcoin, there is full transparency of intended changes. There are many brilliant software engineers who dedicate their precious time and skills in exploring new options, sharing them with the public, and propose changes. Even when they have no power to make changes themselves to the network.

Then miners share their insights, review the code, and decide if it is something beneficial to implement for bitcoin and for themselves. There is significant amount of money involved and miners are among the ones who would suffer from damages if anything went wrong. So it is in their best interest to put in the best effort in considering any sort or hard fork changes.

At the same time all of the stakeholders in Bitcoin network, large and small have a say in a public forum, discuss the changes, and analyze pros and cons. It is an amazing to see decentralization in action.

Yes, technical aspects of these changes are important. But I don't have to worry about them when there is a global community of great minds investigating every single detail, exposing corrupt intentions, and praising the great achievements. Being a stakeholder in Bitcoin is like employing global hub of geniuses for free.

What are your thoughts about Taproot, decentralization, and bitcoin? Is it a million dollar yet? :)

Well, by the time I started and finished the post, Taproot has already been activated. See at taproot.watch.

Congratulations on Taproot for all bitcoin hodlers!

I am ready for the taproot.

You are always on top of best actions in crypto. Great to see you Neoxian!

My Umbrel node is ready. I hope. 😎

oh, you are developing something new?! I need to catch up on things. I have been busy with life lately.

Umbrel is the best known and now best overall way to run a full Bitcoin node for Lightning (it's a full node but it doesn't mine).

They're also turning it into a really good home server. This is what I use for receiving streaming sats for podcasting and the whole @v4vapp system. I'll post my talk from last night soon.

What are your thoughts about Taproot, decentralization, and bitcoin? Is it a million dollar yet? :)

I am hearing about Taproot for the first time, but I still feel, the government can always enforce any decentralized network, if they wish to. Slowly the perception is changing, e.g. India was planning for a complete ban and based on what I hear now, they are considering not to ban and instead tax. So at the end, we still the government support to spend the money. Imagine, if everyone holds bitcoin and cannot spend, then what value it brings in..

Indian government has been confused about crypto really and how to deal with it. But I think as of late they are realizing that bitcoin and crypto can be beneficial, especially with India having a great intellectual, engineering, and technological capital.

I believe as time goes by India will embrace bitcoin and crypto and become a leader in the space.

That said Bitcoin doesn't need anybody's approval. If one country bans and limits access, many more will allow. There will always be use for it. It is about time how soon countries face the reality of the inevitable future.

Tell this to Nigeria too.
It is really sad they don't see this opportunity fast.
But eventually they will.
Thanks for the info.

I think this is a better improvement for the blockchain

Well we still need to wait for it to be active to see whether or not the new features will work out. After all I recall hearing about how the ETH changes would lower fees but I saw quite a few comments and posts about how ETH fees didn't change. Of course I am optimistic that it will work out.

The London hard fork (and Eip1559) wasn't supposed to lower fees, but somehow that misconception took off. It was designed to introduce a deflationary burn and to stabilise fees by reducing the fee spread (many were over bidding).

Thanks for the information. Maybe it was one of the other hard forks that would lower fees but I guess some people were confused about it. I didn't actively look up the information so listening to things from others probably meant I also fed into the misconception.

I think many confused the reduction of overpayment (over bidding) with reduced fees.

Full ETH2 is supposed to do it. Not the transition to proof of stake, but the sharing that should increase the number of transactions per second. However, the real thing is the growing constellation of L2 that use the mainnet as an anchor for security. Plus the bridges like Hop that avoid the L1 completely!

I have read that there will be more privacy of users. Besides, Taproot will pave the way for smart contracts for Bitcoin. Thank for letting us know.

Bitcoin is a "digital gold", a top cryptocurrency. A wrapper in which hundreds of billions of dollars have been invested. The project of the brilliant and mysterious proger Satoshi Nakamoto. Personally, I believe in Bitcoin and believe that it will change the contours of the future for the better.

It is indeed one of the best innovations of this century.

RUNS ON A PI!!!! head explodes 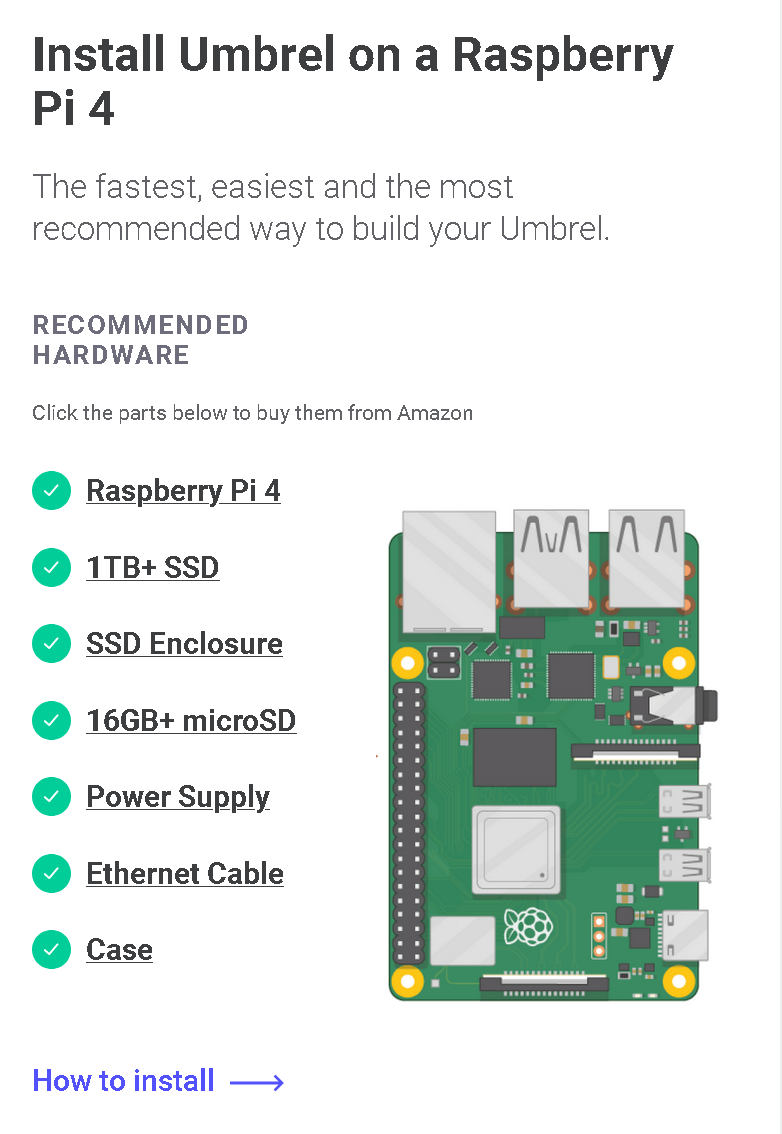 Good for a pi-hole!

Is good to hear that is just happen!

The big story here is that BTC can keep itself modern, a lot of people have only entered crypto this year and probably see BTC as old and outdated with no "hot" developments.

I don't even think it needs any further developments. It is good as it is. It works and serves its purpose.

It is amazing but it can be improved and there is a lot of active development. No harm in upgrades as long as they are slow and steady.

Hearing about this for the first time, thanks to you! Always good to see such changes in crypto world, especially with the most important coin - Bitcoin! :)