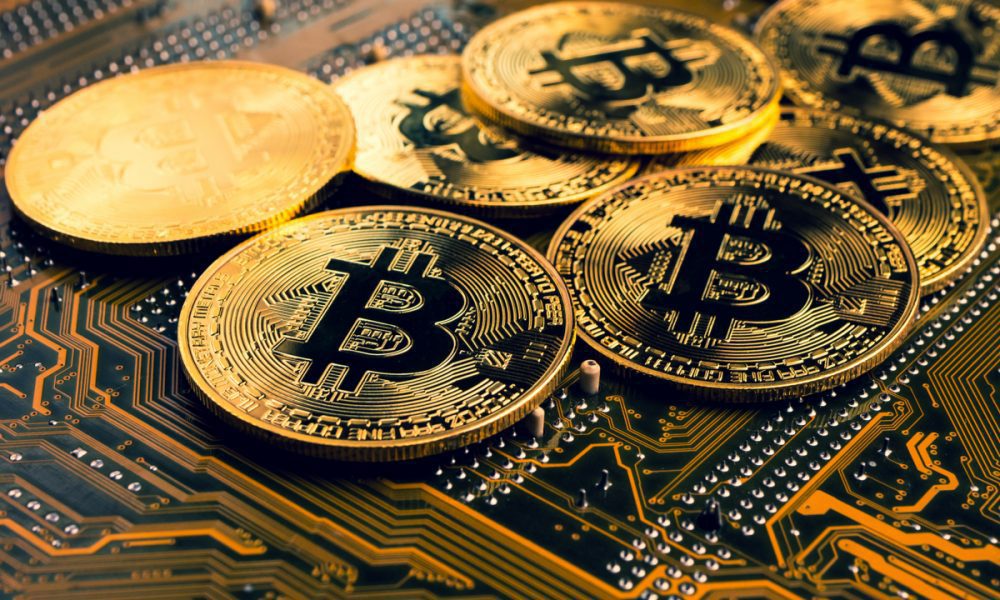 While the originally intended purpose of the Bitcoin was a peer-to-peer payment system without a need to a middleman, it has quickly became more fit as a store of value. Yes, it can be used for both and it is up to the people decide how they view and use their bitcoins.

Some of the obstacles for bitcoin to work as payment system for daily small purchases are the speed, fees, taxes. If I were to pay with bitcoin at the grocery store with bitcoin and have to wait longer than few seconds for the transaction to complete, transactions fee increase the cost of purchases, and also have to pay taxes as capital gains this would definitely make it difficult for me, the merchants to use bitcoin for such transactions.

However, these obstacles didn't stop bitcoin adoption. It continues growing as a network and in value. Over time it has demonstrated to be a great store of value. And the arguments for bitcoin as a store of value are very convincing. The simplest one is, if bitcoin keeps growing in value why would you want to spend it.

When there are problems, there are those who try to fix them. We have seen networks like Litecoin being created, Bitcoin Cash fork, and many other projects to address the same issue. Fast and cheap transactions.

There were two pieces of news today, that made me think that bitcoin as a payment system for daily small transactions in fact can become a reality one day. Lightning network has been also growing in adoption. Bitcoin becoming legal tender in El Salvador has brought a lot of attention to lightning network which makes it possible to transact with bitcoin for small daily purchases.

First news I saw was about Cash App integrating bitcoin's lightning network. Now users of Cash App can send quick bitcoin payments to other Cash App users. This is great. I can see more and more platforms integrating lightning network in the coming months and years. Why wouldn't they? Platforms usually follow where the money is. If the network continues to grow and there is more and more demand for it, they will have no choice but to integrate it.

Second news was more interesting. Apparently, there is a bipartisan bill being introduced in the US Congress, that will exempt bitcoin transaction from tax obligations if the associated capital gains are $200 or less. I don't think this bill will go anywhere and become a law. But the fact that there are efforts and ideas being discussed shows how far bitcoin has come.

If we are worried about tax obligations for every small transaction, chances are we probably fall back to fiat and continue holding bitcoin as store of value. At least that way tax obligations are less complicated. At the same time it makes no sense to tax an asset that is being used as a medium of exchange.

I personally utilize bitcoin as a store of value and tend to believe there is a strong case for that. Now after seeing these two pieces of news, I think we can't count out bitcoin as medium of exchange for daily small transactions either. At least not yet. It does seem like there is still room for a lot of progress and I can see how it can be possible. Things like speed, fees, and taxes may longer be the obstacles in the near future. If not globally, at least in certain jurisdictions.

The power of bitcoin is that it is just one thing. It can be many things, depending how people view and use it. I welcome all developments as net positive for the network overall.

There is another option to trying to use Bitcoin itself as a day to day currency. Why not hold your main store as Bitcoin, but use something like Bitcoin Cash for those smaller transactions?

Yes indeed. I would prefer to use Litecoin, Hive, or HBD.

That works for me :) ... I don't understand why people want to complicate things 😂

Lets not forget that there is also going to be synthetic dollars on lightning using balanced channels so you can lock up sats and spend in USD so you can avoid the tax issues in the short and medium term.

That is interesting. I haven't heard about that. I just recently started researching about lightning network. Still have a lot more to learn. I will pay attention to synthetic dollars too now. Thank you.

Like the old saying where there is will there is a way. Amazing how far BTC has come and to think if more countries adopt it as legal tender? I do think fiat and crypto can go hand in hand just like how today Americans use either credit cards or paper money. Exciting times to be alive. Thanks.

I agree. I would like to see a free market competition between fiat and crypto. Let people choose what they like to use.

Bitcoin is progressing daily and we have more people trooping in daily to be part of the system. P2P is what people use for transportation mostly which is common when using binance.

As much as I like and Hodl Bitcoin, I would never dream of using it for small day to day transactions.
I have been using Lightning network for quite a while but being honest my preference for small daily transactions is something like BitcoinCash.

I will need to try Bitcoin cash one of these days. So far I tried using litecoin and it works great.

Litecoin is a good one too.

that will exempt bitcoin transaction from tax obligations if the associated capital gains are $200 or less.

This is great, I mean, in India, it's 30% tax on anything Crypto no matter the gains or losses. These sorts of bills being integrated shows that government might just be trying to coexist with Crypto rather then totally attempting to bedevil it.

It is not necessarily in a government level yet. It is just few lawmakers trying to make a case. I doubt it will go anywhere productive. At least not yet.

Lightning Network really delivers on the promise of small everyday transactions.
Its very complicated behind the scenes but the user experience is very simple. And in the end that is what counts.

It is so much easier and smoother than using a credit card or PayPal.
It is a demonstrably superior system in every way to the current centralised platforms.

What wallet would you recommend to use for an iphone?

I use Wallet of Satoshi. Its an Aussie app that I find very easy to use.
Exodus also has Lightning integration.

exempt bitcoin transaction from tax obligations if the associated capital gains are $200 or less.

That's interesting. Worrying about paying taxes on every single little transaction is a big annoyance with crypto in general. There are times that I've wanted to make small trades to increase my holdings but never bothered because of the tax implications.

🤔 Maybe that's a good thing for me though, anytime I ever tried to trade I always lost money in the end hahahaha

Yes, tax confusion doesn't help with trading. You are right though for some of us it is probably best to be hodlers.

I think I will keep BTC as a store of value. I just think there are better options out there as a payment option. Personally I think HIVE or HBD would be a great choice because there are no transaction fees.

High volatility of Bitcoin presents to be a problem too.

It's interesting right, it was only clear that one day, Bitcoin would get to this level and in the nearest future even bigger.

Bitcoin, as the King of Crypto currency, don't need to stress itself to perform such transactions too.

There are many other currencies to do such errands for the crypto world, which will help strengthen the value and usecase of those coins in question.

I think what we should be more concerned with is the legalisation of crypto as legal tender, and the reduction of taxes.

Very good your analysis on the use of bitcoin as a payment system for small transactions. The use of bitcoin as official currency in El Salvador is an example of how they have been able to implement its use, I do not know how they are doing. This is a technology that is increasing and alternatives will surely be found.
Greetings

while everyone looks at BTC
silently stellar is conquering the world

BTC is on fire 🔥 now and the remaining coins will go with it because by. Is there father

This is a big win for cryptocurrency, btc being used as a medium of a transaction shows how much progress has been made regarding blockchain technology. Things we love to see !!

Bitcoin was/is a brilliant idea and it is a great store of wealth. BTC is very much the equivalent of holding gold, but online instead of physical. I try and use the smaller crypto coins, like DOGE, when doing day to day transactions for the cheaper fees..

As mentioned in the first comment to your blog, using LTC as an intermediate for small-size or medium-size transactions is currently what I do. I however see a clear use for HBD here (fast and cheap transactions), although it must become more mainstream first.

good investment. but I didn't put it in

Cryptocurrency generally speaking will find a common ground with money as a regular form of exchange. It's only a matter of time and some more technological improvements.

Obviously, you are very knowledgeable on this subject matter. Bitcoin increasingly remains a key store of value considering how I also have a bit of it in store. It would however take some time for it to be adapted as a means of exchange. A lot of work remains to be done.

Apparently, there is a bipartisan bill being introduced in the US Congress, that will exempt bitcoin transaction from tax obligations if the associated capital gains are $200 or less. I don't think this bill will go anywhere and become a law.

@geekgirl why do you think that the bill will not be passed as law?

Because majority US Congress lawmakers are not capable or not willing to do anything useful for people.

@geekgirl
That Sounds a lot like the average politician anywhere around the globe. Most politicians are for themselves first...

But I am sure over the years, there have been bills passed into law that was useful to the people...

Don't you think this one could be one of them?