I stumbled upon the article from @ecoinstant, where he talks about - BXT rewards are about to go LIVE! & various pools that you can enter to earn BXT and other tokens rewards. BXT is the native token for BEESWAP portal which is built on the HIVE Blockchain leveraging HIVE-Engine. I had some liquid HIVE and looking at APR for SWAP.HIVE:BXT Pool which is at 2K+. I decided to enter this pool. The same can be seen from the above image. I invested close to $2.6K+ and with the current APRs, I would be getting close to 4+ BXT every day as a reward. My current share in the pool is 146.237 which equates to 3.293%.

Following is the BXT inflation & distribution:

Every week the BXT token inflation reduces by 100 and after that only 100 tokens would be distributed. Details with regards to the all liquidity rewards pool are as follows::

I think now you would have guessed that, as to why I decided to for the - swap.hive : bxt liquidity pool. 20 % Plus the 2K+ APR is the primary reason to enter the pool and provide liquidity.

Also incase if you are not aware - there was an AirDrop of BXT tokens. 5000 BXT tokens were AirDropped to:: Check your Hive-engine wallet to see if you got any BXT tokens. I had a fair amount of LEO staked in my alt account @gungunkrishu.leo & as a result, I got close to 3+ BXT tokens which as of writing is worth 75+ HIVE 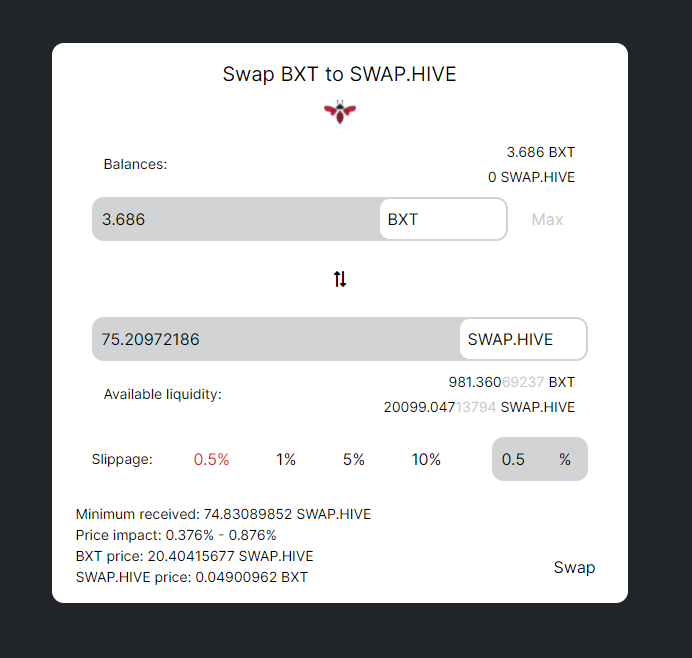 I staked the BXT tokens that I received as a part of Airdrop. 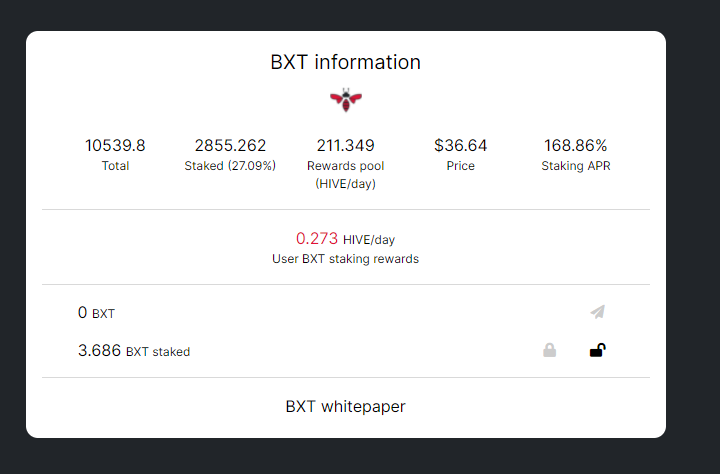 As clearly seen from the above image. The staked BXT tokens give you HIVE as rewards. And staking 3+ BXT is going to get me close to 0.273 HIVE/day. The current APR on staking BXT is 168% which I think is pretty decent. I'm planning to put all my BXT rewards from the liquidity pool to further stake BXT tokens and increase the HIVE rewards that I get daily.

Did you know about BeeSwap DeFi on HIVE? Are you planning to enter and pool? Did you receive the BXT tokens as part of the AirDrop - And what did you do with the BXT AirDropped tokens? SOLD or HODLing or Staked iT?

I didn’t know about this at all, this place is far too complicated for my life lol

Just knowing this for first time

I staked my tokens since I heard of getting paid dividends but I guess I didn't save enough for the diesel pools. In a way, I think the pool is the most attractive for the next few weeks and I'll see when I start getting reward payouts to buy some BXT so I can pool there.

Spread love.
Have a !PIZZA

I didn't know about it. Thanks for sharing about it. Will check more about it