Update of my metal music collection

Hello music enthusiasts, I'd like to present a few music items I've purchased in the last few months and added to my music collection. All music presented in my blog is mostly metal music items and this time is no exception. I've got the main three formats to present (vinyl, cd and cassette) and in the end something extra music related. All bands except one are hailing from my home country Greece. So let me jump right into them.

Starting from the vinyl record, let's all welcome Nightfall and their latest album At Night We Prey 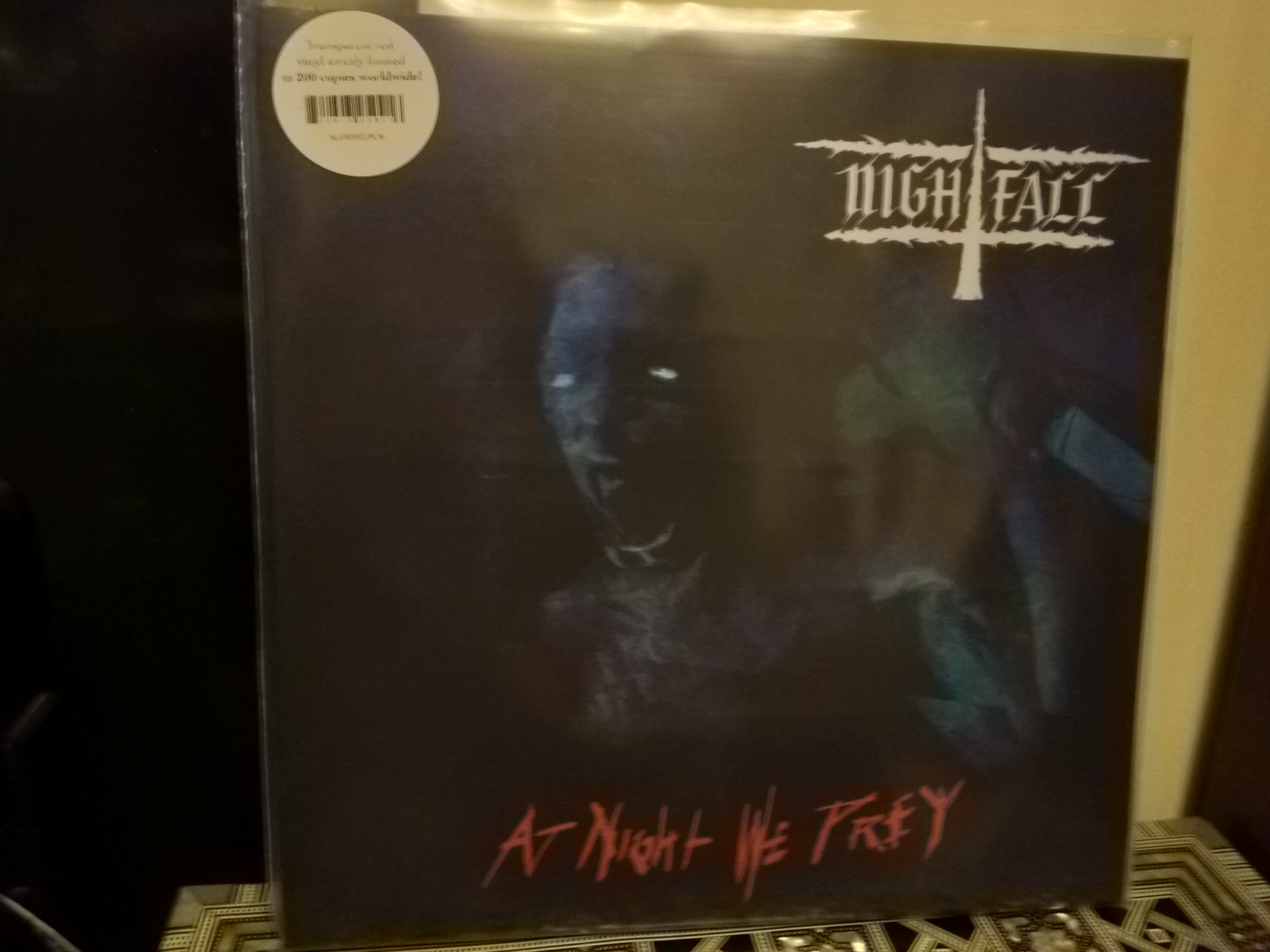 This album is the continuation of the band after seven years of absence. It's an important name in the Greek scene since they've been around from the early nineties. The band has been formed by frontman Efthimis Karadimas and in this latest album two of the primary members have returned along with a new drummer who's widely known having participated in another Greek extreme metal band Septicflesh. 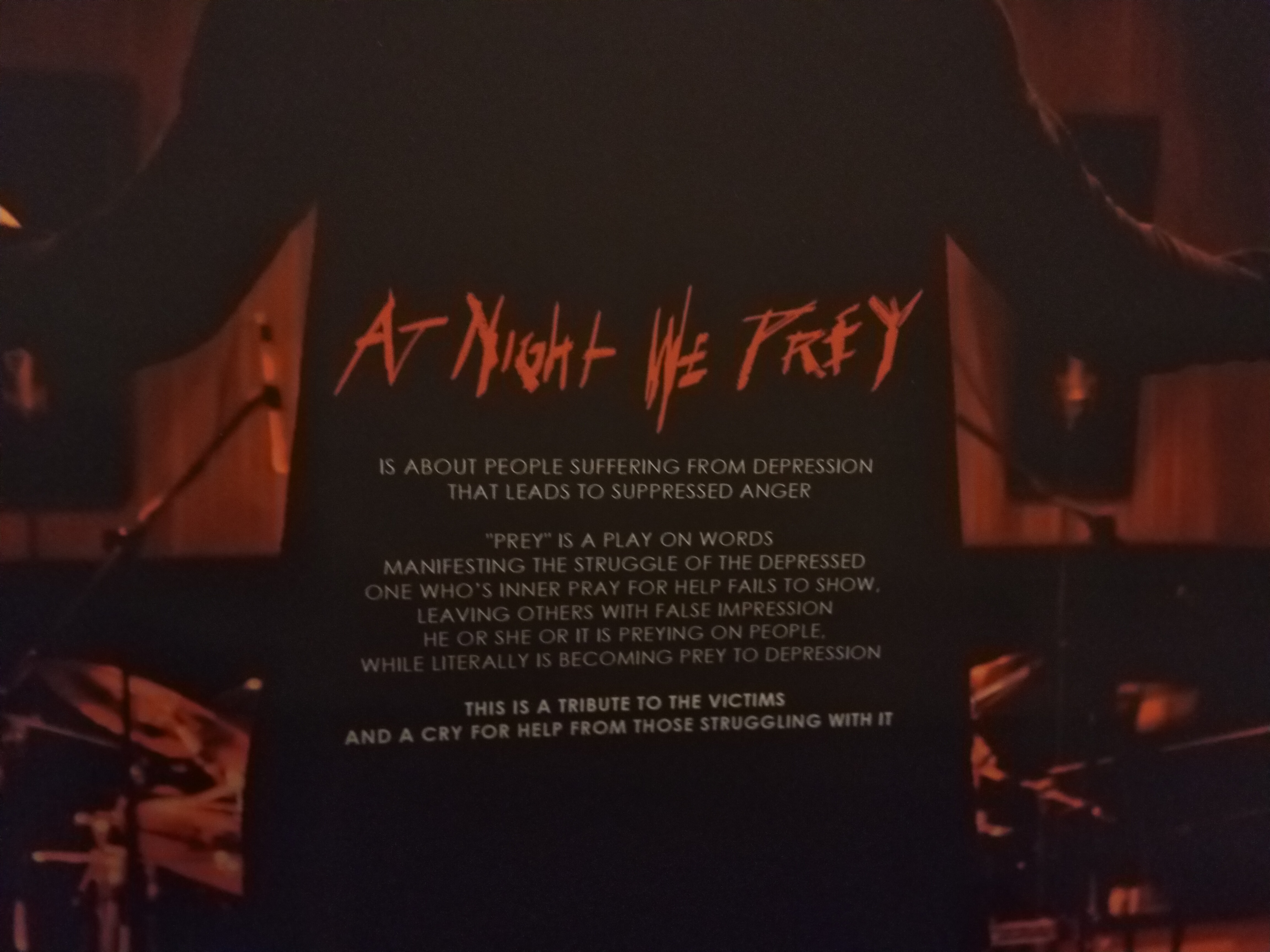 The album is an important piece of work in the Greek scene and I'm happy to own it . 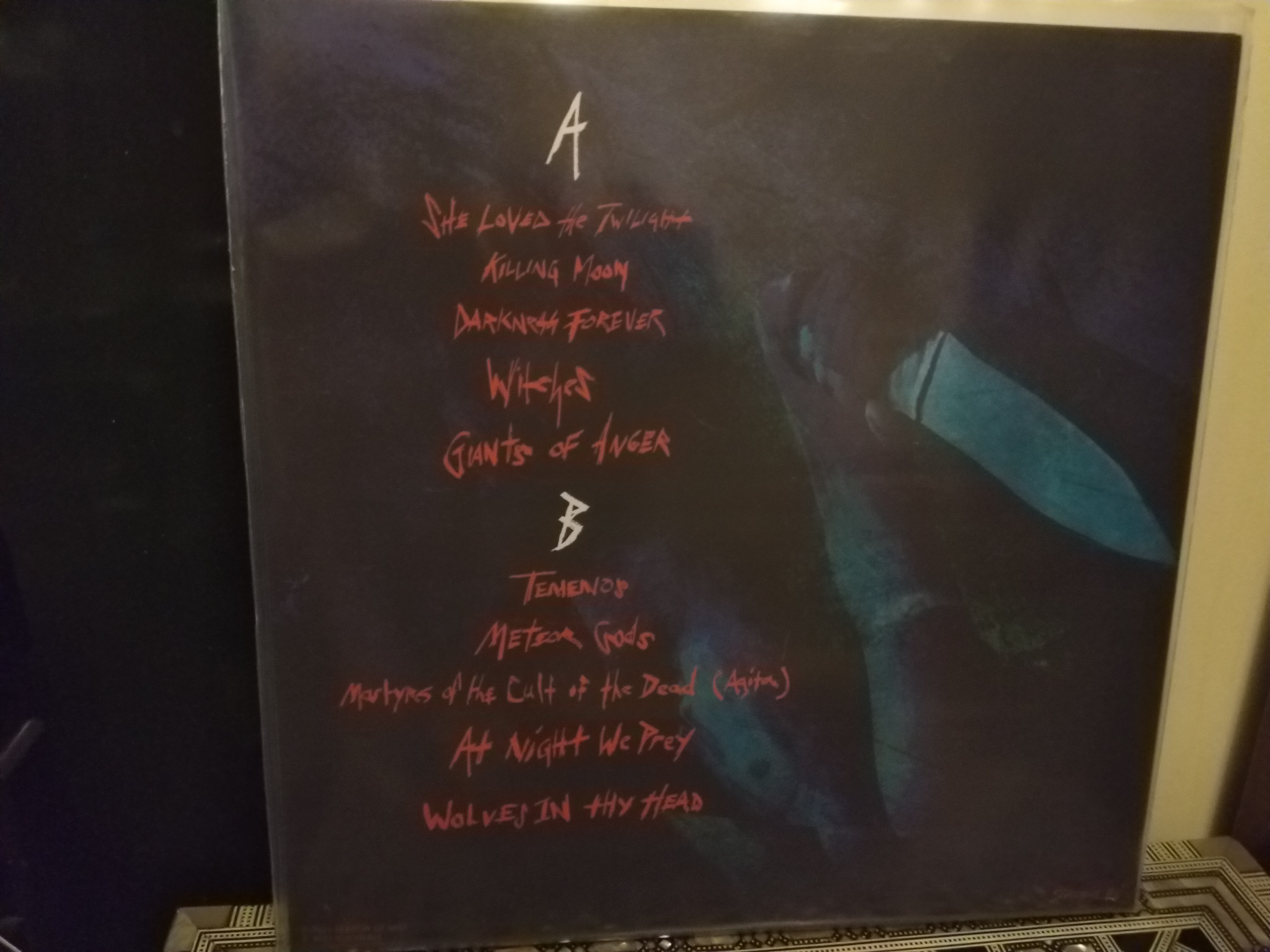 Moving on, another Greek band coming up, a newly formed one but the two main members are also veterans in the scene from the early nineties (or even the unripe late eighties), here I have Yoth Iria and their first full length album As The Flame Withers on cd 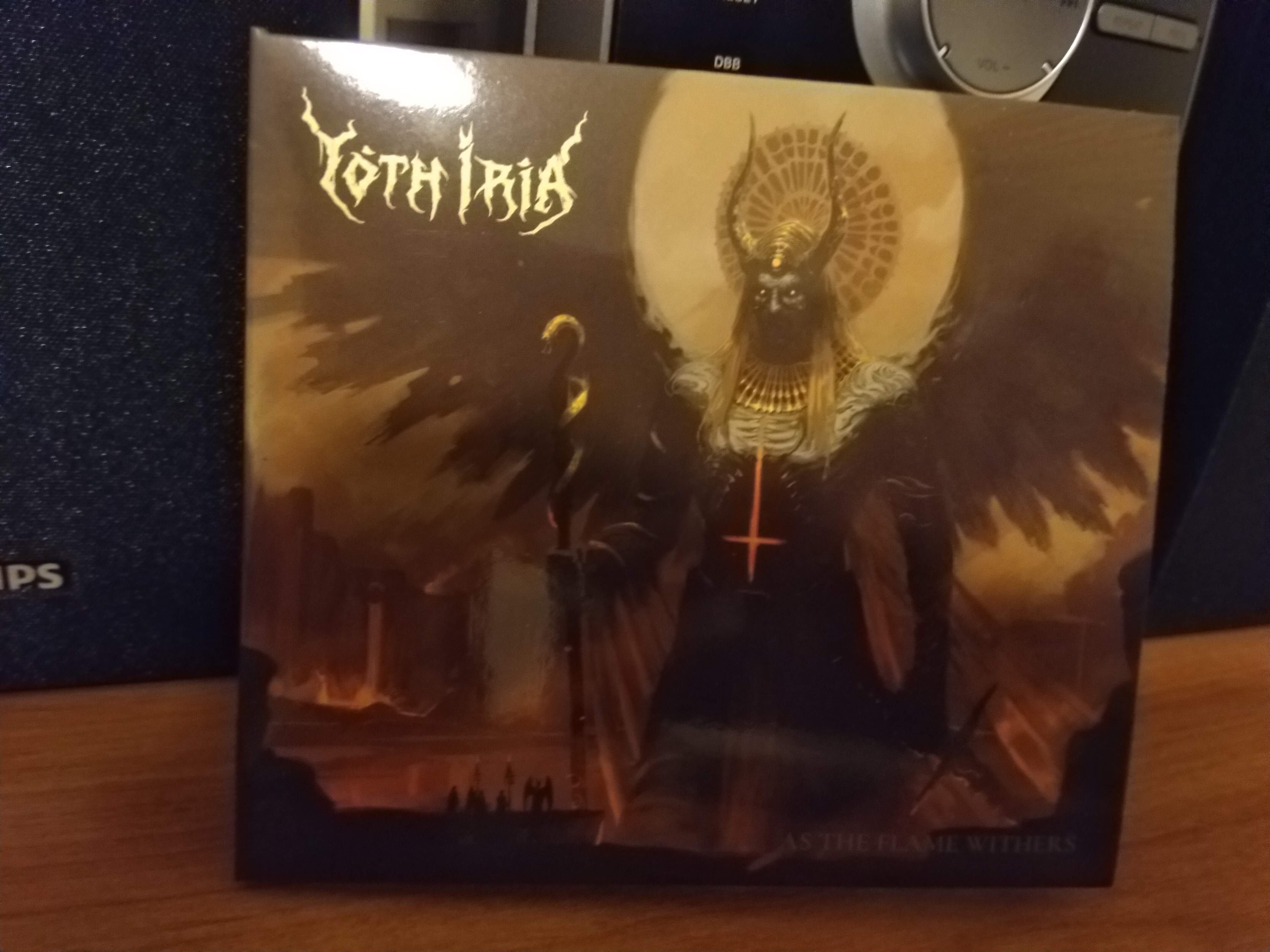 After the band having released an EP and then a 7'' split with another Greek band, both of those I also own and have presented in previous posts, here's the release I had been looking forward to since I listened to their EP.

“The song Yoth Iria is dedicated to the entity who is our main inspiration,” the band explains. “It is the embodiment of the dark side of pre-Christian civilisations and a reference to the dark self and the Luciferian spirit. High-priest and king, demon and angel. The music itself is in essence a hymn to him who defined the musical and lyrical direction of our band.” 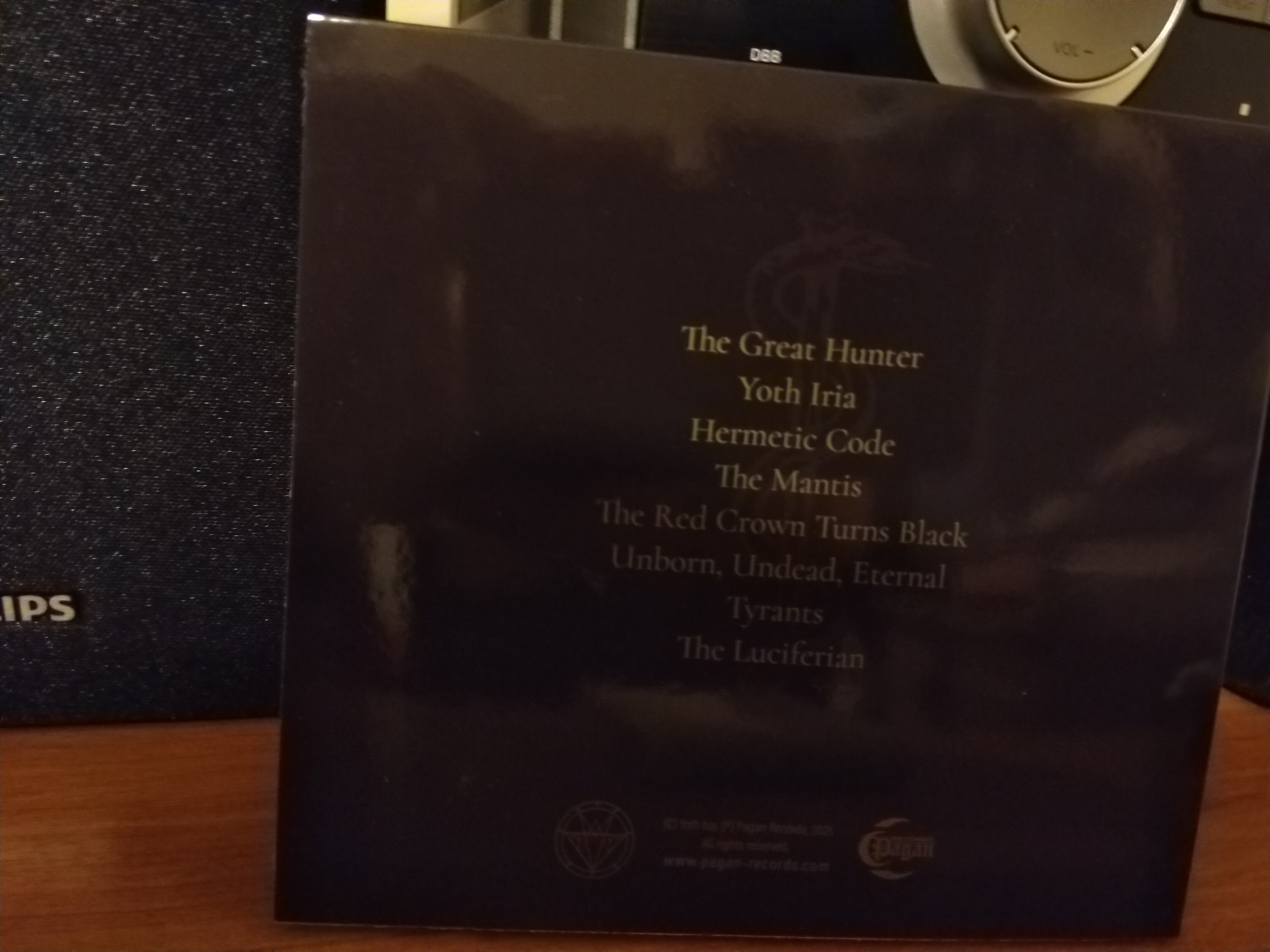 Moving on to the U.S now to present Savatage, now disbanded since their last full length album in 2001 (at least as far as I know). The album is Dead Winter Dead originally released in 1995, this version I have here is a remastered reissue in 2011 with two bonus tracks and somewhat recently got it. 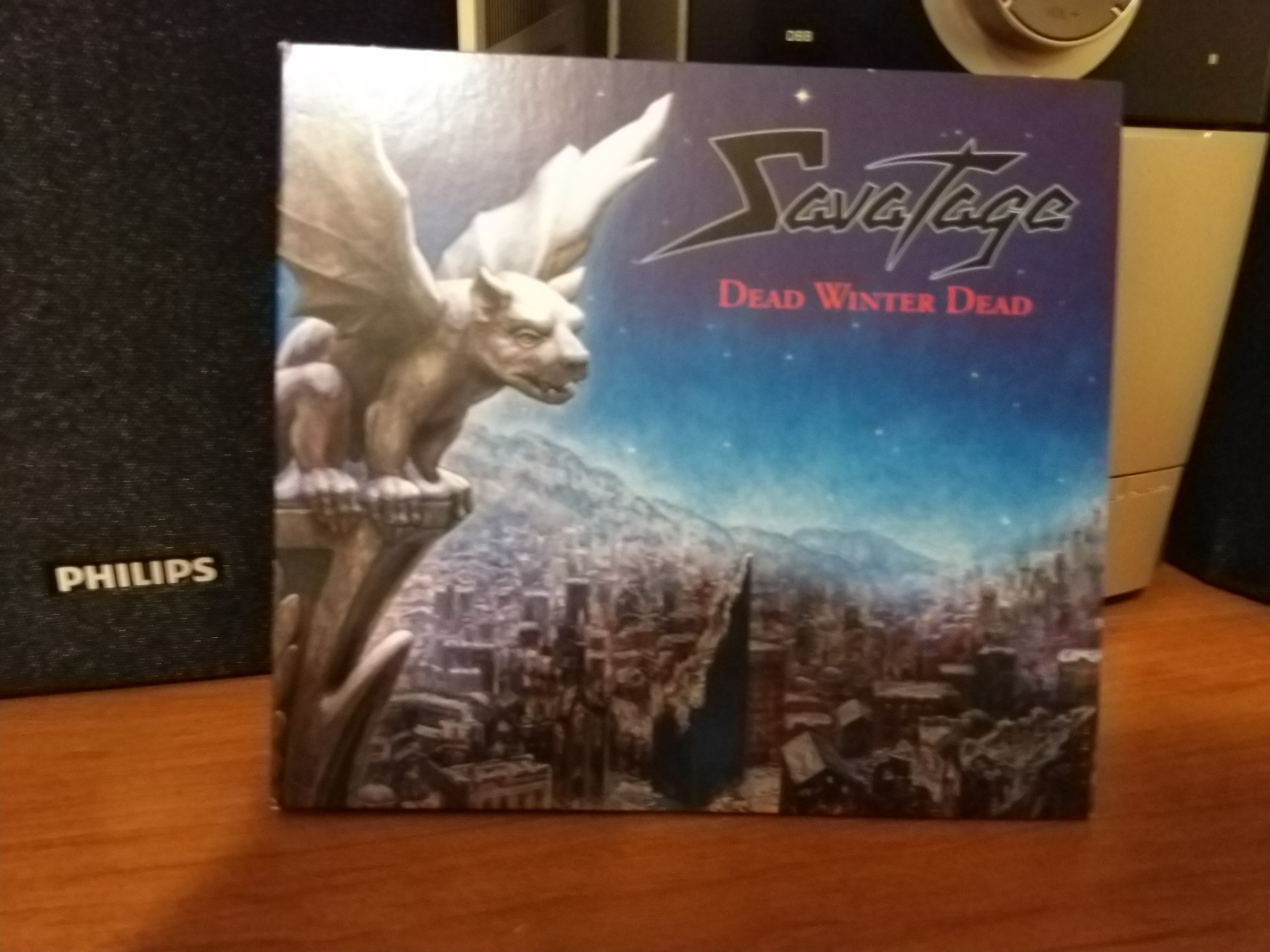 Savatage was one of the most interesting bands that back in the day didn't manage to get the recognition it deserved. The theme of the album revolves around the war in not so far from here ex Yugoslavia and connected to true stories. 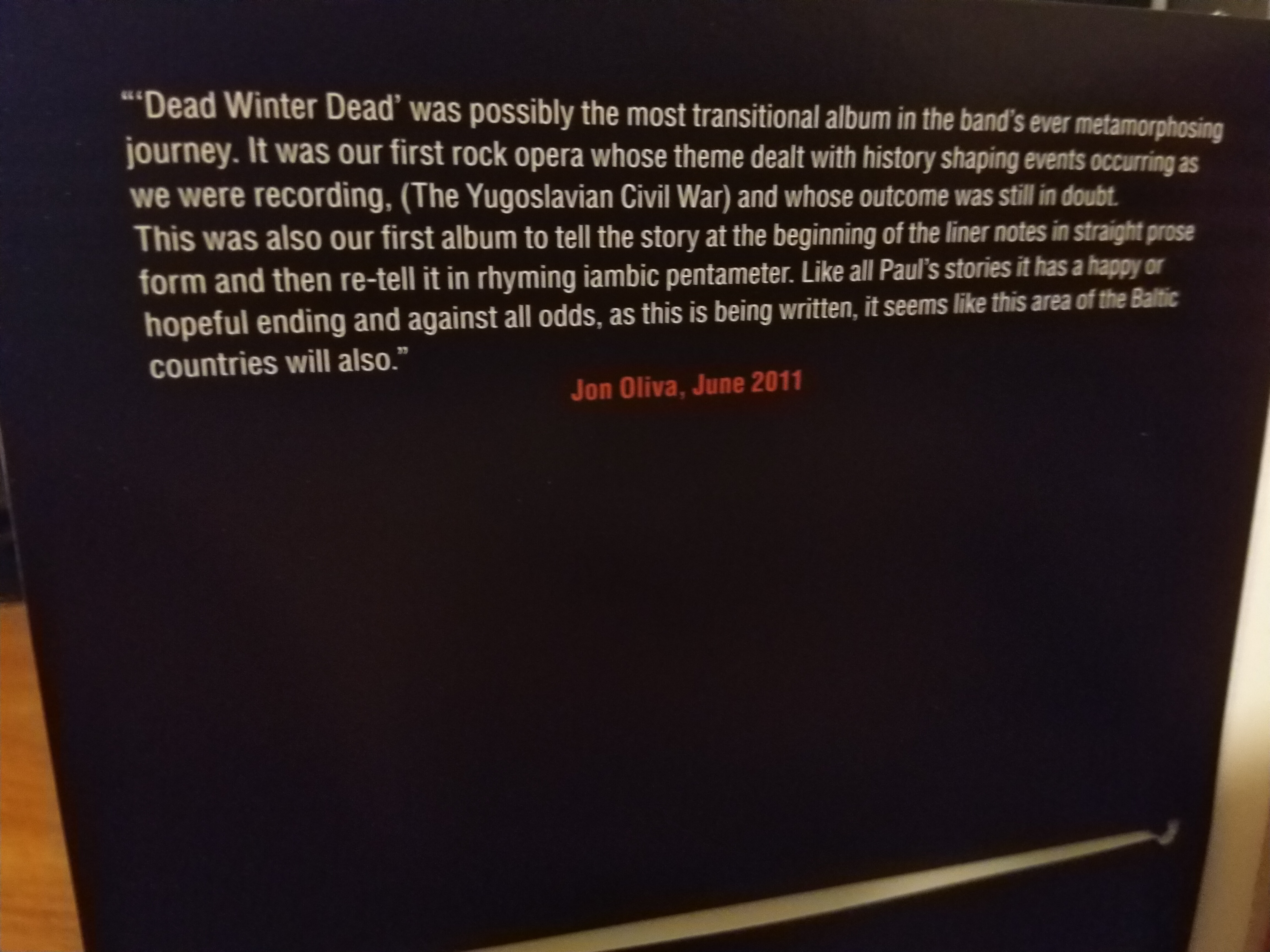 Asked about the band's activities, Jon Oliva stated in an interview to Metal-Temple.com (November 2006):

"There's nothing going on [with Savatage]. The situation is very simple. You've got the Trans-Siberian Orchestra, which is a multi-platinum, selling 30,000 tickets a night, band that is actually Savatage with a different name and different singers, that has become successful. And you've got Savatage which has a loyal core audience that is a lot smaller. You're talking worldwide about maybe a couple hundred thousand people where you know, I'm sitting here, talking to you on the phone, looking at my wall and I've got 5 platinum albums and not one of them says Savatage. And that's not saying anything bad about Savatage.

"We all loved Savatage but we gave Savatage its chance to get to the level where it was supposed to get to and it never did, for whatever reasons, you know - we had tragedies, everything like that. But to me Savatage was never Savatage after Criss died. All these other line-ups of the band that people heard from Edge Of Thorns on, to me was more like Trans-Siberian Orchestra actually than Savatage." 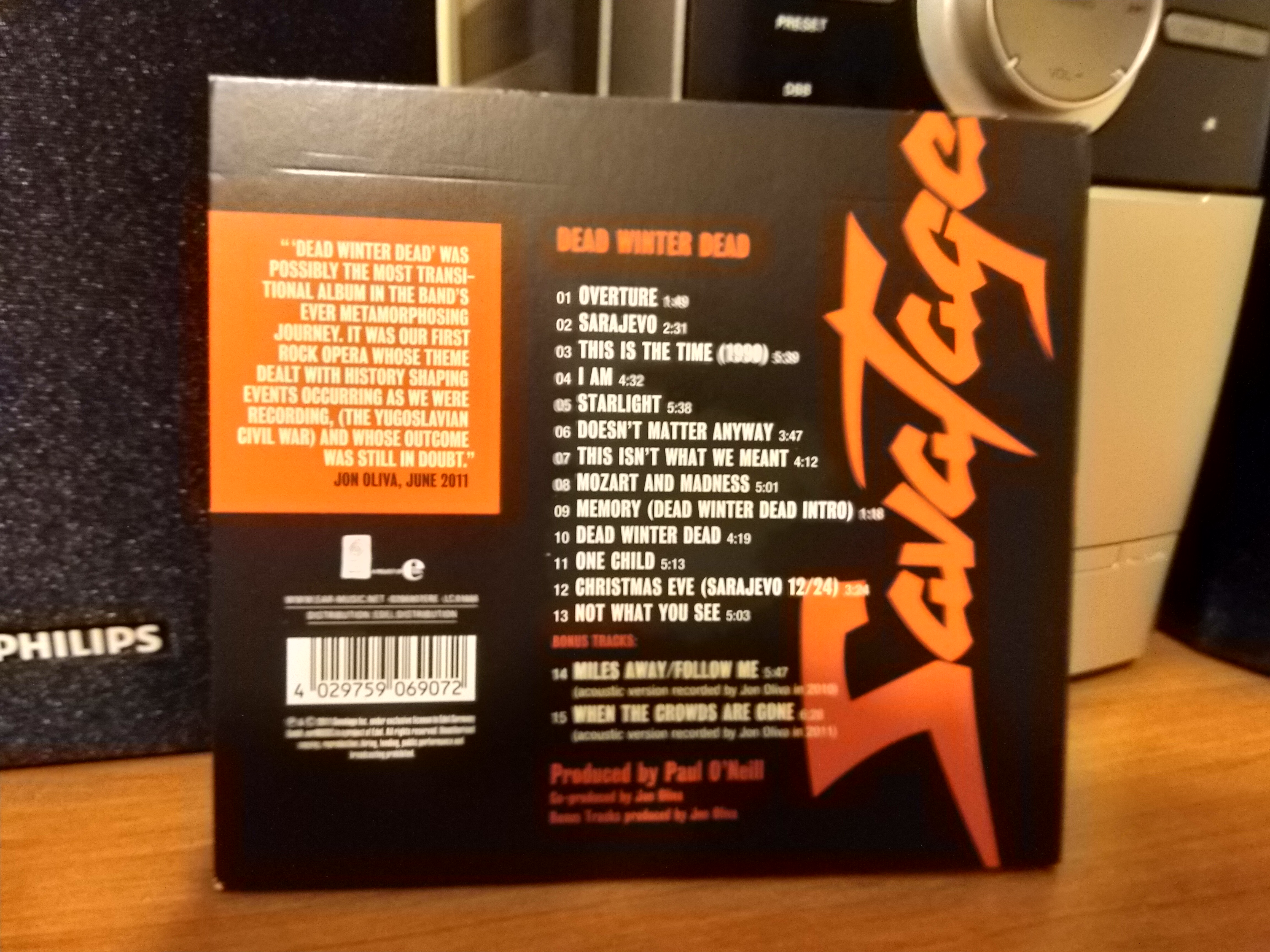 Moving back to Greece, I've got two cassette albums to present, the first one I've already presented but got it on limited cassette edition too, the band are Shattered Hope with their latest album Vespers 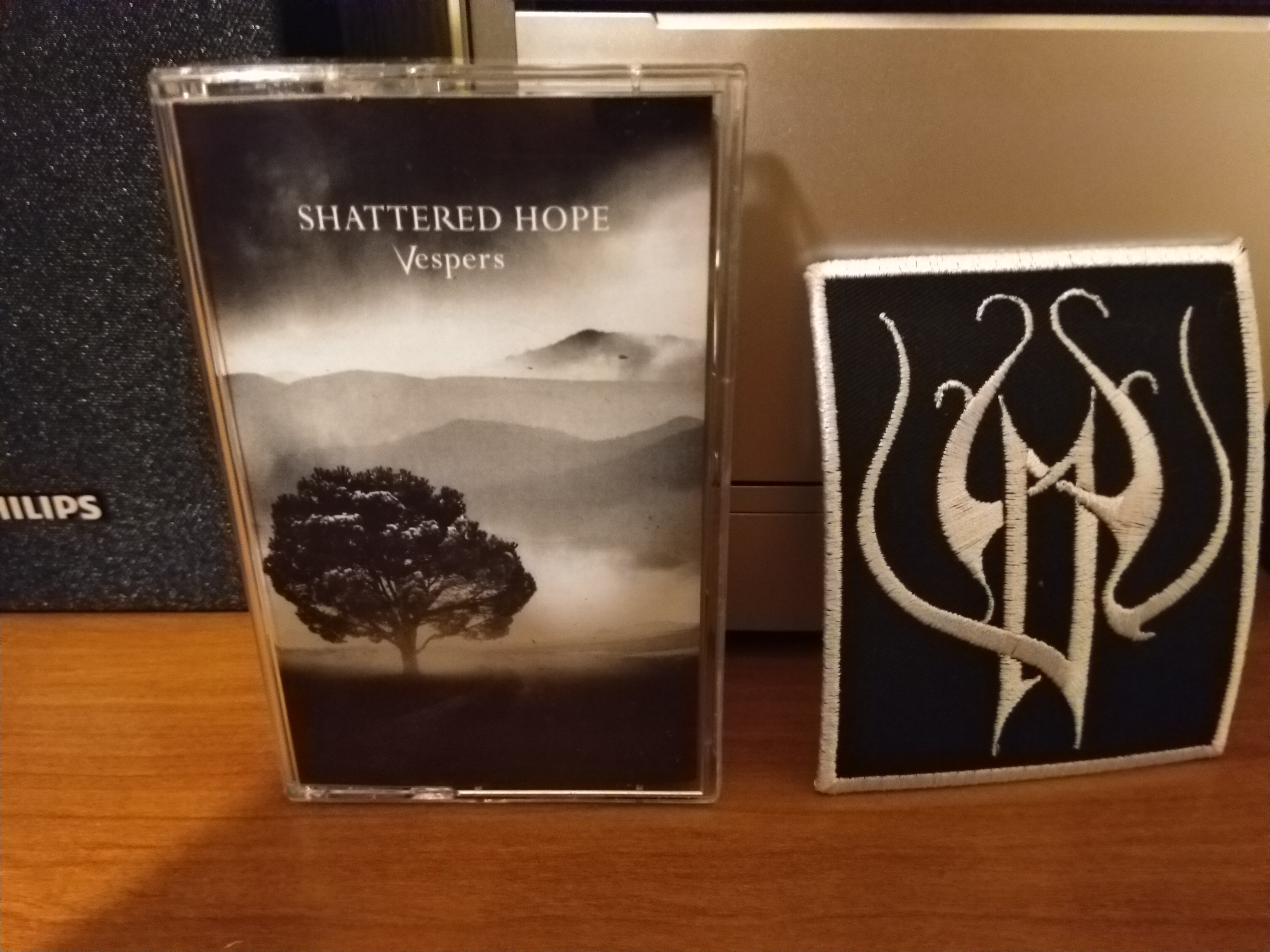 I got this album from a small label and distro located in the island of Crete by a black metal musician who started the label and I got excited when I discovered that this album would be released on cassette, so I placed my order and the guy sent me with it another album, which is basically a compilation of songs from different eras of his main project, it's the last item presented.

The music here is in the doom realm. A Cretan lyre, which is a traditional musical instrument in the island has also been utilized and can be heard in the last song, Wrath who's the person mentioned just above having started the label has done guest vocals in the second track, but the most intriguing part happens in the third track having the Greek title where Nick Vlachakis being the frontman recites an excerpt from the novel Life and the State of Alexis Zorbas written by Nikos Kazantzakis. The film Zorba the Greek (Antony Quinn, Lila Kedrova, Eirini Papa), produced in 1964 by Mihalis Kakogiannis was based on this book.

To free yourself from a passion,
obeying another higher ...
But maybe this also is not slavery?
To sacrifice yourself for an idea,
for your race, for God
Or maybe the higher the master stands
the longer the rope of our slavery is becoming,
then we jump and play in a very wide threshing floor
we die without finding its end,
and we call this freedom?

And the last cassette album is from the black metal band Dødsferd with the album Death Shall Purify the Wounds of Your Fragile Mortality. I had heard of the band before, but only the name, I didn't know anything about this band. I got to get in touch with this band having received for free the below cassette. 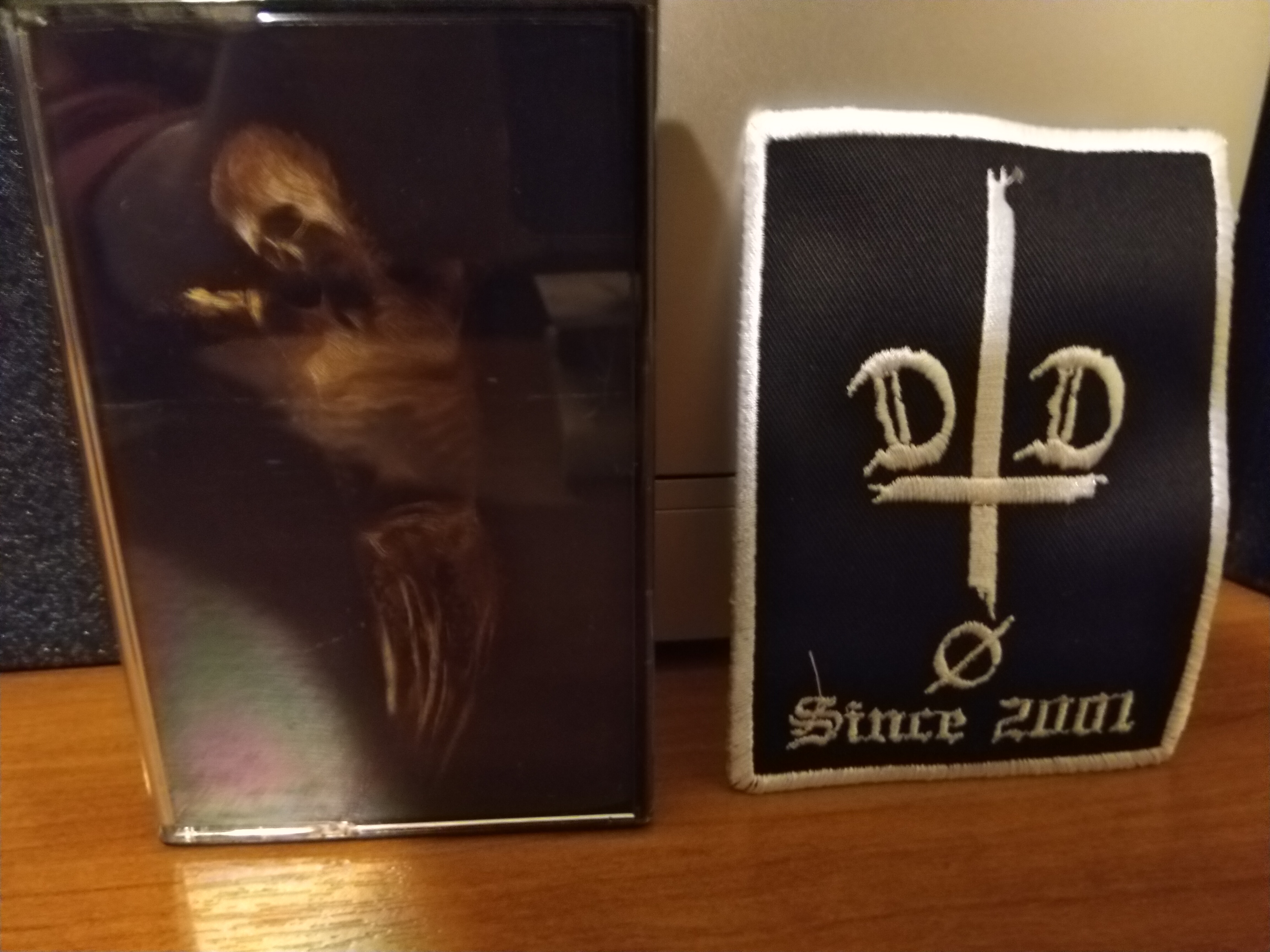 As I found out, this project and the mastermind behind it Wrath has many strong feelings against humans and their dirty / shameless / disgraceful behaviour and ways against our mother Earth and each other really.

“Death shall Purify the Wounds of Your Fragile Mortality” Compilation album contains songs from different periods of my life, since the birth of my band; a world pure and ideal for the noble ones, the worthy servants of my Father. Grieve and mourn for the end of this world, you wasted sub humans! For me and my kind though offers only joy and a vital chance to create something new from the ashes of the old! My songs are everlasting, as also my hate and disgust for your parasitical behavior upon mother earth!

The musical style is in the depressive black metal realm.

The last two items are fridge magnets as I ordered them to be, they're album front covers by Iron Maiden & Metallica, both albums I really like and I'm happy to have them! 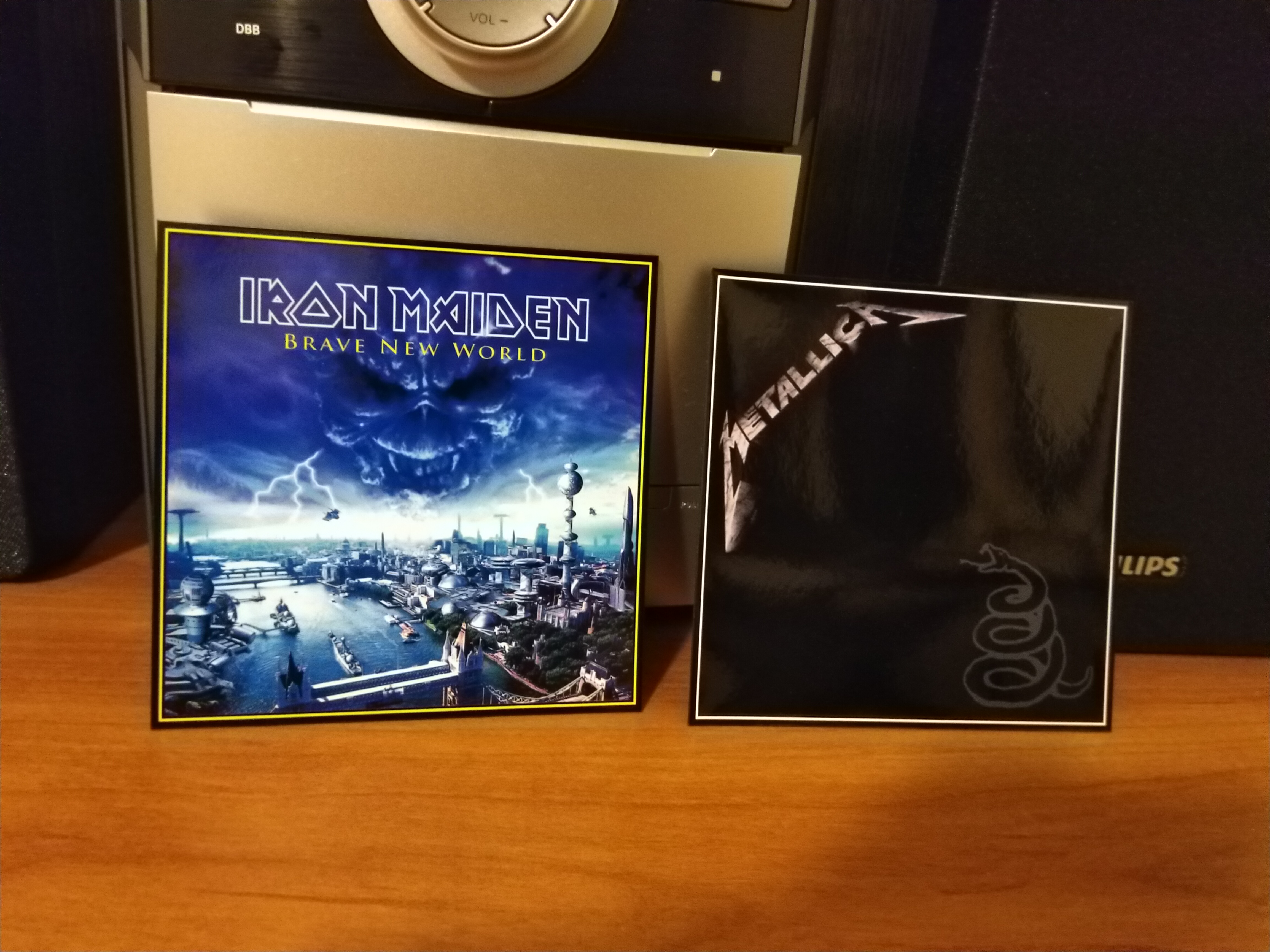 Thank you very much for taking the interest to read and maybe listen to the music as well.
Until next time with the next batch of music I'll have to present, Live Long and Prosper.