Doge to the moon!

@hetty-rowan 71
over 1 year ago
LeoFinance

And then suddenly you see a message in your discord that Dogecoin is being pumped. Wallstreetbets is behind this pump. You can quickly find posts about this happening on Leofinance… and the pump was beautiful. 400% in a day! I heard from someone that the 5 euros worth of Doge that someone had bought in 2017 had stood at 81 euros for a moment. That is not a bad profit I would think. (not cashed out as far as I know), but that aside.

I WAS AT A LOSS BEFORE

I was unsure whether I would try to grab some quick wins via Binance on the Dogelift, but also doubted whether I might not be too late for that. Because let's face it, Dogecoin is not a coin that is known for holding a high value. But at the same time I had also been looking at the trade pair Doge / Euro on Binance and there I saw the value jump enough to be able to take some profit by trading smartly (lol, as if I were such a master trader). And finally I was still looking at the more than 25 euro loss that I had given myself by entering a fast trading market with a trade pair that is apparently still too much for my 'blonde brains'. I had to get that back somewhere. And then it works best for me to step up in a very volatile market. And because of the pump Wallstreetbets threw behind Doge, Doge was a good choice for me at the time. In addition, with 175 euros you can still buy a nice number of doges, and quickly grab 4 to 5 euros profit per flip on short quick flips. If the market moves up and down quickly, you can keep this up for a while. Sell ​​high, buy lower.

I NOW UNDERSTAND WHY THERE ARE TRADEBOTS

And I can tell you it was a few intensive hours that I spent yesterday behind my pc, staring at my pc screen, staring at the numbers, the graphs and clicking like an idiot. Sold, click, click, click new order to buy again immediately. My God, I now understand very well why people use tradebots. They do not act from emotion. They are much faster when I enter orders, and they also place multiple orders at the same time. The point is that to properly set up that bot, you seem to need some knowledge of trading strategies. I cannot tell myself that I am so experienced in this now. Even though I learn by watching a lot and doing a lot more and more… but experience? No dude, are you crazy soon!

I FELT I NEEDED TO STOP HERE

At the end of these two crazy hours, I saw Doge's price drop again while I was trading, and I decided to call it quits. Because believe it or not, I have taken back my 25 euros with my quick short flips. And somewhere I started to feel that if I continued now, I would see my winnings disappear even harder if I could have caught it. So with 210 euros in my account, I was satisfied and decided to leave that for what it was. A stop on it… I would have left Doge for 25 euros more, in a very high sell order for that moment, but hey, he had already reached the 5 cents before, and I had bought this at 2.7 cents. So if he went to the 5 cents again… I would have had a really nice profit. Actually… actually, I should have known better, because the graphs clearly showed me that it was going down. But several miracles have happened. Thinking that I didn't really care what was going to happen to that Doge, I turned off the PC, went to watch a movie with my partner and then went to sleep.

FIRST THING TO DO WAS CHECKING DOGE

Waking up this morning, the first thing I did was look what happened to the Doge, it had fallen a bit, but I decided to just leave it there. And to see later what would happen to it. After all, these 25 euros is something I didn't have before, and I didn't really care what would happen to it. It was about having the 25 euro loss back to me. This has been achieved thanks to the Doge pump.

I know it has been a hot item, of course, and it all had to do with GameStop, but honestly… the reason behind it didn't even interest me that much. I have never owned any shares in GameStop myself. In fact, I've never owned any stocks in my life. But such a pump is interesting to hitch a ride on. Although you have to be very careful because as soon as it gets dumped, it will dump again. So in order not to go STRETCH it is necessary to really take this into account and not expect this pump to be long-lasting. After a heavy pump, you can bet there will be a dump.

STILL A LOT TO LEARN

The 25 euros that is now in Dogecoin ... is money that I tell myself I don't have, it is also not an amount that I can sleep over, and with the approval of my partner I now just use this as some play money to learn to act better. Then I can with the 200 euros that I now fully hand follow my tested and approved strategies, and hopefully get more returns in the future. Because trading, that is not just something of simply selling high and buying lower. If you do it this way, but have no insight into the Candlesticks at all, know nothing about other technical indicators and volume, and also know nothing about the marketcap etc ... then you can still be very 'cheated' and it will be more luck than wisdom if you have made good profits.

For now I am equally happy with the pump of the Dogecoin, it should certainly happen more often ... Lol. 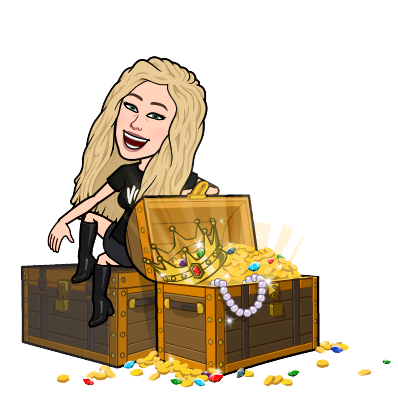 I on the other hand have around 2k doge but i didn't bother to do anything. Maybe if it ever reaches 10 cents or more i will cash out :P

I was quite happy with that too ... and for now, well just see what's going to happen. Hmmm I know that if that Doge will reach 10 cents, I hope that I see it, and then try to watch the Candles to see if it will go higher before cashing.

Consider that a win regardless of the amount.

Oh nice! Well 5 cents wasn't too bad if you see where it is now. And imagine that it still is way up if you look at where it was right before the spike.

I was asleep when it peaked at $0.07 traded on what I had in my Hot wallet. Never expected the price point to blow far past my $0.025 long term target so soon.

That's what you get when a big group of people decides to use Dogecoin as a protestcoin to show that they are sick and tired of all market manipulation everywhere. Thanks to #wallstreetbets group this happened.