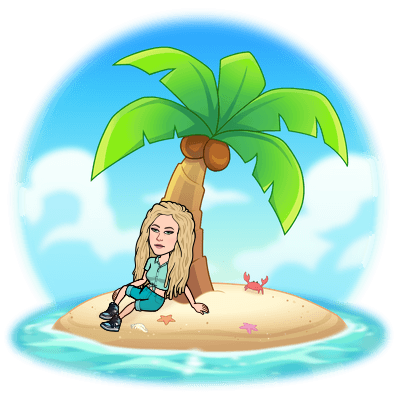 Many who end up in crypto get opportunities through crypto that seemed to be no longer there before. I myself belong to the latter category. Crypto has given me new opportunities that I didn't have before. It has opened doors for me that had previously been slammed shut in front of me. It has helped me develop a side of myself that I would not have thought of before. And it has helped me to stay somewhat afloat financially. In fact, it has helped me to remain independent and not have to knock on family's doorsteps to run errands. Yes, I have plenty of reasons to be a big believer in crypto. 3.5 years of crypto has given me more than the last 5 years before crypto came into my life.

But in all those 3.5 years I have never really been able to build up much because I had to sell even faster than I could build it up for real-life issues. Now an improvement is slowly becoming visible so that I can also carefully start thinking about building something. And when you think of building ¨long-term¨, you quickly think of Bitcoin. That was completely out of my reach before, it was of no use because the Bitcoin fees don't lie, and why would I buy 0.00001 Bitcoin if I can't hold it anyway?

Now at this point, I'm starting to think about it a bit more, I'm starting to make more long-term planning and so I'm slowly flirting with Bitcoin again. What makes it extra attractive of course is that Cubdefi also offers the possibility to grow your Bitcoin by an x ​​percentage in a relatively safe environment. Thank you Khal and team!

Only now it comes .. because what is wisdom now? At first, I thought of the Bitcoin / BNB farm. Not surprising with an APY of 50%. But yes, then you also have to take into account Impermanent loss. After all, you throw your BTC into a liquidity pool. So yes, I am aware that it fluctuates now. That is a fact that you cannot avoid once you step into a liquidity pool. Although I only wrote something about DODO where there would be no more Impermanent Loss. I need to figure this out more for myself. note to self

Anyways, the next thing that caught my eye was the 'single farm' BeltBTC, and there I mainly had an issue with the fact that I don't know Belt, so I was wondering if that is reliable. Sorry, call me crazy or suspicious, but I don´t need a rug pull. I can miss that like a toothache. The second issue was that the APY is actually not that high in my opinion. Yes, I know! With traditional fiat, in the bank, you get half a % per year if you get that at all. But still, 9.67% didn't seem very attractive to me ... although it is attractive that you do not lose Bitcoin because you are not in an LP pair in that single farm.

Choices, choices… it's not easy sometimes! I got into a conversation through discord and she told me she was struggling with the exact same thing in mind. And she also did not find the 8.57% attractive in the BeltBTC kingdom.

We both took a screenshot… and weird but true. With her it said 8.57% and with me 9.67%. We were both watching the BeltBTC Kingdom on Cubdefi ... and we both refreshed the browser once, but the difference in APY remained.

Right now I'm not doing anything at all, but I'm wondering what could be causing this. Because 1% is not much, but if you talk about big investors who can immediately throw in 5 Bitcoin, or more, a difference of 1.10% is significant. And certainly, if you include the auto compounding part in it.

Advice on what is wisdom is welcome!

And does anyone know how to explain that difference in APY at the same time in the BeltBtc kingdom?

You can call the LUV bot a maximum of 4 times per day. To give more each day, check LUV Levels.