@hirohurl 66
about 1 year ago
The CTP Swarm

Here’s a video I made this afternoon to report on my progress towards my crypto accumulation goals for 2022.

Progress was slower than necessary if I am to hit my crypto targets by the end of the year. However, I was able to fashion a few excuses to exculpate myself, so all is well! 😉

Check out the video, or if you prefer to read, scroll down to the transcript below (good luck!):

Hello folks, this is David Hurley of https://davidhurley.net talking to you on Monday 31st January 2022.

A Slow Start to the Year…

Well, to be honest this month has been a bit slow. A bit of a slow old start to the year. Let’s have a look at the progress. We’ve made progress across most of the targets with the exception of CTPSB on the Hive blockchain, where we haven’t made any progress at all.

So let’s have a look at our targets down here.

The State of Play at the End of January 2022

That’s the Listnerds token which is designed to support the Listnerds blockchain mailer that was launched at the begining of this month.

So that is good news. I am on target for the Listnerds goal this year.

Really, what I’m aiming to do is hit my larger goals first, so Hive and CTP, and free Bitcoin Satoshi, then when that’s been achieved, I can switch my attention to the other tokens or put more attention onto accumulating the other tokens.

What Are My Excuses? 😉

But anyway, why have I been so slow?

It’s time to pull out some jolly old excuses.

So one reason why I’ve been slow in making progress with Hive and CTP especially, and I think also Alive tokens and ProofOf brain, is that I just haven’t been creating enough content on the hive blockchain.

I usually create content on CTP Talk and put in tags to pop it out onto the various communities. So if we look at how many blog posts I pumped out this month we have 1, 2, 3, 4, 5, 6, 7, 8. This is the first one of the year, so eight blog posts, and they tend to bring in around a hundred CTP: Ninety five, this one didn’t get much traction, the first progress report ! Oh well, I hope this one gets more traction. 81, 62, 86, so yeah, not so much traction there.

Do I have a good excuse for why I didn’t put out enough blog posts for this month? Well, no excuse is really a good excuse, but I love excuses!

As I wrote in this one, the middle of the month one, I did suffer some distractions. The 15th was my birthday and I escaped from all my responsibilities to go and have a little party with some close friends, and that rather undid me for that weekend.

So yes, we had some mid-month social distractions, but I’ve also been finishing off my college teaching this month that started in the second week of the month and has carried right through until today – it’s actually been quite stretched out because of one college’s second years were self-isolating so no second years were coming into college during last week, so I was finishing off the first year classes and then I had to come in the following week, or this week – where are we now? Monday. So it was two weeks ago only first years, and then last week I was then having to go into college, each time just to teach one class wheras I was expecting to finish college term on the 21st of January, but instead it stretched out another ten days to allow me to finish off the second year classes at that particular college.

So that has stretched things out and taken me away from my computer, which is another excellent excuse for not making good enough progress with my token accumulation this month.

We have a third excuse which I call “swallow the toad,” and “swallow the toad” involves all the annoying extra work you have to do as a lecherer – I mean lecturer – in college after classes have finished, or once term finishes. You’ve got to do the grades, you’ve got to do the class reports, you’ve got to prepare a syllabus for next term. This term I had to make video, a sayonara or farewell video for all the graduating second years at the vocational college.

So I’ve done those four things. I’ve got all those toads swallowed.

Get Ready For February Excuses! 😉

I am now waiting – there’s a bit of a pause, which is why I’m now able to produce some content, until another College-load of grading comes. One College, they’ve just finished the courses today and they’re taking exams later this week, and a big wad of exams will be sent to me to wade my way through.

And then, once I’ve cleared all those toads out of the way, this month, or next month, February, is of course, in Japan, tax returns month. So there we go. Yet more slavery will be loaded upon me.

On Swallowing, And Being Squatted On By, Toads

And so it got me thinking thinking about toads.

You know, that idea of, I think Brian Tracy mentions it though he didn’t originate the idea, of swallowing a toad, or I think he calls it a frog, swallow a frog at breakfast time and then nothing else seems quite so unpleasant.

But it also reminds me of a poem by the English poet, Larkin, Philip Larkin, which is titled “Toads,” and so I thought I’d just read it to you not the whole thing just the first couple of verses:

Why should I let the toad work
Squat on my life?
Can’t I use my wit as a pitchfork
And drive the brute off?

That, my friends, is what we’re trying to do with our Internet marketing, affiliate marketing, and cryptocurrency accumulation endeavours; we’re driving that brute toad “work” out of our lives.

Six days of the week it soils
With its sickening poison —
Just for paying a few bills!
That’s out of proportion.

Now listen to this. He says, Lots of folk live on their wits – and look at who he puts at the top: lecherers – I mean lecturers –

Cor blimey! Are you sure? I don’t think we lecturers are living on our wits. We are wage slaves, my friends!

Now I love doing my lecturing job. I love teaching, and at the end of term lots of jolly stuff happens, as happened today.

Let me just show you how things were going. This of course is another excuse! What took me away from getting any work done was that at the end of the class I wasn’t able to rush off home to my computer. I was held up saying farewell to my students. 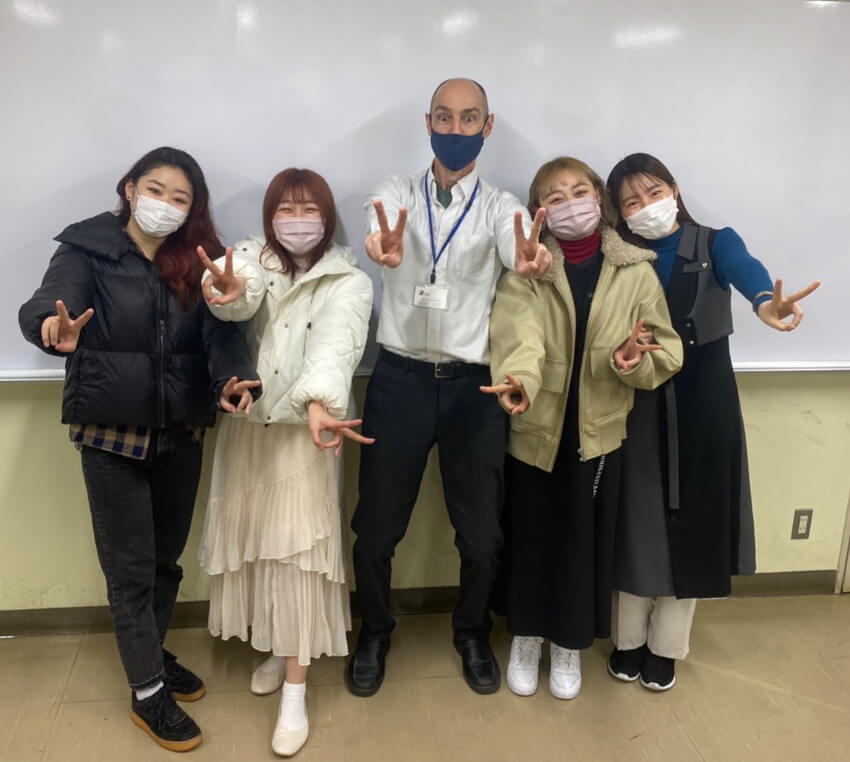 And at the end of an academic year we have to take these photos together. Yes, there we are. 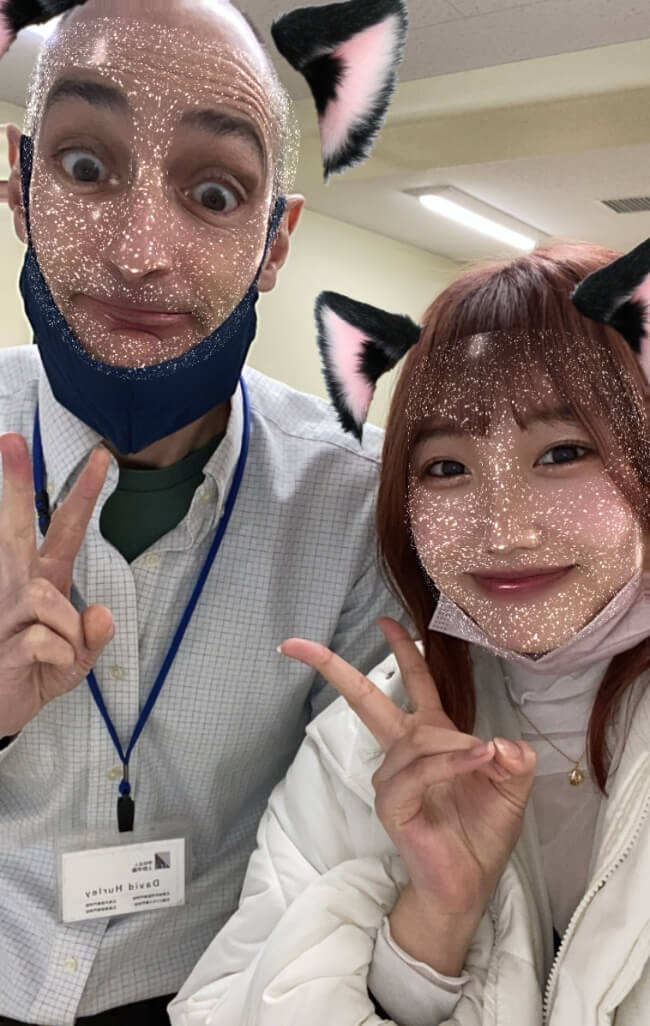 So these are the things that have been distracting me.

What else have we got to report on?

I think that’s it really, isn’t it? That is it.

So, next month, February, I am much freer, though I do have to do those tax returns and one more set of grades. Two toads to swallow, but I believe in February I will be able to create more content, which means I am expecting to generate more HIVE and CTP, and ALIVE and ProofOfBrain tokens and also some LEO tokens to speed up that progress.

Working on my Affiliate Marketing Business

I’m also going to be doing a lot of work on the affiliate marketing side of my business. Actually, that is another thing I’ve been working on quite a lot over the last few days, cleaning up my blog, Top5Programs, I’ve mentioned that in another post on CTPTalk and I’m putting a lot of focus onto making Top5Programs something special for me this year.

So apart from my cryptocurrency aims I’ve got some ambitious aims for the online affiliate marketing side of my business.

Anyway folks, hope you’ve had an #aliveandthriving January, and let’s stay #alive and knock it out of the park in February.

That’s all from me for now,

Awesome bro @hirohurl
Your growing and living your life my friend
Love your energy have the best day:)
!ALIVE

Hi @benthomaswwd - thanks for popping by! Glad you enjoyed the content. :)