Being saturday and all, I dropped into Lidl and picked up another 4 random beers. 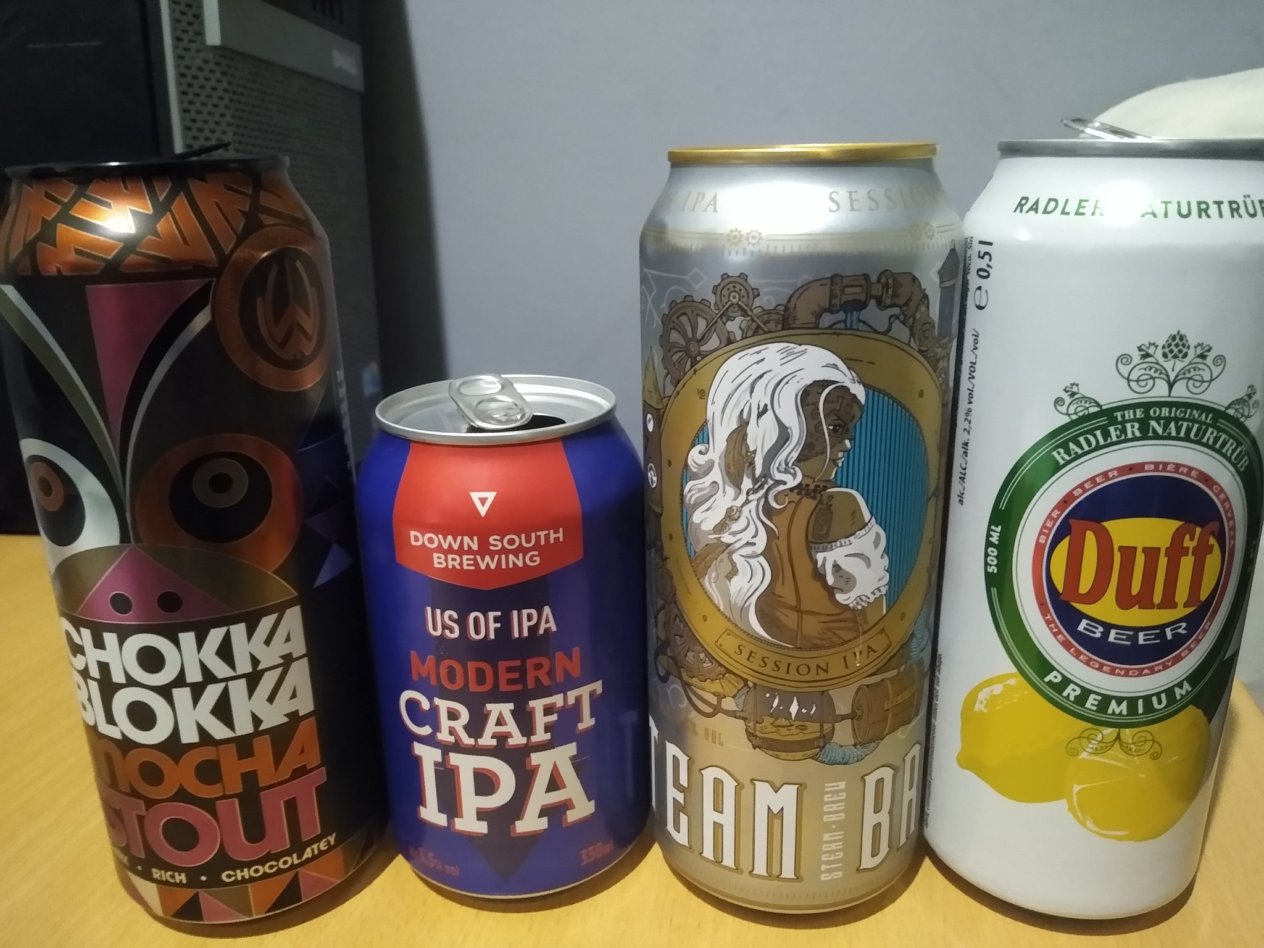 I just love the designs they have on the cans these days - proper marketing designed to pull in the likes of me - and it works !

First up was the Duff Beer ! 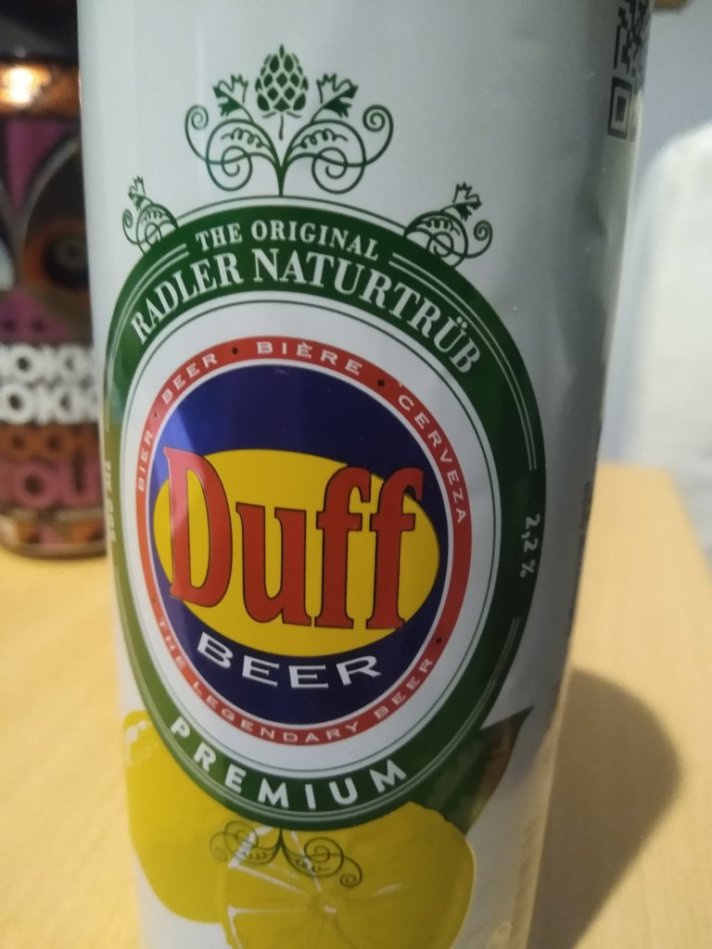 I could not resist - the chance to drink the same beer as Homer - oh yes ! Well its actually a Radler, - half beer/half lemonade, brewed in Munich, Germany. In the UK we call that a shandy. It was only 2.2% in strength, but to be honest, I quite liked it. I have a sweet tooth, so I always crave sweet. And one other thing is that it was quite a good thirst quencher. I had to try it for novelty factor !!! 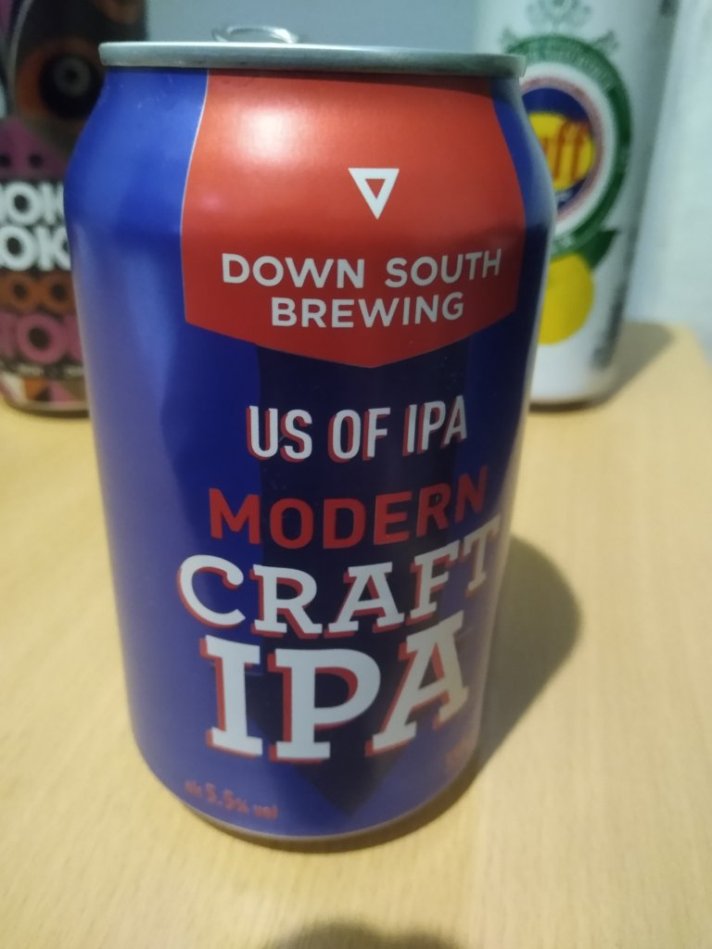 Next up was the modern craft IPA from Down South Brewing, which is brewed specifically for LIDL in the UK. Weighing in at 5.5% it was really bitter and quite treacly. Not thick, just tasted like treacle ! Too bitter for my taste to be honest - it tasted like someone had home brewed it ! 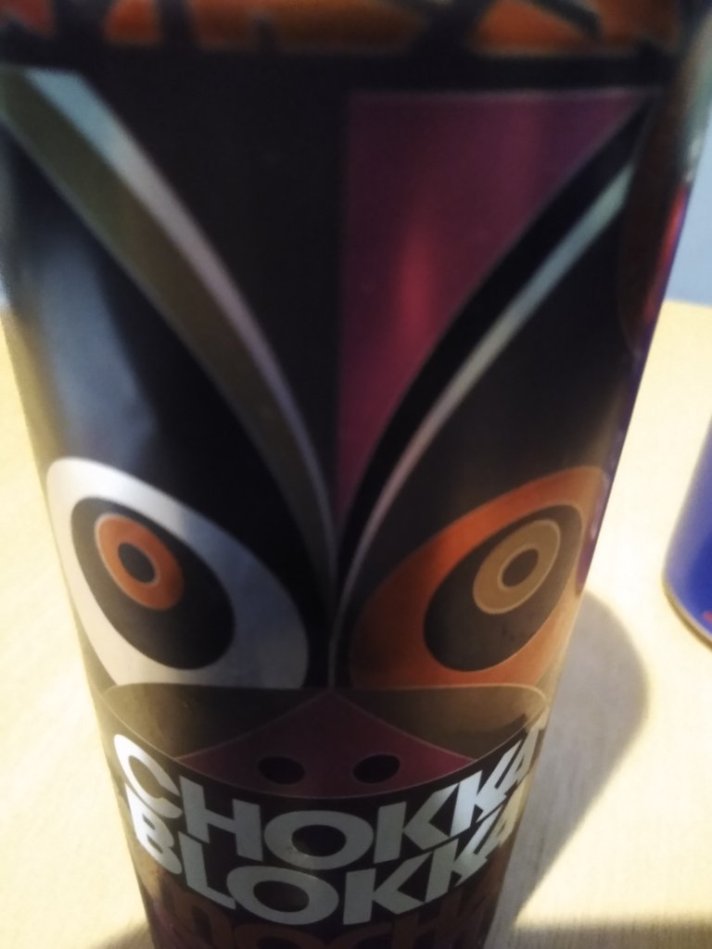 I then tried the Chokka Blokka Mocha Stout from Williams Bros Brew, brewed here in Scotland in Alloa (not that far away from where I live). I just loved the can design, but I do also like a stout now and again. 4.8% and described on the can as Mayan inspired, and dark, rich and chocolatey ! It was actually lighter than I thought it would be - lighter than a Guinness for sure. But again it did have a strong treacly taste, but not as bitter as the craft IPA. I could not taste any chocolate though. It was alright, and I preferred it to the modern craft IPA. 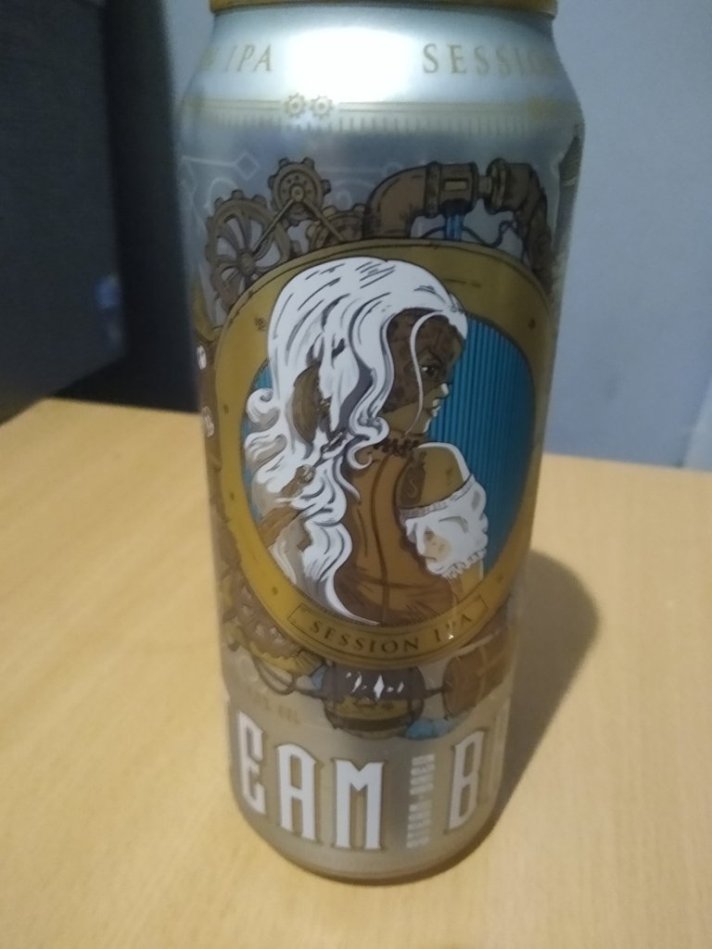 And then last but not least was the Steam Brew session IPA. 4.9% from a German brewery (Privatbrauerei Eichbaum GmBH). It was really surprising I have to say - very hard to describe, not like an IPA at all I would say. It was quite fruity, and fairly light - not lager light but heading in the at direction, although it did have a bit of a metallic after-taste, which is never a good thing.

So discounting the Duff beer as I only bought that for the comedy factor, I'd have to say that the Steam Brew was the winner tonight. Not at all what I expected - fairly refreshing, and just not remotely as bitter as the other two. I do tend to prefer lagers, so I'm not sure that I'd buy any of these again - but it was nice experiencing the different tastes. And you never know, you always have the chance of finding one you love - not tonight for me though.

Anyway I enjoyed the tasting session - hope you are all having a great Saturday !

I think you had a great #BeerSaturday with these 4 beers. And as you say, the designs on the cans are very nice! Sometimes you have a good design, but the beer... But as I can read you enjoyed the tasting, so, I'm lucky for you! Cheers!

Many thanks for the kind comments - I enjoyed the tasting experience - so it cant be bad. Cheers !

I have so much things to do, and so little time, but this kind of degustation is appealing! Although I won't be very productive after!

Anyway, this one to your health! Cheers - it looks great - and you have the glass to go with it - nice !

Of course, I got it off the shelves for you!
Despite being French, I'm a beer drinker, born and raised just next to Belgium. Next week, I may participate too, that gives me an excuse to drink!

It's a tough job, but someone has got to do it! Thanks for your unselfish work here! 🙂

I was abit naughty and had a cocktail! im not sure, it was some strawberry concoction by the wife! lol

Normally I'm happy with a Radler! I saw you had the Naturrüb one which I like now and again, but can be quite sweet.

Aye, it was quite sweet, but I quite liked it, although that was the first time I've seen it here