I havent made a Rising Star post for quite some time. However, its still my fav blockchain game. I really love the card collecting side of things.

These last 6 weeks have been all about saving for the millionaires card - which I got today. I was rather delight to be honest ! How cool is that card ! 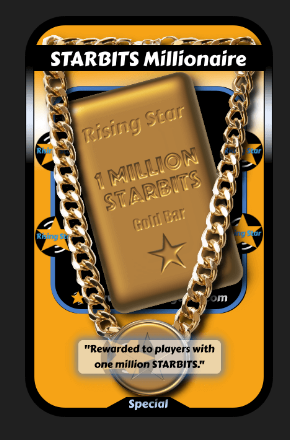 And as I ran my first millionaires mission (which is still running as I write this) - there were another 17 millionaires also running it.

As said above, I really like the card collecting side of the game, so the first thing I'm going to save up for as a 12 pack of cards to open. I've never opened a 12 pack before, but thats going to get easier now - so I'll probably be doing quite a few in a row - cant wait !

Otherwise, my stats progress has been slow as I was saving all game income for the card, and was not buying any cards that would have boosted my stats for a number of weeks. 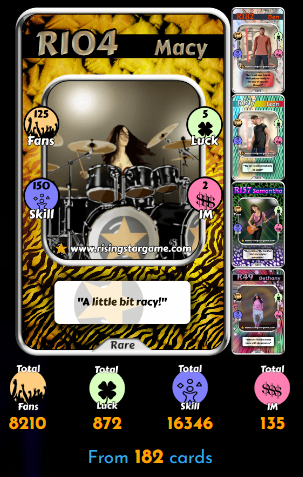 My fans could do with a boost, and I could also do with some more guitars to help with music lessons. So I should do ok on fans by opening 12 packs, and then I'll have to do a big purchase of guitars from the market at some point (I use tribaldex). So I'm looking forward to that too - you can never have too many guitars (which is also true in real life) !

I'm currently level 96, so I've also got an eye towards level 100, which will allow me to unlock the full band headline mission.

I've got a fairly standard routine going on in Rising Star at the moment:

I just checked yesterdays haul, and following the script above gave me 6,254 starbits for 62 ego. And of course, I'll now also be adding the millionaires mission to this list, for an extra 10k starbits per day.

And now that I can start buying cards again, these income figures should increase. 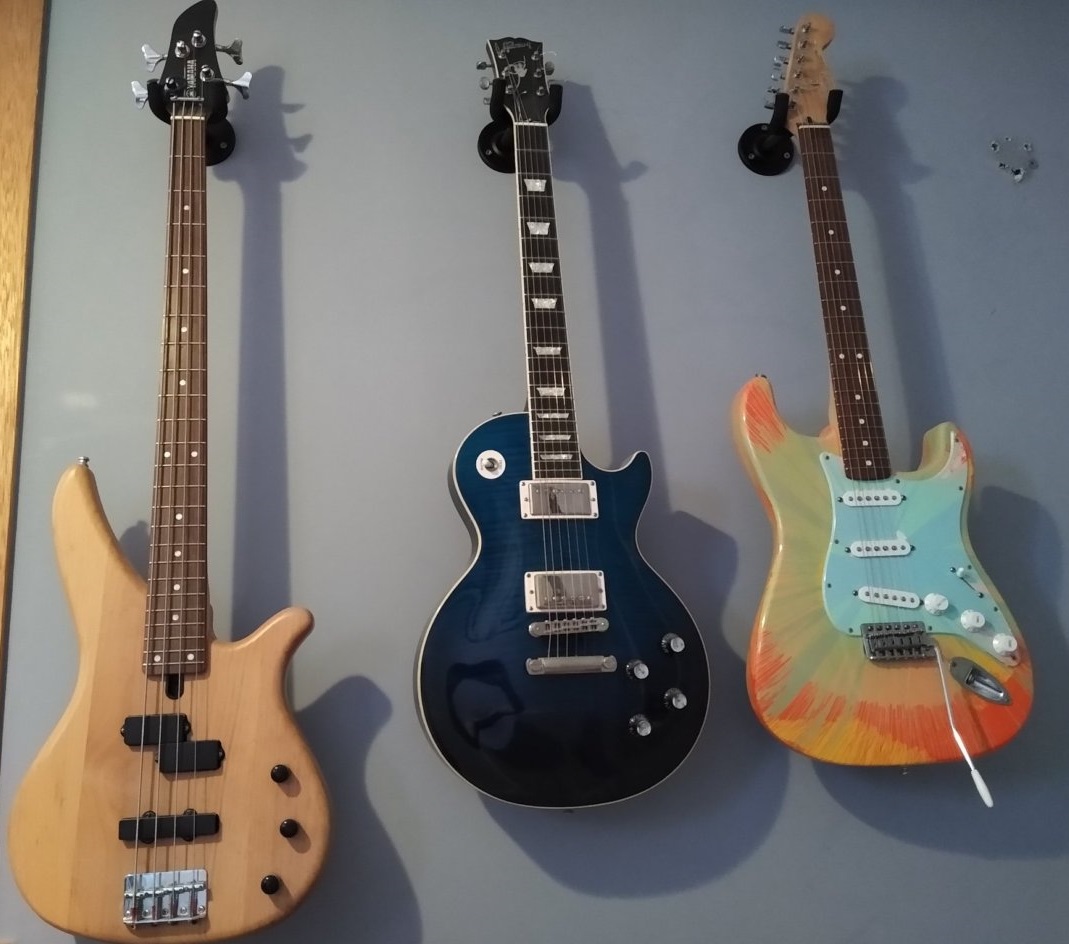 [Thats a pic of just 3 of the guitars I have in real life - see, you can never really have too many !]

Forward plan for the coming weeks:

So quite simple really. Anyway, I hope you guys are still enjoying the game as much as I am. And if you havent tried it, you can check it out here:

Great progress! Are those Gibson guitars?

Thanks. The one on the left is a Yamaha Bass, the one in the middle is a Gibson Les Paul (2006 standard) and the one on the right is a Mexican Fender Stratocaster (and plays lovely).
!LOLZ


I wouldn't buy anything with Velcro
It's a total rip-off.
Credit: reddit
@mypathtofire, I sent you an $LOLZ on behalf of @hoosie
Are You Ready for some $FUN? Learn about LOLZ's new FUN tribe!
(1/8)
0
0
0.000
Reply

Thats just part of it - you never can have enough guitars !
!ALIVE

!LOL I have heard many people say that too! Do you bust a few tunes?

Won't fool me, I count 2 guitars, there's a bass in it! :p
We have the same kind of non-optimal routine: long missions don't pay well, I do around 5000 starbits with a bit less than 2000 fans. But now you will make a true difference, congrats Mr Millionnaire!
!PIZZA
!ALIVE


Did you know that protons have mass?
I didn't even know they were catholic.
Credit: reddit
@engilhramn, I sent you an $LOLZ on behalf of @hoosie
Are You Ready for some $FUN? Learn about LOLZ's new FUN tribe!
(7/10)
0
0
0.000
Reply

It's just that the number of fans only pays out on short missions. On long ones they barely make a difference. That's why I keep my fans at minimum for now, but well, I'm not considering NFT value, that's something I hardly grasp
!LOLZ


What do you call a mobster who’s buried in cement?
A hardened criminal.
Credit: marshmellowman
@hoosie, I sent you an $LOLZ on behalf of @engilhramn
Are You Ready for some $FUN? Learn about LOLZ's new FUN tribe!
(1/1)
0
0
0.000
Reply

OK - I see fan numbers as quite key, so I'm always striving to increase them for the best starbit cost
!PIZZA