Wednesday Walk - the journey home from my new place of work

I started work with a new company in Edinburgh, Scotland last monday, and its within walking distance of my house which is great. So today, for my wednesday walk post, I took pictures of my walk home from work. 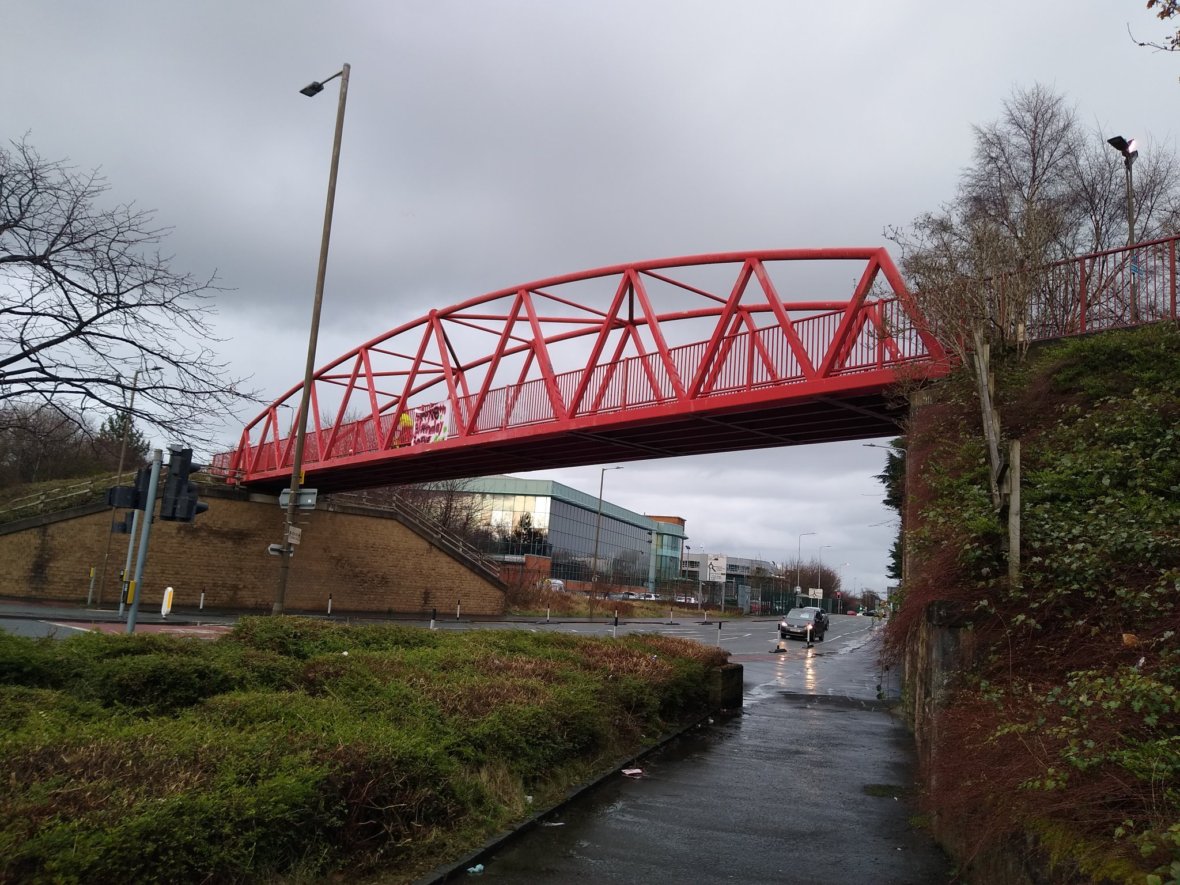 There is a path I can take home which is just by my work. The red bridge in the pic above is part of that walk, and the building you can see beyond the bridge is where I work. 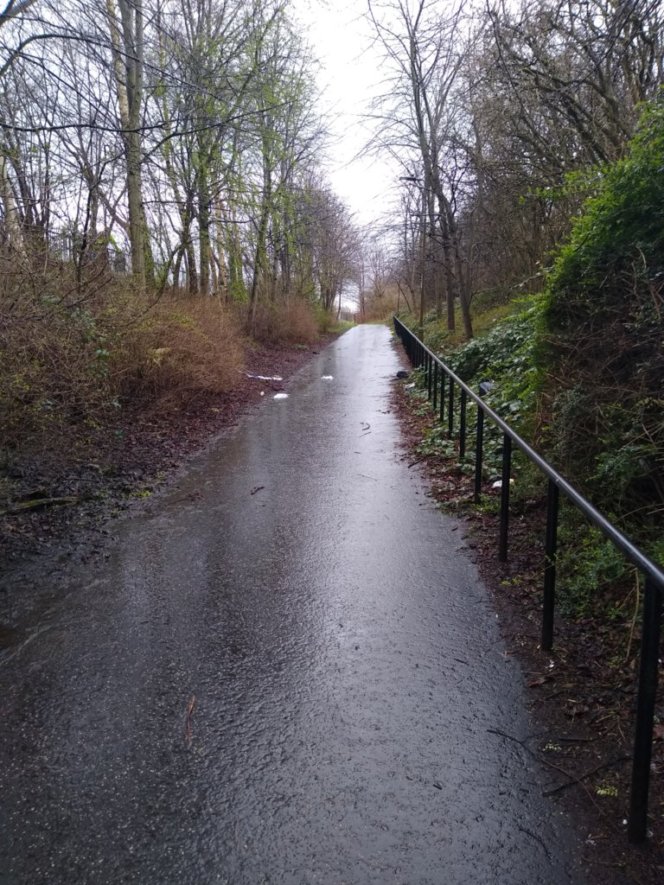 The path is actually one of the old commuter railway lines that used to run in Edinburgh, but probably got axed during the 1960s. It has now been turned into a path/cycle path. The pic above is the ramp up to the path by my work. 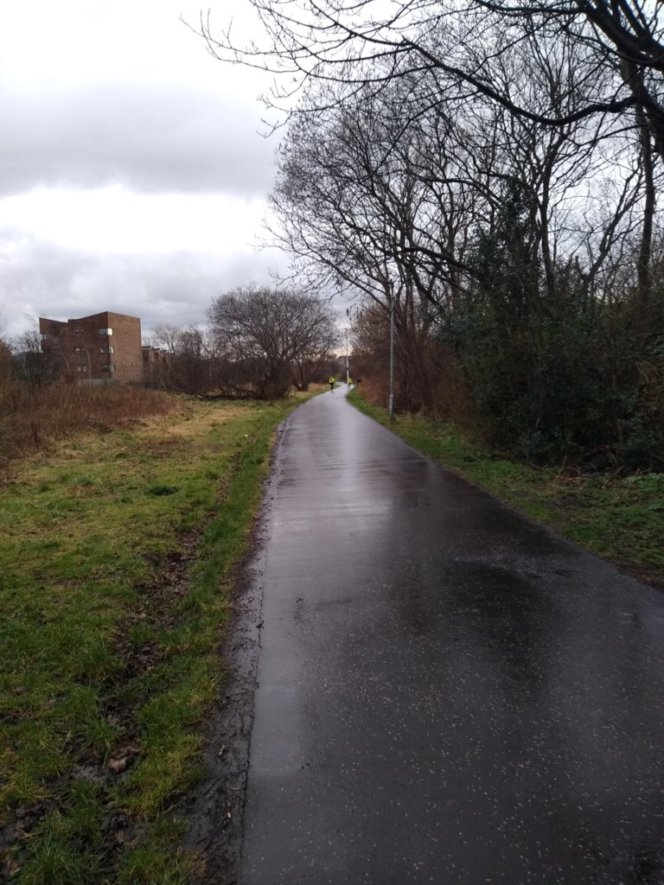 I quite enjoy the path, and it runs right from my work, nearly all the way to my house. It takes me 25mins, and it avoids busy roads, and traffic - and its quite an enjoyable walk. 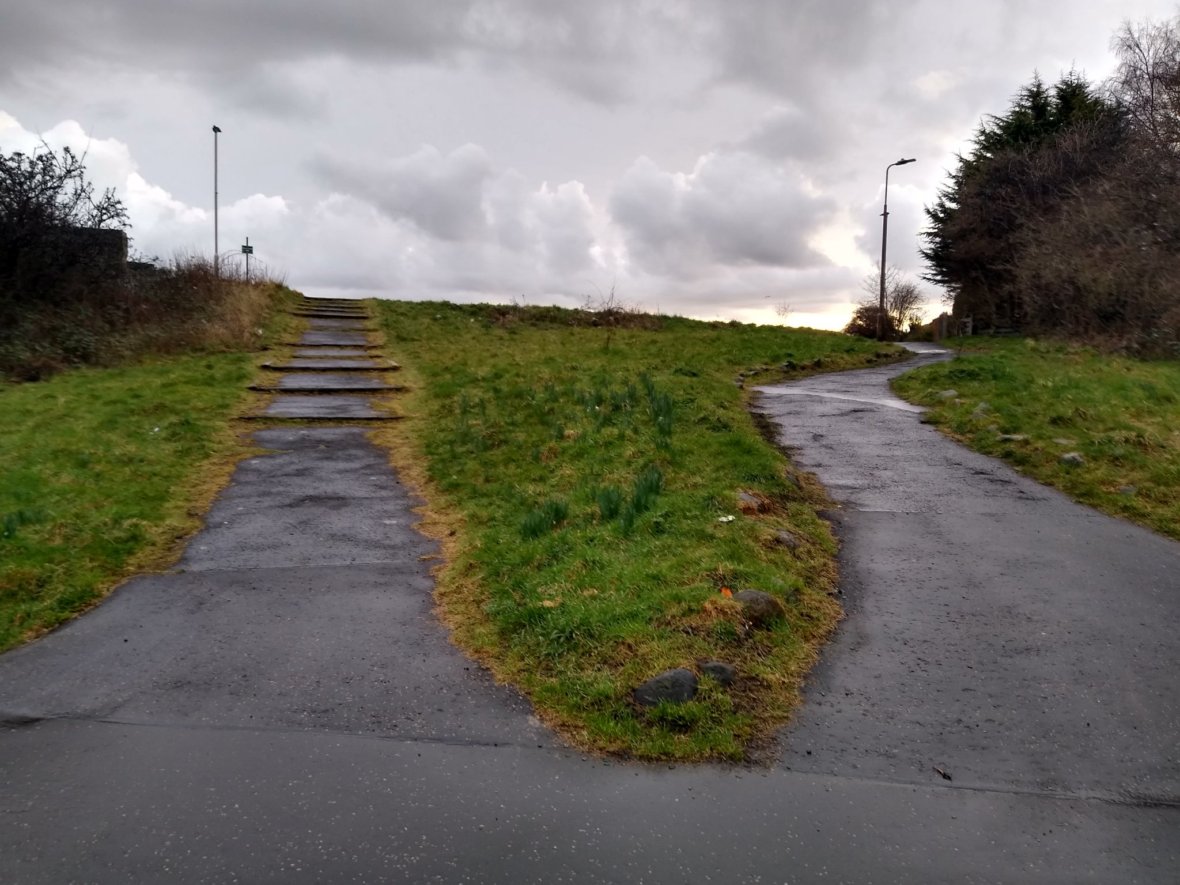 The local council have done a really good job and have joined it up to other paths, and put in a number of exits so that it serves quite a few areas - so its fairly popular. 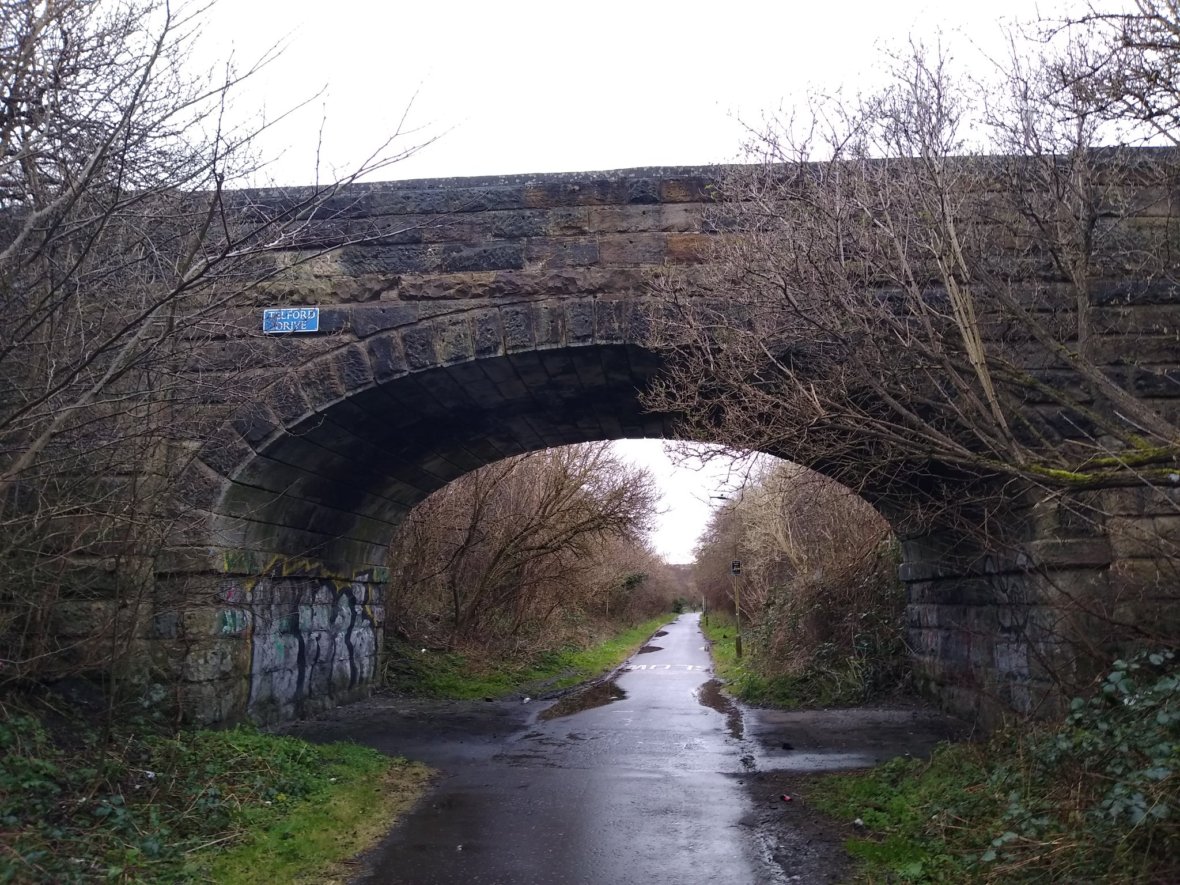 There are also a number of old railway bridges along it - the path is the old track bed, and the bridge carries the main traffic road above it. 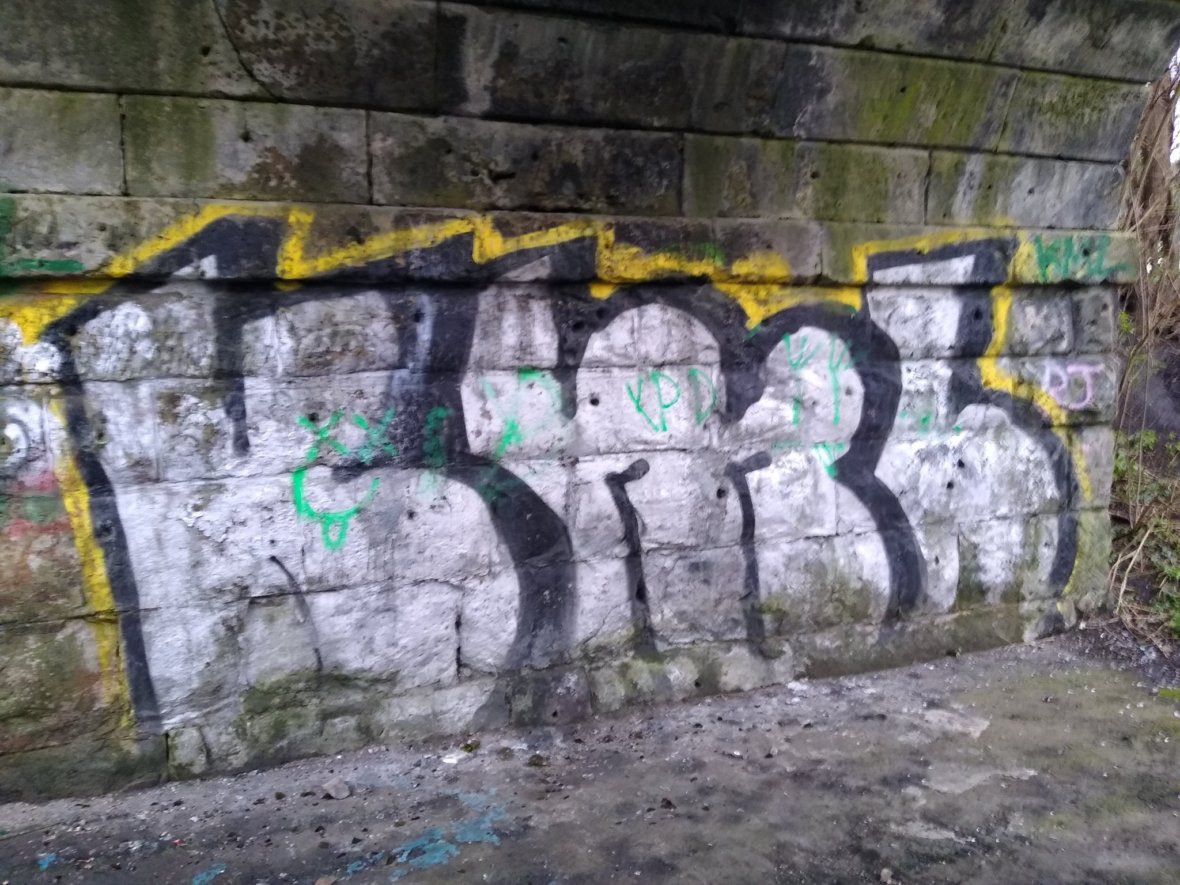 Quite a lot of local youths have been using the bridges to practice their graffiti and tagging. 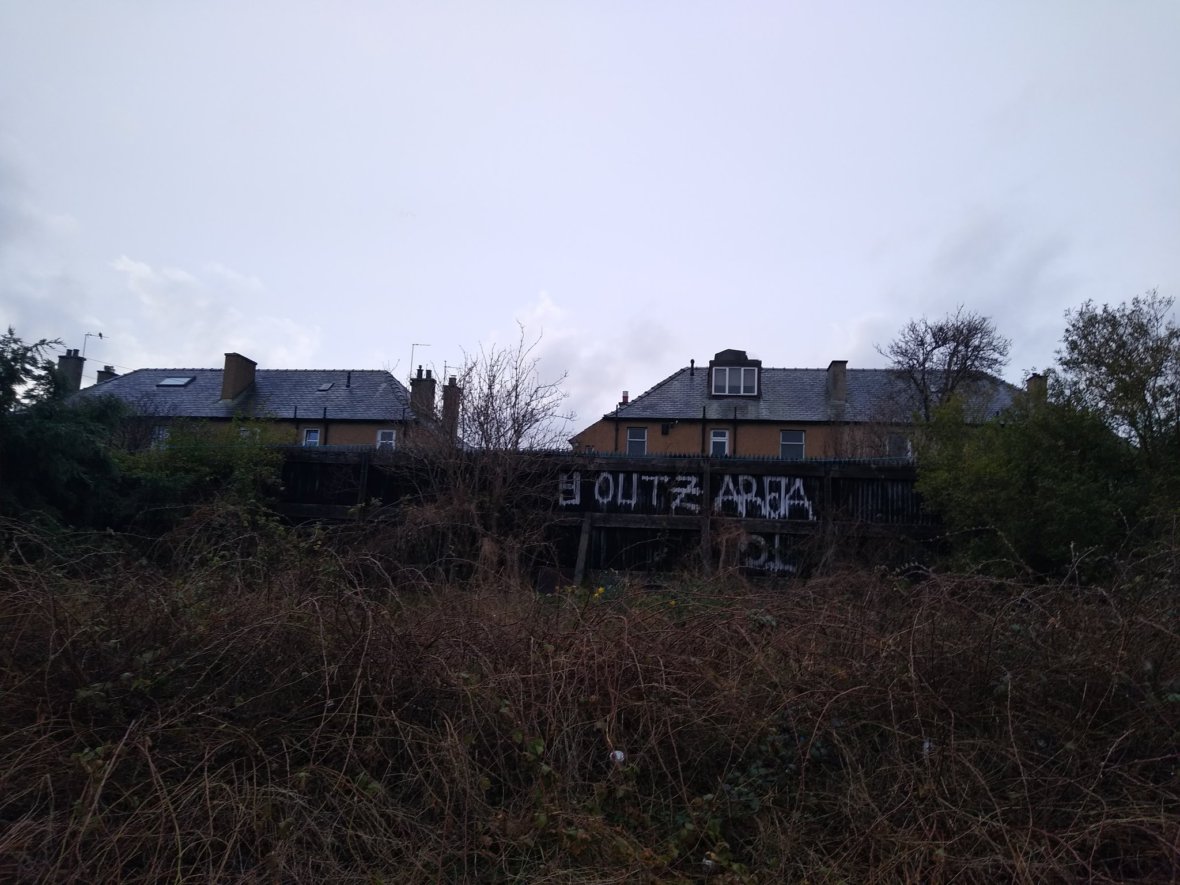 I'm ok with graffiti (in moderation) - some of it is quite good, and some not so ! 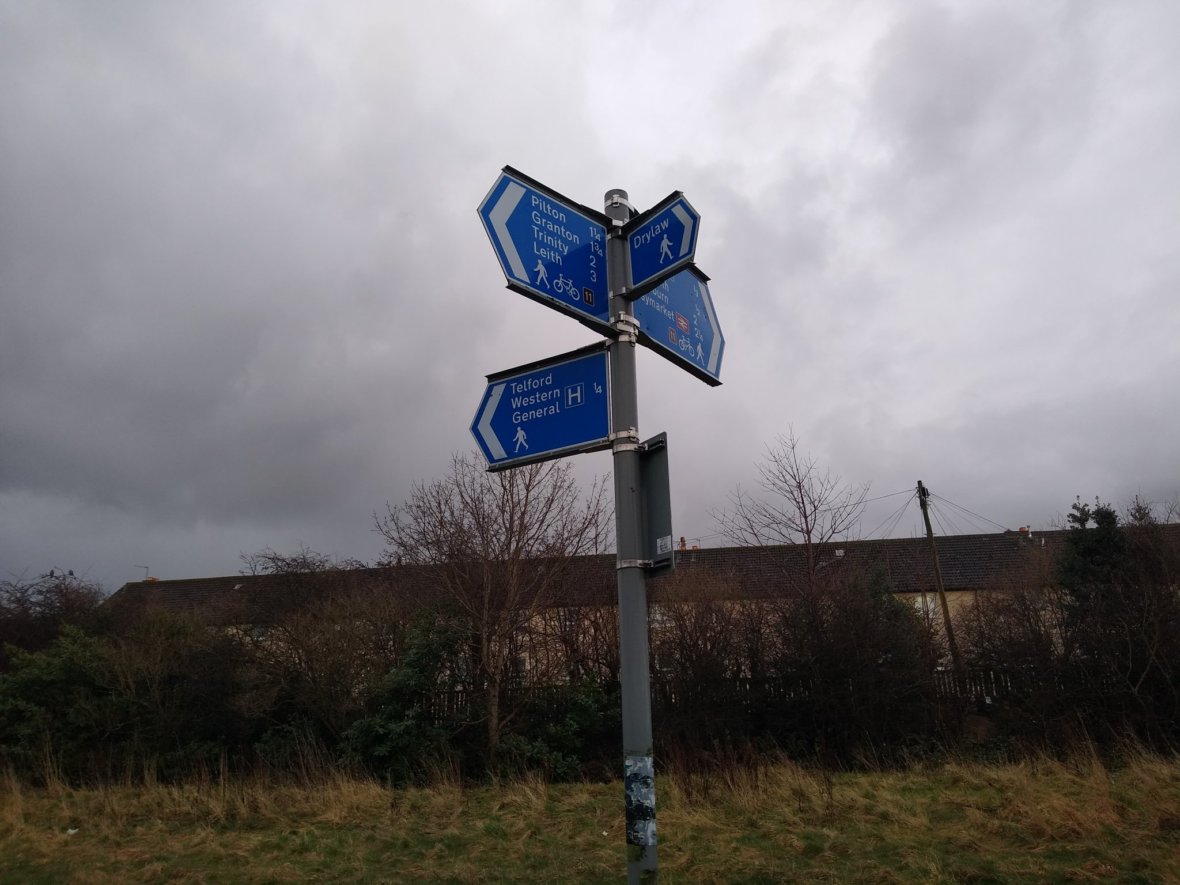 The path is well sign posted all along the route which is quite handy. 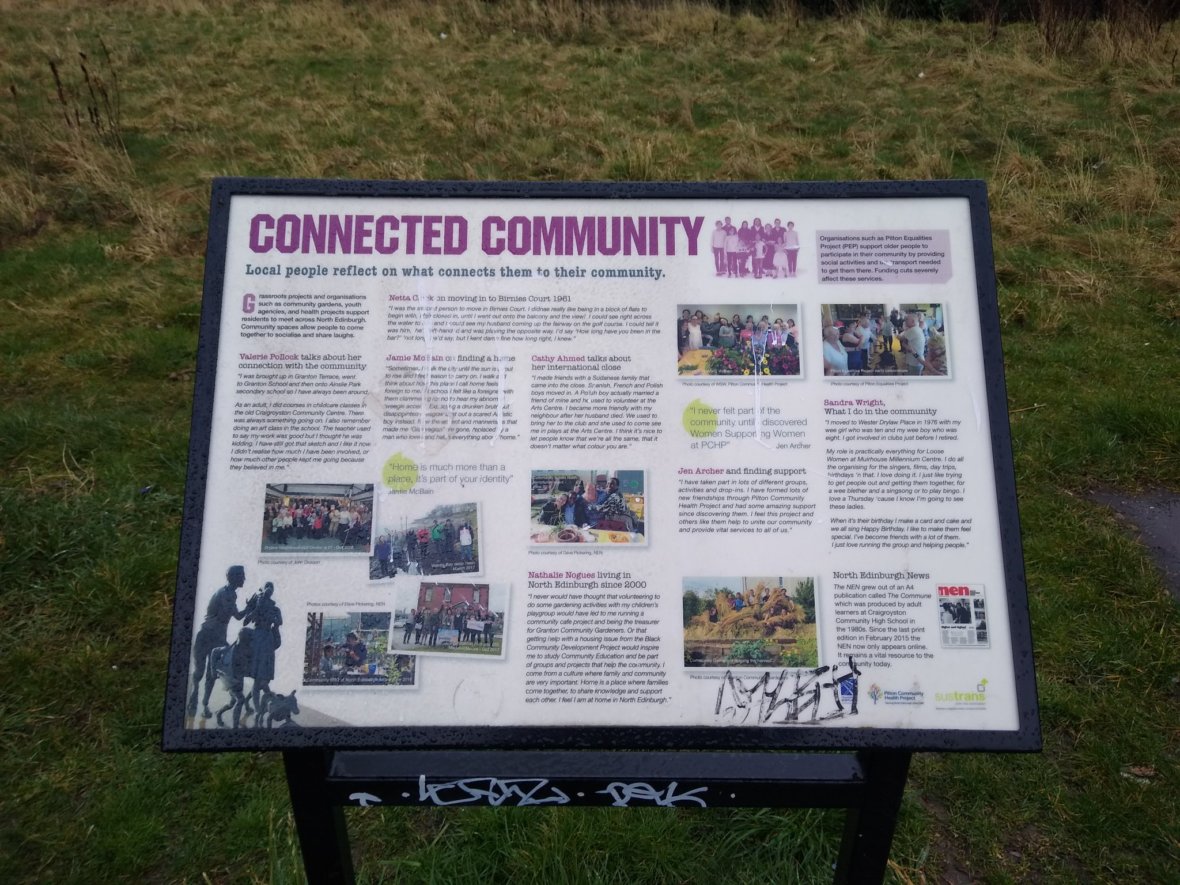 And there are even some info boards along the route that talk about the local communities and also the old railway features. 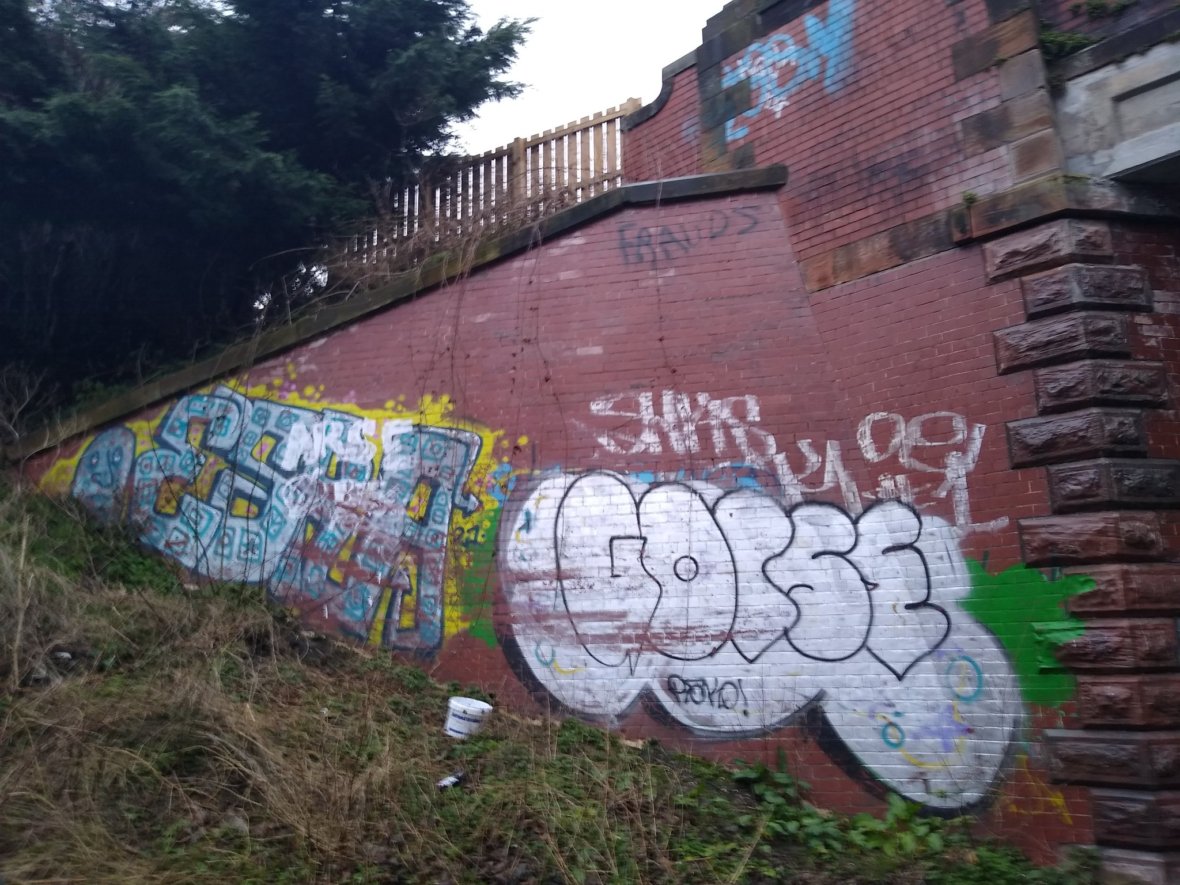 And here's some more graffiti from around the half way mark on my walk home. There was actually some quite nice ones on this bridge - but I didnt want to look like too much of a nut job by stopping and taking tons of pics as the path was quite busy at this point ! 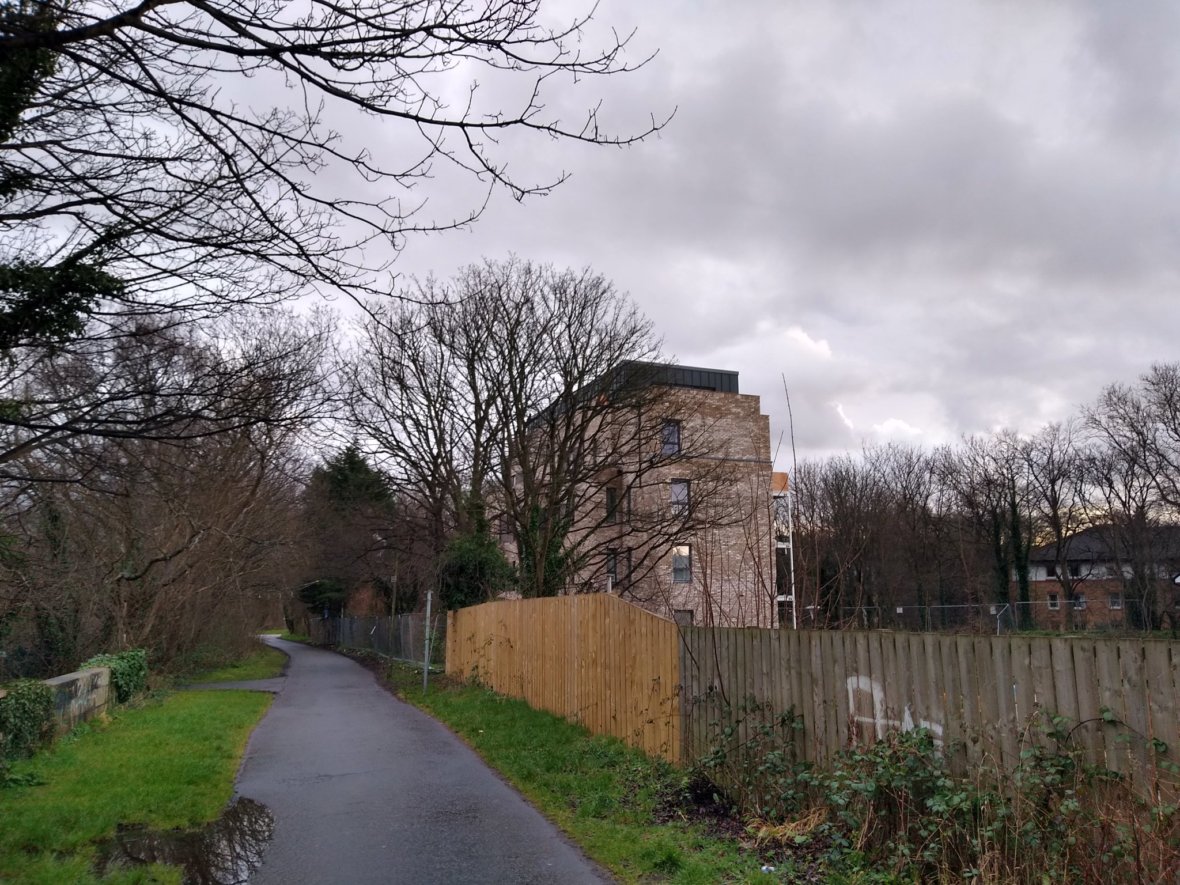 A bit further along, this building on the right is just being built, with the outside looking fairly complete now. It looks like it will either be a block of flats (apartments) or student accommodation (there are a lot of colleges and universities in Edinburgh - and hence a lot of students). 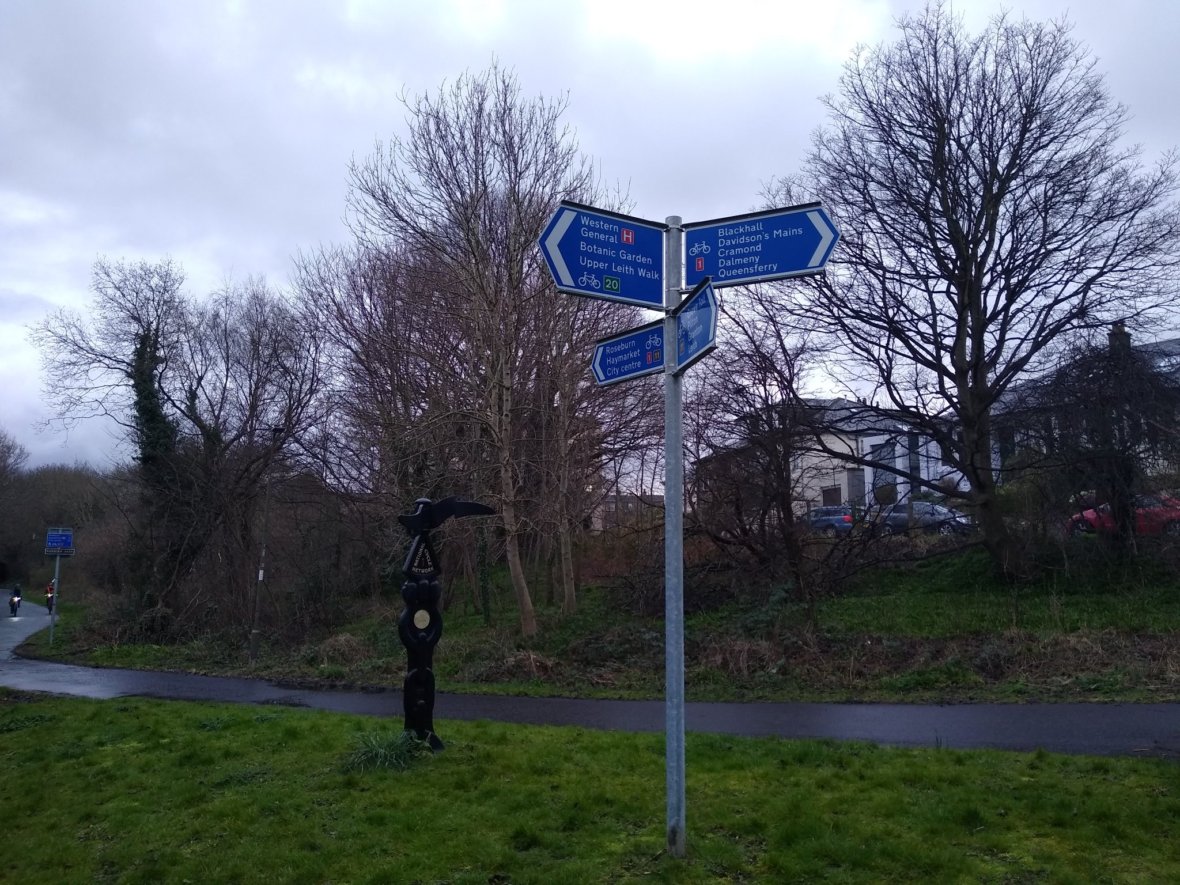 Above is another main crossing point close to where I leave the path. The black post is actually to denote that this path is part of the national cycle network -and they have these cool shaped posts all over it, all across the country. 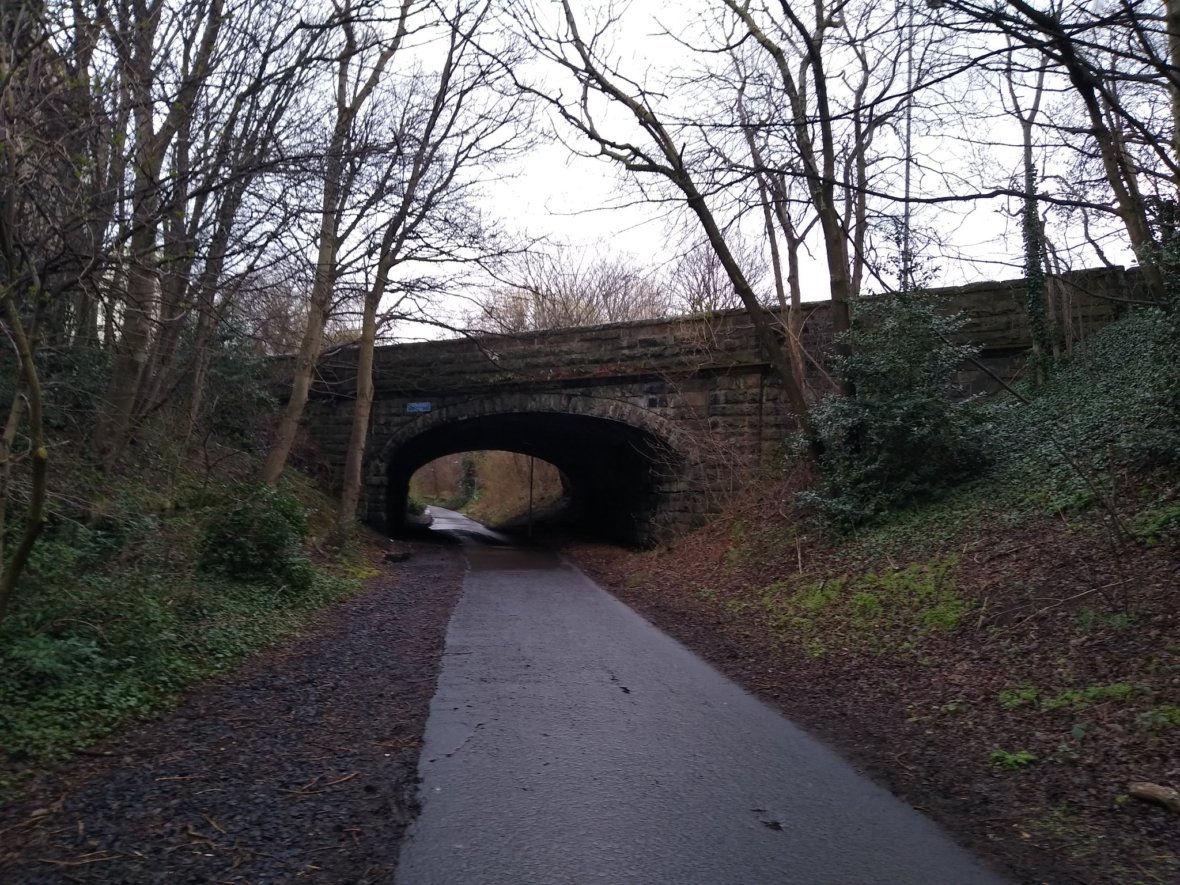 The bridge above is the last one I go under before I get of the path. 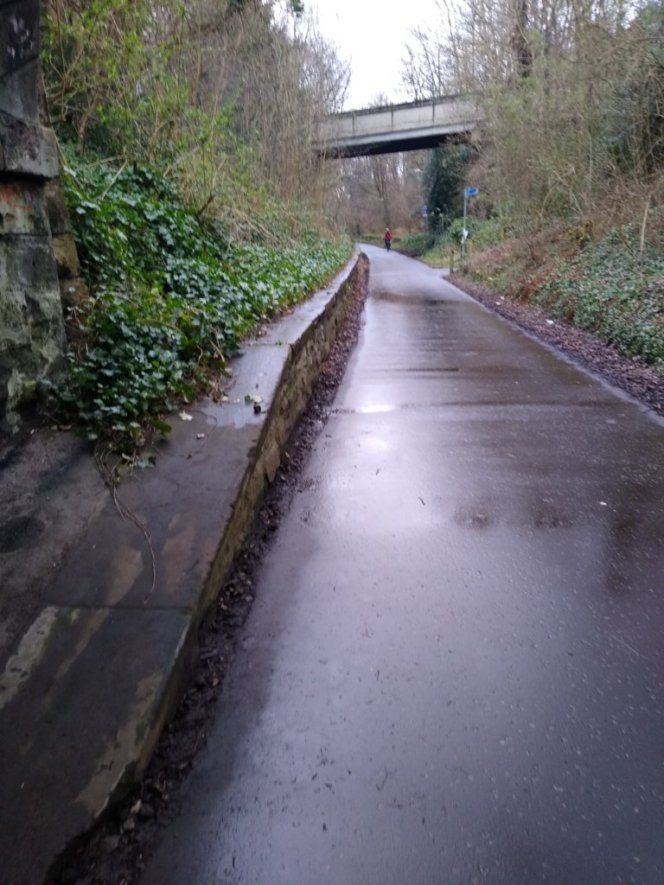 And immediately past that bridge was one of the old platforms for the commuter train route. You can still see it on the left in the pic above. 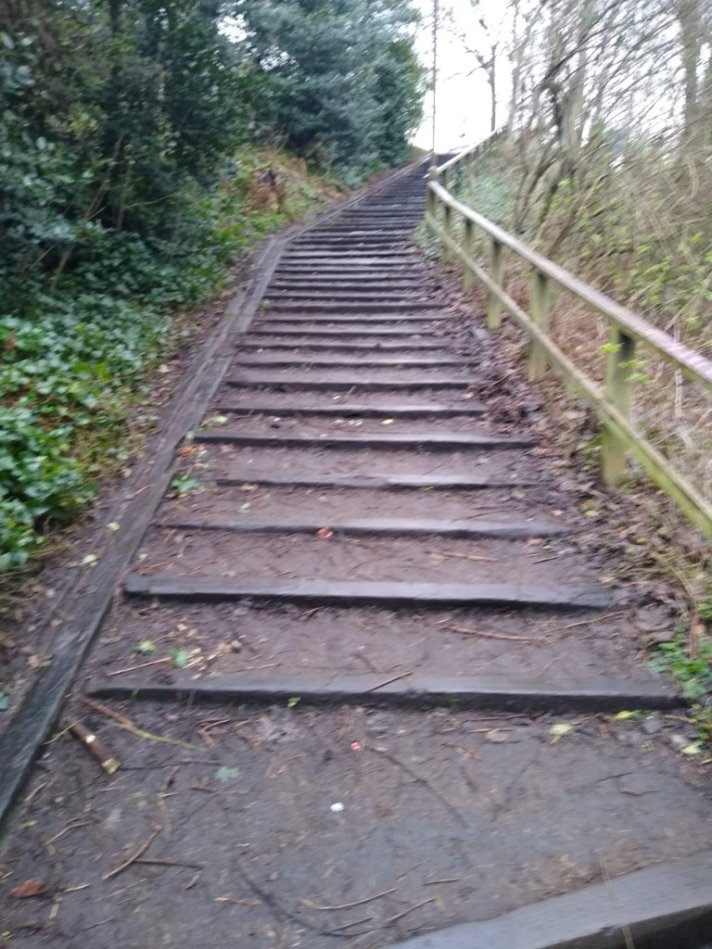 And these are the steps that take me back up to street level. 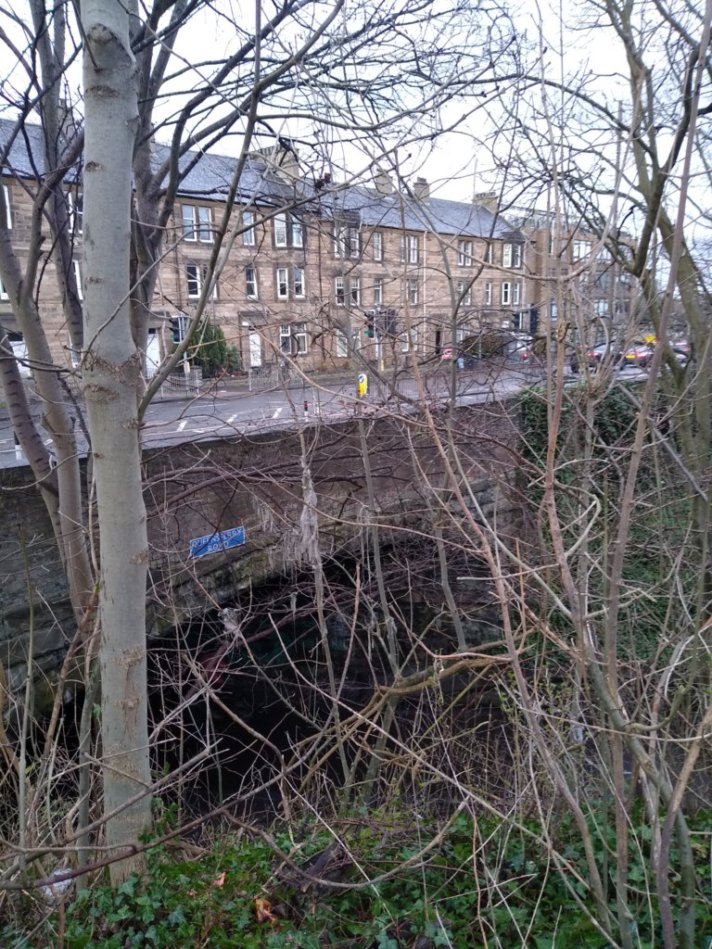 Above is the view above the bridge by the platform - as you can see its a big main road which is fairly busy normally - and for me thats the best bit - I miss all these busy roads and traffic. 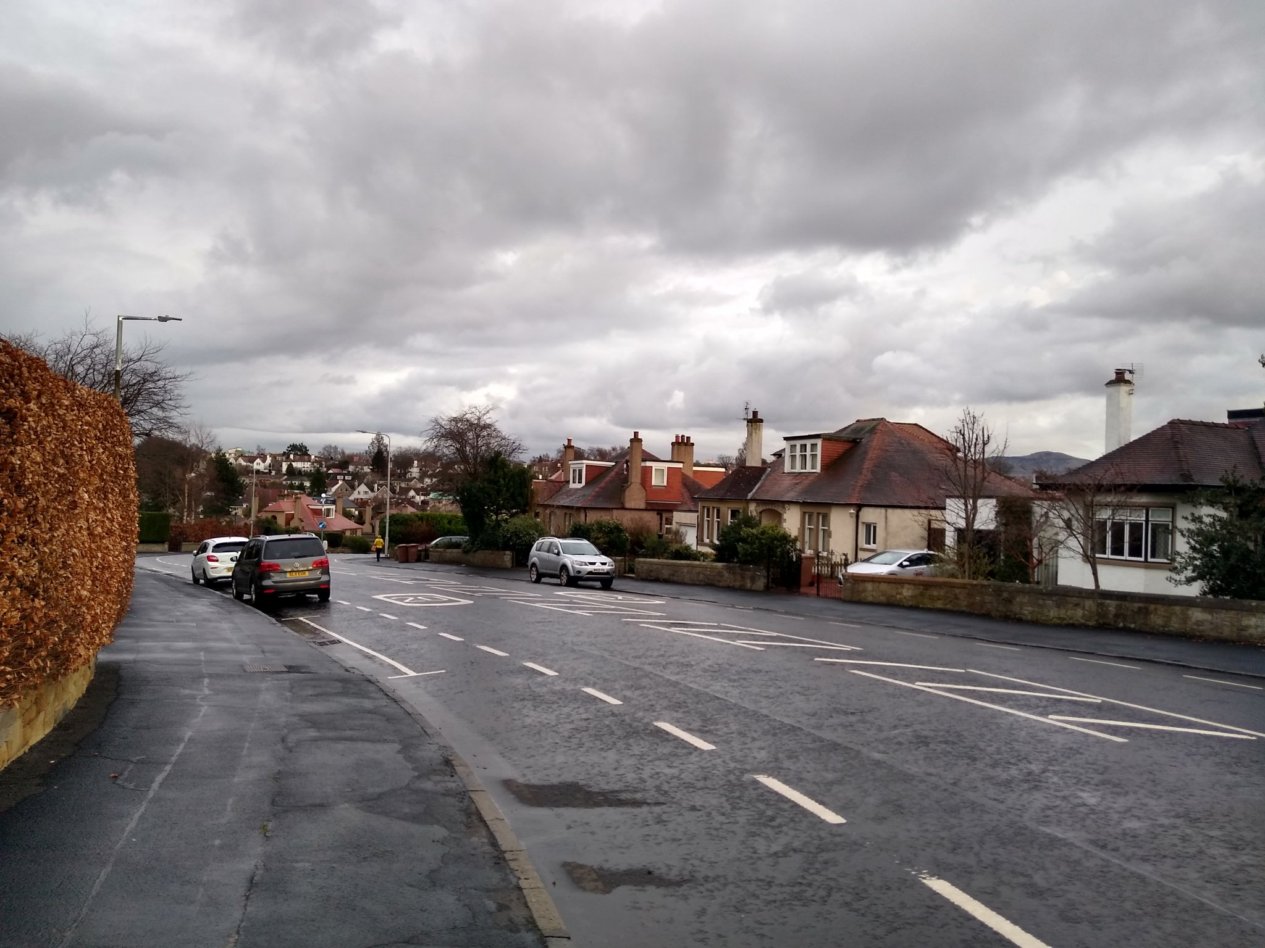 I then have to walk along two quieter streets for about 5 mins until I get home. 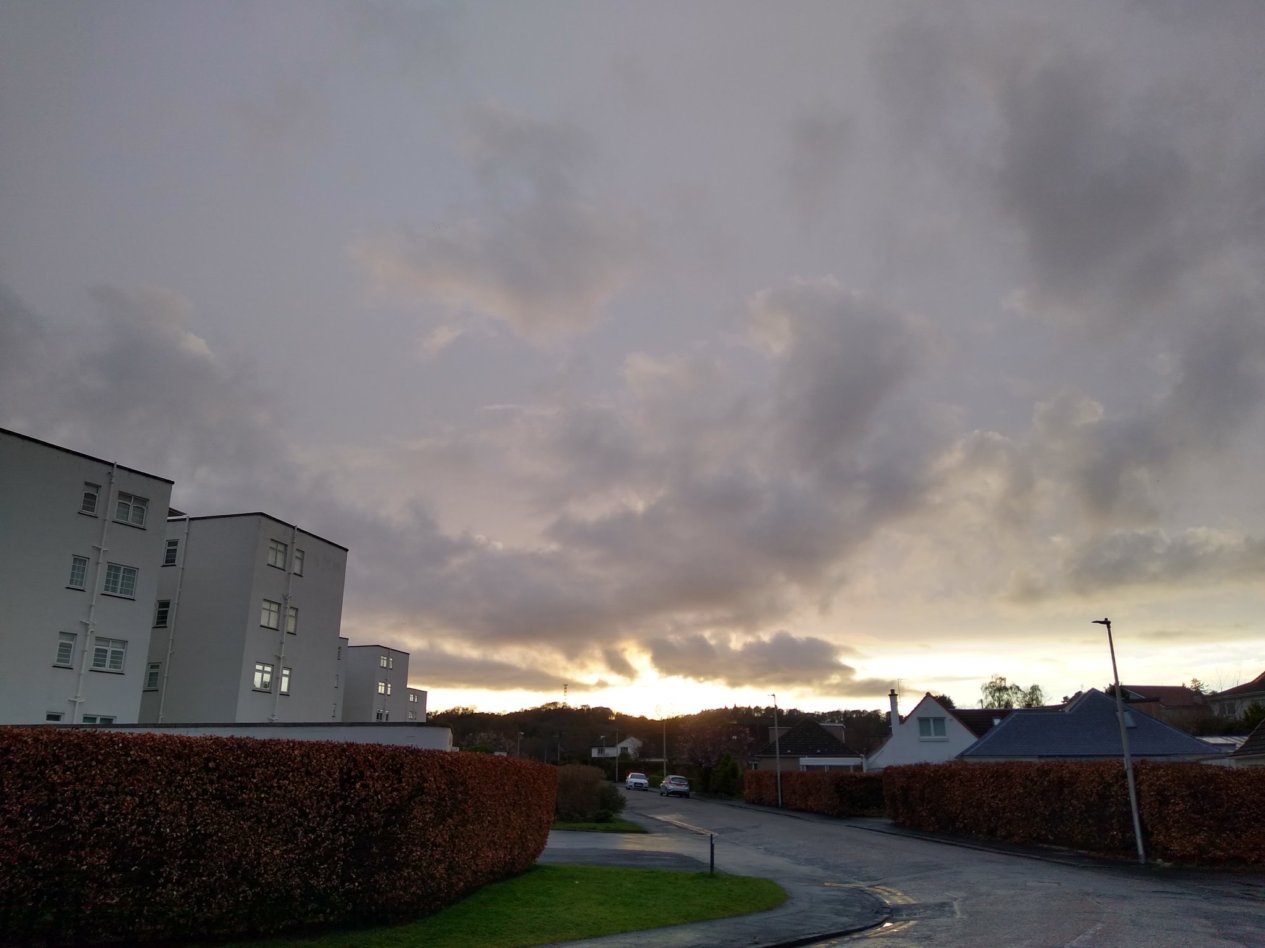 I live in those white blocks on the left, and the sky was looking quite dramatic just as I got home. 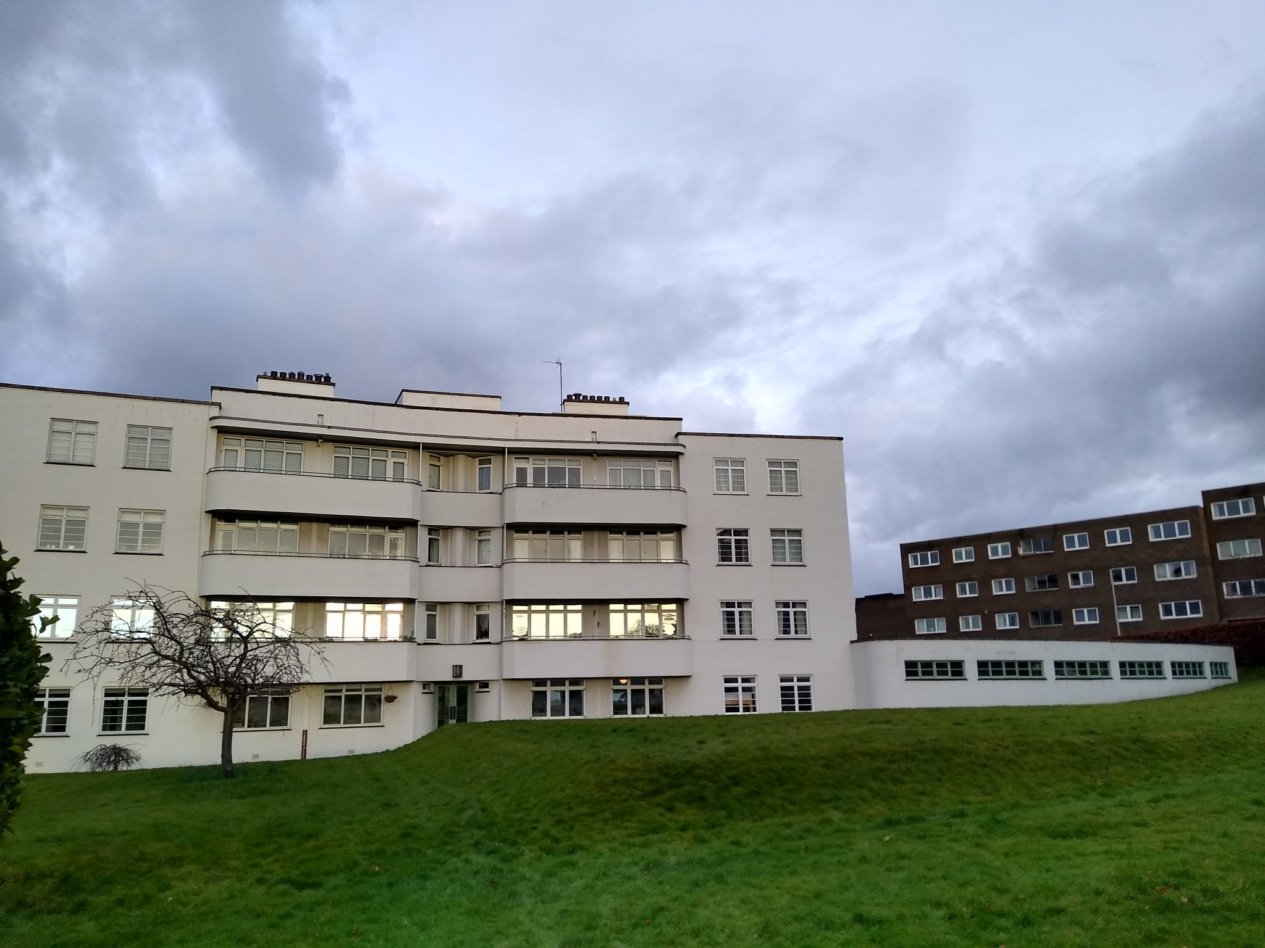 Above is the block opposite ours - they are art deco, built in the 1930s, and quite nice, with quite nice communal gardens. 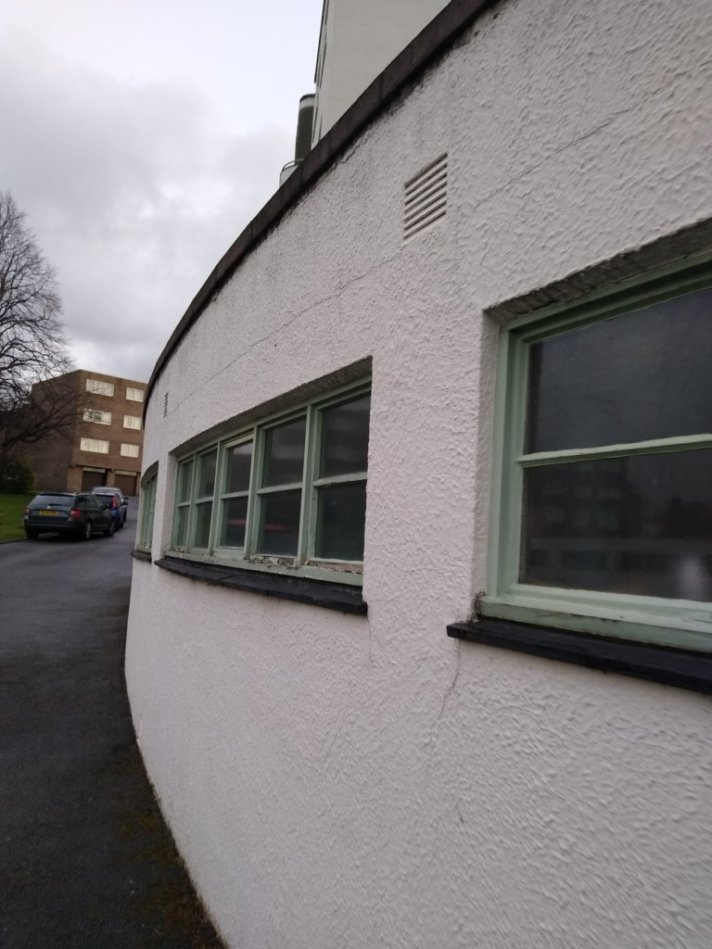 And heres the curved wall of the garage block for our building - I love the features on the building (might make a future post about that).

Anyway - that was my 25 minute walk home from work today - and I was lucky enough to have dodged the rain !

Hi @hoosie,
Thank you for participating in the #teamuk curated tag. We have upvoted your quality content.
For more information visit our discord https://discord.gg/8CVx2Am

It looks like a lovely walk to work - 25 min is a nice distance for it! Disused railways make some of the best modern footpaths.

Good that you dodged the rain today - I got soaked!

Thanks for the comment - yes, the path is lovely, its really peaceful considering it runs under and adjacent to some really busy roads. Sorry to hear you got soaked !

Well, you can never trust the British weather

It's a lovely place with lot of flowers, Congratulations to you on your new job.

Many thanks - its appreciated !