The bridges are becoming more popular as the inter-blockchain operations attract more attention. From the users perspective, staying on a single blockchain may make them miss the opportunities on the other blockchains and the bridges may enable them more flexibility for many purposes.

Basically, bridges are locking a certain amount of digital value and giving the same version of the value in form of wrapped or adapted version. As we are used to BLeo, WLeo and Leo forms of LeoFinance token, a similar mechanism works for the bridges.

In some cases, these things can be interblockchain (From Ethereum to Avalanche through AvaBridge) while intrablockchain bridges (Through Layer 2 solutions) become more and more fashionable.

Arbitrum Surpasses $1.5 Billion in TVL Following Rumors of a Possible Token Airdrop says Bitcoin.com for the massive growth of Arbitrum. For the Loopering users, the mechanism looks similiar while the Matic users may find it a bit different. Let's examine the features of Arbitrum on Ethereum blockchain.

The bridge let's you transfer your Layer 1 assets to Layer 2 with a single transaction. When you visit the website, Metamask wallet automatically connects to Arbitrum.

With one click, I can transfer Ethereum Layer 1 coin to Layer 2 through a transaction. When the transaction is confirmed, I will see my assets on the right of the page as L2 Ethereum.

Here you can see the token list of Arbitrum Network.

One of the fuels of the Arbitrum hype is, of course, the speculation of Airdrop for the bridge users. In addition to the expectation of people, the network operates on several popular crypto projects and hosts its unique tokens on it.

If you visit Defined.fi you will get the gist of things going around 😄 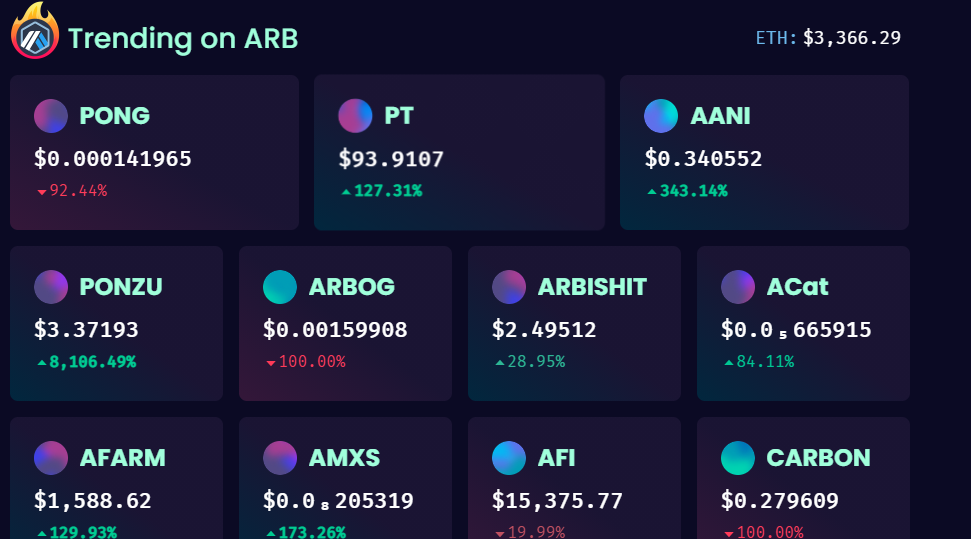 Even from the current market conditions, the token could show up among the leaders of Layered blockchain solutions. More interestingly, this speculative hype is pushing the expectation of people to higher levels.

As of speaking, the token does not have any market track to be valued. However, this situation is another thing that makes people excited about the airdrop.

What to do for a Possible Airdrop

The first step should be bridging some Ethereum by using Arbitrum Bridge. While it may require some bucks for transaction fees, it may be worth trying.
Then, it is better if you can swap some assets on Uniswap - Arbitrum Network. I would suggest swapping assets above $20 at least.
Finally, you may trade some Arbitrum-based tokens that are given on the image above.

These are the suggestions that I found reasonable after my research. I'm going to try my luck while supporting another Layer 2 project on Ethereum. Who knows, maybe we can have another form of Leo for Arbitrum Network, as well... ALeo, sounds nice 🔥
IMHO, it would be great for the marketing 😎

What do you think about Ethereum Layer 2 Solutions?