Splinterlands Cards can be the Best Investment NOW

Splinterlands is by far the most active blockchain-based game with the most transactions taking place in a day. Besides it's leading position, it is one of the earliest blockchain-based (through Non-Fungible Tokens) games that is played by thousands of people.

Although you can clearly see Splinterlands at the top of any dApp ranking lists, the game has not been listed on Binance, Coinbase, FTX or other popular exchanges. For now, I do not care about their falsehood (though it is irritating) but this will never be the same when the LANDS are launched. (Upssyy, metaverse lovers will be thrilled) 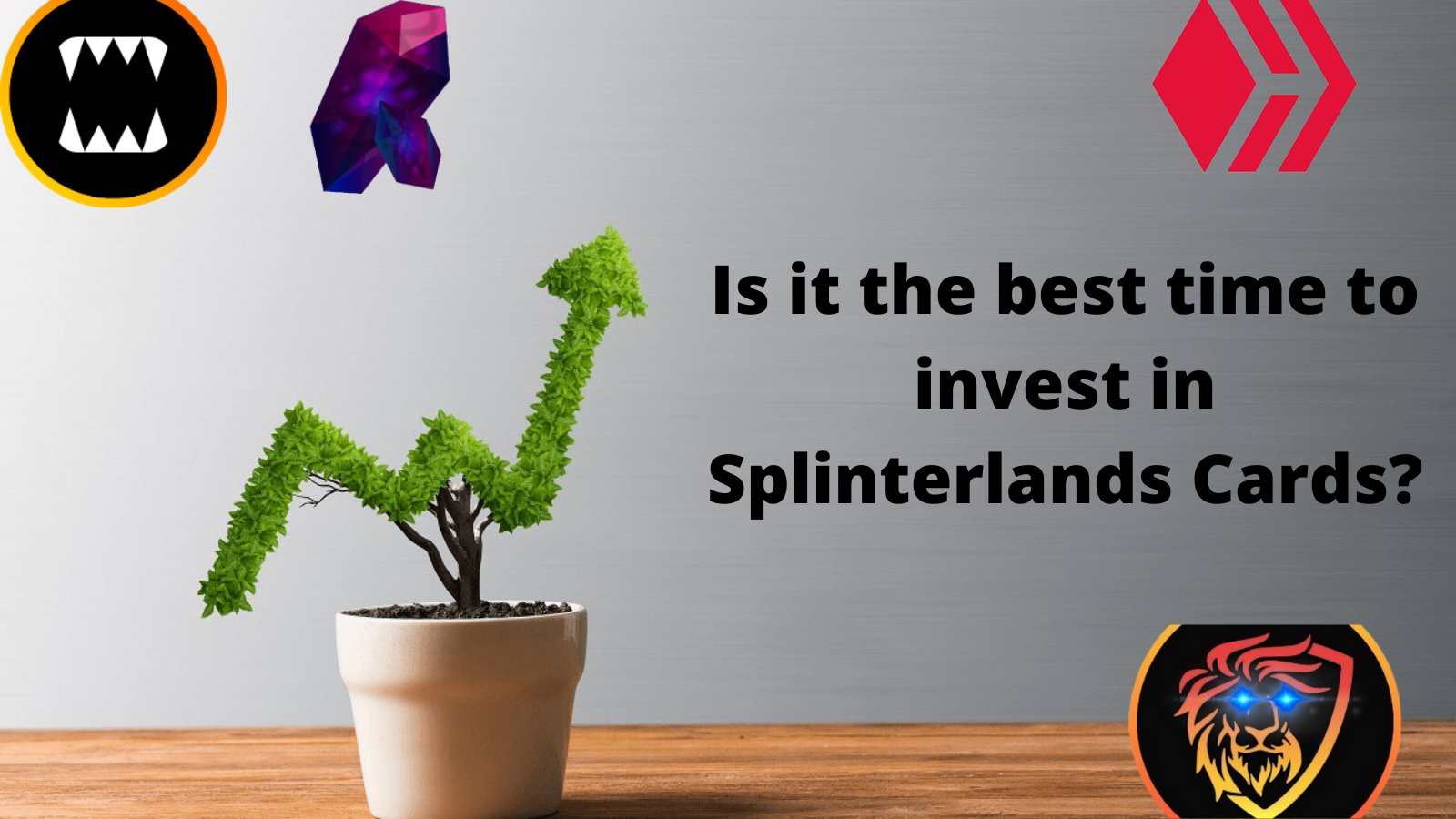 With the arrival of Chaos Legion, the gameplay has become more exciting for both veteran any new players. Thanks to amazing skills and well-balanced cards, the game has turned into an addiction more and more.

DEC, on the other hand, has some correlation with the price actions of SPS token. According to the Roadmap, there will be more use cases for both SPS and DEC in the near future. IMHO, DEC can also be Pegged to $.01 and we can scaffold the price through decentralized exchanges. Just an idea 💁🏼‍♂️

Splinterlands cards are nearly for free

I believe any Splinterlands player know DJINN OSHANNUS very well. Even if you do not own the card, you, most probably, lost several matches against the rival who owned it.

This little monster was trading above $58 a couple of weeks ago. However, now it is only for $9.5 according to the market.

I cannot believe that a LEGENDARY card that owns 2 magic attack, 5 speed, 10 HP and Void skill is traded at these prices 🤏

When you check Peakmonsters, you will see 9-10 legendary cards traded below 10 bucks. Although the CP of Chaos Pack is lower than the other packs, each Legendary card has a game-changer side that make them unique as hell. While the case is that, I think it is the best time to buy cards with Credits.

Credits over DEC for Purchases

I'm not fan of spending my DEC (though putting in Liqudity pools can be even profitable for 2x SPS rewards) and DEC price does not seem reasonable for me to make purchases by selling the tokens. Thus, either I buy Chaos Packs with HBD (stablecoin <3) or I make direct purchases by selecting the types of cards.

SplinterCards will guide you to scaffold your build with needed summoners or monsters.

For instance, I realized that my Water deck was lacking in Void skilled monster for the second position thus I made the purchase above to fill in the gap 😄 (Note: It worked 🔰)
My next strategy will be buying a card with resurrect skill to revive my tank on the first line to fit in several set of rules. 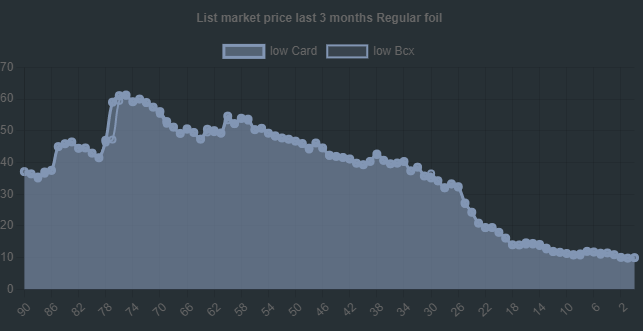 Final note: It's always better if you compare the price of cards and see the opportunities that the card owns. For example, @niallon11 buys the cards to rent to make sustainable income with them (which is a genius idea) and for other it might be for trading. I choose to buy and play with them but it totally depends on your strategy / preferences.

Splinterlands has just started being recognized by millions of crypto enthusiasts. While it is always number one in reaching people (do not forget about the rules of attention economy), nobody would dare to miss the potential that the game has.
Enjoy being, still, early adopters 👊🏼

Funny how I had this conversation with a friend today. I will be buying more, even did a giveaway to my friends

I introduced the game to one of my "smart" friends and he looked interested. Imagine he helps the others to explore and the it goes like a looong chain of new players.

This is the best way of marketing imho ✌

Rentals are way down but it's not so bad. I'm buying up lots of the reward cards at low prices fore later on. At the moment you can buy maxed out reward cards for under $30. A while ago there was nothing under $400 so it's a long term bet for when they run out.

Maxing cards for 30 bucks is ridiculous 😅
Cheaper than free hahah