Are Resource Credits Getting Expensive? 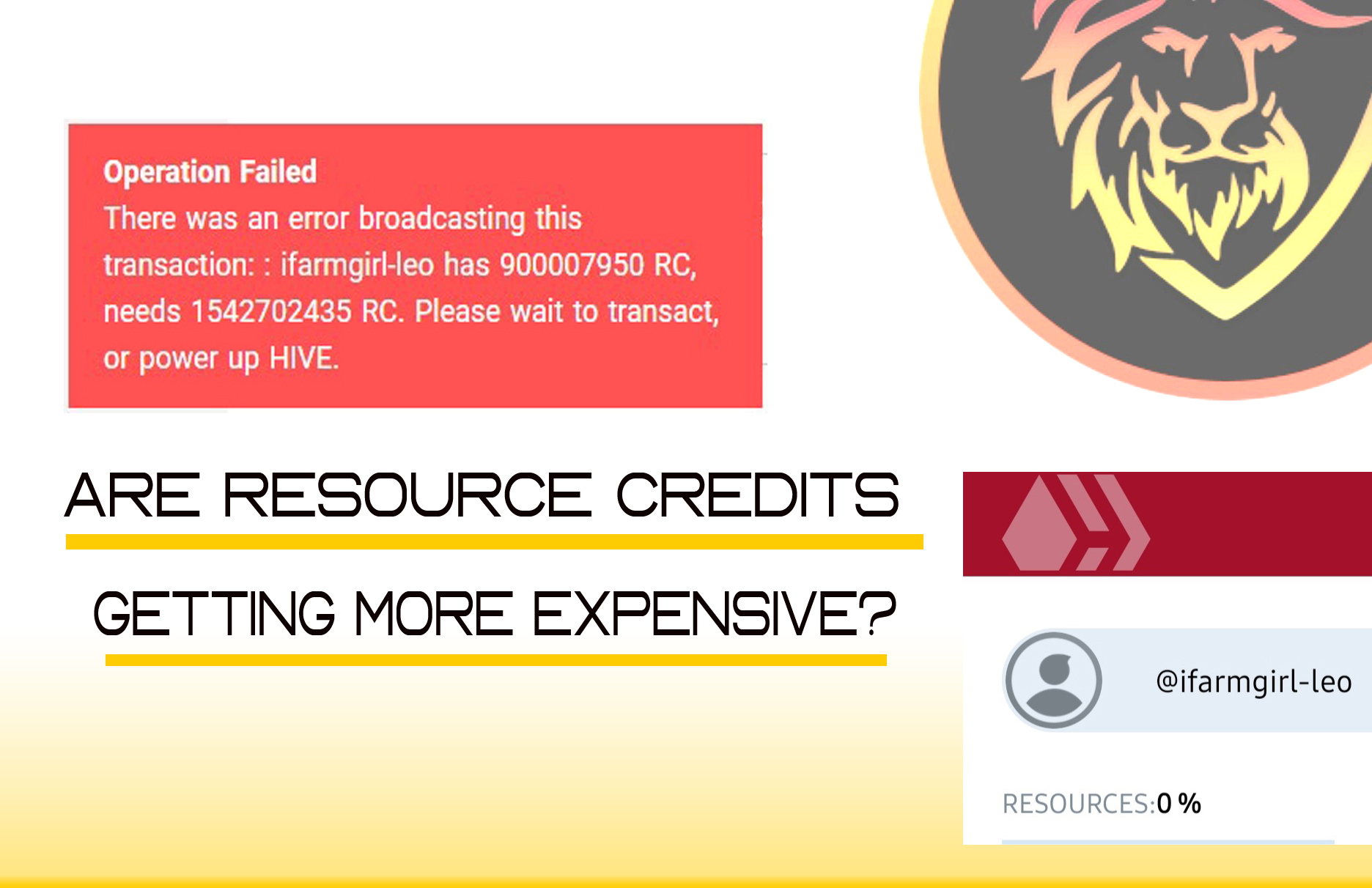 Sometime ago, I read a post by Edicted saying there will be a time when Resource Credits will become expensive, not exactly his words, but I understood it that way.

And then earlier this month prior to the release of #threads, I read this tweet by the LeoFinance team and I didn't really take it seriously. My main account's RC rarely goes below 98% even when I am very active on chain.

"50 HP would probably get one through," I thought.

But then I was proven wrong when I ran out of RC 4 days ago while doing threads. With 80 HP delegated to this alt account, I thought it would be enough but not so. I added a bit more and made it to 150 HP. Guess I want to test how long it will take me but I forgot to track my numbers, lol!

I was surprised around 12 noon today, when while replying to one of the comments, I saw this red notification on my computer screen.

I mean, wow! Broke it the second time around within a week, lol! I can only assume that my RC has not refilled yet and my activities in the morning drained it fully. But I wasn't really that active and probably made only about 20 comments and threads. And while drafting this post in the afternoon, I checked through the Hive Keychain and it was showing me 0% resources and it will take almost 5 days to refill fully.

It's a good problem though which I can easily solve by delegating more from my main account. But thinking about it, is RC already becoming more expensive nowadays? Or should I say, are transactions and activities on-chain becoming costly?

I ranked #7 on the recent LeoFinance Engagement League report so that means I was a bit active during the week. Based on the LEL stats, I made 6 posts, 131 comments and 29 votes. I wonder if the numbers included the #threads though.

But I feel that Edicted and LeoFinance are correct about RC getting more costly... 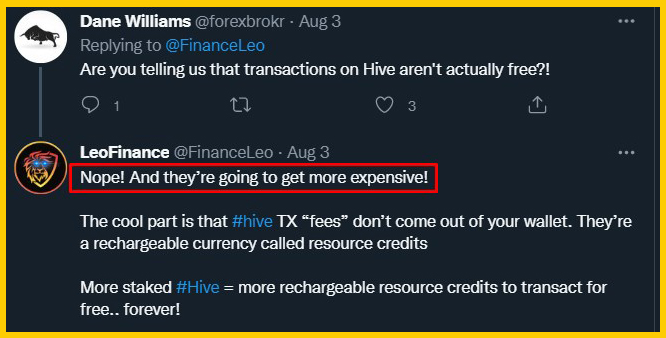 It's just good that resource credits are rechargeable and we don't have to literally buy them. We just have to increase our stakes (Hive Power) to get more RC or have someone delegate some to our account.

RC delegation would solve this too, which if I'm not mistaken, the devs are working to make that happen. As to when, I don't have any clue but I hope it rolls out before the year ends.

Meanwhile, let's #hive and #thread on!

P.S. Thank you @forexbrokr (Dane Williams) for lending some of your HP. That's so kind of you, salute!

Screenshots are from Twitter, LeoFinance and Hive Keychain. No copyright infringement intended. 270822/20:00ph

Thank you, I appreciate that, sincerely :)

Congratulations @ifarmgirl-leo! You have completed the following achievement on the Hive blockchain and have been rewarded with new badge(s):

Hmm. This caught my attention. RC matters. As I understand, the upcoming hard fork affects resource credits. I'm not sure how, but I trust the smart folks coding the code. Still, this is something worth keeping an eye on for sure, since it's something that impacts both oldies and newbies.
!LUV

The upcoming Hard Fork is going to allow for EC delegation. Instead of delegating HP, one will simply be able to send over the RC so one can interact.

Okay, didn't know that. I'm pretty sure I read somewhere that there was also going to be some changes to the rates of RCs, that is, how much is used for each online activity. The discussion I saw seemed to indicate that the RC rate would be impacted by the time of day...how busy or active the chain was or was not at that time. The discussion was between blocktrades and @hivetrending and the gist of it, as I understood, was that RC is hard or impossible to predict based on this fluctuating activity factor.

Wow, I missed that post...amazing. From my layman's understanding - some things will become more expensive RC-wise, most "common" things will be unchanged.

Also, I'd not heard of "Betteridge's law of headlines" prior. This is yet another reason why I love the Hive blockchain...I learn stuff. 🙂

I was reading this and saying but you posted 🤔
hehe then read the last sentence!
Interesting to know, and with this account, I shall keep an eye open CJ!

Haha, yes Dane delegated some and I also sent some from my main account.

Would love to see how it goes with you Tito Ed :)

Imagine what things will look like with 5,000 users doing what you are doing. That is going to mean that a lot of RCs are required. This is going to be very interesting.

Someone is going to have to power up the HIVE.

That's right and the blockchain will be so busy when more people get active. It's great that as you mentioned, the upcoming hard fork is going to allow RC delegation.

Imagine we buy the RC, how would one have cope with everything?

I wonder how we would :) It's good that isn't the case and although we need staked HIVE to have it, at least we still own our tokens.