Did You #Thread Yet?

@ifarmgirl 71
about 1 month ago
LeoFinance

Threads or LeoThreads went live a week ago and there had been so much excitement around the den to the extent that the UI sort of broke and became glitchy for a few times due to heavy traffic. But then, LeoFinance Dev Team had worked them out quickly and even made updates that a few days ago, threads can already be done on mobile browsers and the page loads quite fast too.

So Yay! What else can I say?

LeoFinance continues to BUIDL and deliver to the community. It's just amazing how things unfold around here so I encourage you to not miss the fun and try out the threads if you have not already done so. 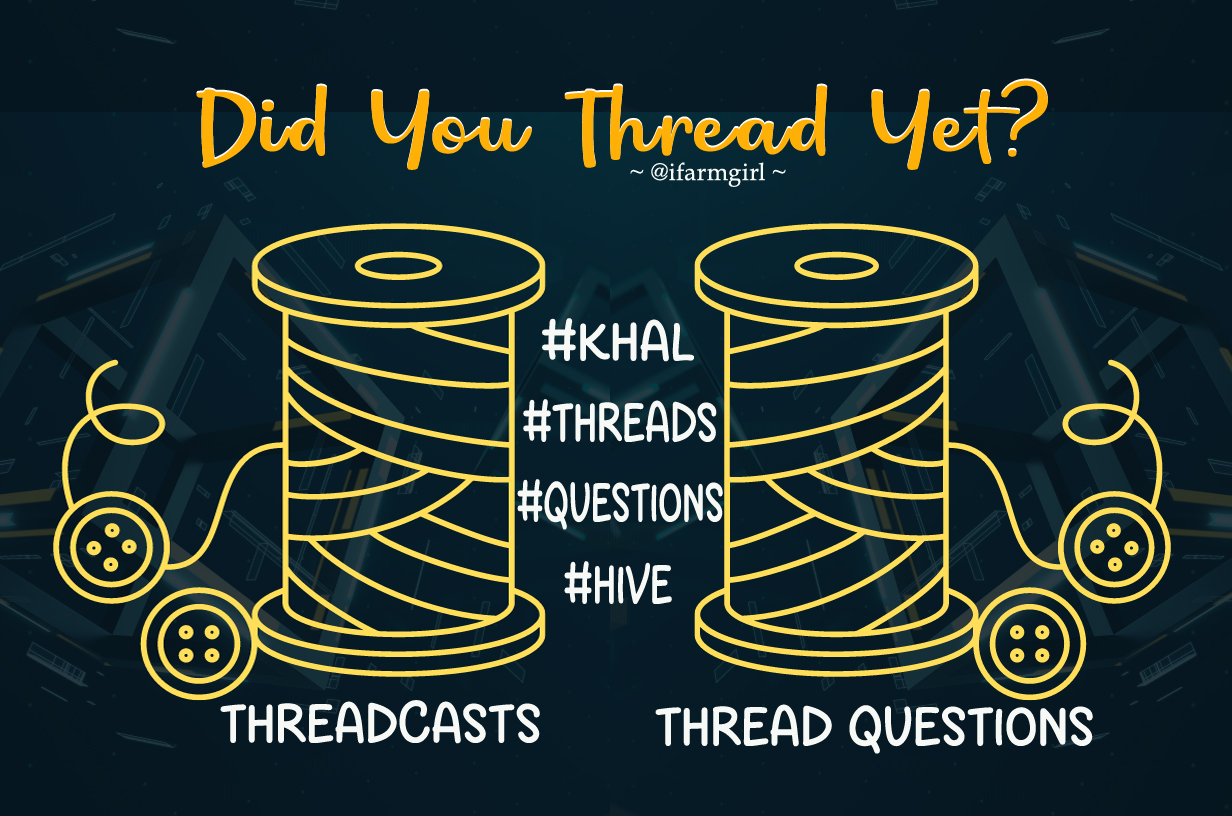 What to #thread about?

And should you get lucky, your thread can even get upvoted and you earn $LEO which is always a nice treat.

I believe this was one of TM's (@taskmaster4450) brainchild (idea). If you are into sports and love to watch live games, LeoThreads can be a very good place to discuss what's going on. Tag your buddies and do a #threadcast and make that game trending! I bet you'll have so much fun like Jimmy and TM did with the Mets game a few days ago and a while back too with the Major League Baseball game between NY Mets and Philadelphia Phillies.

And did you know you can also use #threads as a way to send a Direct Message to Khal? Yep, he said so himself on his thread.

So if you have something you wanna say or ask, you can just use the #khal tag and he will get back to you. That brings me to Thread Questions where you can also use LeoThreads to ask them. 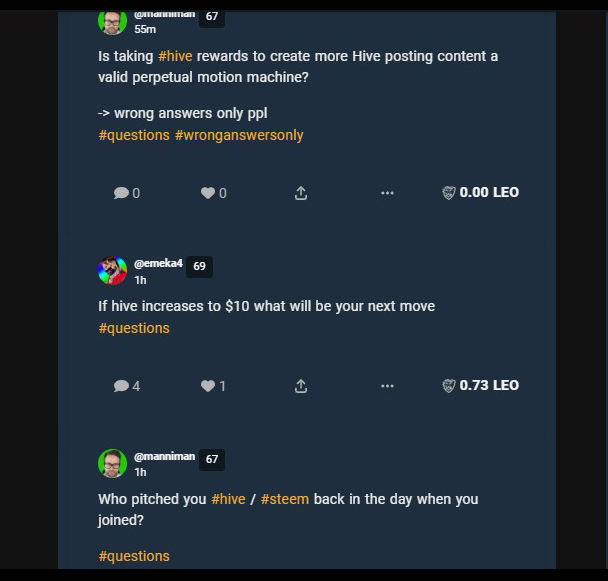 So, would you do #threads now on top of doing long-form contents on Hive? I implore you, it's so much fun! And unlike Twitter, there's no one to police you with what you're going to #thread about so go all out and join the fun!

And oh, you might also want to participate in this weekend threads contest by @jerrythefarmer for a chance to win some $LEO prizes.

Personally, if there's one thing I'd like to see is the ability to do #threads in any of the front-ends, not just on LeoFinance. But I guess this is only the beginning and we are going to see more developments around the Hive Blockchain as time passes on.

Speaking of which, LeoFinance is working endlessly to update and enhance the threads features for easy and convenient usage. And should you want any other features added, you can request them via #threads.

Thank you and cheers to the weekend!

Lead image from @leofinance post, edited on PC. All other images were screen captured within LeoThreads. No copyright infringement intended. 130822/09:30ph

Thank you for your kind remarks and wishes. I hope you're having a blast too. Enjoy your weekend!
!PIZZA

But I want to know if YOU have created a thread CJ?
I know we have to as a lpud requirement this month!
I have not yet, in fact only commented on a couple

I did a quick #thread yesterday and today but not about #lpud. I guess I missed to read that requirement. There's still a few days left and we can satisfy that hehe

I think we have to make a thread about #lpud I need to read it again after the football which is about to start!
Enjoy your evening CJ:)

Yes, it's a requirement for the #lpud. I made a #threadstorm earlier :) Enjoy your football Tito Ed! All the best for your team :)

@poshtoken 78
about 1 month ago

For sometime now, I haven't been able to acess to the thread but with your post now I will. Thanks for sharing

Oh sorry to hear but I hope you can access it now? You can go directly to https://leofinance.io/threads

Many thanks :) I truly appreciate it.

Fracking right I did !

@ifarmgirl! You Are Alive so I just staked 0.1 $ALIVE to your account on behalf of @bradleyarrow. (5/20)

Thank you Bradley, I believe you're enjoying the threads :)
!PIZZA

Thank you lots! I appreciate it :)

Very nice summary of #Threads, @ifarmgirl
You covered the program well.
I have done a few threads since it started up, and I anticipate using it much more as time goes on.
!CTP

Thank you lots John, it is a nice feature where we can drop by and write some things. Cheers and have fun on the #threads and in everything you do :)

Great work! I will give it a go!