Vesting for the Long Run 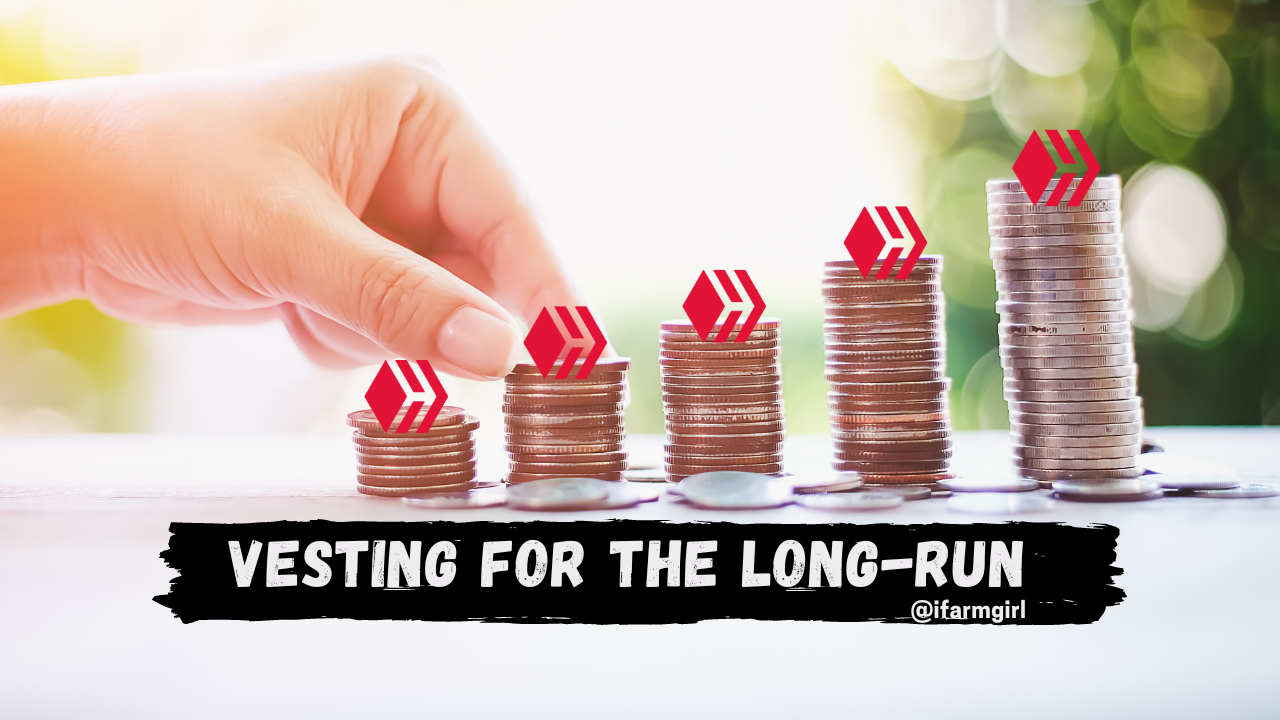 This first of December marks my 12-month streak participating in the Hive Power Up Day (HivePUD) which I started since January this year. I would say that I'm a late boomer here on Hive because I only learned about the initiative 8 months after I created my account. Hive to me was so puzzling and my befuddled brain could not comprehend but that's because I wasn't really into "learning" about it.

Initially, my Resource Credits were usually not enough to stay active which prompted me to buy some HIVE from the exchange and stake. But even so, I still ran out of RCs most times. Thanks to a beautiful soul (coquicoin) for walking with me through those times, we began to discover the beauty of Hive.

Along with participating in the monthly HivePUD was also doing the Power Up Month (PUM) which for those who are new to the blockchain and might be wondering, it is staking or powering up at least one HIVE every day for the rest of any given month. And today is also my 335th day of daily power up. Both HivePUD and PUM have helped me cultivate the habit of discipline and consistency. So you see, there's more to do and learn here, not only socializing and earning, but we also acquire and develop good discipline by being here on the Hive blockchain.

A level 2 power up today (50HP) brought me to 7k Hive Power, crossing off my target HP for the year.

And here's to share the history of my account's growth:

What seemed to be impossible is actually doable. Through this, I can conclude that breaking down a goal into smaller ones makes it less overwhelming. And my heartfelt gratitude of course to those who helped me make this possible through their continuing support. Thank you indeed.. ❤

But not because I reached my Hive Power target doesn't mean I'd stop nor become complacent. The staking journey continues and so as learning, growing and discovering. There is so much more to explore and learn on this blockchain and we shall keep an open mind to many (all) of them.

Happy HivePUD everyone and cheers to more vesting!

Congratulations @ifarmgirl! You have completed the following achievement on the Hive blockchain And have been rewarded with New badge(s)

A big Congratulations to you @ifarmgirl
!LUV you are one of the people that encourage me to join the Hive power up challenge through one of your posts which you might not even be aware of.

I was able to complete a power up throughout last month and I'm so proud of myself, and I plan to stay committed to this course.

I wish you a blissful new month🥰😍🎉

And congratulations to you too on your power up and to your commitment to doing it :) Cheers to saving (investing) for the long run hehe!

You're doing really well, 7K in 11 months that's really cool. I congratulate you.

Thank you and you are killing it too, I believe :) Cheers to more stakes and a bright Hive future to us all hehe!

We continue to move forward with sure and stable steps to the future! 🦁😀💪

Cheers to that! Forward march :)

You've come a long way, Farm girl. I am proud of you. Congratulations on all of your achievements this year. You are our role model. 🙌🎉

Thank you Iska for your very kind words and many congratulations to you too. I'm sure you have grown yours as well :)
!LADY

You are welcome. Thanks. I did my best. 🙌

Congratulations my friend, you have been so consistent on the power-up day and I wish you more wins and strength.
Wish you all the best and happy new month

Thank you lots my friend. I appreciate your kindest words. And yes, happy new month to you as well.
!LUV

Your account growth in just 1 year is so inspiring and motivating!!! Amazing how you build up your account from almost ZERO to 7K Hive Power!!! That's huge!!!
Big congratulations on doing that!

And today is also my 335th day of daily power up.

WHAAAAAT?? You did daily power-ups for almost a year?? That's what I call CONSISTENCY!!!

Wish you all the best and keep inspiring others!

Thank you, I'm glad to have stayed consistent this year :) And yes, I stake HIVE daily, thanks to the PUM initiative. If it wasn't for it, I'm not sure if I'm able to do it, hehe!
!PIZZA

Dear @ifarmgirl !
I don't know the concept of Hive Power-Up Day and how to use it, but I will continue to learn it!
Thank you for article!😃

I'm sorry for this late reply :) I can't believe I missed it. Power Up Day is a community event that we can power up or stake HIVE and have the chance to win some HP delegations.
!PIZZA

Thank you for answer!

Thank you lots. My apologies for this later reply. Only saw this now :)
!CTP

Here speaks CJ the inspiration for all of us:)
Well done CJ, and I look forward to reading you hit 20k this time next year ...
Merry HPUD 🐝⛄🎅

Belated HPUD Tito Ed! Can't believe I missed all these and only seeing them now. And how nice it would be to hit 20k, but we'll see :)
!CTP

Congratulations @ifarmgirl 🎉🎉🥳🥳 well done. Such a great number you reached in such a short time. Well done 😎🤩
Keep going and let’s rock the hive a bit more.
Happy HPUD 👋🏻

Thank you lots Jackie and congratulations to you too. I'm pretty sure you have hit another milestone on the recent HivePUD.
!LADY

You are so welcome @ifarmgirl 😊👋🏻 Thanks a lot!
Doing my best and consistently growing… ☺️😉
Have an awesome weekend 🤗🥰