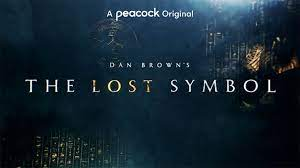 In Dan Brown's The Lost Symbol we are taken once again into the mysterious life of Symbologist, Antiquities and Artifact's investigator Robert Langdon, when he is just a young Harvard symbolist, this time in a prequel to the movies Da-Vinci Code and Angels and Demons in what looks to be another great mystery adventure.

A mystery adventure that will once again take us on a wild journey into ancient artifacts, Religious scripture. riddles and cryptic games and the occasional bit of action.

In the opening episode released September 16th 2021 Robert Langdon is sent to give a speech at a museum, by what he thought was somebody from his mentor Peter Solomon's University Dept, only to realise once there that his mentor Peter has been kidnapped and will only be released once Robert finds an ancient secret portal. 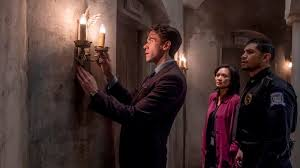 The ancient portal is said to give unimaginable superhuman like powers to whoever uses it, including immortality.

Molac an entity that holds Roberts mentor captive sends him on a quest to find the portal with very little clues to work from. 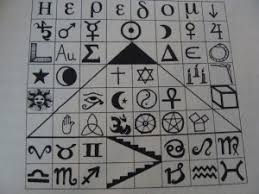 Luckily for Robert after an incident at the museum in which a real human hand is found, visitors share video's on social media before the situation is contained, on seeing this a well versed in the ancient languages CIA operative turns up and begins to try to take charge of the situation, which Molac doesn't take to kindly too. 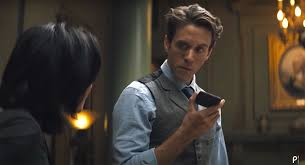 The original motion picture soundtrack score was I believe created by Will Bates known for his scoring of such great movies and TV series as Unbelievable, The Magicians, The Path, I Origins and many, many others, I couldn't find a link to the score itself, but I did find a review of the score on the film music reporter where you can get further information and listen to the soundtrack HERE

A young Harvard Symbologist must solve a series of deadly puzzles to save his kidnapped mentor and thwart a chilling global conspiracy.
From Presearch: Dan Brown's The Last Symbol Synopsis

MY CONCLUSION
From what I could garner from the first episode and the trailers and information available online, Dan Brown has once again produced an amazing storyline which was first published in his book of the same name, there appears to be a solid cast and the plots and twists yet to unfold seek to draw the viewers into the intriguing mysteries that seem to follow Robert Langdon.

The series looks like it with be quit enjoyable from what I have seen so far and I believe a TV series format may just be better suited to these types of stories as a TV series allows more time for the long drawn out plots and twists to play out in a more believable way than what you would get with everything squashed into a 2 hour movie.

A really good watch and I will be awaiting the next episodes, the next of which is released on the 23rd September 2021.

WATCH THE TRAILER
If you enjoyed the review, I would appreciate it if you would find the secret to releasing that mysterious upvote on me and sending that reblog on a quest all of it's own as it would help me reach to more readers and potential followers, Thanks for dropping by, have a nice day....