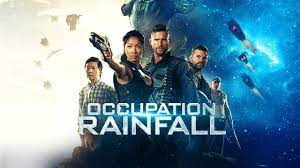 In Occupation Rainfall a group of resistance Fighters stave off an alien offensive in the Australian Blue Mountains after most of the world including North America has been decimated.

Occupation Rainfall is part 1 of 2 to the 2021 sequel to Occupation 2018, so if you enjoy these kinds of sci-fi movies you can expect part 2 to be another great watch.

In the sequel aliens have already invaded earth after their own planet has become uninhabitable, after the brutal and savage attacks on humanity some aliens known as the grey's have taken sides with the resistance to help fight off the impending annihilation of the worlds population. 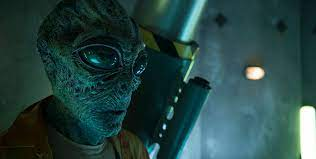 The story and plot revolves around the resistance as they attempt to rescue survivors from ongoing attacks and evacuate to a more secure location which holds the secret to an ancient meteor that was catapulted towards earth centuries ago by the aliens in an attempt to extinguish all life on earth in preparation for the aliens arrival.

The only thing they hadn't counted on was mans eagerness to survive and a miss calculation of where the meteor would land in the middle of the ocean. 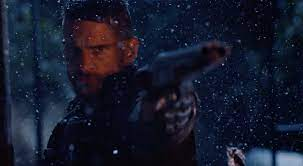 The original motion picture soundtrack consists of a collection of over 31 tracks in total by renowned producer Frederik Wiedmann know for his productions on Anime movies such as Son of Batman, Justice League the Flashpoint Paradox and the Dragon Prince Trillogy you can get further information and listen to the soundtrack HERE

Two years into an intergalactic invasion of Earth, survivors fight back in a desperate ground war. While casualties mount by the day, the resistance -- along with some unexpected allies -- uncovers a plot that could bring the war to a decisive end.
From Presearch: Occupation Rainfall Synopsis

MY CONCLUSION
All round Occupation Rainfall is an enjoyable movie, there is some great action scenes, crazy alien attempts to be more human like and some really funny one liners, the alien CGI however could have been done much better, it is however done quit well and could pass off as a classic Australian blockbuster that would be worthy of being up there with Chappie.

There are some twists and plots in the storyline that give meaning to the story, making it that bit more enjoyable, but you will have to watch for yourself to find out as I never reveal the full story in my reviews as that only spoils all the fun.

WATCH THE TRAILER
If you enjoyed the review, I would appreciate it if you would send a meteor of your own at that upvote and send that reblog into outer space as it would help me reach more readers and potential followers, Have a nice day....

Thanks for the review, its better than reading the review from IMDB! I am going to watch it tomorrow :D

Glad you enjoyed it, Thanks for dropping by.