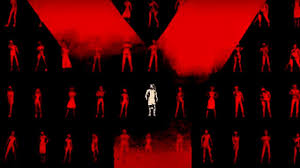 Y: The Last Man is a newly released Post Apocalyptic TV series which stems from a DC comic book collection of the same name from 2002 where after a cataclysmic event has decimated every male mammal with a Y chromo-zone except for one man and his monkey.

The immergence of an all female New World Order as women are unaffected begins as they search for answers to turn things around, keep the power on, feed the population and survive in a world with only one man and his monkey.

In the opening scenes we are faced with the destruction caused 3 weeks into the event as the male population has been decimated before reverting back to 1 day before it all began to happen. 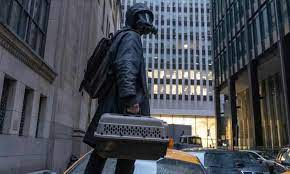 The story and plot revolves around Yorick (Ben Schnetzer) the last surviving Man and his male monkey who find themselves as a kind of last bastion of hope to the now ruling female populous and Yoricks protection from agent 355.

Diane Lane plays US senator Jennifer brown who tries to bring order as the acting President and re-establish security and calm from the chaos. 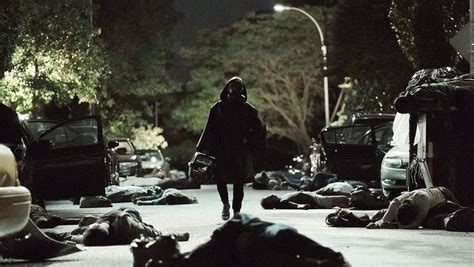 Although only three episode have been released the following episodes will be released, one each week, I can already see that the series will be a big hit amongst Sci-fi apocalypse fans that enjoy these genres as the series has a very strong cast and has been very well written and thought out.

There is a strong storyline that catches your imagination from the get go, but also many twists and turns already drawing you further into the series in a well sequenced way. 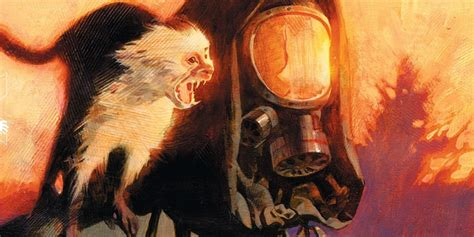 The series has a strong soundtrack with such classics as James Browns It's a man world and others, you can read further information and listen to the tracks HERE

Every man and male animal in the world dies suddenly — except Yorick (Ben Schnetzer) and his monkey Ampersand. As the world is thrown into chaos and US Senator Jennifer Brown (Diane Lane) tries to bring order as acting POTUS, Yorrick finds himself protected by Agent 355 (Ashley Romans).

PRESEARCH Is also where I earn pre tokens for my research.
My images were also sourced from Presearch Why not use it for research and earn PRE Tokens in the process.

MY CONCLUSION
From what I have managed to see from the series this is going to be another big post apocalyptic series, I believe there was 60 stories or chapters written in the comics, so we could expect maybe 6 or more seasons, if the viewers are engaged in the story like I was, I believe this will be one of the best series to be released in 2021.

I really enjoyed the story of one man being the last man alive yet still he manages to be the center of attention, An enjoyable watch for fans of the genre with a lot action scenes.

WATCH THE TRAILER
If you enjoyed the review, I would appreciate it if you would send a message of your own to that last surviving upvote and send that reblog into the lab for inspection as it would help me reach more readers and potential followers, Have a nice day....

Quite the interesting series. I don't normally cross-curate, but I had to make an exception for this post. Thanks for sharing.

Glad you did, appreciate that Pal, yep it is one of the more interesting series I have found in 2021, glad you liked it.

Quite the interesting series. I don't normally cross-curate, but I had to make an exception for this post. Thanks for sharing.