@jongolson 79
about 1 month ago
LeoFinance 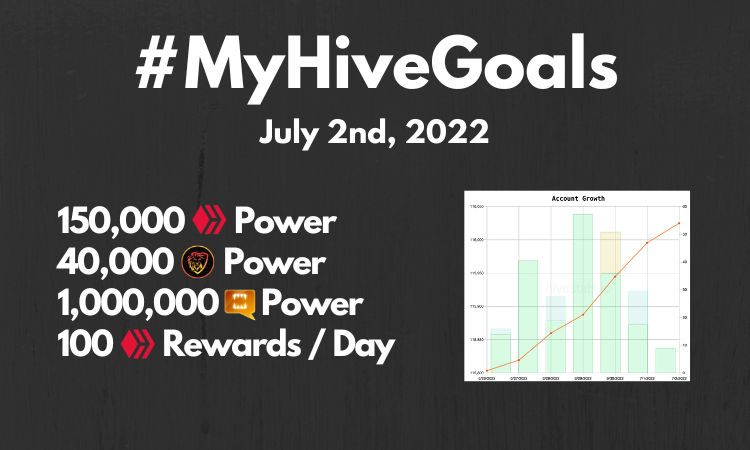 I have a few secret sauces that I use when it comes to Hive accumulation.

O.K., saying they are a secret is a stretch lol Because it's available to everyone here on the blockchain. You see, part of the most powerful aspects of Hive is that it's delegated proof of stake. And that opens it up for so many opportunities for those of us that want to stack!

There's a few projects I have enjoyed over the years when it comes to delegating my Hive Power too....

I LOVE getting LEO in my pocket each and every day and it's helped me reach my LEO goals quick quickly.

The BRO token is a cool income token that I've recently started to dollar cost average back into, but you also earn BRO tokens for delegating Hive power to it!

No brainer for me!

So it's my newest 'investment' on the blockchain and this will be the first week I'll get some dividends from my delegation.

Hive man...There truly is nothing like it anywhere in any crypto project :) 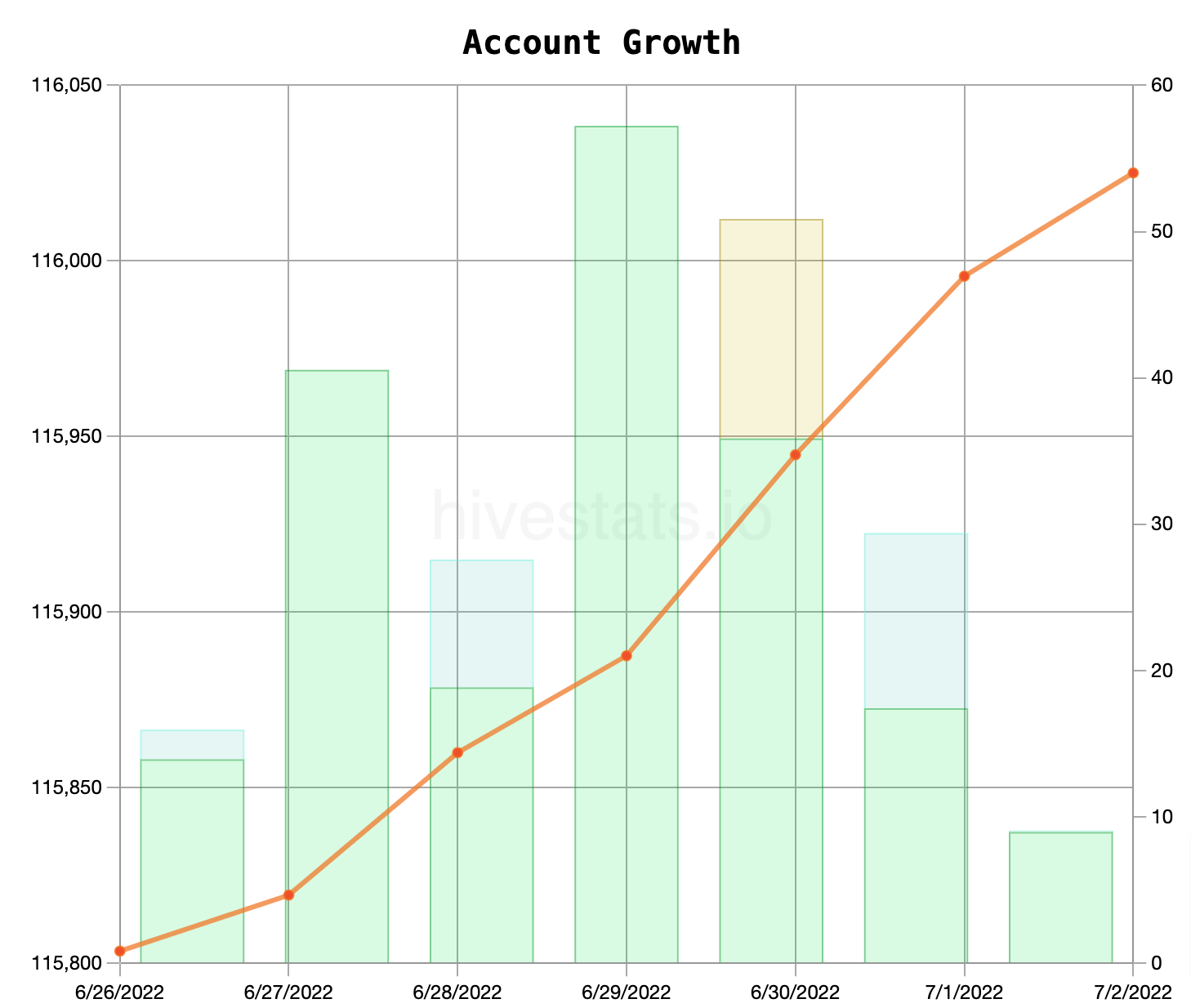 A decent week in accumulation mode!

Show up. Put in the work!

It doesn't get any simpler than that...Creating and curating has helped me grow my Hive and I have no plans on slowing down.

Again, thanks to @leo.voter, I'm adding to my LEO stacks each and every day!

Pretty happy with my totals and should hit 40k in a few months at this rate!

And what will that do to the SPT token?

Welp...This will either be the smartest decision I've ever made, or an effort in futility. It all depends on what the Splinterlands team decides to do with their blogging token and community...

Like I mentioned in the opening, I'm now delegating to the @brofi project which in turn, generates BRO tokens for me. So while I did buy a token this week, going forward I'll just add BRO to my 100 Hive/Day totals instead of this section.

This will allow me to concentrate on these 2 projects as well much better as delegation adds to my totals as well, but not the same that DCA'ing does.

A decent week of creating on the blockchain, so let's see how we did:

I had a bump in my 'Misc.' because of the BRO I accumulated, and this might get even higher next week. We'll see how this new project works out. Still nowhere near enough to get on @dalz 's top earners list each month, but dang it...I'm trying LOL 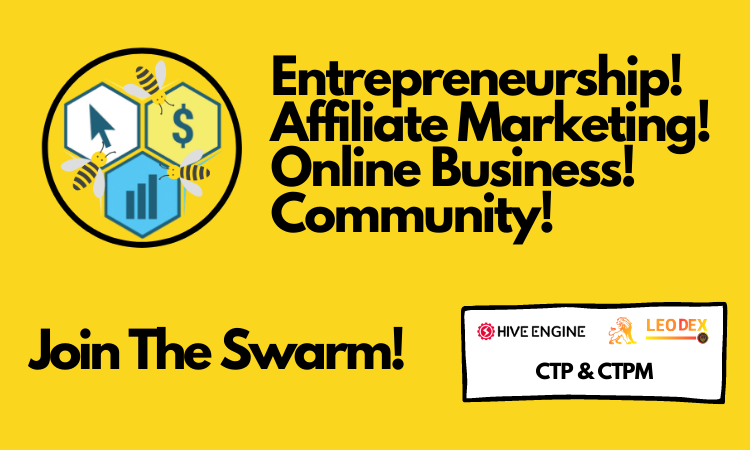 Ready to join the 'Swarm?

=> Check out the CTP Discord today!

@poshtoken 77
about 1 month ago

Thank you for the secret sauces :) Have to copy your recipes hehe :) Cheers!

You do and they are here for anyone to copy :)

You are making good progress. It's a bit too bad that brofi is only HP now.

I'm good with it. Allows me to focus on it and in turn, sends me more BRO.

60 Hive per day is a nice haul. Do you know anywhere to delegate leo to?

LeoFi is all I know about! Could be a market and service out there other than that though?

Check out @meowcurator from @deathwing.

Wow, Crazy cool! I have never thought of it that deep!

It can definitely be a good thing to have multiple streams and projects going! Trying to do that with my "alts."

Unrelated: Is the "swap" utility (Hive-Engine-Hive) on hivepay permanently offline now? I notice you no longer mention it in the footers of your posts...

Nah nah, it's coming back. We have just been having some issues with splitting our servers. But @blainjones will get Hive Pay Swap back ASAP :)

Oh, that's good to hear! It's the only swap utility I've used that hasn't had liquidity issues. Plus... 0.25% is a really good deal!

BRO token seems one of the best investments here on Hive. The simple thing is that you just have to delegate HP to this accounts @brofi, @leo.voter and the rest to start earning your passive income. So simple!

yup. no need to overthink a thing here.

Thanks for the update and the "not so secret" sauce, @jongolson!

lol Thanks, glad you enjoyed it!

Those are some big numbers for most of us, I'll screenshot your goals and keep them as a future reference and motivation, who knows, maybe one day... 😌

It works. Just find a target and keep working at it each week. You'll be amazed at how it stacks up!

That's what I'm doing right now and I work at it many hours each day. Thank you for your comment!

@jongolson! You Are Alive so I just staked 0.1 $ALIVE to your account on behalf of @bradleyarrow. (2/30)

I do my best lol

I'm hoping the alts will get their turn to shine next year or the one after, in the meantime I doubt anything spectacular will happen

Yeah I'm sure they will. Only a matter of time!

Your secret sauces seem to be serving you well, Jon

Numbers are looking good. Not that I would ever imagine that they wouldn't. Thanks for sharing.

Thanks Bob, appreciate the kind words!

Great progress towards your goals!

Thanks man, working hard at it!

@devpress 63
about 1 month ago

It seems you have taken BRO token more seriously for investment. I am thinking about doubling down on Leo. I feel that token soon would become strong and shelter many as we see centralized companies start falling.