How Viable Is Learning How To Spend Money? 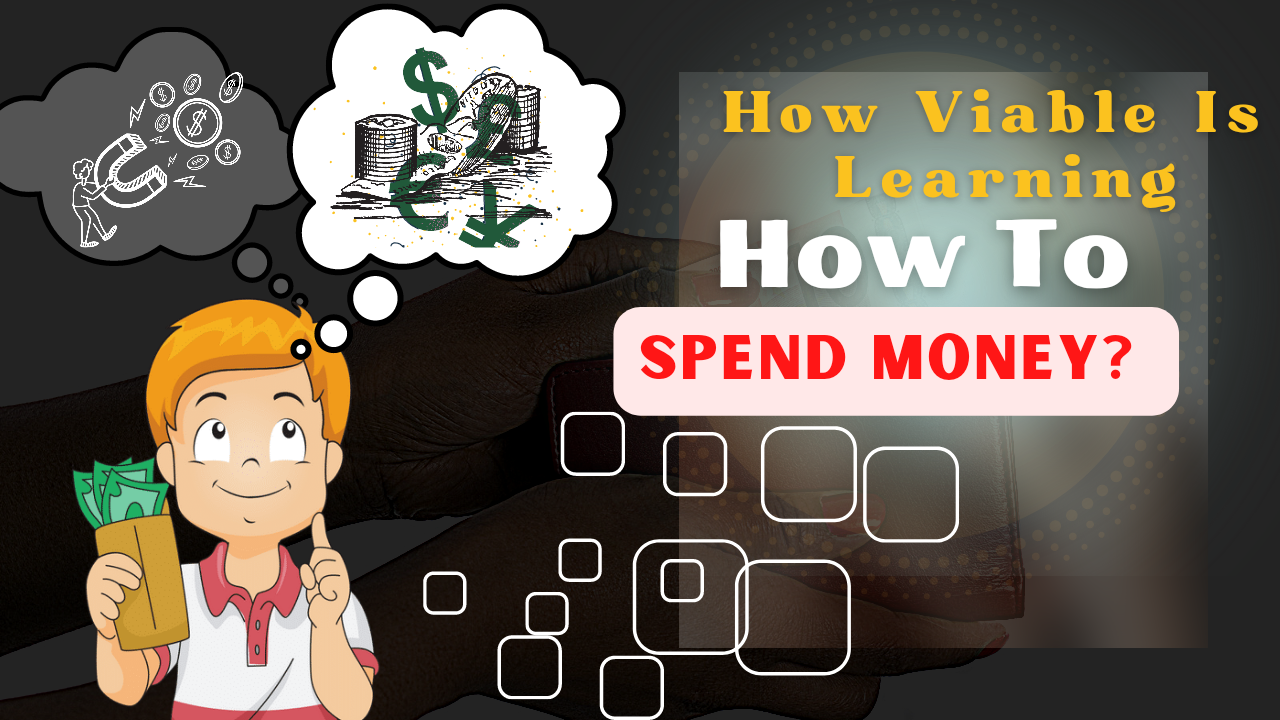 One of the things I'll never do in life is tell someone how to spend money unless the consequences of potential wastefulness might directly affect me. However, I use to tell people that no one is a guru when it comes to spending money.

Here's why: Theoretically, it's very easy to make money plans. Monthly or weekly earners are the biggest planners in life and this is because they're trying to use limited money to satiate unlimited needs. Sometimes we might think our salaries would put a limit on our needs and desires, but it doesn't.

There are finance gurus online who make millions by telling people how to reduce their excesses when it comes to spending, but the truth is we cannot.

So, spending money comes with emotional attachments, if we cannot help people get their emotions in check it'll be difficult to show them how to spend money and this is why no one can teach another person how to spend money. Now attaining discipline is difficult, I talked about how one might spot a potential addiction and kill it from the root.

It takes serious consciousness to snap about of the emotions to spend astray and because of the potential sacrifices, people tend to give in to spending amiss, especially if they think it's a one-time thing and they'll never repeat such, but surely it will. We have to understand that our plans are not tethered to our emotions, this is because we can make flawless plans and still make stupid mistakes.

Our lives on paper reek of perfection

.....this is different in reality. It's filled with making potential decisions to keep us away from debt and additions. There's an MO (modus operandi)* to how people spend money, people create a monetary identity that can be recognizable by others and this is possible because money in its original form is only a tool, because we earned it by giving off a huge part of our essence.

So how we earn our wages or salaries determines the affiliation we tend to attach to them. When we feel too attached to our money it makes it difficult rationality to do everything we do with it because we're always wary of making mistakes and all our efforts at earning become futile. This happens when people offer so much and yet earn too little.

Questioning the reason behind every expenditure is an M.O. we have African parents who would never spend a dime on anything unless it's been certified by them and if they decide to change this MO We might become wary and question the change because that change they adopted isn't their core identity.

A Change In Cashflow

So, the essence of money is reflected in its holder, this is why it's difficult to rid people of their emotional attachments to money. Emotional attachment to money can be good, but it can also be bad as well, however, I do not intend to talk about this as this is personal finance psychology on its own. However, the reason why I mentioned it is that there are times in life when we are exposed to change.

Change in income flow. A lot of people think they'll do better, and make more reasonable choices when their earning power gets better, but the truth is that they never do. Having more money doesn't throw away the core identity we've created towards spending. If there's something it does, it helps us fund some discrepancies we might have not been able to afford in the first place.

While some people might experience some little changes if their income gets better, it's quite difficult to completely change everything. We cannot change externally, and neither can new knowledge about how to be a better spender impact us, unless we decided to change and are motivated to do so by something stronger in our lives.

Poverty is a very strong motivation on its own, but the downside is, being motivated to get out of poverty isn't always the best motivation because the motivation to stay afloat feels better, no one should be pushed to the wall and threatened by financial extinction for them to do better. So while it's difficult to be changed by someone's else finance lessons, it doesn't mean we cannot. Our lives require a lot of improvements to help us stay flexible in our personal finance journey and this is why we shouldn't stop learning.

The Intrinsic Propensity To Spend Money

Poverty: The Unwillingness To Spend?

The Importance Of Having A Contingency Money Plan

Translational Value; What Is Your Worth?

Using Crypto As A Means Of Transferring Will

It's hard but I think my childhood made me realize how important money was. When you suffer from this, I think there is no real alternative to experiencing it yourself. I do think it's still possible to change but it's hard until you face the hardship yourself and feel the pain.

Haha yeah, so many people learned to do better as a result of their tough childhood. Being in lacks makes people appreciate money and this is why sometimes I can also take positive from my turbulent childhood as well.

You've spoken really intelligently as always. Finance is like eating a meal, everyone has their own spin on it and as you've highlighted, our emotions have a significant role to play. Because of this, we can't rely on one's financial knowledge to inform our financial decisions. So, instead of teaching people what decisions to make and when (just as finance gurus will always do), I think the best thing is to teach people basic principles that they should use in informing their financial decisions.

People are just lazy to make decisions because it's easier to blame someone else for our failure than take the responsibility. That's why they always look for financial advice than brainstorm out solutions.

Haha well this is why people acquire all the knowledge in the world and still make simple mistakes when it comes to money because spending entwines with our sentiments, it's difficult to make a solid choice regarding money even if we're knowledgeable and know the right thing to do in some instances. It's our knowledge versus our sentiments if not we'd be flawless with our decisions.

Yea. A constant and neverending battle!

It takes lot of discipline to overcome ones attachments to money and see it as a tool. Most people (myself included) tend to overlay our identity with money.

Crypto has let me understand that even if you know how you can help people to spend their money is always better to keep it yourself, most people's motivation is poverty but we can not keep up when start making money because of comfort

Haha, we cannot teach people how to completely use their money although there are many people online who makes attempt. Both at the end of the day we cannot be responsible especially if we accrue some losses. You're right some people's motivation is poverty.

I think there's a synergy between knowing how to spend money and financial literacy. Although you cannot judge based on what you know if someone knows how to spend or not. Spending money is solely a matter of the choices we make.

But financial IQ is still a main factor in determining this. Because we all spend based on what we know.

It's more about having money money versus being able to spend without flaws. One's practical one's theorotical. At the end of the day, irrespective of our literacy we cannot teach people how to spend Money no matter how much we know.

That's so true.. you can't teach people how to spend.

One thing I never understood is why as a species we feel so invested in what others have. It's such a powerful emotion that many hours of TV have been devoted to it, especially in the form of game shows.

Basically, the fact that no one can teach anyone how to spend money boils down to the fact that as long as the (or your) money is not in the hands of the so-called teacher, the owner can do and undo it. In fact, to achieve anything in life is and must be a personal resolution that no one would coerce you to do because naturally, no one wants to be boxed around like a toy. It takes a deliberate effort to be financially disciplined. In the case of salary earners, and like what you mentioned above, it seems this money of a thing is like a spirit that will attract things you'd spend it on when you have them. Likewise, when you are kind of broke, there seem to be fewer expenses attracted to you.

Very well, I have really missed your intelligent content, comrade @josediccus. Keep up the good work!

This article is really helpful. Because majority of people do not know how to spend money nowadays

Wow! Very well said. I am so amazed how you explain things clearly and concisely. Indeed, this would be of great help to everybody. Congratulations.

Haha just kidding. It's just annoying that you're right. I mean I can relate and I know motivation in itself isn't enough but I listen in and try anyway.
Salaries are never enough really so I'll either spend or won't. Lucky for me, I'm able to choose, no addiction so to speak 😁.

Our lives on paper reek of perfection

I swear, no one would tell me otherwise, we're always who we cannot be on paper.

One of the things I'll never do in life is tell someone how to spend money unless the consequences of potential wastefulness might directly affect me.

We're together in this space, same as I wouldn't like it when one advice me on how to spend my money too.
It's a beautiful topic you've shared brother.