What Do You Need To Get Lucky?

@josediccus 80
about 1 year ago
LeoFinance 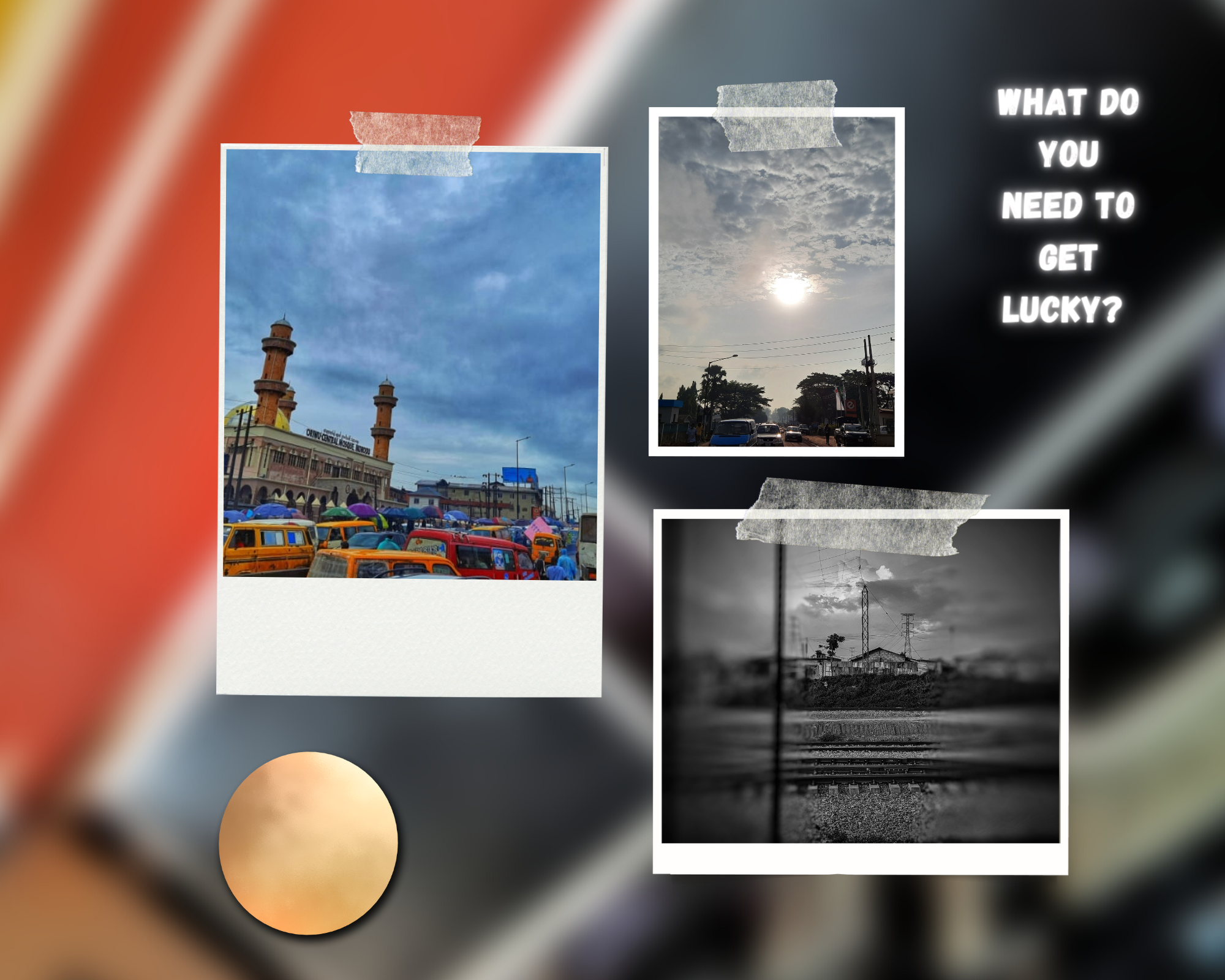 Generally, I believe luck is an element that almost everyone needs in life. It attributes to the degree or chanciness of something good or bad happening to someone as a result of a previous endeavor or an action. Luck to me is a ripple effect, it builds on momentum, and it acts as a reward for effort. Now a reward isn't always positive, it can be negative, however this negativity, people can always take positives, learn their lessons and come back better.

For example, an athlete who sets out, hoping to win bronze, but instead wins silver because, the prospective silver winner slipped and fell, giving them the window to actually win.

Luck doesn't always have to be competitive though, irrespective of the fact that it's generally required in business, money and so many other aspects' people often do right: they eat healthy, spend right, they even get to time their expenses, set up insurance and live intentionally, they carefully chose and scrutinize their investment schemes really well and then eventually some things works out well, while some others doesn't.

Generally these people would attribute their success distinctively to their hard work, but the truth is that a lot of people are simultaneously putting in effort, together with them and yet, haven't managed to pull that rabbit out of the hat. Truth is, you need to do the right thing to actually have a chance. Having a chance puts you in a likely position.

Nevertheless, luck isn't build on nothing, efforts and striving eventually yields dividends and these dividends might or might not be an expected outcome. People who are wealthy, for example, are always the biggest failures, but sometimes it's difficult to notice because overtime, they managed to do well, making up for the times they've actually failed. I know a lot of people who complain about being unlucky. They are educated, first class degrees and yet unemployed.

Any Luck With Jobs?

However, so many people like them are in the same situation, so due to the increase in the numbers and even little employment opportunities, their chances of getting lucky in the job-hunting aspects, drastically reduces, because of more Competition and has nothing to do with their level of effort or how qualified they are. In life, the ability to hustle, exceeds qualifications.

This means that thinking out of the box, attributing the right amount of resources into ventures that might likely do well. Making smart choices, understanding and taking advantage of one's immediate ability, resources and talents. Hustling entails rigorous engagement, some people will do fine, others will do good, and a few will perform extremely well. This might not really be due to being qualified but being in the right position for abundance. 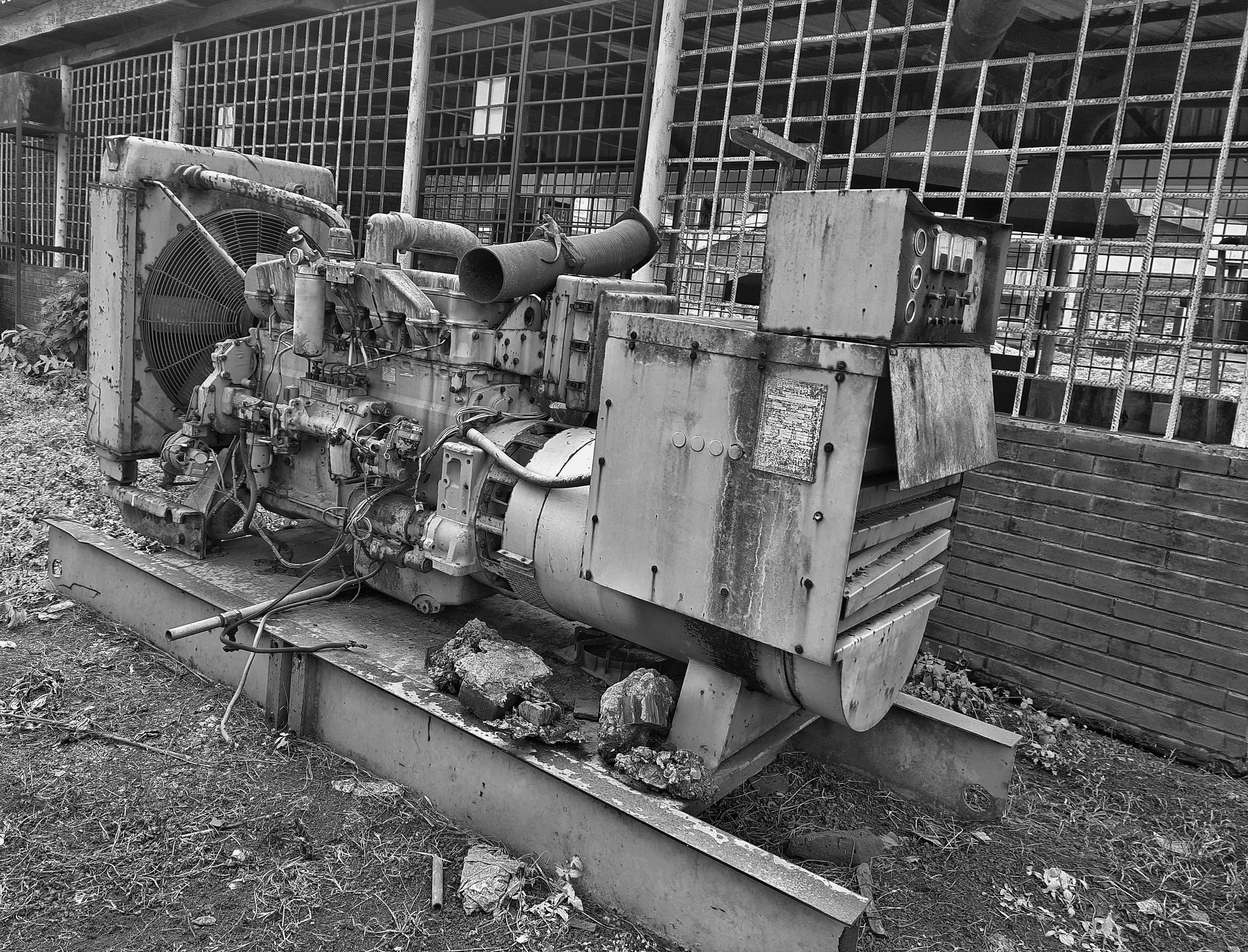 What do you need to get lucky then?

Hustling; a lot of people underrate the effect of hustling. Crypto, for example, have shown to be incredibly instrumental to how the lives of people have changed. Some many people have been made rich, howbeit, undeservedly. There's no iota of qualification to how they've become rich, no procedures, no foundations, in fact they didn't have sophisticated investing tools, they just had the right information and the willingness to actually take risk.

The chances of failure are often decreased with how many times, how long or how far we are willing to go. Most people aren't qualified to be in the Financial position they are, rather, they're deserved of it. Most of the wealthy homeowners in Nigeria in some lucrative part of the country have no basic education, nevertheless at one point in time in their early lives, they were bold enough to buy these landed properties, when people who were even wealthier didn't see a need to invest in land.

They didn't resell (people who actually bought) immediately, they held on, and now they're sitting on multi-million naira properties, rented out, leased out and earning residual incomes from them. In reality. This is why luck isn't about being qualified. Truth is, being deserved makes you qualified automatically. There are many decisions we'd make that might generally fail, but when it comes to crypto, you don't completely fail, you evolve. Hustling is what you need to get lucky, because eventually a striving person eventually hits the bull's eye.

You are right as always. Luck comes to those who hustle. I am reminded of the phrase, "proper Preparation prevents poor performance", and "when opportunity meets preparation, success is inevitable"

It's the right notion. There is nothing that beats hustling when it comes to getting lucky.

The thing is while we hustle our way to make wealth, we may not see the benefits. The only time we benefit is when we are well positioned to take an opportunity when one arrives.

For instance, someone who is consistently hustling, and setting aside funds, or hodling as in cryptocurrency, will be able to take a chance when an opportunity comes to invest in something or buy a land like your illustration.

What most people do not understand is they lose out of an opportunity every time because they weren't ready. If an opportunity shows up, and one has been making sure the resources are put in place, it will be easy for him to jump on it.

Well, you're spot on. I used to believe that sometimes people who hustle might make a lot of mistakes, but then these mistakes doesn't take away the fact that they're setting themselves up to do better. Sometimes luck is that element of reward for the grindings we have previously been involved in without knowing that it might eventually pay off one day. This is my notion of crypto in general.

Most definitely, you are correct. And I am thinking the same thing too.

As for me I believe that one must prepare for the luck to happen, one needs to have purpose which the luck would manifest on....luck often happen on something you are already aiming for or working on...but luck only made it easier or made it possible...but if you did not try at first , the luck might not even in existence..

Well you're definitely correct, so many times in my life, I realised I had gotten lucky but this was because I initially put in efforts at some particular point in time

Yes the luck occured around the opportunities you created yourself...for luck to exist , it has to exist based on something on ground..

Completely agree on hustling. There's that popular quote - the harder I work, the luckier I get.

Luck's an interesting concept and I wish it was studied more scientifically.

Exactly, luck to me is not just based on the fact that someone is not deserved, infact, at every point in time, I believe that people who have actually been lucky have one way or another been deserved of it.

Erhhm thanks for making the effort, even if I couldn't read.

I think the hustle and the mindset is kind of required. After all, I have heard many stories of people winning the lottery but wasting most of that money for no reason. It takes time to think things through and get that money to start working for you.

Well that is also my take too, the truth is that, everything I own has been through grinding and hustling and this would qualify me for luck, if I win a million dollars in lottery now, it wouldn't shake me whatsoever.

Hustling and keep believing in what you are doing,the luck will definitely come. Luck actually works for those who are actually doing something

Exactly, the emphasis on "doing something" must not be underrated. This has been total proven as im someone who have gotten so far bt grinding and hustling.

If one has to hustle to get lucky, is that then really luck? 🤔 The instances I read from the post which were attributed to luck were actually rewards for diligence. Is luck a reward for (a kinda) work in anyway? Or is just a 💯 chance happening?

Well, this post have made me to look at the topic of luck once more. Thank you for this boss. I am not a strong believer of luck literally. And as a commenter above posited, preparation + opportunity = success. And this principle, I strongly operate by.

Lucky is often defined differently and harshly so. In life, constant hustle is what creates the possibility of success. Success isn't a certainty. But being wealthy is a certainty especially when the right resources are put in. The point here is, no one controls the unforseen circumstances in their lives and that's why success isn't certain. We work and hope to meet with good luck.

I find that I have to make my own luck but surrounding myself with good people and things happening!

However it wants to be, I just want to be lucky in this life🥺
Get some visibility and enjoy something not toiled to earn for once.