Ada maintaining 3rd rank by marketcap has great potential once 2nd phase of bull market takes off. ADA Smart Contracts update has been in working and it seems it would be rolling out in mid of September. Testing has already been started which has gave a massive surge to it's price, Going from under 1.5$ to about 3$ under a month. Let's see what the news will bring for investors. 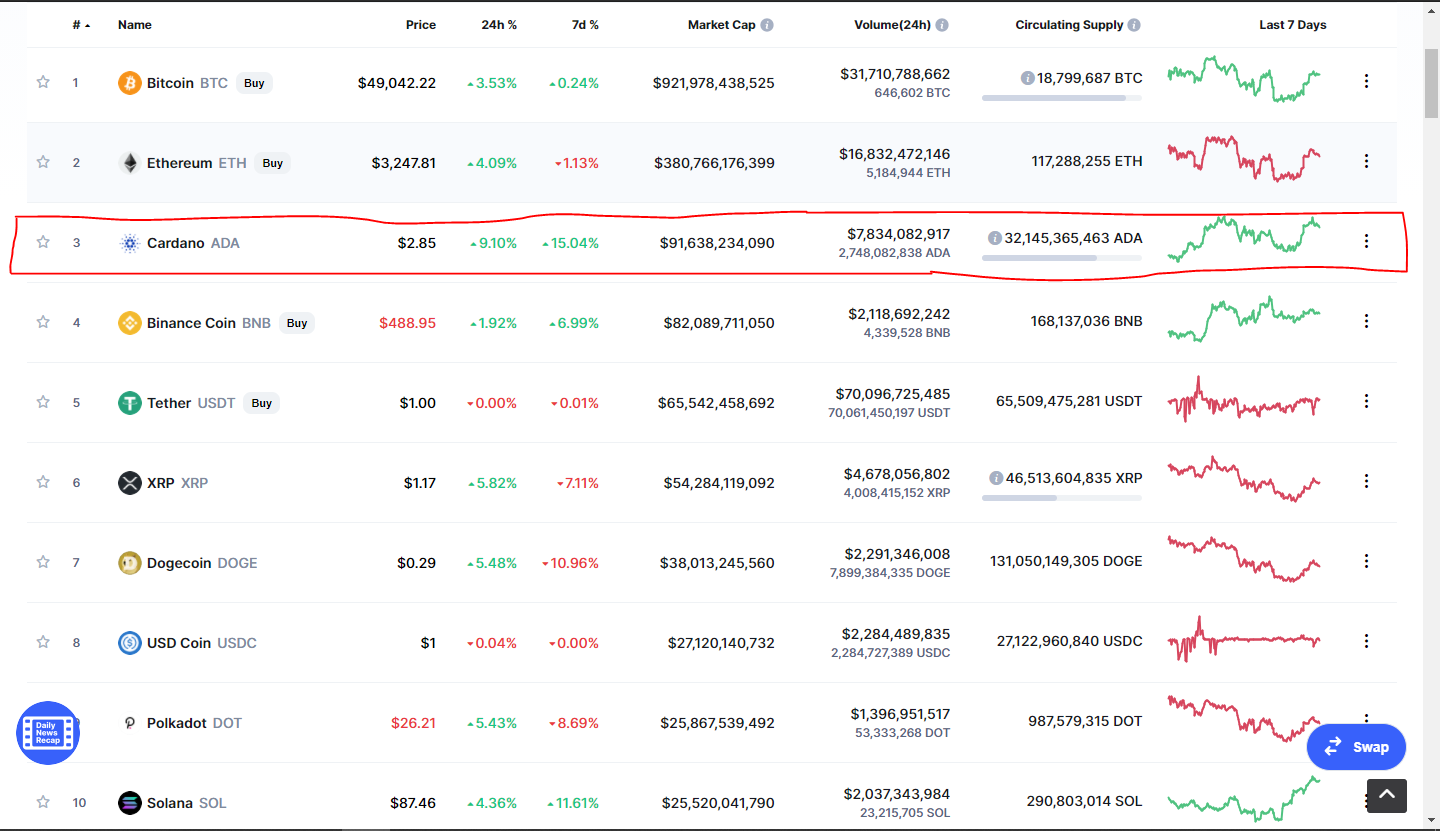 Smart contract will enable a world of whole new tokens, dapps and economies top be built on Cardano layer. ADAX aims to be cardano first decentralized exchange is on working right now. The token was sold to private investors in July and is already pumping hard. Once the smart contracts are running, We will see ADAX launching pools and defi trading and applications. ADAX aims to be the Uniswap of Cardano. More over we will be able to see NFT platforms and other projects migrating in because of scaling issue on ETH and other chains.

ADA is eyeing 4-6$ target in near term (2-4 months) and about 8-10$ (in full long run). Currently ADA/USDT pair is struggling to break 3$ ADA. It has already tried to break the resistance two times in last 7 days but strong rejection both times.

ADA/BTC pair is already at ATH against BTC, and if it is able to break that because of smart contracts or something, it can shoot off, but is highly unlikely. 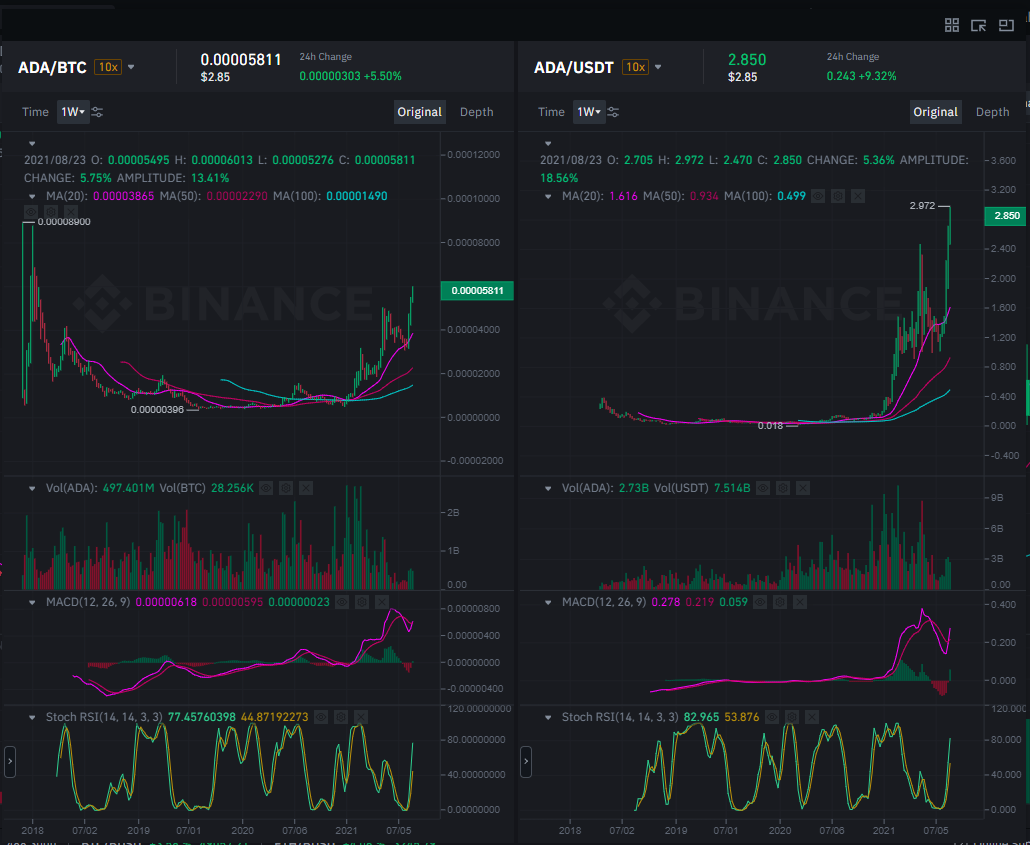 There is a huge sell order wall from 2.95-3.05$ range, and it would be a tough one to beat. Best scenario is if ADA holds above 2.50$ a couple of weeks or months, it can have some strong push to break the resistance.
Meanwhile while BTC needs to break 50k$ level as well, this would confirm the ADA medium term target.

I'm HODLing to my ADA for now and just bought up some ADAX as well. Stay Safe. September is generally not a good month for crypto market. We will see what it will bring this time. Not a Financial Advice.

Vote for @leofinance as witness by clicking on the below banner if you believe they are bringing value to Hive & Crypto world.

I believe in you more than ADA

You are gonna get rekt then 🤣