I've been thinking about writing this post for a few days but I've been a bit busy. Balancing my insane life with keeping up with Hive is hard at the moment, but know that I am here. I don't plan on leaving. I have to keep pushing forward. All these posts lately by a lot of different people about Cub Finance and LeoFinance have really got me thinking. 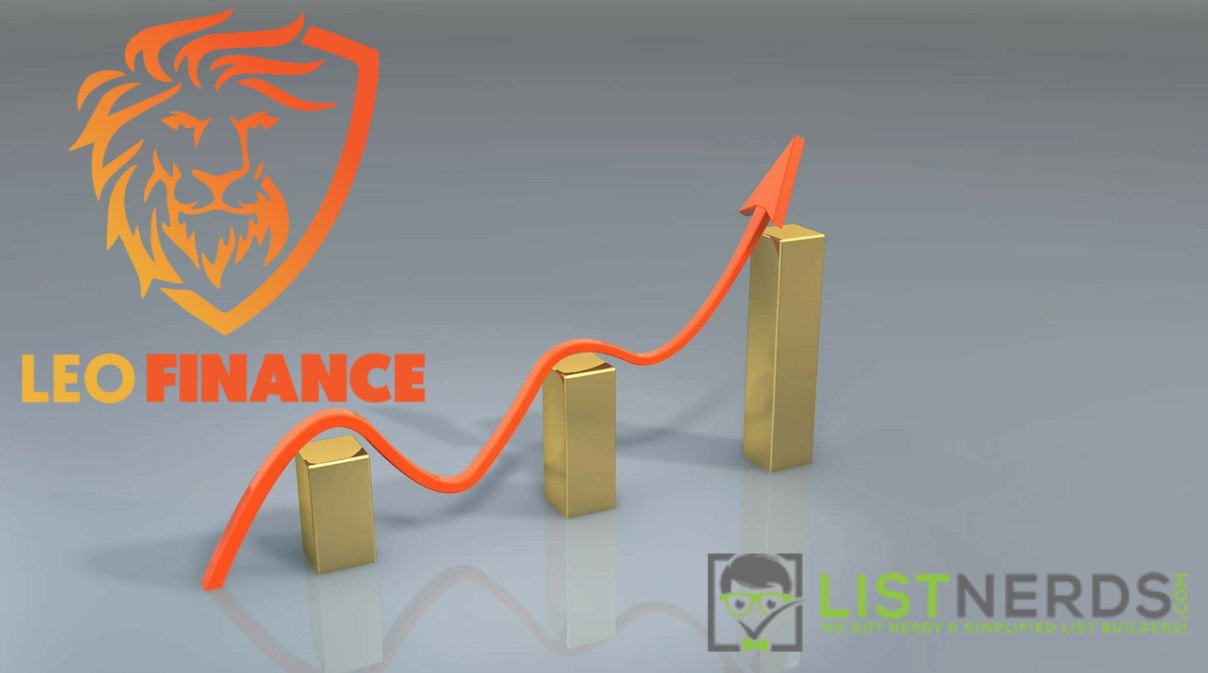 If you've never used or heard of LeoFinance, it's a frontend for Hive that has its own token known as LEO. My hope is that you've arrived here from ListNerds by clicking on my mail, but if not that's cool too. Obviously, to grow as a platform, LeoFinance needs to be marketed to people on different social media platforms like Facebook and Twitter. This is key for growth as the majority of those users have never heard of blogging to earn crypto. It's a tough thing to get someone's attention long enough to convince them to start blogging on a platform not widely well known like Hive, let alone LeoFinance. I do think that the Leo team is doing an excellent job with creating a presence on Twitter, Facebook, and even TikTok. The marketing is going to continually grow and get better outside of Hive. It might sound silly to even say it to some, but hear me out here. Marketing LeoFinance to the rest of the Hive users is also very important. 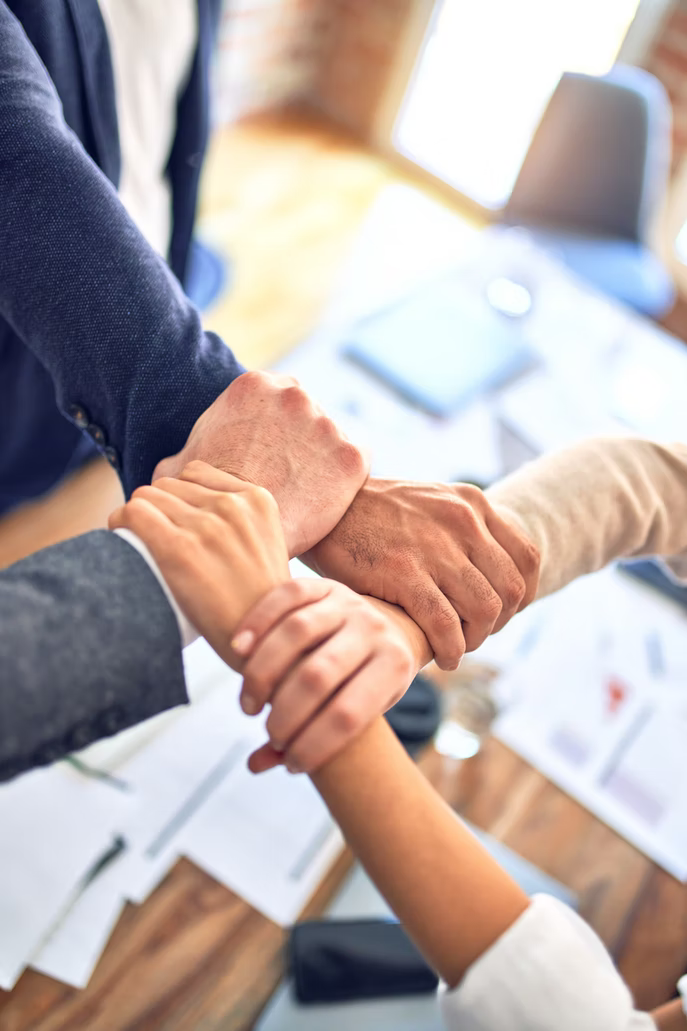 The Leo team obviously recognizes this as they've been doing an amazing job incentivizing people to write more about their platforms. They even started sharing the top LeoFinance posts right at the top of Hivestats. Hivestats is an incredible tool for Hive users to track their account and analytics. I highly recommend checking it out, but anyway... Back to my point here. Focus. There's so much opportunity being created by the Leo team with Cub Finance's new version launching soon and their bridge to BNB chain. In order for LeoFinance and everything in its ecosystem to grow, there needs to be more buzz all over Hive. The odds of an existing Hive user logging into LeoFinance for the first time is drastically higher than someone who has never blogged before. That's just human nature. People are skeptical and don't want to try new things. Especially if they have no experience blogging or doing anything with crypto. So my idea is to try and get people using ListNerds as an internal marketing tool for LeoFinance. 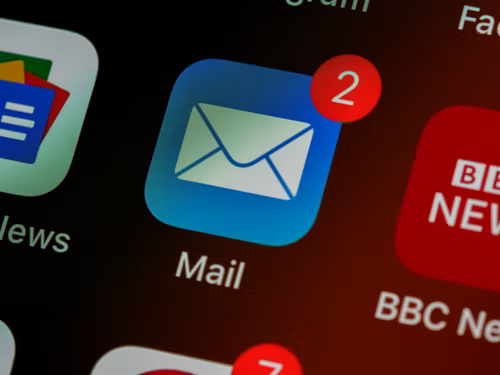 ListNerds is a blockchain based mailer on the Hive blockchain. Before it relaunched, I had never even considered using any kind of email marketing. In my mind it was just something I had never thought about. I didn't realize how powerful of a tool it really is when you have an organic mailing list. This is something that makes ListNerds powerful. Not only do the users need a Hive account, but they also get incentivized to open your mail. Crazy, right? ListNerds users are able to read marketing emails from Hive users that can be pretty much anything. If they choose to upvote or downvote that mail, they earn CTP tokens as well as MAIL tokens, which can be used to send their own mails. The more CTP your account has staked within ListNerds, the more CTP you can earn by voting on mails. Simple enough? Cool. Go to ListNerds now and sign up to get a free airdrop of LISTNERDS tokens. I've been using the platform since resurrection and I've personally only sent out 3 emails, none of which have been verified.. yet. But look at the click through rates! If you can manage to get 20 upvotes, your mail gets verified and you can earn some of that sweet, sweet LISTNERDS tokens so I've just gotta get better at this.

Clearly people are clicking on these mails. As I said, I've never done anything like this before so I'm proud of how many clicks they're getting. The ListNerds audience is also very small so as more people start using the platform, the larger your potential reach. My most recent one was about LeoFinance and despite only getting 14 clicks, that's 14 potential new users to the LeoFinance platform. Imagine in a Leo whale was to start sending out LeoFinance marketing mails. The more MAIL tokens you use to send the mail, the farther the reach as well. So I need to get better at writing these emails and theoretically I will be able to market LeoFinance more effectively. Because at the end of the day, the more users get into the LeoFinance ecosystem, the better it is for all of us. That's just one more user creating valuable content, voting, and potentially investing. So not only can you earn LISTNERDS and CTP by using ListNerds, but you can also earn LEO by posting from the LeoFinance frontend. This is all in addition to the HIVE and HBD you'll earn from blogging by default. So many ways to earn. So many opportunities.

Challenge: Send out at least 1 LeoFinance marketing mail via ListNerds.

If everyone on LeoFinance somehow saw this post and sent out at least one mail leading people back to LeoFinance, we could potentially see a ton of growth. I wish I had enough money to offer a prize, but I don't. If you have a WAX wallet and comment proof of sending a LeoFinance related mail via ListNerds, I'll drop you a random free NFT. Bonus points if you link back to this post in your post :)

Very nice! I was looking for ways to start using ListNerds and this looks like it's a good one!

Here's a place for you to start! Good luck with your MAIL. Don't forget to drop a screenshot for a free NFT!

Good information and I think I will be checking that too

I highly recommend it.

For sure mail marketing is still alive and ListNerds became a tool to spread the word in the crypto space. Being born on Hive blockchain it seems that people are using it to promote their own posts and communities, which simply builds up to a greater user base.

Yeah, at first I was a little skeptical but I think it's a great thing for Hive overall.

Done and done great way to send some traffic over to leofinance and make a little ad rev maybe. But also general awareness about using it as a front end or if you write about CUB, HiveStats.io etc also great ways to get exposure to those. I think Hivestats would be a big one right now. I know I love using it for all my hive stuff.

Oh yeah, I've been voting on your mails! Love to see it.

for some reason, I can't log in under my hive profile in ListNerds, I don't understand what the reason is. Who can help, please write.📢

You have to register first and then link the account.

As @yeckingo1 said, register for an account first then go to your profile and link Hive. Then you can log in with Hive Keychain.

that's exactly what I did , but I don't understand where to link the account

I have marketed Hive through my Facebook and YouTube, with video. I will continue to market it.

Always good to spread the knowledge.

the default "HIVE" link on Listnerds seems to be PEAKD. I have debated which link to use when making a Listnerds email, PEAKD, LEOFINANCE, HIVE etc

I prefer LeoFinance front end for a number of reasons. You also get a chance at getting a vote from the big leo.voter account if you post from the front end.

E-Mail marketing is important no matter who does it or the platform being used. The hard part is finding a targeted audience for those messages, and ListNerds solves that problem from the start thanks to its origins on Hive blockchain.

For anyone new to e-mail marketing-- and that may be many of us-- ListNerds is a great place to polish up on e-mail marketing skills before we apply them off-chain or back in Web 2.0. Earning CTP and MAIL and LISTNERDS plus LEO and HIVE and HBD helps, too!

I agree! Maybe I can learn the way and take it off chain.

Thanks so much for using ListNerds to promote this post and your endeavor!

I think you captured it, we wanted people that may have never used these kind of platforms to find a use case for it.

We have always really disliked traditional affiliate marketing, just never really rubbed us the right way....So we hope ListNerds is our little 'addition' that everyone can benefit from...

Including the amazing Leo community :)

Thanks for building such a cool platform.

I found this post through listnerds. I already knew about the LEO Finance frontend, but I don't typically write about financial stuff. Would you consider it to be exploitative to write about say robotics or human augmentation on the LEO frontend?

No, absolutely not! I write about technology stuff all the time. Leo is a very welcoming community and as I stated, you qualify for curation by @leo.voter which as like 2 million HP.