This kinda came out of nowhere to be honest. I've been a little bit disconnected since I've been spending some time in my home town. The internet here is almost non-existent and the cell phone service is just as bad. It's nice to come home and disconnect a little bit every now and then. Either way - I'm always on Hive. Whether it be hanging out on LeoFinance, Proof of Brain, or Verify Your Brain. 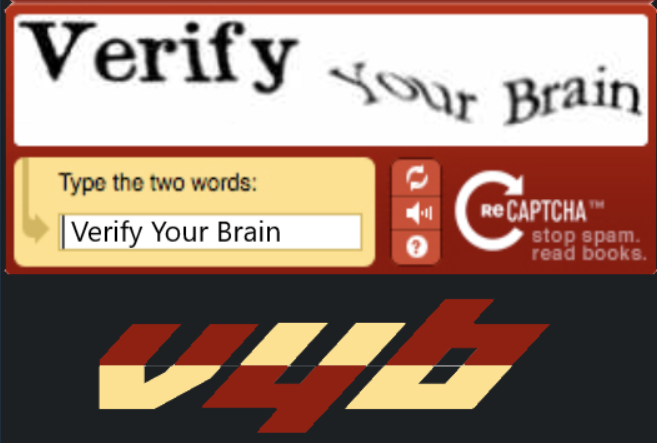 I've been hyped about the VYB community since the first time I read about it. I've always liked the Proof of Brain community, and this community just makes POB a little better. I was one of about 50 Hive users that received an invite as you can see in the invitation announcement. I had completely forgotten that I had read the criteria in the Governance Announcement post yesterday. The criteria for being eligible to accept a position were:

So, what does this mean? Well, in terms of my content and shit... Not much. I'm still the same old NiftyPhill and I'm gunna keep doing my thing. This is just me taking part in the governance of the VYB community. I feel honored to have the opportunity to be a part of this, and I can't wait to help steer this community in the right direction. By right direction, I mean the direction that the people want. By the people with brains, for the people with brains.

Members of the VSB will serve as advisors to the VMY (VYB Management Team) and will have the sole decision-making authority for the VYB Project Fund. We will also be advising the VYB Anti-Abuse Team on any 'gray areas' that may arise in regard to account-level muting. Damn! I can't believe that I'm going to be a part of this. This is the way. We haven't been given the full details on what else the VYB Project Fund will be used for, but I assume different community contests and initiatives.

Like any other governance system, proposals can be submitted and voted on by the VSB members. We will essentially be the voice of the community when it comes to governances. I love the idea of being the voice of the people. Without community we have nothing. Without community, we have no Hive. That's really all the details that are available at the moment. Once the 7 day period to accept or decline passes, we will be invited to a private Discord and then the fun begins.

My goal in accepting this role is simple. I want to help the voice of the community be heard. I am your messenger. That is my commitment. I am with you. Thank you to the VYB team for the opportunity.

It feel soo good that many of people I know are becoming a part of governance. I wish I can also join splinterlands governance specially about spt front-end. I wanna burn some spt by use-cases.

New year really bring a lot of new opportunities on hive too :)

Absolutely. It's the year of Hive.

Congrats my man. Now I have to stack VYB as well... This Hive hustle thing is hard.

Thanks buddy! It's definitely a grind.

We haven't been given the full details on what else the VYB Project Fund will be used for, but I assume different community contests and initiatives.

Dropping a quick one here to answer this specifically!

The VYB Project Fund was envisioned as a sponsorship styled fund initially which would provide the startup boost for various projects in the VYB tribe. For instance.. Billy Bob wants to create a web application that will show curation data easily for all of the VYB taggers, he needs some help to get it rolling but doesn't know where to turn. He could make a proposal and present it for the VYB Project Fund and then the VSB can discuss and decide on the way forward to help support him.

Contests on VYB (and cross-tribe, cross-layer) will be supported by @vyb.contests, although it's not yet been fully ironed out. The initial plan was to match prize pool funds (ie. winners receive 30 VYB from a contest, vyb.contests matches that with 30 VYB) so that participants can earn a little more for their efforts.

I'll be managing this and will likely tie it in with @vyb.earn. Once the curation project is stable and we have the reward pool up to full speed I'll likely rally people to create some more engaging and fun contests to get the VYB poppin'. Always looking for assistance too.

Loving your enthusiasm and levelled opinion about the VSB and VYB governance. It's a fairly big responsibility but it's something that we want people to enjoy being part of, not feel obligated or pressured into doing.

Hope you're having a great day buddy!

So, what does this mean? Well, in terms of my content and shit... Not much. I'm still the same old NiftyPhill and I'm gunna keep doing my thing.

This bit is spot on. I feel the same way. I've got my serious dressed and pressed (more like suit jacket and shorts) persona, and I've got my walk around the house with nothing but my boots on persona. Same Cal, different vibes.

That's so awesome! Thanks for the details on the fund. Excited to be a part of it. I want to help in any way I can. In terms of personal - I've devolved into just one. Me. No filter. Lol.

Thanks! I feel like I get deeper into Hive every day lol