Will Crypto Regulations Help The Industry?

Most of us are aware that regulation by governments is against the tenents of cryptocurrency. Nowhere in Satoshi's white paper did he mentioned establishing a system that would meet the approval of any governments. In fact, he set out to build something that was completely outside the control of governments or the banks.

Did he accomplish that?

When it comes to Bitcoin, a case could be made that is true. Bitcoin is at the point where no single entity control it. At the same time, we can also state it is unlikely to be shut down. There is ample evidence that the node distribution is such that the blockchain will not stop. It is a network that will just keep going.

The same is not true for the rest of cryptocurrency. Here we see, contrary to the talking point, a massive amount of centralization. Whether it is due to token distribution, Venture Capital funding, or being backed by a company that has an attack vector, most of the industry will have to fall in line.

There is simply no way around this. If there is a door to knock on, governments will show up. That is the situation with cryptocurrency. 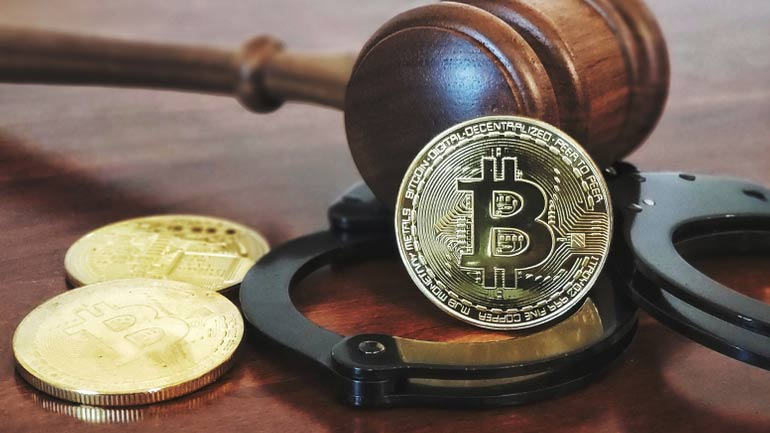 There are a number of reasons for this. To start, those who can comply, i.e. have the resources, can use this to protect themselves from starts up. This is why incumbents tend to want regulation as soon as "they made theirs".

Another benefit is clarity. It is true that, depending upon the industry, many companies do not adhere to regulation. The difference is that, with clarity, they can determine what they want to follow as compared to ignore.

When you operate in the Fortune 500, this is nothing more than a risk analysis. To them, how much is the penalty going to be for non-compliance? If they can make more money by ignoring the regulations, they will do that. Fines are nothing more than a cost of doing business.

This is the life if the largest banks. It is why they run up hundreds of billions in fines. Whatever they paid, you can bet the ranch they put at least that much in their pockets.

Even if a company is not approaching things from this perspective, it will want clarity before encroaching upon something new. This is the rhetoric we hear throughout the industry.

If regulation is somewhat sensible, we will likely see some big players enter. We know a lot of the banks are setting up custodial services. This means those with huge AUM numbers are going to be willing to direct some of those resources into cryptocurrency.

With big money comes a lot of attention. We know there is a lot of infrastructure going in place. Will this translate to a massive explosion in the use of Web 3.0 and other aspects of advancement that are being presented by blockchain.

The thing about these entities (individuals) is they like big returns. This means that decentralized finance (DeFi) could hold great appeal to them. With payouts that far exceed US Treasuries, it would not be surprising if many jumped in seeking to gain outsized returns.

We know the Old Guard is opposed to regulation. This might be a moot point if people who are involved with Hive keep pushing things forward. So far the industry has overlooked the idea of decentralized and distributed. Outside of Bitcoin, it is hard to find anything that meets this criteria.

Fortunately, Hive does, at least to a much greater degree than anything else that is out there. For this reason, we might see the potential to build layer 2 solutions that could appease those who are not interested in regulation. Once truly decentralized, it gets very difficult to make anyone comply.

It is likely we see two systems running side by side. There will be that which is regulated, that attracts the larger players. At the same time, there will be infrastructure which satisfies the tenets of cryptocurrency and offers alternatives.

All of this seems to be in the making right now.