Welcome to the weekly edition of the LeoFinance stats report.
This is a weekly report covering August 8 through August 15, 2021. 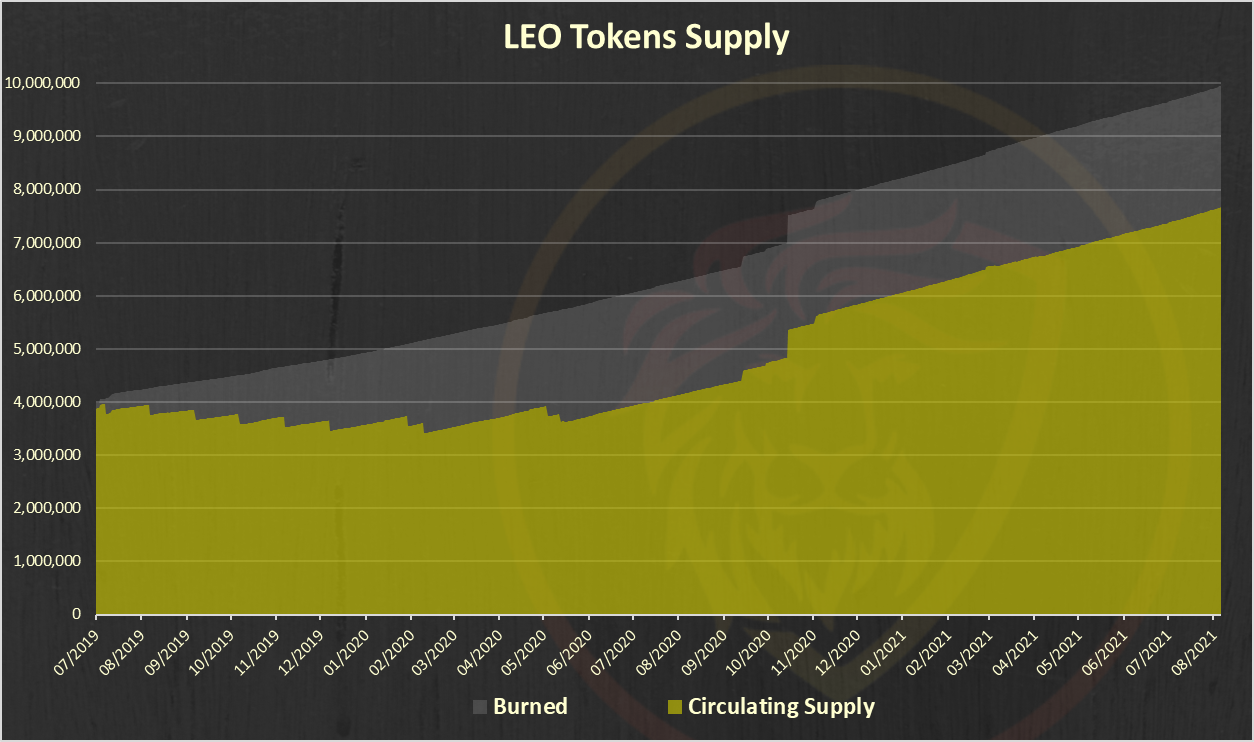 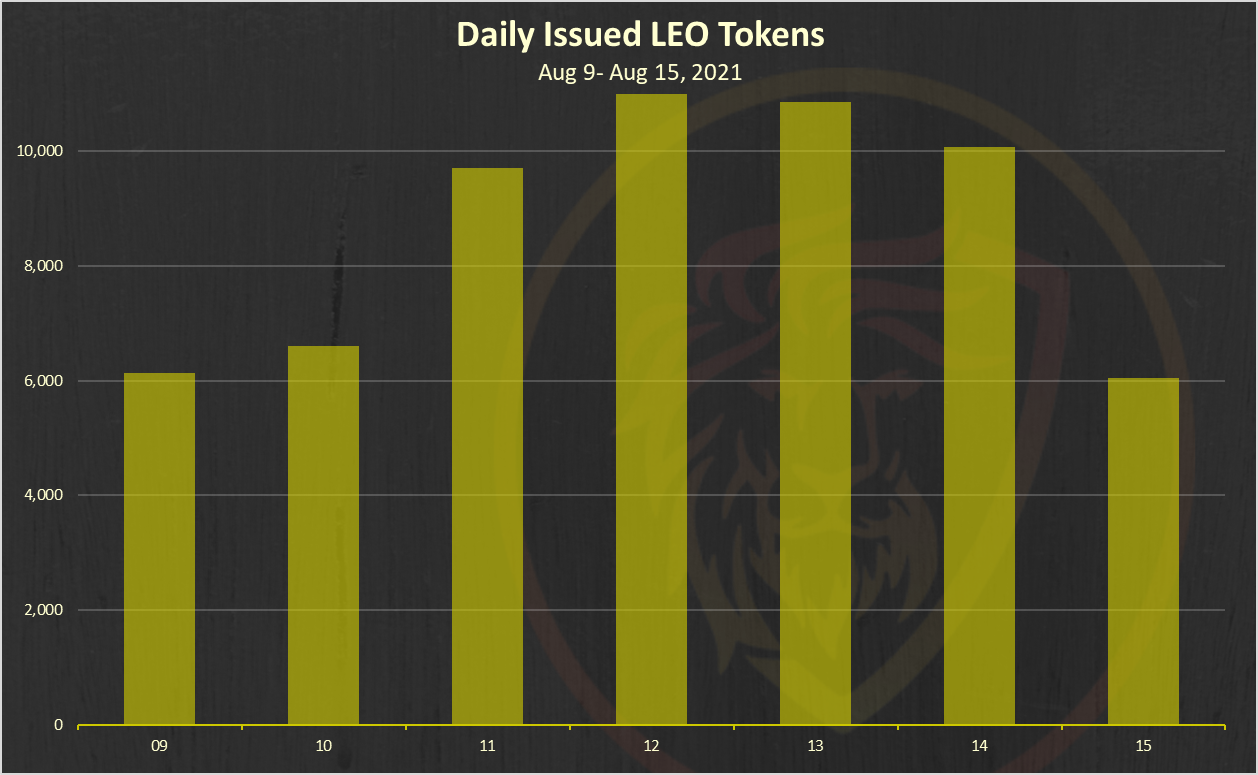 A total of 61k LEO were issued in the last week. 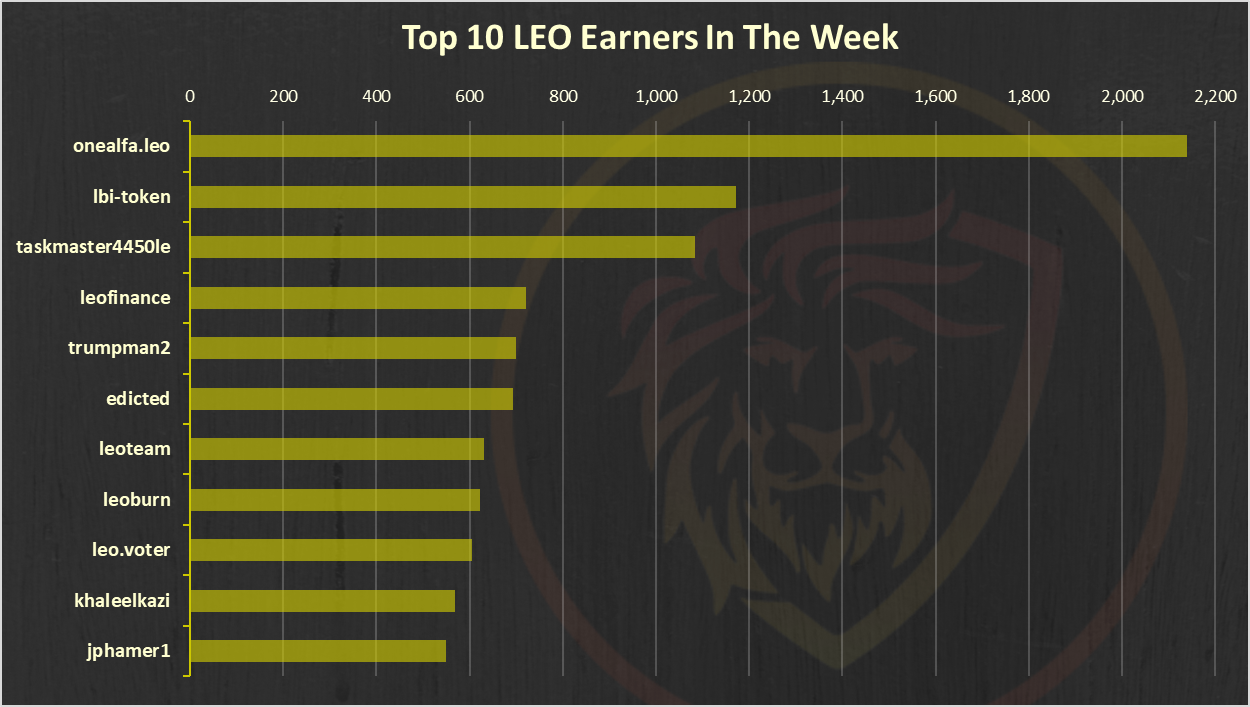 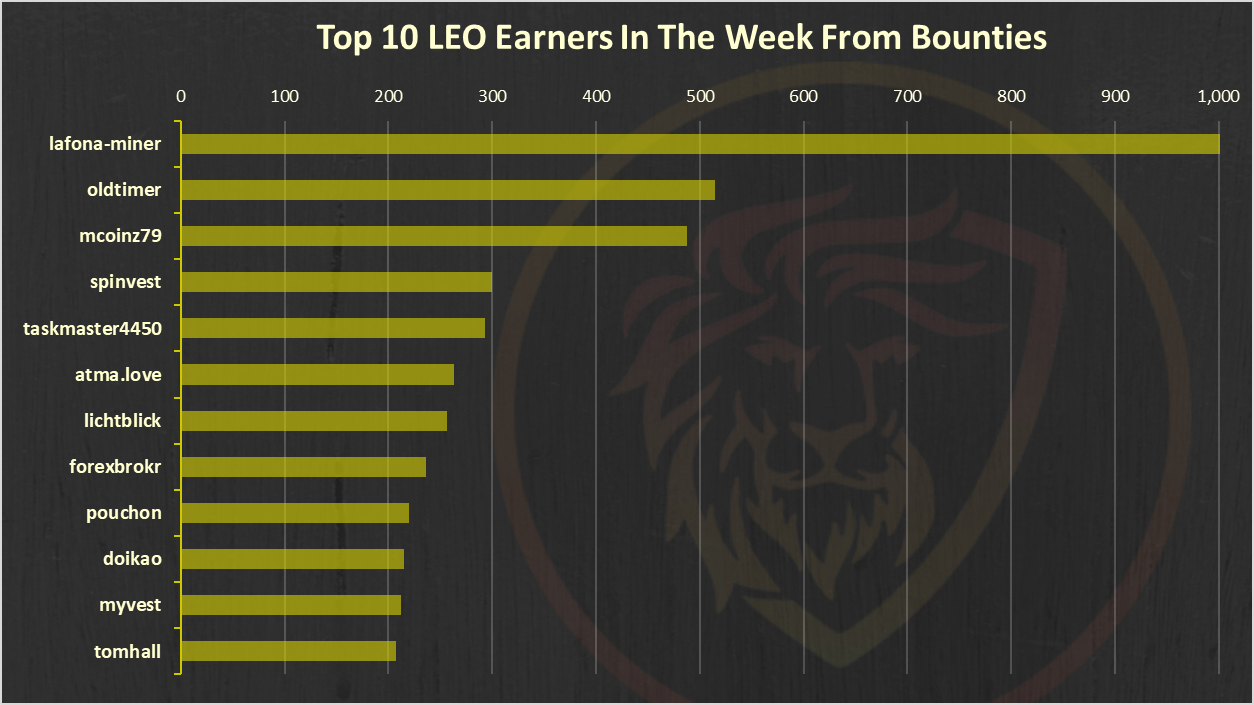 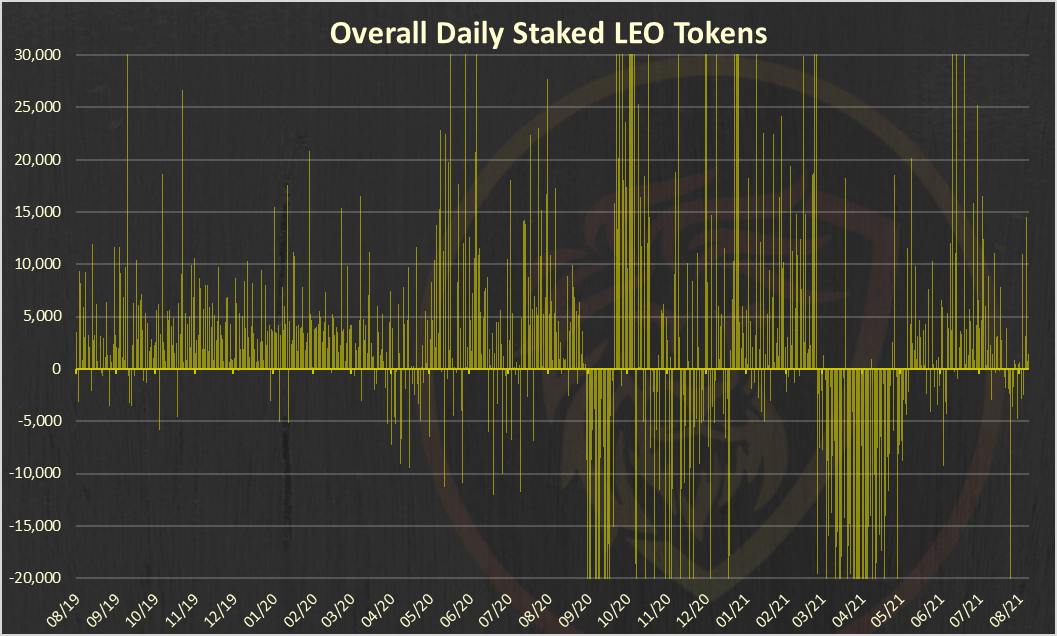 We have some unstaking in the last week. 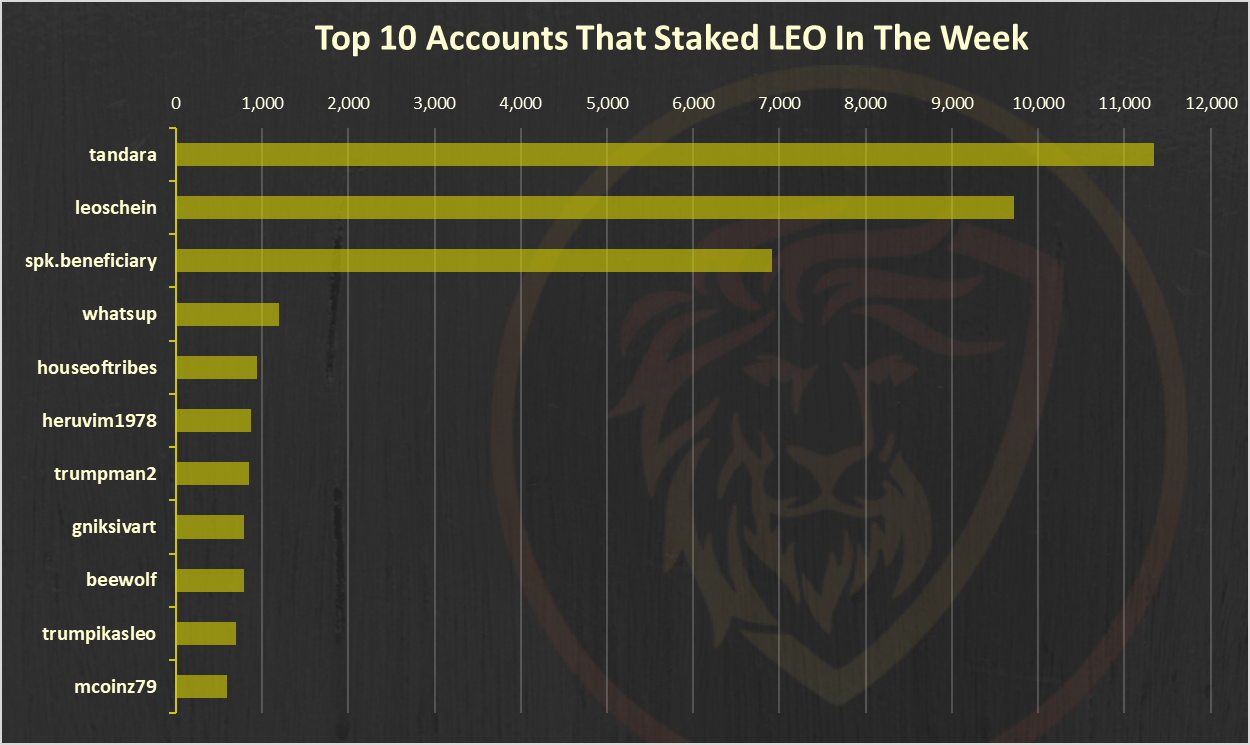 The @tandara account is on the top here with more than 11k staked in the last week! 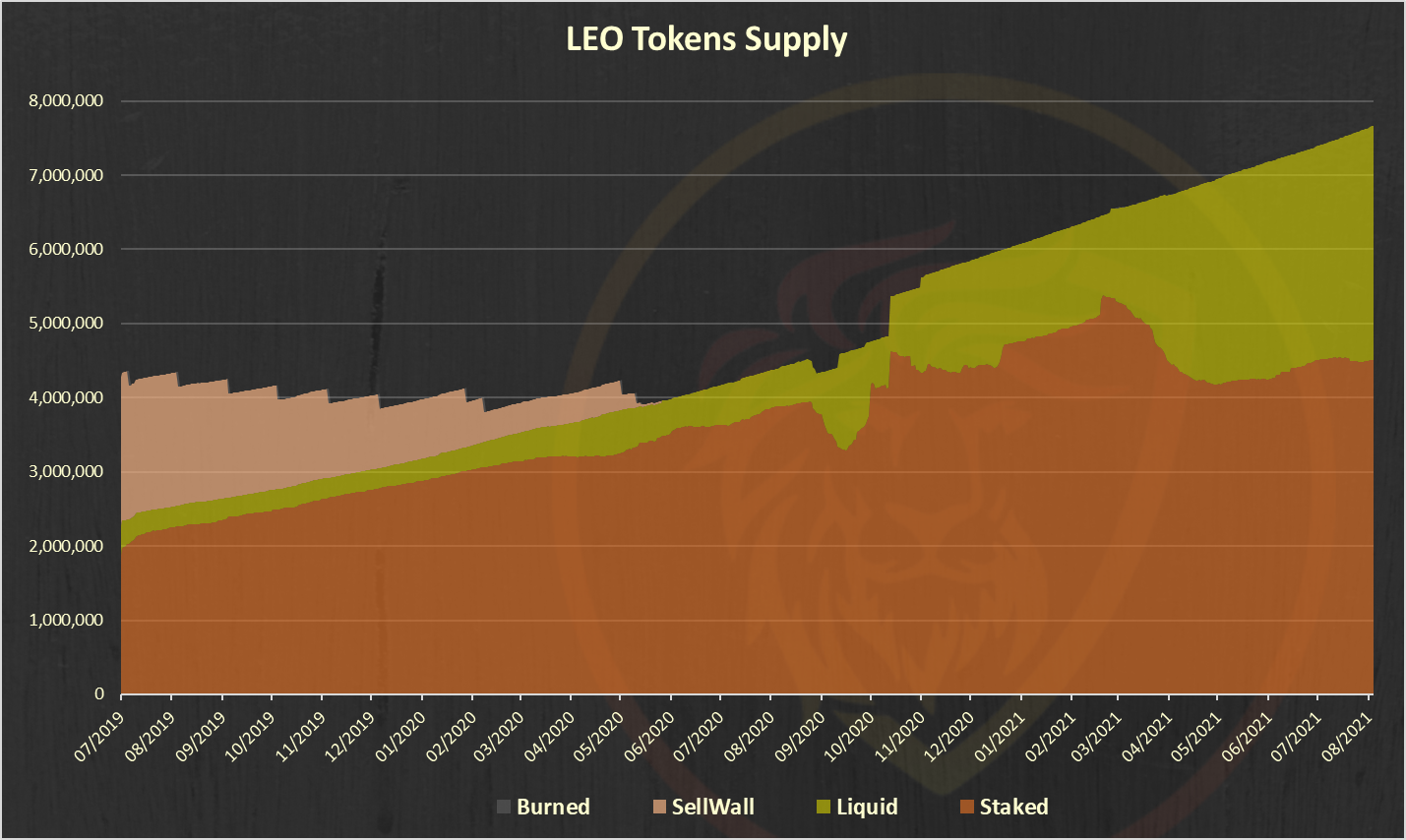 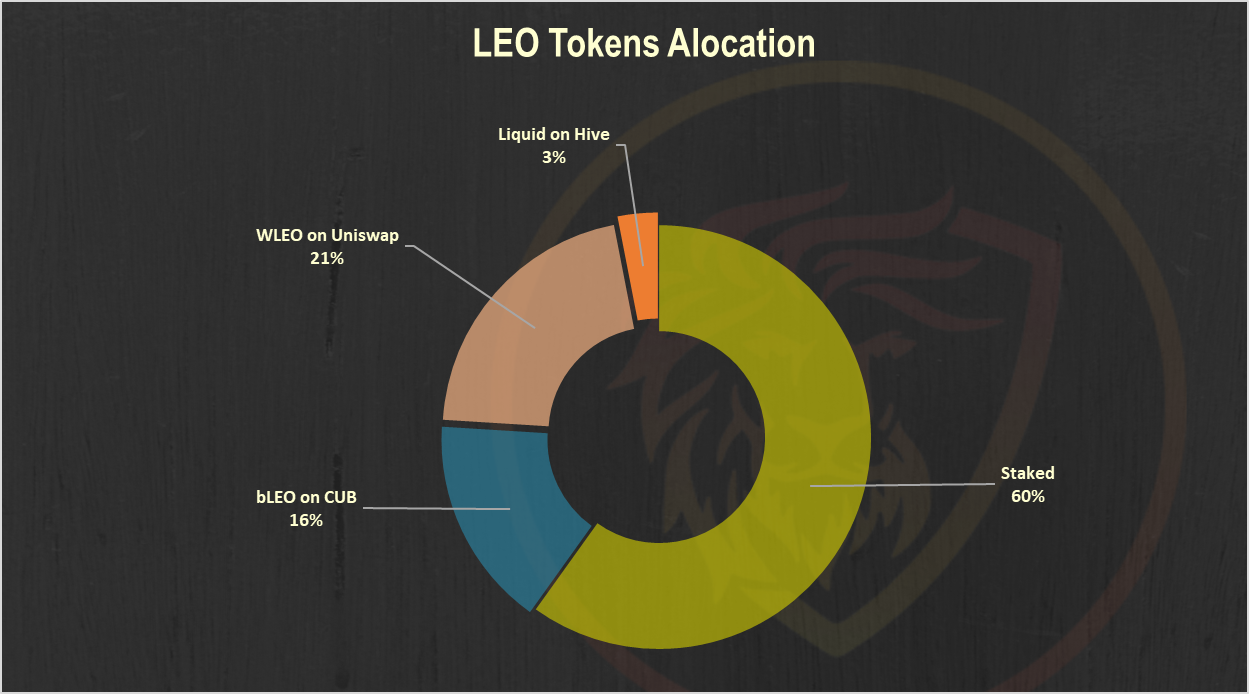 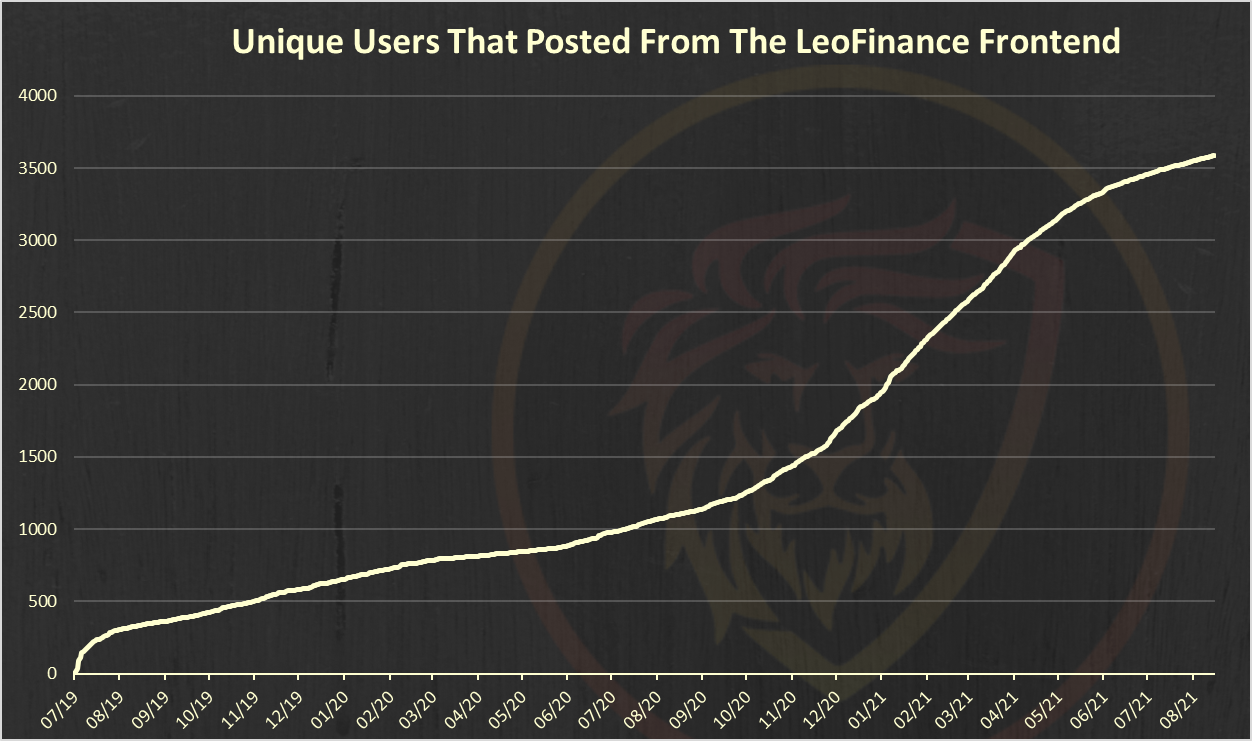 Around 3600 unique accounts have posted from the LeoFinance interface. 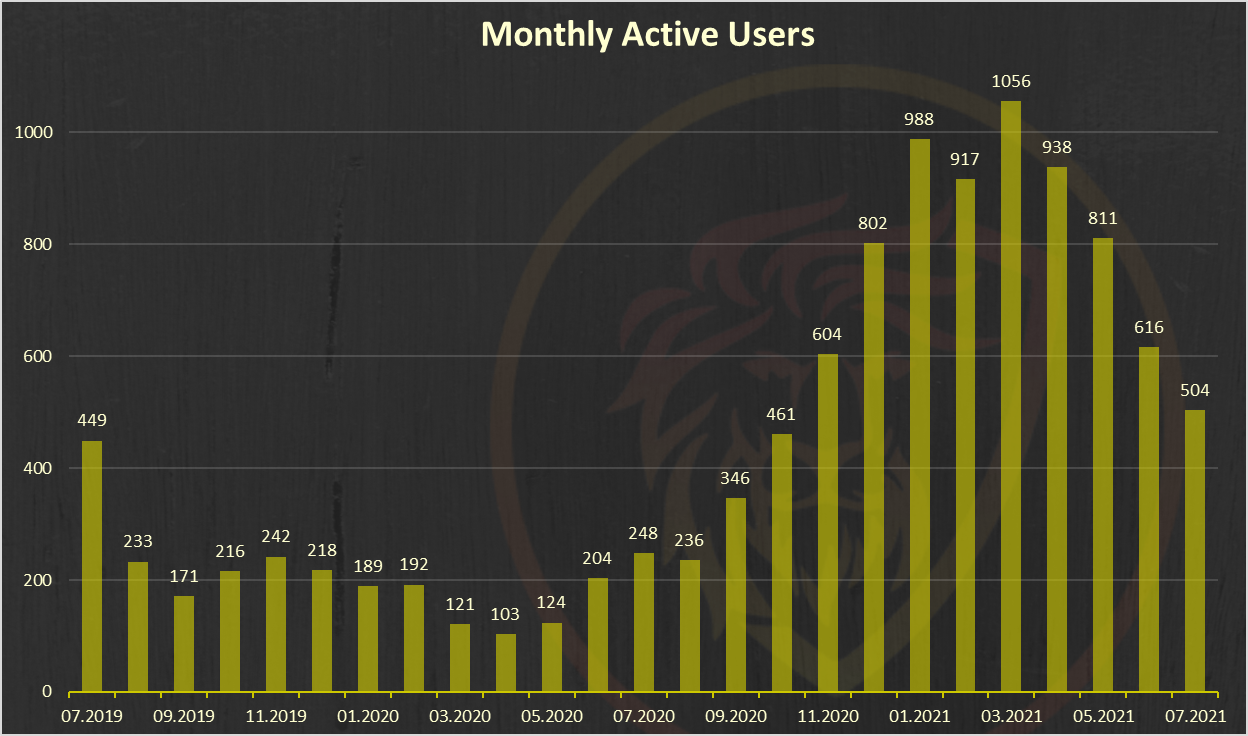 After the ATH with 1k MAUs in in the last months we have seen a drop to 600 and now to around 500 MAUs in July. 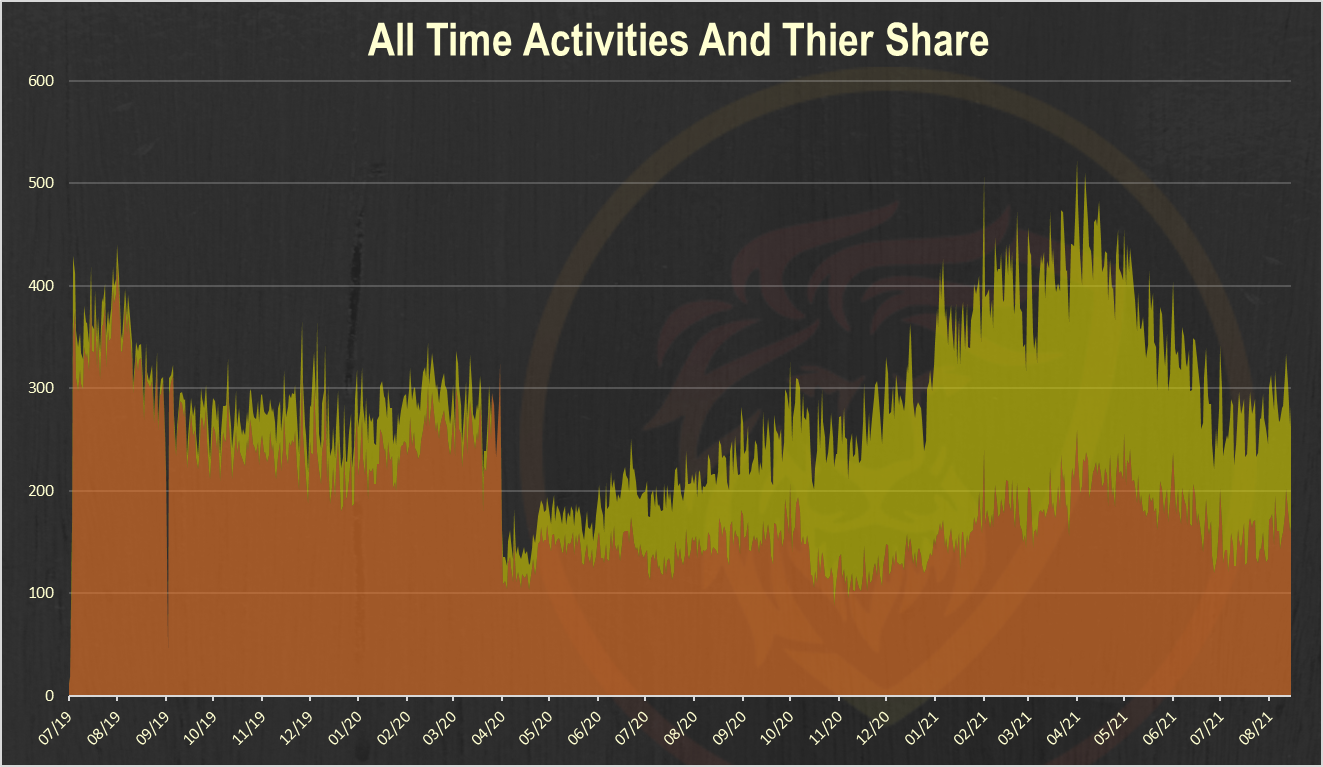 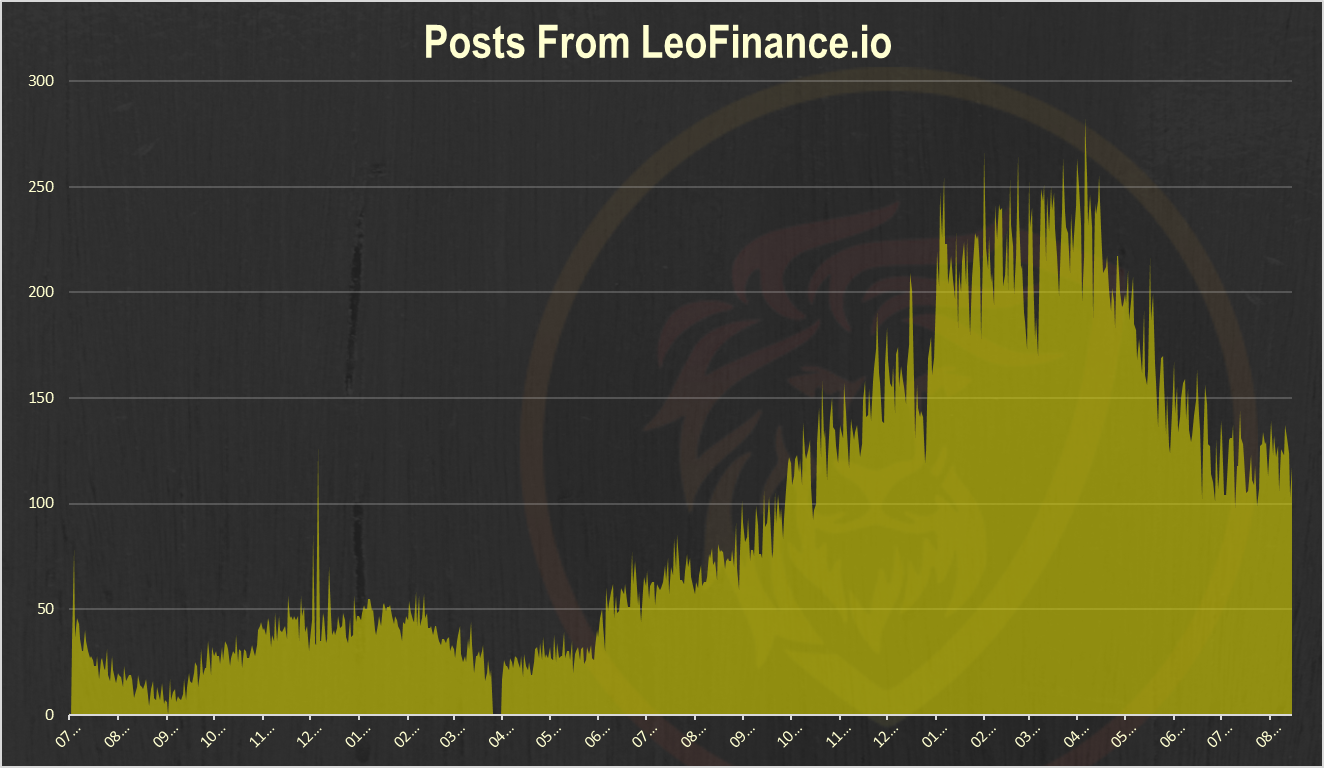 A drop in activity in the last period. Usually there is more activities at the stary of the week, Monday, Tuesday and less for the weekend, especially Sunday. 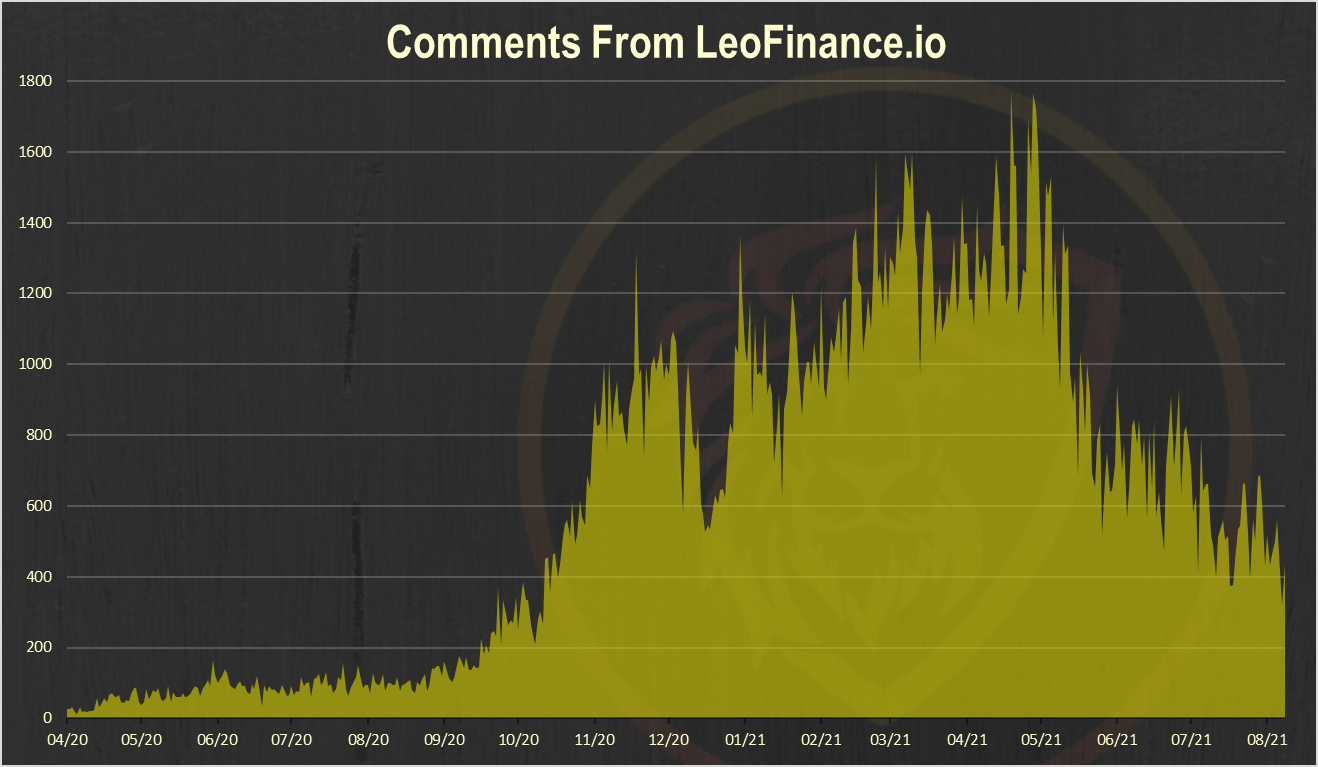 A total of 3.1k comments in the previous week. 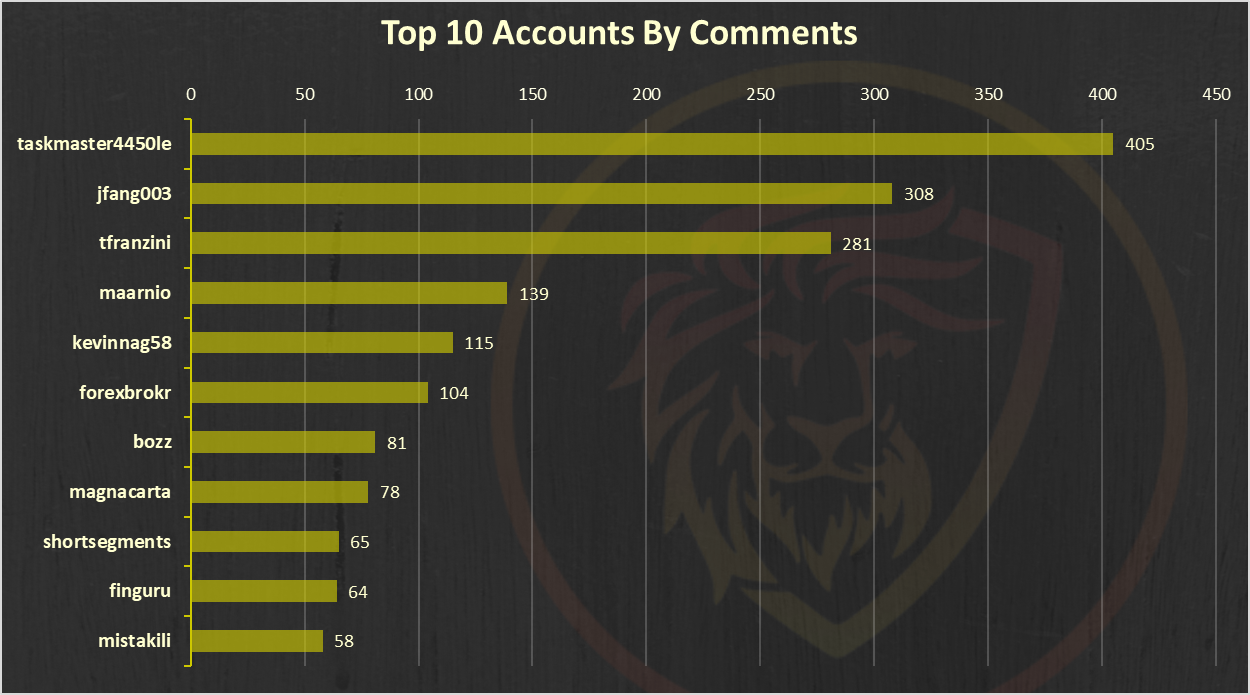 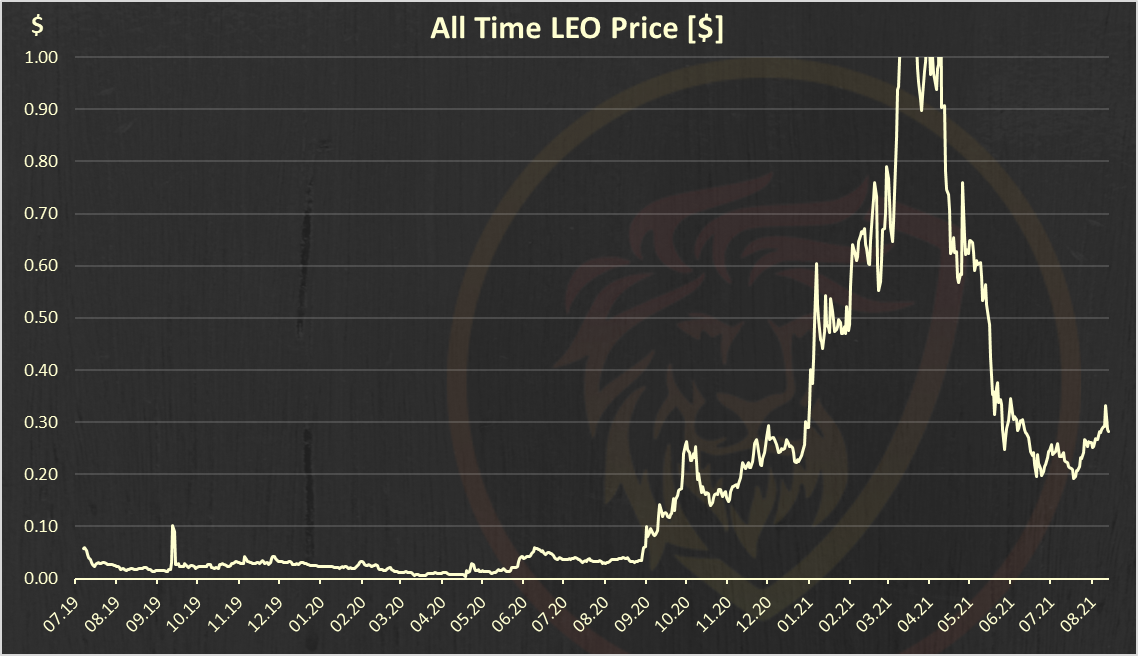 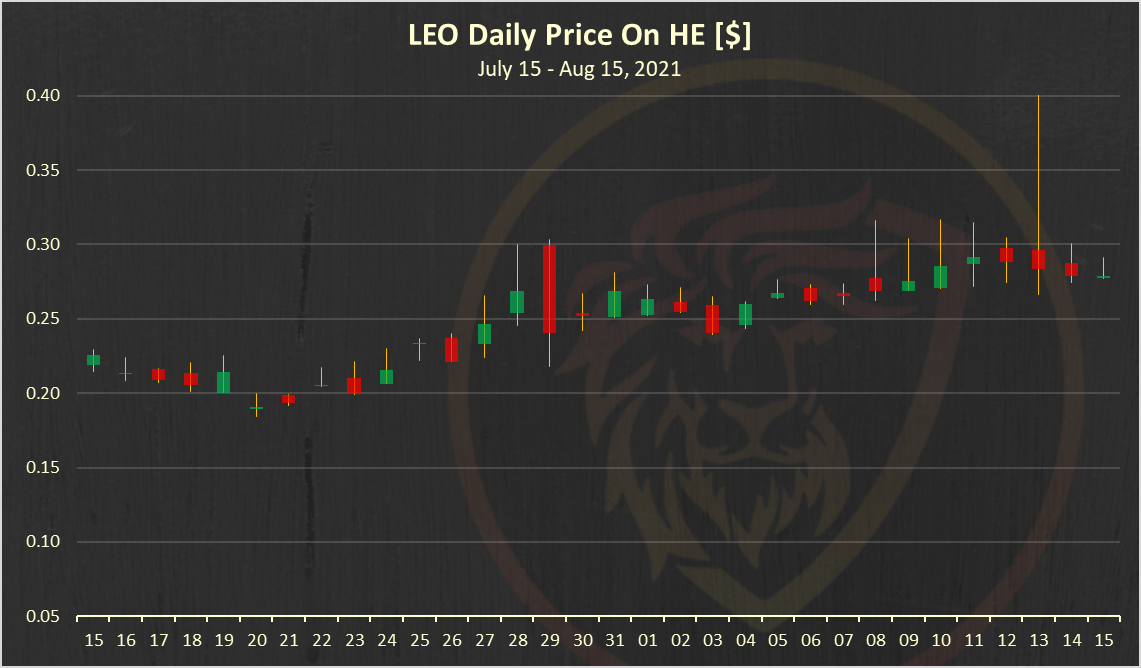 After a long time stacked in the 0.20 to 0.25 range the LEO token has seen some small increase in the price.