Newbie should know this about Doge coin! 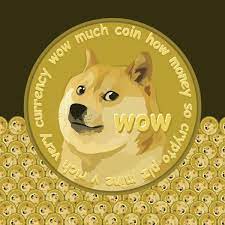 Recently, the price of DOGECOIN (DOGE) has skyrocketed. Last year, the price of this coin was $ 0.003 , in January 2021, the price per dodge was $ 0.009 . Which was a high of around $0.80 a few days ago, which has increased more than 60x times since January. The main reason behind such a massive increase is that Elon Musk has recently tweeted a lot about Doge Coins and said that he bought Doge Coins a few days ago. Since then its price has been rising which is why many new investors are thinking of investing in this coin. Most investors are brand new now that they don't know how to buy doge coins, where to store them safely. Today's article is written considering those aspects. Hopefully this will be helpful for newcomers.

What is Doge coin?

Doge coin is a cryptocurrency that transacts much faster than Bitcoin and the fees for Doge coin transactions are much lower. However, its supply is not as specific as Bitcoin. The supply of doge coins is increasing by 10,000 doges every minute. In 2013, Billy Marcus and Jackson Palmer created the coin in a very funny way. Doge coin's logo Shiva In is very popular because it is the mime of the dog because Shiva Inu's face was very popular on the internet. The cryptocurrency is currently ranked 4th in the cryptocurrency market cap with a market cap of 60 billion.

How to buy Doge coin?

Open your account by going to Binance or Kucoin. Then verify your account with the required information. These two exchanges have p2p transaction system which is much more secure. You can buy any stable coin or BTC using this p2p system. Most of the time there is a dollar rate available according to your country currency or less. Then you can easily buy Doge coin, there is a facility to buy Doge coin in both the exchanges.

Where to store doge coins?

If you are thinking that you have been investing in these coins for a long time, then you must think about which wallet or where these coins can be kept so that there is no fear of losing or being hacked. Therefore, I would say first of all, get rid of the idea of ​​keeping it in a centralized wallet, put in balance. This is an exchange and it is not safe to keep coins here for long. You need to store coins in a decentralized wallet.

First of all I would suggest a hardware wallet. Such as- Laser, Treasure, SafePal. These are hardware wallets and the chances of being hacked are very low if you know how to use them properly. However, these wallets have to be purchased.., it is seen that there are many difficulties in importing.
However, if you want, you can use paper wallet as an alternative, but you must keep in mind that you have to generate paper wallet offline.
The simple solution is to use Doge coin's core wallet. Those who have a computer can use Doge coin Core Wallet. And for those who have an Android phone, they can use the official Android wallet.

Is it possible to invest in Doge coin now?

This is my personal opinion. Certainly not financial advice.
Doge coin prices have risen 70 times since January this year alone. Although many people say that Doge coin will be 1 dollar, it is very unlikely. Because the supply of doge is much more, its supply is infinite. If Elon Musk hadn't done the shilling, we probably wouldn't have seen the $ 0.05 price. Whatever he is, he is now an altruist. Maybe or temporarily the price may go up more but if anyone is thinking of investing in Doge coin for a long time now, I would say this is the wrong decision. Altseason is now coming to an end. If the altseason ends, the price of all coins, including doge coins, will continue to fall sharply. Some profits can be made by investing for a short time, but now it is very risky to take a position in Dogecoin. This is my personal opinion, my ideas may be wrong.

What do you think of the community behind Dogecoin? I personally think that the community is the backbone for Dogecoin‘a rise and more reason why it will keep pumping

what i can say is everything run into fomo and elon musk doing everything .. you never can imagine meme coin can be like this and investor will regret later

Congratulations @limbo2013! You have completed the following achievement on the Hive blockchain and have been rewarded with new badge(s) :