Tesla will not accept any bitcoin for sell tesla!! 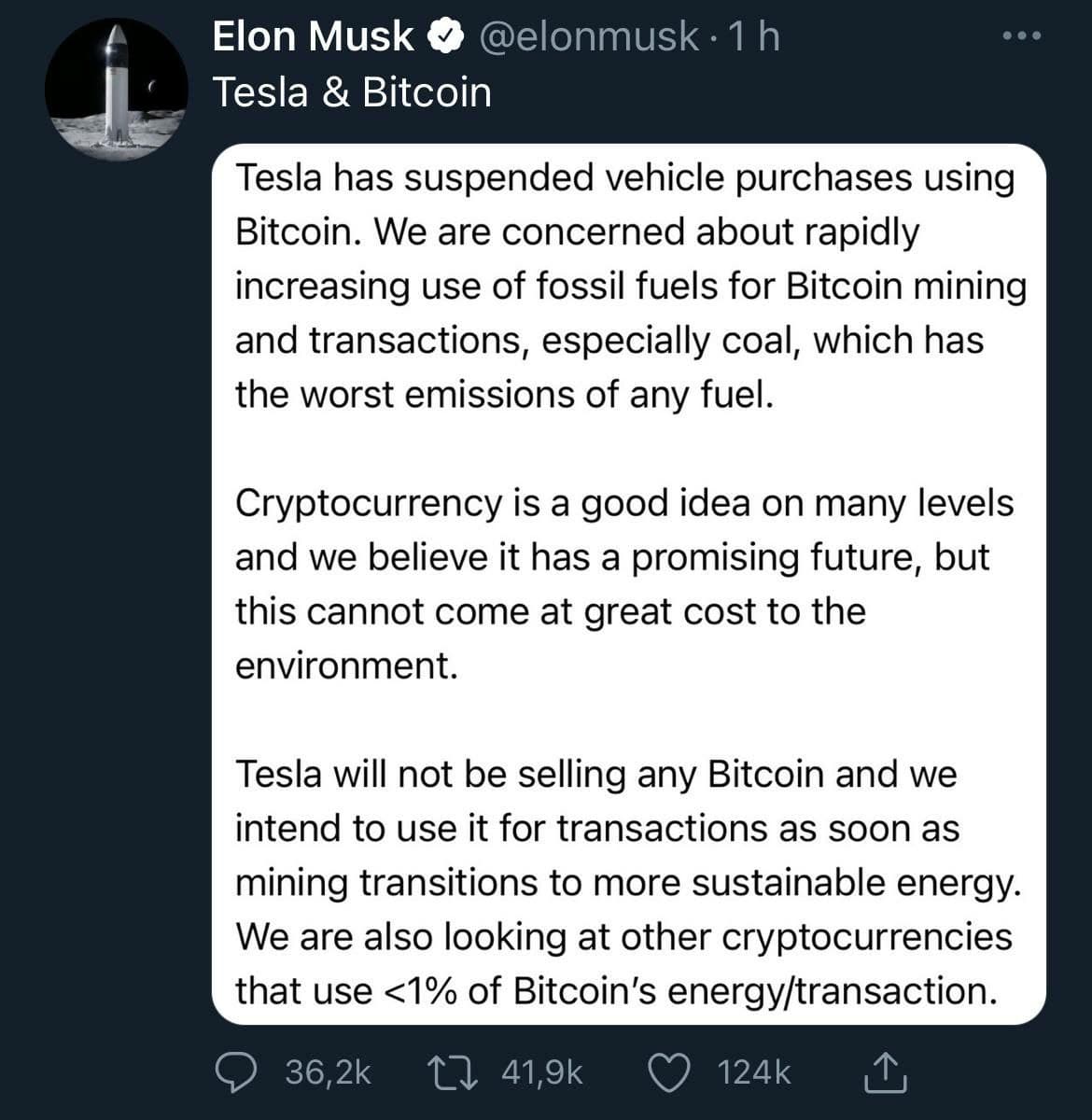 This morning, Elon Musk tweeted that Tesla will no longer accept Bitcoin. In March 2021, Elon Musk announced that people would be able to buy Tesla with

Bitcoin. Shortly afterwards, Tesla announced that it would store all bitcoins from Tesla's car sales without changing Tesla's cache.

With this tweet from Elon Musk, the price of Bitcoin has started falling, which has come down to around $49,000 and is currently recovering at $50,000. As a result, the price of almost all altcoins has dropped, leaving the market capitalization down by about 16%, to a total of 2.06 trillion.

Elon wants to accept more memecoins instead of btc