I know that some of you are big #lego #starwars fans, therefore, here we are with the awesome LEGO Star Wars - Snowtrooper Battle Pack 75320

We, the older and the young jedi, were very happy to film this quick build of this lego set.

We've created as well an intro for this video, as you'll might see, with our own #diorama and the snowtroopers guarding the gates of that awesome portal, where a third snowtrooper will appear on a land bike speeder to invite to subscribe to our channel.

We've created this awesome #photo with the well known name that invaded already the entire internet and especially the youtube section, and, i guess everyone knows it. "Subscribe" :) 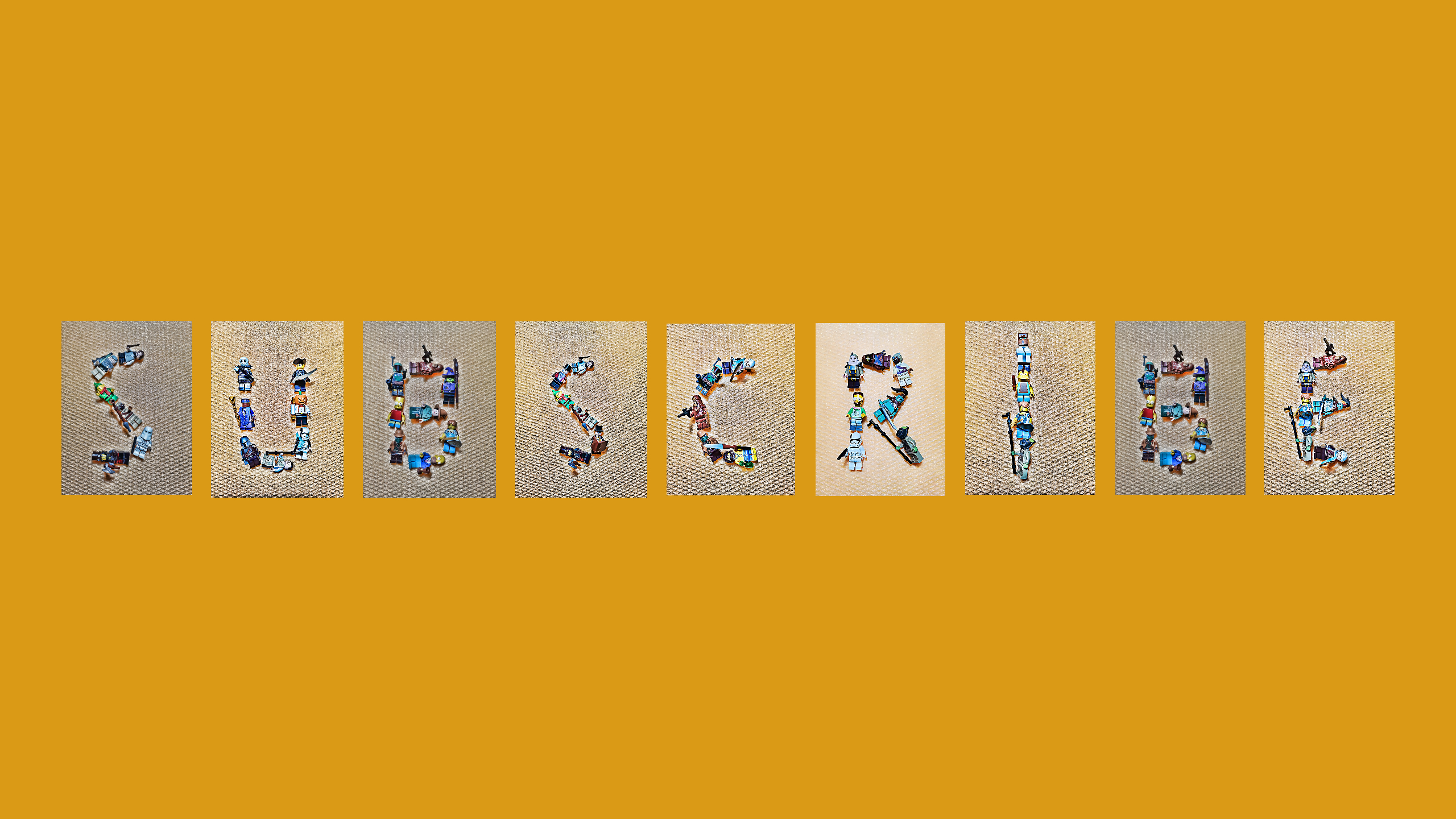 A simple letter created with the help of our lego minifigures, would look like this: Hope you'll enjoy our video and you'll subscribe to our channel as well.

I think that now with the Mandalorian, Boba Fett and Obi-Wan Kenobi series, the focus will be for some other sets as well ... but still, we do hope that that there will be more sets with Tusken Raiders as well. You can watch our video related to the awesome Tusken Raiders and enjoy as well our #soundtrack here:

I do hope there are some #starwars fans out there, who would like our latest #video content we've just created :)

It's a video that somehow shows a quick build of this awesome #lego set:

LEGO Star Wars 75310 - DUEL ON MANDALORE
We, the jedis :) have created as well a quick #stopmotion video at the end of this episode in which you'll see Ahsoka Tano in a duel with Darth Maul ... actually it's not a duel ... it's much more as lightsaber training.

I guess lots of people have seen the latest series of the Mandalorian :)

I guess that all of you knows Ahsoka Tano. She was a Force-sensitive Togruta female, which was a former Jedi Padawan, who, after the well known Clone Wars, helped to establish a network of various rebel cells against the Galactic Empire.

Ahsoka Tano was discovered on her homeworld of Shili by the very well known, Jedi Master Plo Koon, who brought her to the Jedi Temple on Coruscant to receive the secret Jedi training.

I think she made a perfect match with Mandalorian in the latest series created recently.

We've decided to discover as well lego sets that have been retired already and to create videos with them, through quick build episodes or simply to create our own #starwars #scifi stories.

Like for instance this lego episode with the title:

Here's also a #photo we took with this awesome lego set. Don't hesitate to visit our channel and enjoy our videos.