Good friends of hive and @fulldeportes, this time I come to give you a brief analysis of what leaves us the controversial draw for the round of 16 of the UEFA Champions League that took place this Monday, December 13, 2021 in Nyon, Switzerland, headquarters of UEFA. 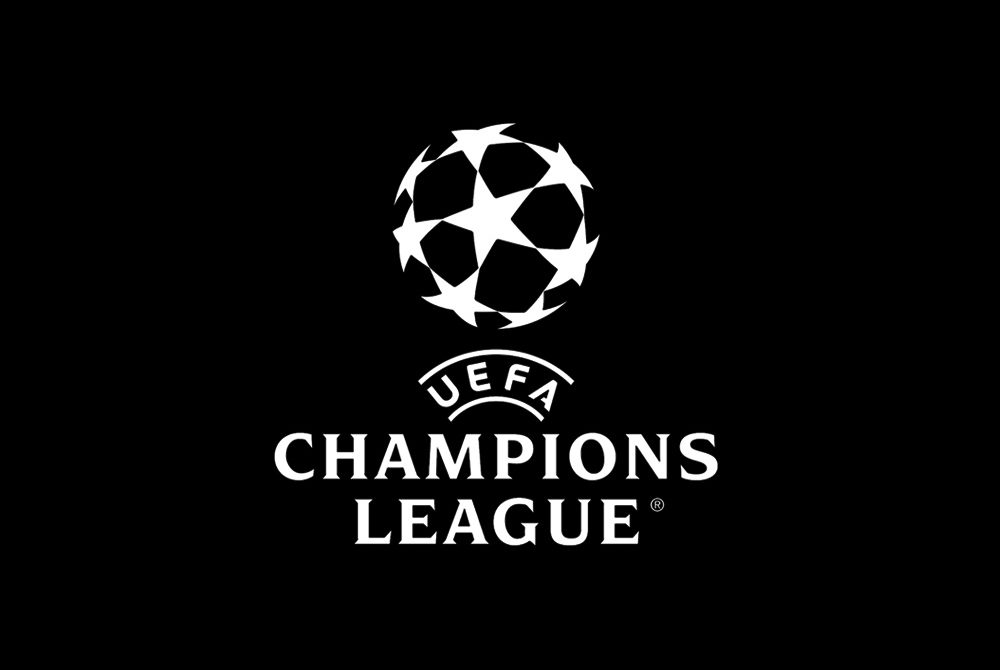 This draw will go down in history because of the problem that occurred when drawing the balls for the crossings, it seems that the problem was due to a technician with the software of external services that contributes to the referees about which teams are eligible, because of this the draw already made had to be repeated to the detriment of some teams, Manchester United faced PSG; this duel was going to be the attraction of the round of 16, as Messi and Cristiano met again, while Atletico Madrid would face Bayern Munich, a very tough match for both teams due to their style of play.

In the first instance, Ancelotti's team was drawn against Benfica and looked comfortable in the series, Liverpool was super favorite against Red Bull Salzburg. The draw had smiled on them, Inter Milan vs Ajax, I think this was the most even of all, then Chelsea vs Lille Olympique Sporting Club, the current champion, with high chances of going through and finally Villarreal vs Manchester City, in my point of view the yellow submarine had an uphill struggle. 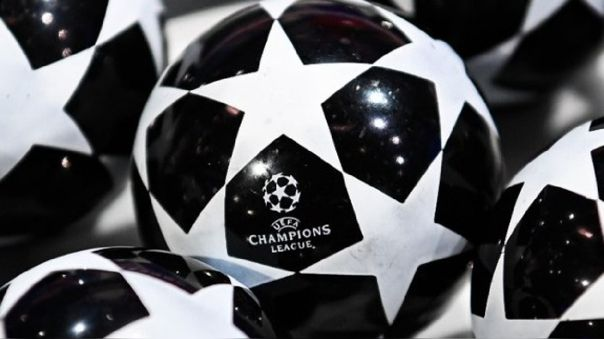 At 15:00 hours the draw was repeated. Some were fine, others complained, but in the end they would redraw the duels where some teams were disadvantaged and were no longer as comfortable as at the beginning as Liverpool, Real Madrid, Inter Milan, and others, being in a more comfortable position as Bayern Munich, Ajax, Chelsea and Manchester City, which remained the same. Atletico Madrid and Real Madrid have put their claim to UEFA, in my opinion it should be repeated to avoid speculation about the foul committed was the best decision. 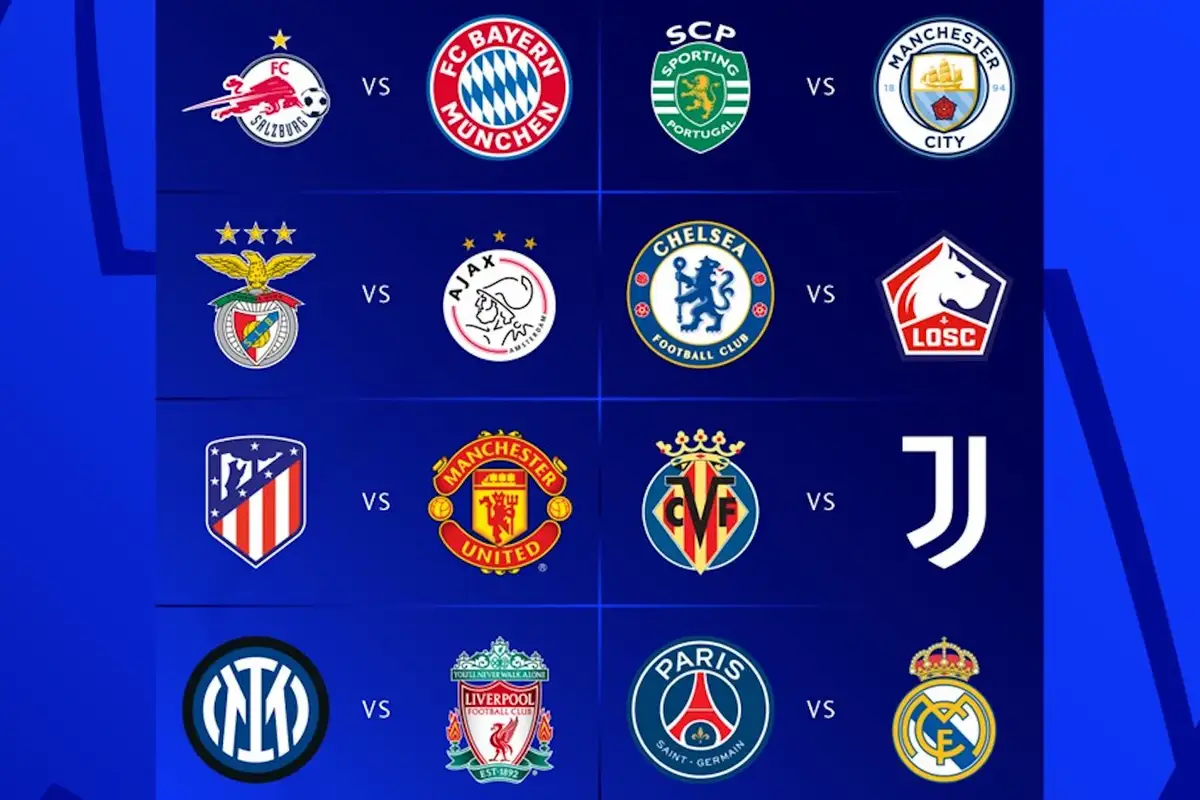 The first match and one of the most attractive is the Merengue team that was disadvantaged in repeating the draw, from facing Benfica to face one of the strongest teams in Europe, currently PSG, which will be played on February 15, 2022 and the return on March 9, the team of Messi, Neymar and Kylian Mbappé seek revenge for the last time they faced each other in the Champions League round of 16, where the Parisian team fell 5-2 to the King of Cups.

On the same day, Sporting Lisbon faces Manchester City, I think Sporting has a hard time, as Pep's team has just finished first in the group over PSG; that speaks very well of them.

Now we have the clash between Bayern Munich vs Red Bull Salzburg to be played on February 16, 2022 and the second leg on March 8, I personally think that Bayer has benefited a lot to get the pass to the quarterfinals, as the Bavarian team has beaten them with ease the times they have faced them.

Inter vs Liverpool will play at the same time and on the same day. Personally, I think that both teams were disadvantaged in the draw, Klopp's team are favorites in the series, a nice clash of two European giants.

Then, we have the current champion, who being second in the group got an accessible team like Lille Olympique Sporting Club, I think they have an 80% chance of reaching the quarterfinals. The match will take place on February 22, 2022.

This match between the Yellow Submarine and Juve, I see it with a lot of possibility that the Spanish team will hurt them and surprise the Italians. Let's wait and see what happens on February 22, 2022.

The following day 23 are the last two games, Atletico Madrid vs Manchester United. I think we all want to see how CR7 returns to face one of his favorite victims; the Portuguese star has scored 25 goals, 7 of them in the Champions League in 10 games. What a game we have coming up gentlemen.

And the match, which for me is the most even, Benfica vs Ajax, but always giving a plus to the team from the Netherlands for its history in this competition and leaving out the team of Eerling Halaan, Borussia Dortmund. On the other hand, Benfica, which has its merits for leaving out Barcelona, which is not going through a good moment and will play Europa League, which has not played this competition for 20 years.

The road continues towards the final that will be played on May 28, 2022 at the Krestovsky stadium in St. Petersburg, Russia.

16 teams fighting to be the biggest in Europe and conquer the longed-for crown. The table is set and we have spectacular matches, only the best are left in search of glory, I can only tell you to wait for those days that the show will be amazing. 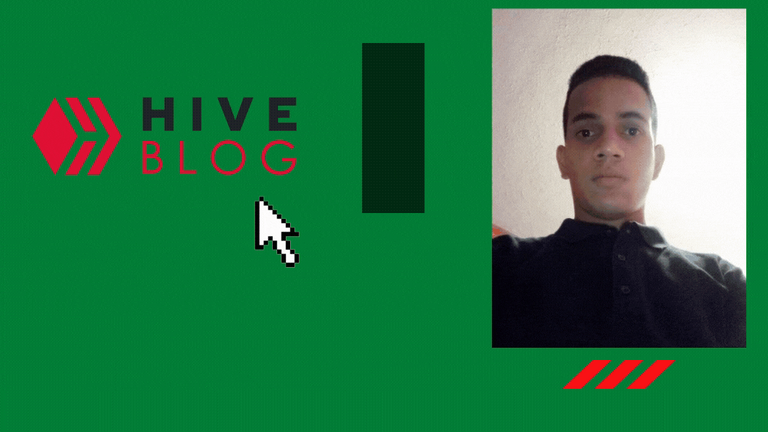