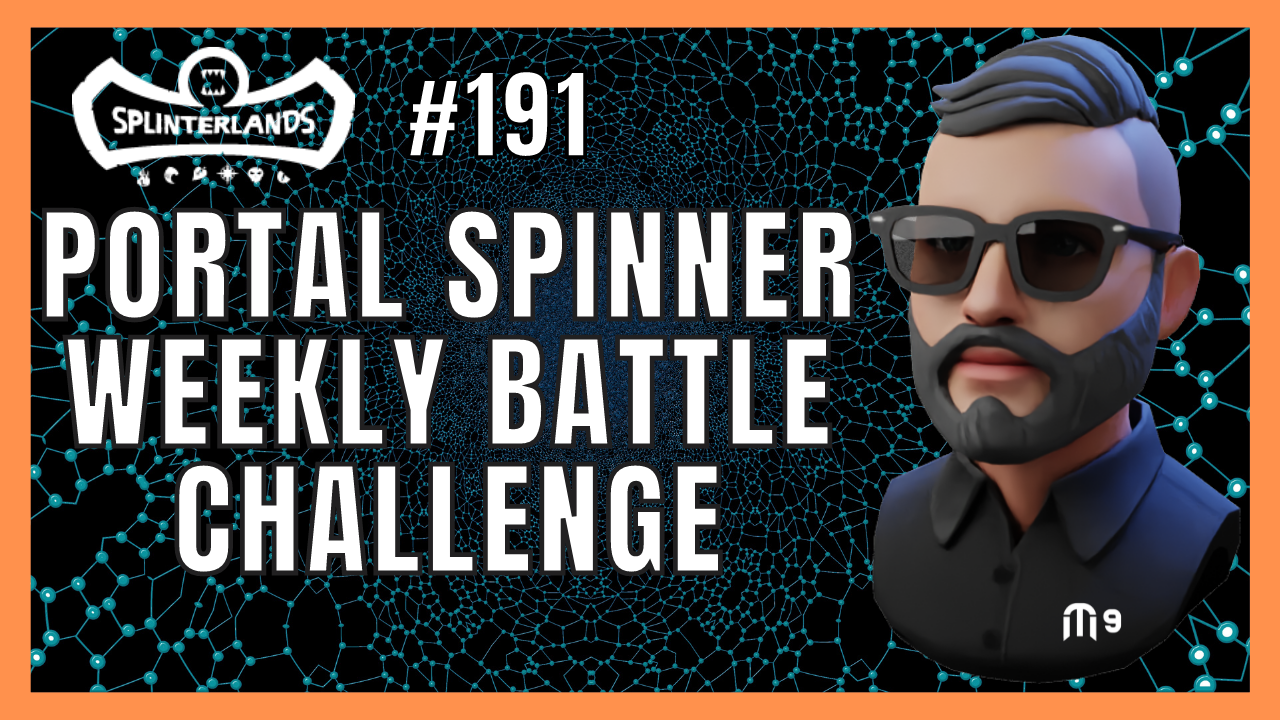 This week’s battle challenge focuses on the Portal Spinner. 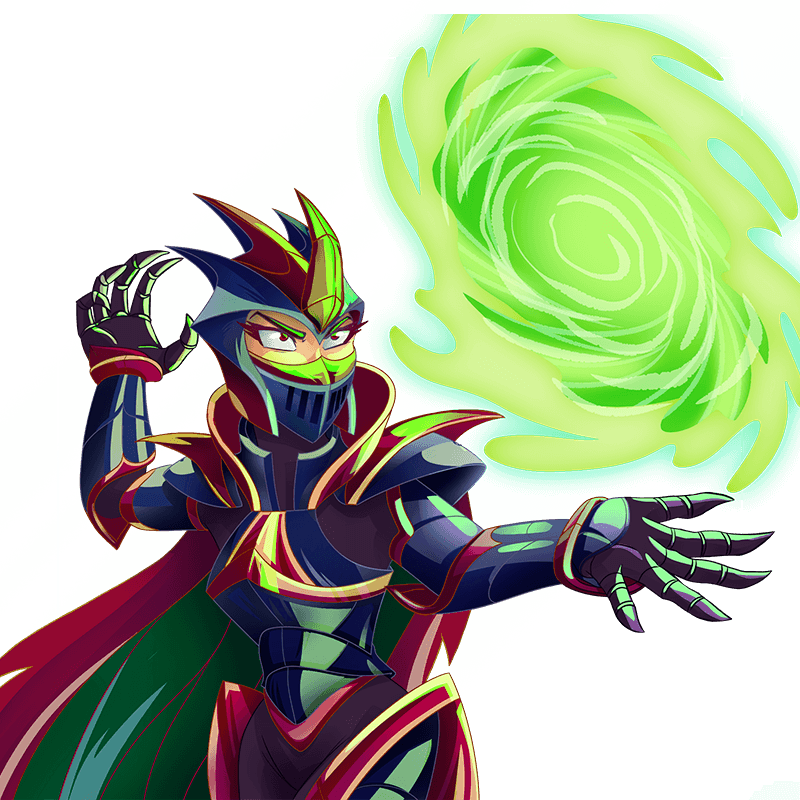 A Chaos Legion rare level monster from the Life unit at level 3:

When I look at the art of the Portal Spinner, I can't unsee the Portal Spinner spinning a ball of life magic and hurling it at the enemy like Naruto unleashes a Rasengan at enemies. While it doesn't seem Portal Spinner is as overpowered as Naruto, it has its uses. On the plus side, the armor is helpful as it provides that extra bit of survivability in battle and does decent health and damage. The speed is a bit of a letdown and does result in misses when going up against speedy monsters. Then again, in Reverse Speed rulesets, it will prove useful. 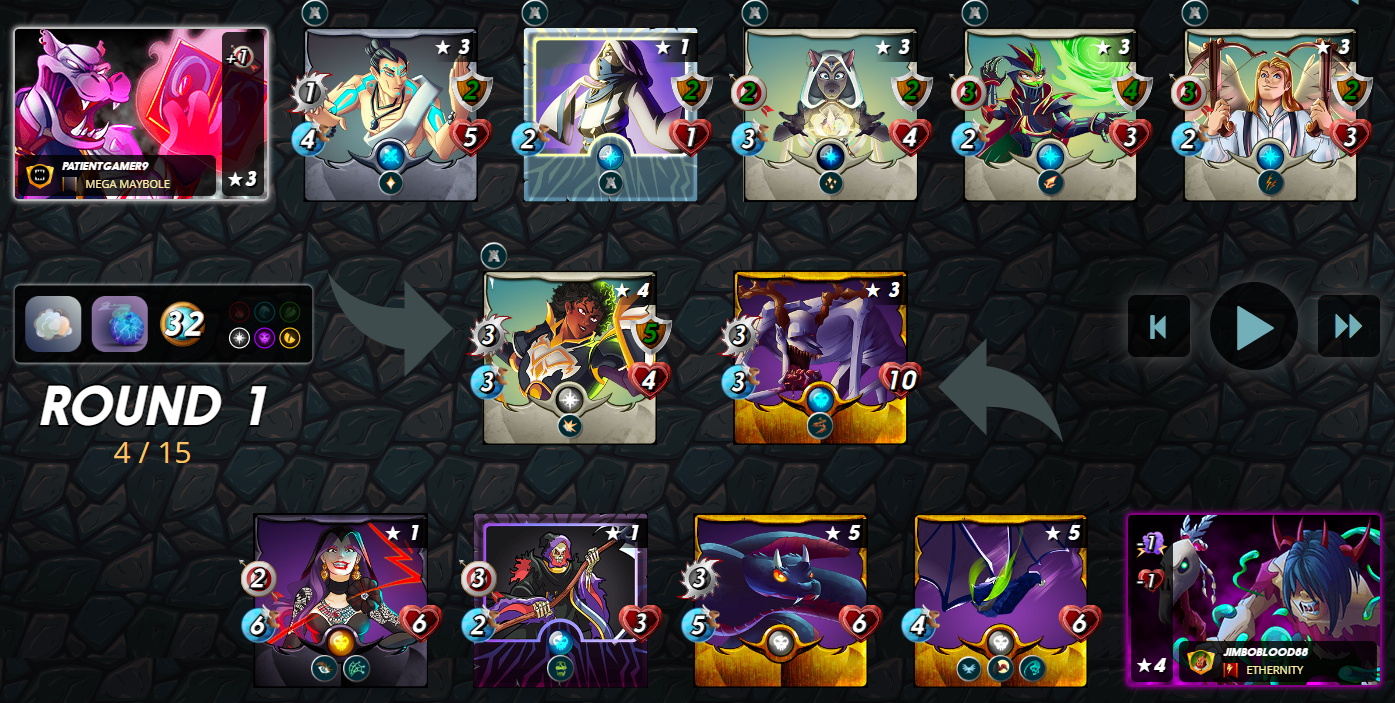 Going into this battle, I thought I was toast when I saw my opponent's lineup; higher-level monsters and a legendary monster. Nonetheless, what transpired surprised me. I stacked up on the range monsters in the backline (Venari Crystalsmith + Portal Spinner + Pelacor Arbalest), which would gain three extra range damage thanks to General Sloan +1 range buff. That's 60% additional range damage, and these are the kind of small margins that turned the battle in my favor and resulted in a fantastic victory. As for Portal Spinner, the positives and negatives were on display in this battle. I was having that additional armor buffed by Truthspeaker Protect ability aided in it surviving this battle and especially in a Lost Magic ruleset. However, the low speed resulted in it missing a few of its hits—nonetheless, a great victory to add to the history books.

Do you like the Portal Spinner? Why or why not?

The Portal Spinner is one of those cards that is an average middle-of-the-road kind of card when you compare it to the rest of the splinterlands cards. It's not bad, not good, but just okay, i.e., the average c grade student. Yes, it does have some usefulness in specific rulesets, and the armor does aid in its survivability. Still, as the battle showed, it's not going to be the silver bullet dominating battles.

Are you new to splinterlands and want to learn to play the game? Check out my Ultimate Guide to Splinterlands: A Collection of Articles and Guides 2021. If you enjoy reading my splinterlands content, please follow and support me by signing up to playing splinterlands through my affiliate link: https://splinterlands.com?ref=mercurial9. We both would have a chance to receive a cool NFT!

Thank you for reading, and I hope you have a good rest of the day!

It's not bad, not good, but just okay, i.e. The best part of the post.