Realizing the importance of wealth distribution within a community

What’s the point of being the only rich person among hundreds or thousands of people within a community, some will argue-control’, but wouldn’t that be exhausting?

I think when a larger percentage of people are on the same level of wealth one is or around it(assuming one is rich), on an average, within a community, then y’all can accomplish more. A community of 1000 Jeff Bezoz will accomplish more than a room of 1 Jeff Bezoz and 999 next-guy-on-the-street.

This is why distribution of wealth is important, do you know how many Ethereum millionaires are there? I’ll argue a lot! Mining Ethereum is not as technically complex as mining Bitcoin, you need cool ass GPU on an average level, internet and electricity,.......

.........but back in the day anyone could mine Ethereum with not so high ended graphic cards, internet and power supply, this was after a huge amount of people had become aware of Bitcoin so it’s natural to think that a lot of people mined Ethereum.

Isn’t it obvious why Ethereum is booming all round? If cryptos were cities, Ethereum will be Beverly Hills. Imagine you have a shop in Beverly Hills, your chances of success is very high due to the network of people you’ll be exposed to that’ll eventually become your customer. This is the same with every other community. Distribution of wealth is very important. 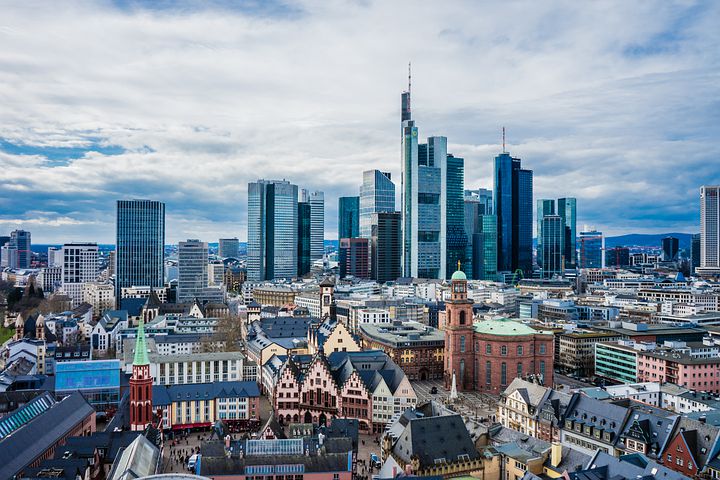 Ethereum will keep winning because we can say that no matter how unequal the distribution of wealth on Ethereum is or how out dated the project is, they have the influence to continue to hold the top because they have a loyal enabled community that will fund innovations as we have seen time and time again.

I’m quoting CryptoPunks here and all other booming project out there right now that stemmed from Ethereum.

To be honest, Ethereum has paid its dues, But then, the world yearns for more because there’s just so much to be done that needs the collaborative effort of financially empowered people, and we’ve started to see systems that makes this even easier to achieve.

In my opinion, Hive has the best wealth distribution system in existence, the easiest way to mine Hive is through ones brain, it can also be mined by staking and voting, operating nodes and setting up witnesses which is something not everybody can do. But on a basic level, anybody can mine Hive.

We are seeing financial empowerment coming to fruition on Hive from the base level. As an evident of distribution of wealth on Hive, we can see businesses and applications built within Hive becoming successful, someone who wasn’t able to invest $100 2 years ago, can do so now after accumulating some hive tokens over time.

Look at the case of Hive CryptoPunks, Blockhead aka Marky made 200k hive in less than 3days, Hive cryptoPunks don’t even have a use case and yet it was sold out in less than 3 days. But hey, he’s paid his dues and so have everyone who aped into the project on Hive. Again, Hives wealth distribution has a huge part to play in this.

Hive hit an all time high today at $1.5, my wallet balance reached its highest value ever but while it was all cool and nice, what I could see more was capital to invest more in projects that I’m highly excited about and participating in, Splinterlands, Leofinance, Cubdefi, Now replicate this over the hundreds and thousands of people within Hive community. 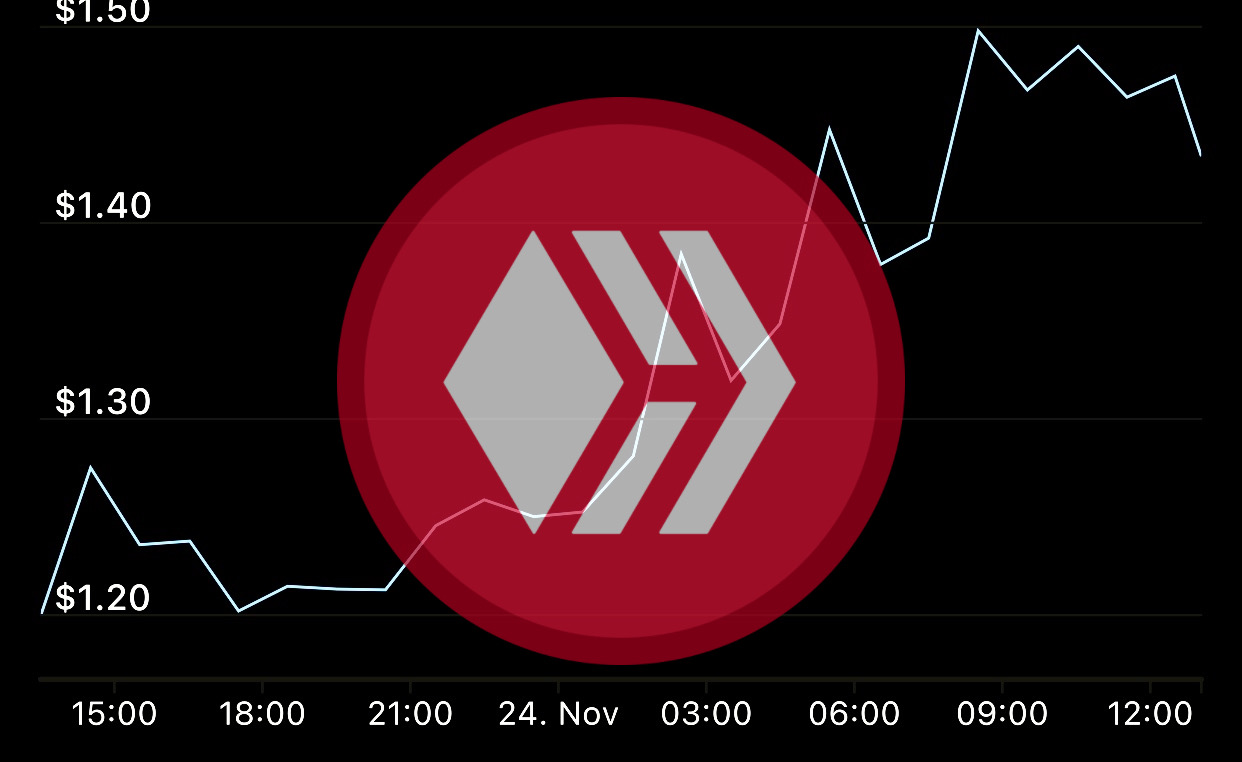 What do you think the ripple effect of this will have on the Hive economy? Hive is at $1 and it feels like we’ve seen so much while we are seeing only little, when Hive becomes 5$, things will start to be clearer, you will not see one present user/holder who will complain about paying for transactions with Resource Credits.

Because at some point in time people might have to start paying for resource credits to perform transactions but you know what? Most people, with Hive Powers over 1000Hp at this point will not even feel it, How many are those already? Thousands perhaps! taking a cue from Ethereum.

Every other community with a front end powered by Hive is a subset of this distribution model, Leofinance for example. Anyone can earn LEO tokens, as such person becomes part of the community, wealth begins to spread to the person based on the persons actions.

Everyone becomes a valuable member and contributes to the success of that economy.

My latest mind blowing investment stemmed from Leofinance, SEED, through a community member that possesses better skills in investments, I was able to invest a little portion of my earnings into the project. 1SEED was worth 1$ initially and 1SEED is now worth $3.75 last I checked. I actually wish I invested more. 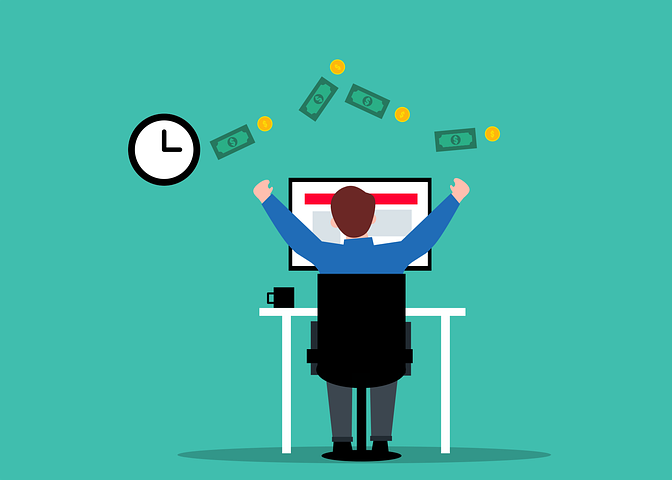 Other people invested in thousands, some don’t plan to take out their earnings in years, some plan to buy back more hive with it. I’ll like to buy more Hive with mine at some point, or Leo, or CUB. Isn’t the boomerang effect obvious?

Splinterlands is another typical example of the product of Hive’s Wealth Distribution system that is presently distributing wealth that is making its economy flourish and will continue to do so.

Wealth distribution is very important to the advancement of humanity. The legacy system has intentionally limited the masses from attaining financial freedom because they want to remain in control. But this system stalls innovations that could have huge impact on humanity , look at what several communities have accomplished with wealth distribution over the little time.

somewhere
For those that don’t have much, even that which they have will be taken from them.

Am I overstepping it?

What I know is that Wealth Distribution secures and strengthens an economy and it is apparent that there is so much more to bring to life as we become a financially capable/wealthy community, anyone who is excited now hasn’t seen anything yet. Gear up fellas....

Hive is more accessible and this should be reason enough for adoption especially when it comes to wealth distribution. They are many projects I wished I invested on, but then one thing I love about the hive ecosystem is that there's always opportunities for people who felt they've missed out.

Yup correct, there’s always an opportunity to be part of something.

The opportunities on Hive just keep expanding. We are seeing so much created that we are becoming a small country. You used the city analogy, but I prefer one of nations.

Ethereum is like the US, a thriving economy. Hive is more like a developing nation, small but growing. We see more being added that is enhancing the value of the overall. Right now, our major "industry" is @splinterlands. However, we can see the branching out in a big way.

Lol true I think nations fit better, then we can have splinterlands as a city within Hive or an industry as you’ve said

Sooner than later El Salvador will probably look more appealing than the US, considering its Bitcoin progress.

Def. I totally stand by this

Cryto is a meritocracy - it rewards those who contribute, innovate, and take risks. You could argue that it is the "land of opportunity" that the United States used to be. It will take quite some time before we see how the wealth is distributed in this new digital world.

Used to be - very key word.

The distribution has already begun.

Somehow you need Ethereum these days than you can say you actually want to use it. With Hive is a totally different story.

There’s just nothing like Hive out there, and not a lot of people know this