Thoughts about the $HBD pump and the impact of PHBD(PolyCUB) 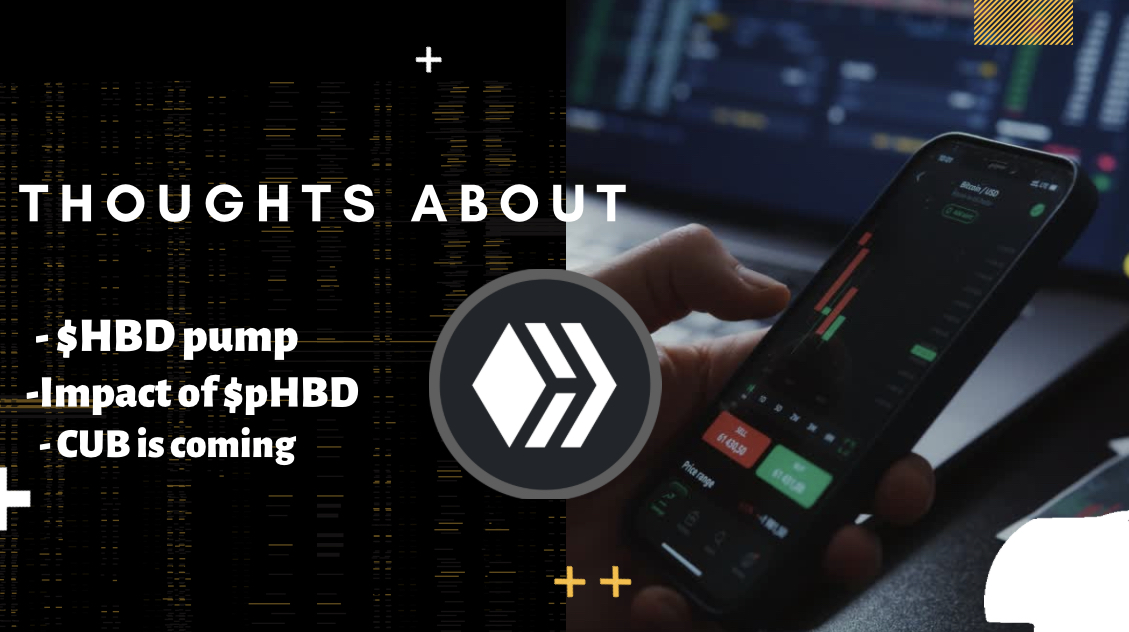 While the rest of the crypto market today was lull, there was a lot of fun on the Hive ecosystem as we saw many things come to play at about the same time.

It all started when HBD began to pump heavily for some reason no one knows in the early hours of the morning, the price of HBD spiked to $2.6 levels, way above its peg, an anomaly, yes, but not a strange one.

Today was a nice experiment at seeing what happens when it goes above its peg. People with liquid Hbd and the stabilizer bot were able to arbitrage the opportunity.

I look forward to seeing data on how much Hive got taken out of the market by the HBD stabilizer at this pump. I also look forward to the effect it’ll have on the price of Hive in short term.

Also, today turned out to be a good day for Polycub LP’s especially in the phbd pools, everyone with pHBD had the opportunity to sell their HBDs at premium(1.6$) and they also contributed in helping to bring the price of phbd back to its peg. 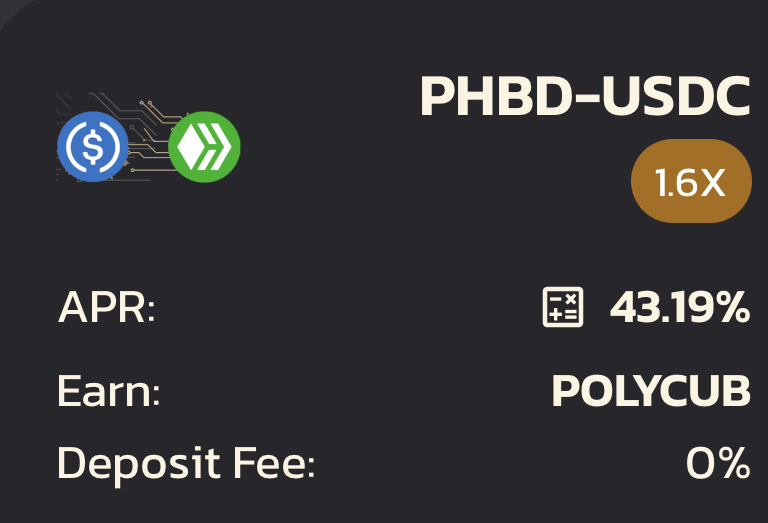 With pHBD, you can basically eat your cake and have it. Your hbd is liquid while it’s working, generating you sometimes more than 20% apr offered on Hive.

But Ofcourse on hive, you’re guaranteed high level security for a little inconvenient 3days lock up period……which turned out to be a pain today as most people with Hbd’s locked on Hive couldn’t take advantage of the pump.

At the time of writing this post Hbd is still on its way back to the peg, currently worth around $1.12, this time, it took a longer time for the peg to be equalized, certainly not the best, but it works and can only get better from here.

Cub is coming back

Leofinance made a tweet hinting the come back of CUB in progress. What this means is that CubFinance will be upgraded to perform Polycubs operations but on BSC instead of Polygon. This is super bullish for Hive and CUB, CUBFINANCE will automatically become the best Yield optimizing platform on BSC. Fun times pals.

It is like there is no sad moment in Hive.
If it is not Hive it is HBD or it is #PHBD.
Funny you said have your cake and eat it too.

Can't wait to see what #Cub finance has in store for us.

Hey @mistakili, here is a little bit of BEER from @pouchon for you. Enjoy it!

There is now bHBD on Cubfinance. This is an important step forward.

We have to keep expanding and developing around HBD.

This is super bullish for hive. Many do not know it yet

I hope this is a good experience or experiment, because with HBD being termed as a stable coin going above its peg, can this mean something negative?

Does this tells the unstability in it?

Yeah it does, I think at this point it’s absurd to expect algorithmic stable coins to be as stable as centralized stable coins, where algos lack in stability, they make up for in decentralization.

At the end of the day it’ll come to the trade offs, which are you willing to sacrifice for the other? Till we can have them both in one if ever.

Moreover as long as there are mechanisms to correct the peg as in hbd, it’s as good as it can get.

That's excellent 👏 thanks so kindly for the upvote and the kind reply.

The best part is how much liquidity providers gain in fees on days like this. The volume on Polycub pools yesterday was huge!
On top of that, the Multi Token Bridge was able to earn a lot of money for the treasury because a ton of people were bridging HBD to arbitrage the pump. It was amazing on so many levels, I love these unexpected pumps!

The best part is how much liquidity providers gain in fees on days like this.

Was actually worrying to see as how can anyone sell the idea that this is a stable coin. If we want businesses or something else to use it how it should how can they? This has done damage long term until a proper solution can be found as this is not working even though it came back to it's peg it should never have left.

Truth is there’s not one stable algo coin out there that is all round stable and decentralized, here we look at the mechanics that ensure the peg is restored, this is as good as it gets at least for now.

We shall see how Djed performs as that is launching this weekend as the Cardano stable coin. That is run on smart contracts and is totally decentralised.

I hope it’s a success, then many can learn from and even further improve upon. But until then..

Hey @mistakili, here is a little bit of BEER from @isnochys for you. Enjoy it!