What could you have done better in your crypto journey? 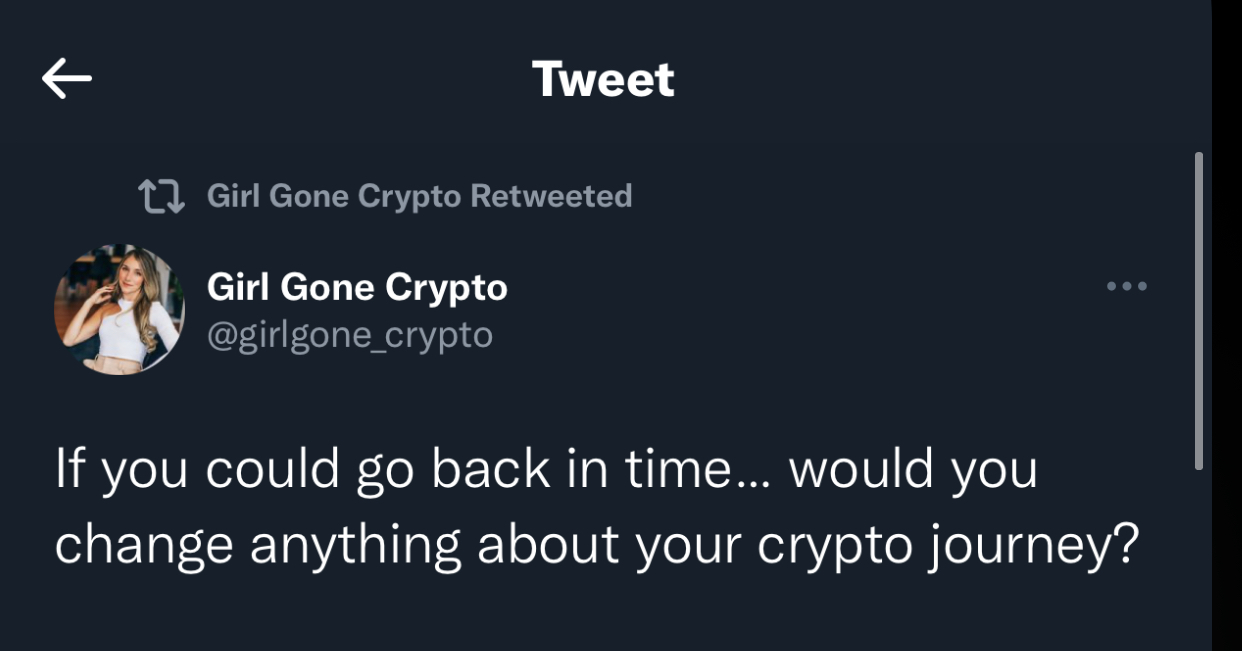 Sometimes I look back and think about what I could have done better upon entering into crypto. Among other things, one that puts a sour taste in my mouth is the amount of money I could have made all together, like I’ve always said, Hive has been my most profitable investment, if I’d stayed strictly Hive, I would have made so much more money than I have.

But that’s just one way to think about it, venturing and investing into other projects within crypto helped me learn a lot more about developing cool stuff like DeFi, GameFi

……………all that time spent in doing research, money lost in experimenting and energy spent in figuring protocols out and actually contributing to those projects in one way or the other is not a feat that can be monetarily valued.

This space is just about 13 years old and has grown to be a $900billion investment asset class. Concepts like DeFi, NFT’s, GameFi are barely 3 years old, many of which we know today will become the foundation of what will be built in the near future.

So to answer the question what would I have done differently, I think telling people what and what not to invest money into would be second to taking profits. Yes, taking profit at the top, selling everything and buying back later down the line, I think this will be my ultimate move, so it all still boils down to the amount of money I could have made.

But it’s all good, cycles come and go, best is to take lessons from here into the next one.

Not invested with Celsius :p

I feel you man, I feel you. I’m wishing you speedy recovery….

Well, don't worry about. It was only 1200$.
Anything I invest in Crypto, I see as lost money either way xD

But having that 1200$ invested in Hive, would have been much better though xD

Taking profits is always key. I think that when we are in the heart of a full-blown parabolic surge many forget just how devastating bear markets can be, especially for alts.

I have to admit that during this past bull run, while I knew we were in a bull market, I did get carried away with thinking it wasn’t over.

The biggest mistake that can be made about crypto is not investing in crypto at all. Another major mistake would be to approach crypto investing short term. The third mistake could be to rush into a crypto investment. I made this third mistake. I made my first investment at the high point of the 2017 bull season. It can be an excellent strategy to start small and increase the amount as you gain experience.

That’s the ultimate truth, not knowing these things now will be a big mistake.

I would have taken some profits and make sure I had some more ammo for the bear run. Taking a bit of it off the top wouldn't of broken me and I see a lot more deals on things that I wouldn't mind having more of.

Taking profits is hard! When it ain’t much! :)

Thanks for sharing. !PIZZA