How are you all guys hope you will be blessed and fine here is another post about the Splinterlands game in which i will be sharing the quest rewards and the new league advancement. The Twilight Basilisk is one of the fiercest predators that lives in the sands surrounding the Draykh-Nahka city of Centrum. They are considered reptiles in the snake family, although some older residents of the Dragon Splinter think of them as Dragon relatives. Read more

Total 4 BCX owned of this card now from the quest and season end rewards also this season is about to end soon so hopefully will get some more card in this season rewards that would be helpful for my collection to upgrade these cards. However, this card is a low mana card that could be useful in the little league ruleset because it costing only 4 mana cap and can be use from the 2nd position in your team with dragon summoner.

This is card is not an expensive card as it is cheaper right now but no one knows that what will be the price of this card in near future and you can see the examples of other common and rare cards from recent editions and rewards cards. However, the abilities are awesome that you can get reach ability and stun at level 5 which is perfect for knock-out ability. 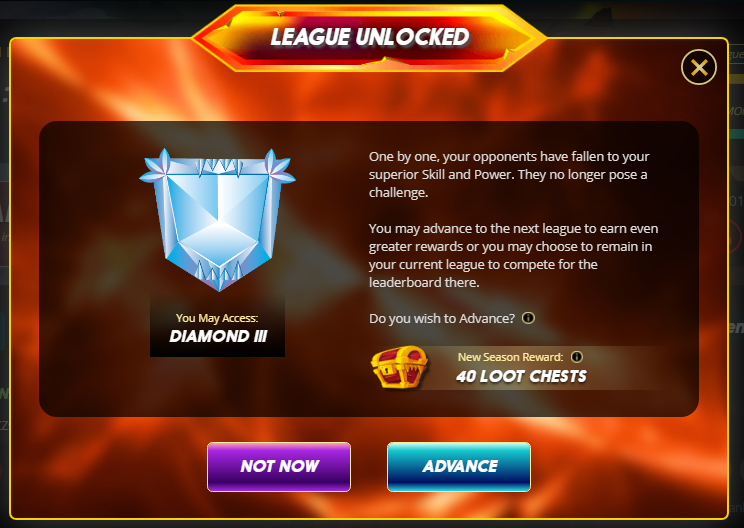 Finally reached to diamond 3 league before season-ending still 1 day and few hours are left so i will try to reach another league if possible where i will get 50 loot chest and if not then i will get only 40 loot chest for the season end rewards which is also good and enough for me because you can not touch the diamond leagues with less upgraded cards so i will try my best to reach the next league. 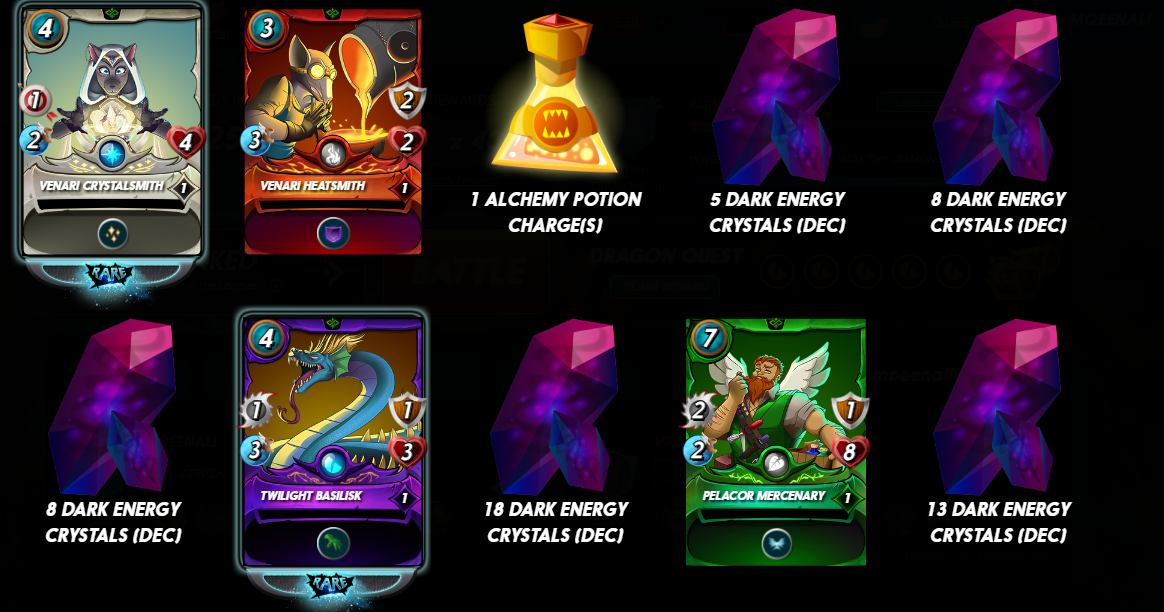 These are the quest rewards with the diamond league in which i got two rare cards the one i shared above and the next will be in the next post along with two common cards and few dec tokens and a single potion charge. However, just bought some more dec tokens while investing round about 1300 hive to buy some SPS tokens and bought 50k dec.