A Strategy Framework For Splinterlands Gameplay 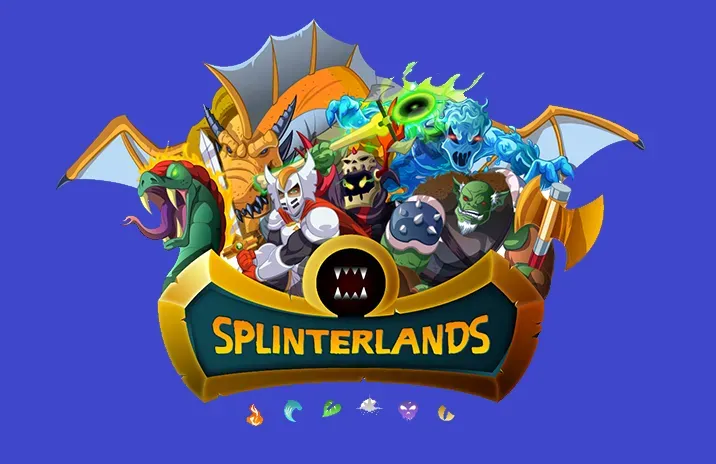 I have been playing Splinterlands intensively since the beginning of October. I'm playing the game on two separate accounts. At the end of last season, one of my accounts had reached the gold league, and the other had reached the silver league. All accounts are relegated to a few lower leagues at the beginning of the new season. Now I'm back to the leagues I completed the previous season.

Splinterlands is a surprisingly sophisticated game. It took me a long time to get to know the details of the game. My winning percentage hovered around 50% for a long time. Defeat is the best teacher. I inspected my battles and worked on my weaknesses. Yesterday and today, I reached a winning percentage of around 70%. My winning percentage will probably drop as I move to higher leagues. On the other hand, I believe my job will be easier as a strategic framework is formed in my mind.

When I started playing Splinterlands, I assumed that I would find plenty of resources on the strategies I would follow in the game. There are blog posts with helpful tips, but I couldn't find a strategy guide for the whole game. This situation is understandable. The game's sophistication makes it difficult to make general strategy suggestions. Because strategies differ according to the league we are in, the cards we have, the element we prefer, and the constraints applied explicitly to the battle.

Nevertheless, it is possible to draw a general framework for Splinterlands' strategies. I will try to do just that in this post.

Selection of Elements to Focus on

As we all know, monsters and summoners are in one of the seven elements in the Splinterlands universe. Mastering two or three elements can make it easier for us to progress in the game. Focusing on specific elements will also reduce the number of cards we need.

Neutral cards are used with summoners of other elements. So it would be wise to have a few of these cards.

Some elements are good at specific types of attacks. For example, the earth is strong in magic, fire in the melee attack, and life in the ranged attack. In other words, these elements have many card alternatives in these attack types.

My favorite elements are life, earth, and death. We need to have card alternatives that we will use at different mana levels in the element we specialize in. If we are achieving high success in an element, there is no need to seek adventure. The game makes it mandatory to use different elements in high leagues.

Summoner Traits And Compatibility With Monsters

Summoners occupy a critical position in Splinterlands as they affect all monsters. Summoners can give their team positive attributes or negative ones to the opposing team. The first strategy that comes to mind is to include many monsters with the summoner's feature in the team's formation.

Summoners are among the expensive cards, so having multiple summoners for an element initially seemed luxurious to me. However, I've seen players use different summoners, especially in the gold league. It may be beneficial to have a second summoner on the most used element following the cost-benefit analysis.

The reward mechanism in Splinterlands is as sophisticated as the game itself. The reward varies considerably according to criteria such as capture rate, gold/alpha/promo card usage, and guild membership. A winning streak also affects the reward amount.

The capture rate decreases after each battle and increases as time passes. If the number of games played per day does not exceed 20, the capture rate remains above eighty percent.

A winning streak increases the number of rewards and the required points to rise in the league. We get about twice the rating during the series.

Initially, I assumed that gold cards were expensive compared to regular cards in any case. However, some gold cards can be rented at a price close to standard. The use of gold cards helps to increase the prizes.

In addition, using the card types determined for focus chests can dramatically contribute to the score. However, I am not abandoning my strategy to add focus cards to my deck.

Creating a Deck of Cards

There is a cliché saying, "Good football is played with good players." Indeed, no matter how well we create a team strategy, winning is impossible if there is a clear difference between the card qualities.

Splinterlands has two game options, Modern and Wild. I'm playing in the Modern version, where certain card levels are prescribed for certain leagues. Each league requires different card power levels in the Modern version. We cannot play in the higher leagues without having a solid deck of cards. We can't be permanent in the higher leagues if we play with a weak deck of cards.

The fact that there is a mana limit in the battles makes cards with minimal and massive mana scores important. Almost every element has legendary cards with zero mana scores. These save lives in low-mana games. In addition, for games where 50 or more mana is allowed, it is necessary to have cards with a mana score of 10+.

I'm buying the cards; I'm renting them for seven days. Because I don't know in which league I will fight permanently. Some epic and legendary cards do not contribute to the team setup. I don't rent such cards again.

I have outlined some strategies above. I'll probably add to these strategies as I gain more experience in the game. I may even realize that I have formed wrong opinions on some issues. We have to play a lot to progress in the game. And plans may need to be revised down the road.

My priority when it comes to Splinterlands is not to make money. I take the time to play the game because it's fun. The joy I feel when I win several games is priceless.

Cards in the game can have 64+ abilities. It takes quite a while to understand and internalize each of these abilities. Some features work in specific games. For example, the Immunity feature plays a critical role in poison games. Analyzing defeats allows for learning from competitors.

Let's see what the next days will bring.

Great to see that you are setting up your strategies. Splinterlands is an amazing game for those who enjoy cognitive involvement in the games ^^