How To Build A Passive Income Stream Using Stablecoins? 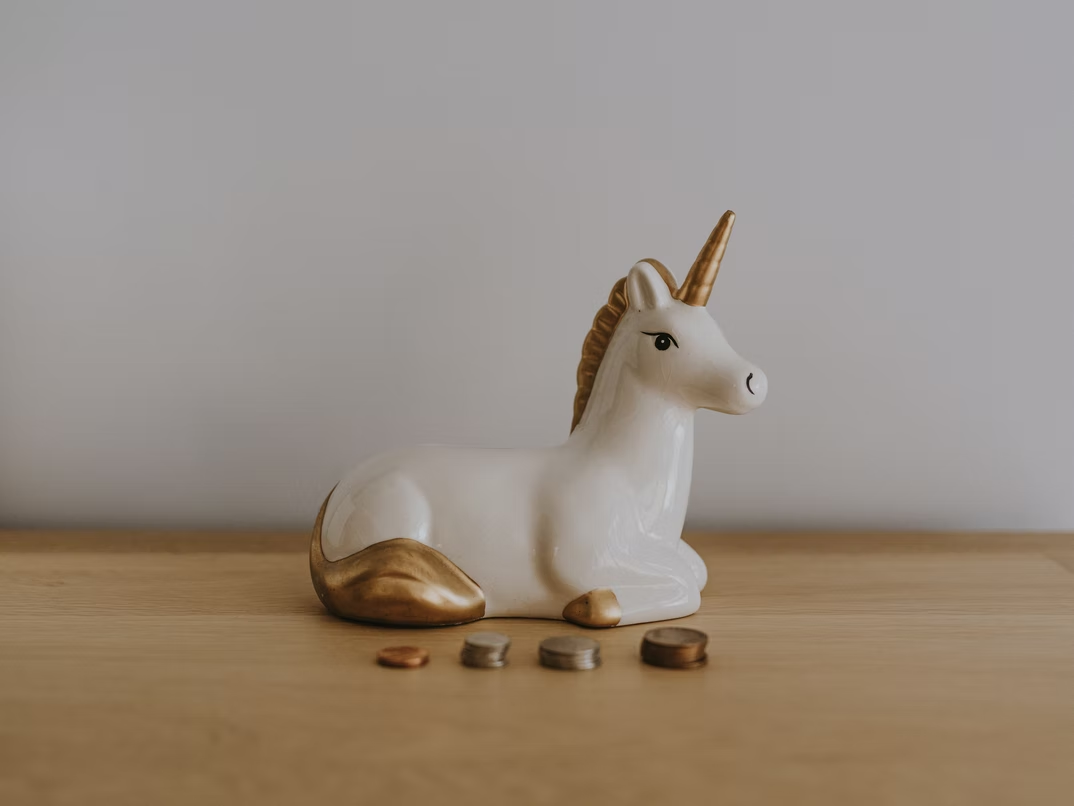 Stablecoins was one of the popular categories of last year's bull season. The UST launched by Terra collapsed dramatically in May. This incident raised the question of how reliable stablecoins are. After the UST collapsed, there were rumors of the collapse of many other stablecoins, but the failure was limited to the UST.

There were historical days in the crypto market last May and June. Stablecoins have been put to the test under extreme market stress. And indeed, all but UST have passed the class. Of course, we know that not all stablecoins are equally reliable. In this article, I plan to touch on the types of stablecoins, evaluate the reliability of the main stablecoins, and finally propose a portfolio of stablecoins.

The first stablecoin in the crypto market was created in 2014 by Dan Larimer, founder of Steem and Hive, and Charles Hoskinson, founder of Cardano. BitUSD, algorithmically supported by the Bitshares coin, could not remain in the market after losing its peg in 2018.

The value of fiat-based stablecoins is protected by holding cash collateral in fiat currency for each coin issued. The collateral consists of dollars, and short-term treasury bills held liquid in the bank.

Launched by Tether in 2015, USDT is the oldest of the fiat-backed stablecoins. USDT is also still the stablecoin with the largest market cap. Tether has recently been criticized for adding commercial debt securities to the collateral pool. Another criticism brought to Tether was that it was not transparent enough about its collateral. When the market became fragile last May, Tether came to be seen as the elephant in the glassware. Because a collapse in Tether could cause irreparable damage to the crypto market. From the beginning of this year, Tether finally listened to the criticism. It started to take steps to reduce commercial debt securities and increase the transparency of its collateral. When the market fragility grew, new confidence-building measures were taken, and USDT successfully overcame this difficult period.

USDC, another fiat-backed stablecoin, was seen as a haven during the stressful times of the crypto market and gained market share. USDC, issued by the Circle company, is still considered the most reliable cryptocurrency. Factors such as having only cash and US treasury bills as collateral, being subject to US regulations, and being subject to independent auditing, form the basis of this trust.

Binance USD (BUSD), issued in cooperation with the Binance exchange and the blockchain firm Paxos Trust, has similar features to USDC. BUSD, which ranks third after USDT and USDC in market share size, is subject to US regulation and has a solid collateral pool.

TrueUSD(TUSD) is a stablecoin launched by the parent company TrustToken. TUSD, which currently has a size of $ 1.5 billion, is a fiat-backed stablecoin that has been successfully functioning since its launch in 2018.

DAI is an Ethereum-based stablecoin issued by Maker DAO. The value of DAI is provided by holding a group of cryptocurrencies, primarily Ethereum, as collateral. Since the price volatility of cryptocurrencies is high, the coverage ratio for DAI is 150%. In the year's first half, even as Ethereum's value fell by a quarter, DAI could maintain its value, which was tied to $1 as a soft peg. We can say that DAI gives a perfect test in this sense.

Magic Internet Money(MIM) Yearn is created by giving tokens such as Curve and Sushiswap as collateral. Similar to DAI, over-collateralization is a protective factor for the MIM stablecoin. Still, MIM is not a coin I would want to invest in.

In algorithmic stablecoins, the price stability is provided by another cryptocurrency to which the coin is linked. The UST issued by Terra was an essential representative of this category, but the UST crashed, dragging the value of the Luna to which it was attached to zero. This type of situation is called a deadly spiral.

Operated on the Hive blockchain, HBD is one of the oldest algorithmic coins on the market. HBD has two safety mechanisms to prevent the death spiral from Terra UST. Initially, only ten percent of the Hive's total market value is allowed to produce HBD. Secondly, if HBD's value exceeds ten percent of Hive's market value during dramatic price movements, the "hair cut" rule comes into play. This means a specific cutoff in the conversion of HBD to Hive. The value of HBD is tied to a $1 soft peg. Therefore, even in normal market conditions, its price can fluctuate between 1 dollar and 95 cents. HBD is one of the stablecoins that tested well during the past year's turmoil. It is still among the attractive, stablecoin alternatives with its 20% annual return.

Neutrino USD(USDN), the algorithmic stablecoin of the Waves blockchain, was one of the stablecoins that lost its peg in May and were speculated to crash. Although the USDN price dropped as low as 75 cents on May 12, it later recovered. Although it is produced based on USDN Waves, unlike UST, its production has an upper limit. Also, the yield to USDN is lower than that to UST. However, USDN is not a stable coin I would prefer to invest in.

Finally, I would like to consider the USDD issued by the Tron blockchain. USDD lost its peg to 93 cents during the turbulent market, but its price recovered later. It was thought to work with a similar mechanism as it was a coin produced based on the success of UST. Still, USDD was released as an over-collateralized stablecoin available only to accredited investors. Algorithmic elements would come into play over time. It was also initially under the control of Justin Sun, as it has a highly centralized structure. These factors prevented the USDD from collapsing. Although there is still no problem with USDD, investing in an algorithmic coin other than HBD does not seem appropriate to me.

In the light of the information I gave above, USDC, BUSD, and DAI stand out as the most reliable stablecoins. USDT, which has the most significant market value, and another fiat-backed TUSD are the coins I have added to this list to provide portfolio diversity. In addition, HBD deserves to be added to this list due to its high returns. And it is working directly on the blockchain.

On the Binance smart network, Apeswap USDT-BUSD provides a 4.80% return on the liquidity pool. In addition, it is possible to earn an 8% return from the TUSD-USDC liquidity pool by using Quickswap on the Polygon network. If we summarize our investments in a table:

We have created a portfolio by distributing our stablecoin investment across coins, blockchains, and applications. The expected annual return of our portfolio is 13.94%. It looks desirable when evaluated in terms of the risk-return ratio.

As I am not a financial advisor, please do your own research.

This is smart if you ask me. The 2000$ investment on Hive at the moment and at this price would actually be a very smart move. Buying HBD with that potential 20% is a killer.

I am waiting for the prices to rise. If Hive's price passes the 1 USD mark, I can convert some of my Hives to HBD.

This is exactly true, I bought some HBD with Hive, when it was 2$, now I'm buying back Hive with HBD. It's smart business. If not for the debt I have to pay I'd be buying a lot of Hive at the moment

Such a great chart with solid numbers. Stablecoins are really useful for those who live in developing countries and suffer from decreasing purchasing power in their fiat money. I also use Aave & Curve Pools for my stablecoin portfolio.

However, USDN is not a stable coin I would prefer to invest in.

USDN was the one of the first targets of "smart money" to be depegged. I've been an investor of Waves since 2018 and Waves team developed several projects to scaffold stability of USDN.

If you visit Waves.exchange or Vires Finance, there are some juicy APR for stablecoins such as USDN, USDT and USDC ✌🏼

My reason for not preferring USDN is mostly about convenience. We should use a different wallet to make transactions on Waves, I suppose.

A terrific article that could have been optimized for better ranking in the search engines using keywords on the LeoGlossary Main Menu.

I have added the links. Thank you for the reminder.

My plan was to sell the top and put all that money into HBD savings. I missed the top and lost almost everything with LUNA. Strategies sound so good on paper, but so hard to make them happen. Maybe next time.

Hopefully, next time. I prefer to put eggs in different baskets. Most of my portfolio is on Hive, though.

i'd still rather a project like bitcoin myk that's goal is to a pay a citizens dividend to every participant of $1000 per month.

Look at that - It can be done!

Thanks for running the numbers :)